Nvidia’s GTX 970 might look like a tough sell on paper, but there’s no mistaking its impressive performance in our benchmarks.

It was a similar story in Bioshock Infinite. The Nvidia card handled both resolutions without complaint, and easily beat AMD’s card in both resolutions. It’s not far off 4K playability, either. 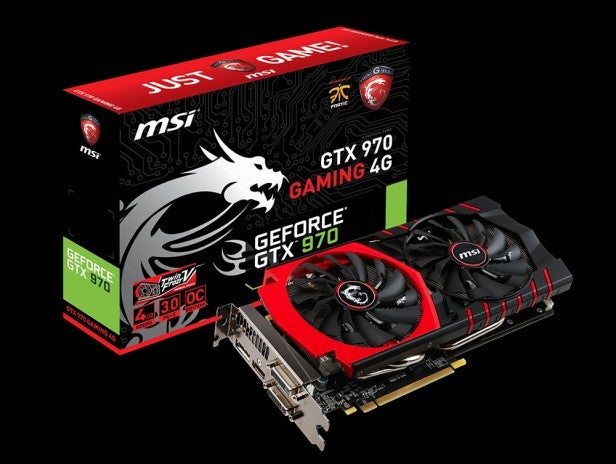 The gap closed in tougher games, with Battlefield 4 the first title where the GTX 970 was threatened by its competition from AMD. Nvidia’s card had better averages, but the AMD hardware had a slightly better minimum framerate at 1080. There was barely any breathing room in Crysis 3, either: at 1080p the GTX 970’s 28fps minimum was matched by the AMD card, and at the higher resolution the GTX 970 was only one frame quicker.

Our final test, Metro: Last Light, saw the GTX 970 return an unusually low minimum framerate – a phenomenom we also observed when testing the rival R9 290. It’s not enough to cause more than a tiny stutter during playback, and the Nvidia card proved better when it came to average framerates – it was a couple of frames ahead at 1080p and 1440p.

The GTX 970 was often faster than the R9 290, but usually by only a frame or two – and the close gap between the two cards was highlighted in synthetic tests. The Nvidia card was a few hundred points quicker than its rival in every 3D Mark test, but it was a single frame slower in Unigine Heaven’s Extreme benchmark when run at 1080p and 1440p.

The Nvidia card performed well in most of our tests, and its Maxwell architecture proved far more efficient than the AMD card’s older hardware. With the GTX 970 installed our test rig drew a maximum of 262W from the mains – over 100W less than the same machine with AMD hardware inside. And the GTX 970’s core peaked at 76 degrees – 18 degrees cooler than the R9 290. 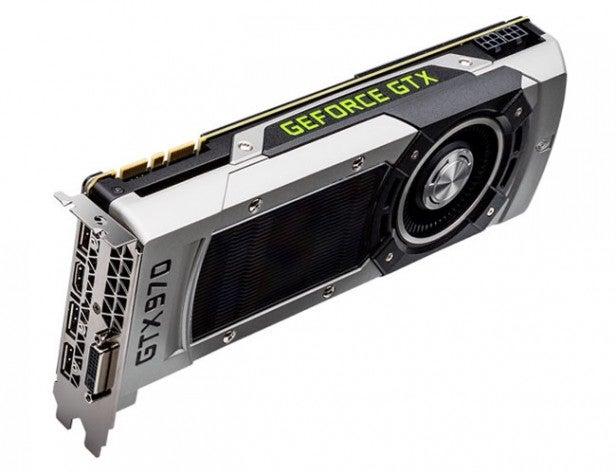 It’s always worth bearing in mind the different SKUs available when buying a new graphics card. The price we’ve quoted here, £257, is the cheapest GTX 970 we could find, but variants of the same GPU can cost as much as £319.

That wide variation in prices means that plenty of different options are available. Smaller versions of the card can be found, which are ideal for slotting into mini-ITX and micro-ATX machines, and many more offer overclocked cores to eke more speed from the same hardware. Many retailers are also participating in Nvidia’s latest game giveway, which bundles a copy of The Witcher 3 with every new GTX 970. That’s more generous than Nvidia has been recently, but it still doesn’t match AMD’s Never Settle deals, which grant three free games with new GPU purchases.

Consider your PC, too. You’ll need a power supply with two six-pin power connectors, and a case large enough to handle whichever SKU you buy.

Nvidia’s card is more expensive than its red-tinted rival, but there are several reasons to spend more on a GTX 970. It’s faster across almost all of our games benchmarks and, when the R9 290 is quicker, it’s never by much.

The GTX 970 doesn’t just win awards for speed, either. The Maxwell architecture makes it cooler and more frugal than the R9 290, which means it’ll save electricity and should prove quieter in use. It’s the best card to buy for rock-solid 1080p and 1440p gaming.