Editor’s Note: The GTX 1070 Ti is about to get a welcome update that’ll add support for ray tracing. Nvidia confirmed it’ll be adding ray tracing support to RTX cards via a driver update at its GTC keynote earlier in March.

The update will roll out at an unspecified point in April and should radically boost graphical detail on compatible titles. Ray tracing is a technology debuted on Nvidia’s RTX-series, Turing cards. The tech lets cards render more realistic shadows, lighting effects and shadows. We’ll be updating this review once the update rolls out. Check back then to find out how the GTX 1070 Ti handles Ray Tracing.

The GTX 1070 Ti is one of Nvidia’s weirder cards. Sitting between the 4K-focused GTX 1080 and mid-level GTX 1070, the new Ti feels a little like a play to make a quick buck before the end of the year, using cobbled-together spare parts.

The feeling isn’t helped by Nvidia’s marketing, which pitches the card as being tailor made for 1440p gaming and virtual reality, two areas it originally pitched the 1070 as covering. Times change, of course, but it’s been 18 months since the GTX 1070 originally launched so that’s quite a wait.

But if you take the time to delve a little deeper you’ll find the 1070 Ti is actually a pretty interesting beast, and a solid choice for people yet to make the jump to Nvidia’s new Pascal architecture. 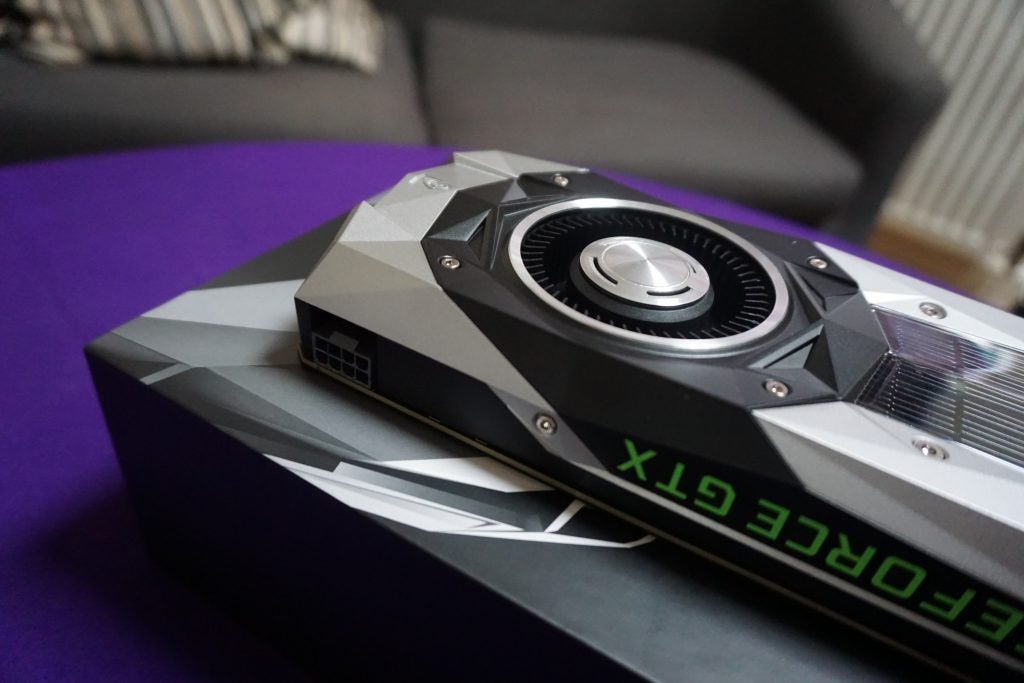 Pascal is the successor to Nvidia’s previous Maxwell GPU architecture. It improves on Maxwell using a smaller manufacturing process that reduces the chip’s fabrication nodes from 28 nanometres to 16nm.

The Pascal architecture lets Nvidia stack more transistors onto the smaller piece of silicon, in theory increasing performance while reducing relative power consumption. It’s because of this that the GPU has a reasonable 180W TDP (thermal design power), which is pretty good by Ti standards. In the past, top-end Ti-branded cards have been rather power-hungry.

But that’s old news: the world knows what Pascal is capable of, and the 1070 Ti offers little in terms of surprises. 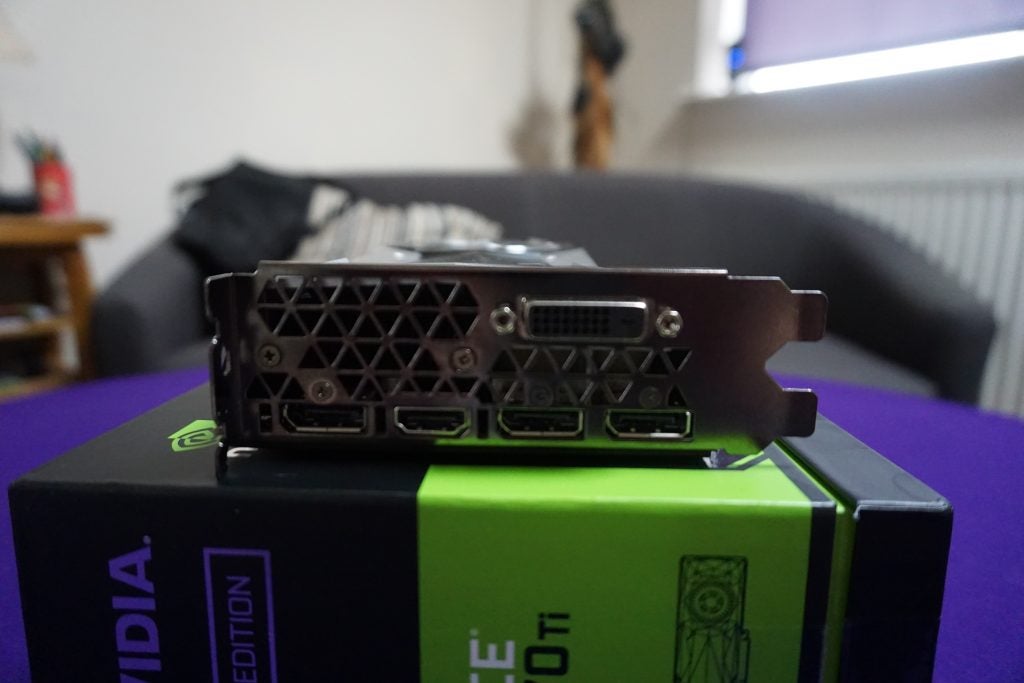 The boost clock speed downgrade will impact how overclockable the 1070 Ti card is, which will impede how much extra performance overclockers and third-party manufacturers will be able to get out of it.

The 10.5-inch, double-height Founders Edition card’s port configuration is also pretty par for the course, featuring three DisplayPorts, plus single HDMI 2.0 and Dual-Link DVI connectors. VR fans looking to use an Oculus Rift or HTC Vive will bemoan the lack of a second HDMI, but a DisplayPort converter will fix the issue fairly easily, and the single connector will cover Microsoft’s new wave of Windows 10 virtual reality headsets.

All in all, this adds up to mean the 1070 Ti is a fairly impressive card that, in our tests, plays AAA games with their graphics maxed in 1440p at over 60fps.