Aimed at smaller businesses looking for an affordable IP camera surveillance and recording solution, the NVRmini is claimed by NUUO to be one of the first standalone surveillance systems of its kind on the market. Two models are available with a dual-drive version and the quad-drive NV-4080 appliance on review here.


The appliance is supplied diskless so you add your own SATA drives which are held in place with simple plastic hot-swap carriers. The package doesn’t include any cameras but rest assured NUUO’s device support list is extensive and includes all the most popular models from the likes of Axis, D-Link, Sony, Vivotek and Panasonic. The four drive model can handle up to eight video channels while the dual-drive appliance supports up to four cameras. 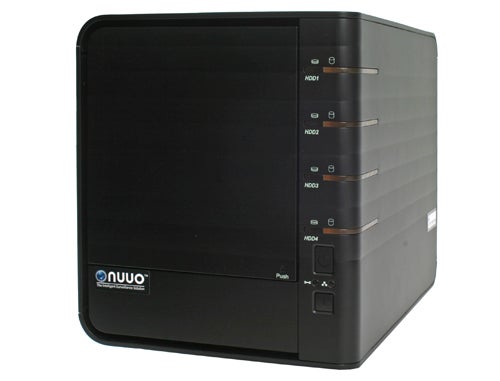 Initial installation is helped along nicely by NUUO’s Setup Wizard which locates the appliance on the network and offers an Express mode which aims for the best data protection and will set up a RAID-5 array for you. You can take manual control with the Advanced mode which steps through setting the date and time, configuring the network interface and creating a RAID-1 striped array for maximum capacity.


The appliance’s web interface is well designed and your first task is to start adding your cameras. To test compatibility we used a couple of Zavio F210A cameras, a Panasonic BB-HCM531 PTZ, an Axis 213 PTZ and the latest Axis P3301 fixed dome model. Camera setup is made easier with a UPnP search facility although this was only able to detect the Zavio cameras. Nevertheless, it’s easy enough to manually add cameras where you provide a meaningful name, an IP address plus login details and choose from an extensive list of manufacturers and models. 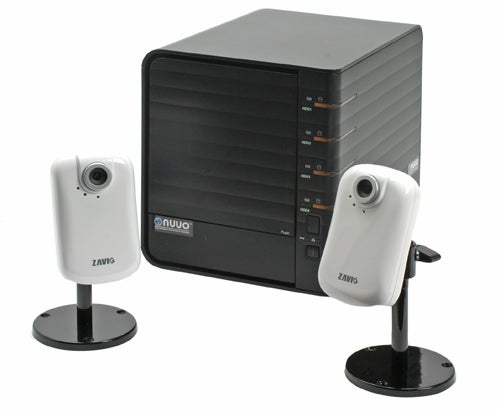 As the Axis P3301 is a new model this wasn’t listed but the auto-detection facility classed it as a 216FD which worked well enough. However, the P3301 is one of the first IP cameras to support the H.264 codec instead of MPEG-4 Part 2 and using the NUUO system we could only access it via M-JPEG. The 213 PTZ was correctly identified and although our Panasonic camera model wasn’t listed the auto-detection classed it as an HCM331, which worked perfectly.


The Live View page provides direct access to all active video feeds and you can view one, four or the maximum of eight cameras in the same screen. The Zavio and Axis P3301 are fixed lens models but when we selected the Panasonic and Axis 213 cameras we were able to control their PTZ functions directly from the Live View screen using the keypad alongside the video window.

Recording options are very extensive and if you have the storage space you can have all or selected cameras permanently recording straight to the appliance’s hard disks. Alternatively, you can use schedules and this is where it gets a lot more interesting. Basic time schedules allow you to activate recording from cameras between specific hours each day. You can create multiple daily time slots for each camera but you can’t specify certain days. 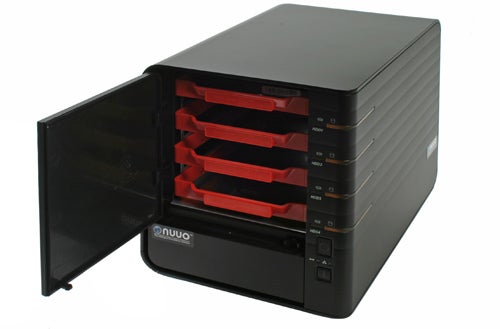 However, instead of continuous recording you can use motion detection to trigger a recording session during the selected times. Even better is motion detection on one camera can be used to trigger others to start recording as well. There’s more as the appliance is aware of cameras with I/O connectors so these can also be used. You could, for example, have a camera with door relay connected to it and trigger recordings on multiple cameras if it is opened.


A toolbox is provided by NUUO which includes a backup utility for securing selected videos plus separate applications allowing users to view permitted cameras and access recordings but not interact with the appliance’s settings. To give you a rough idea of the storage space you’ll require we ran a constant recording session from one camera for ten minutes and watched it use up around 414MB. Videos can also be backed up to other storage locations and using the Cue option you also backup up portions of a video file as well. 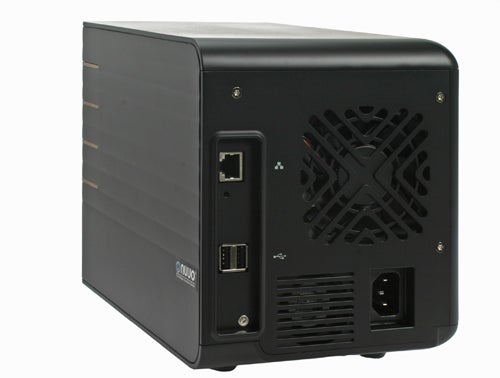 From the playback option in the web interface you select cameras, choose a time period and then view the stored video. A control panel is provided so you can stop, start and pause the video, speed up or slow it down and zoom in and out. The search tool is really smart as after selecting an area in the video window it’ll skip though to areas where motion was detected, foreign objects appeared or disappeared or focus was lost.


Using the P3301 we successfully tested the scheduled motion detection features and watched the appliance start recording when we walked in front of the camera and stop after we’d stepped away. We could view the video from the playback screen and use the search tool to skip through to where motion was first detected.


The NVRmini is offering a very smart surveillance and recording solution ideally suited to smaller businesses. You will need to factor in the cost of hard disks and IP cameras but you’ll be hard pushed to find a similar product that can offer the same level of features at this price point. 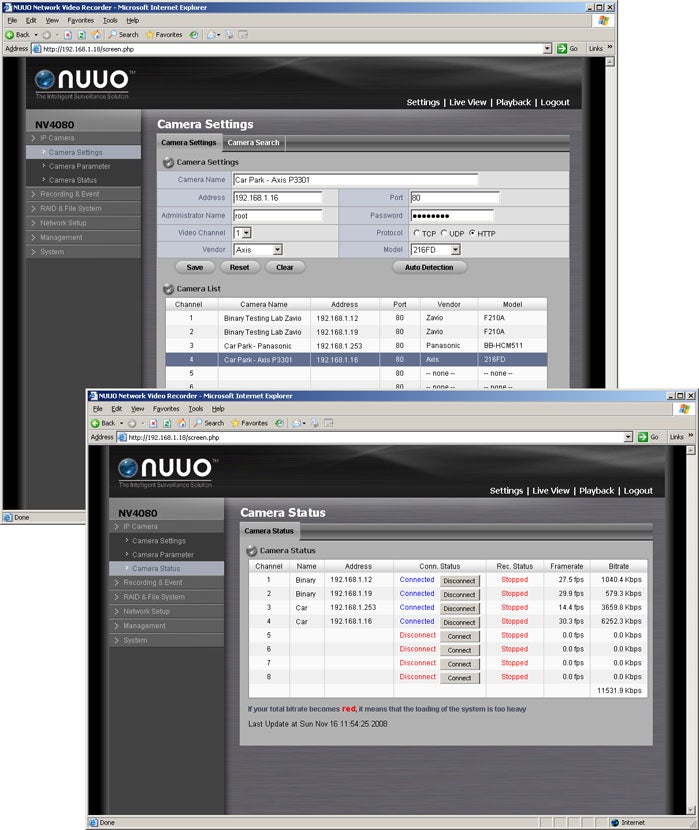 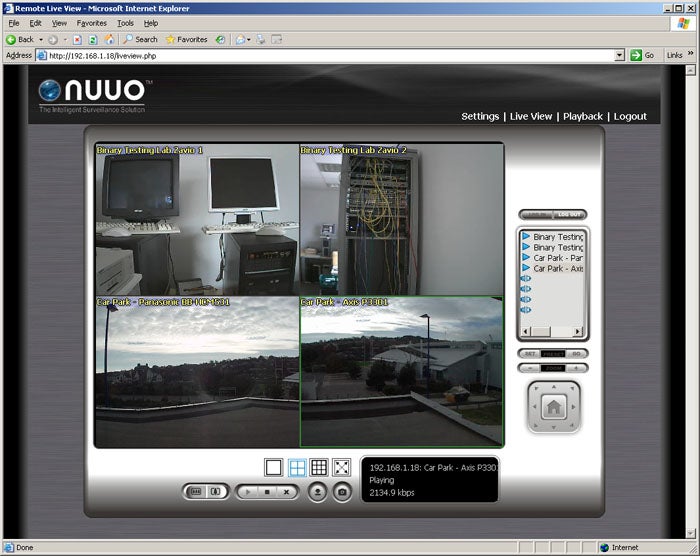 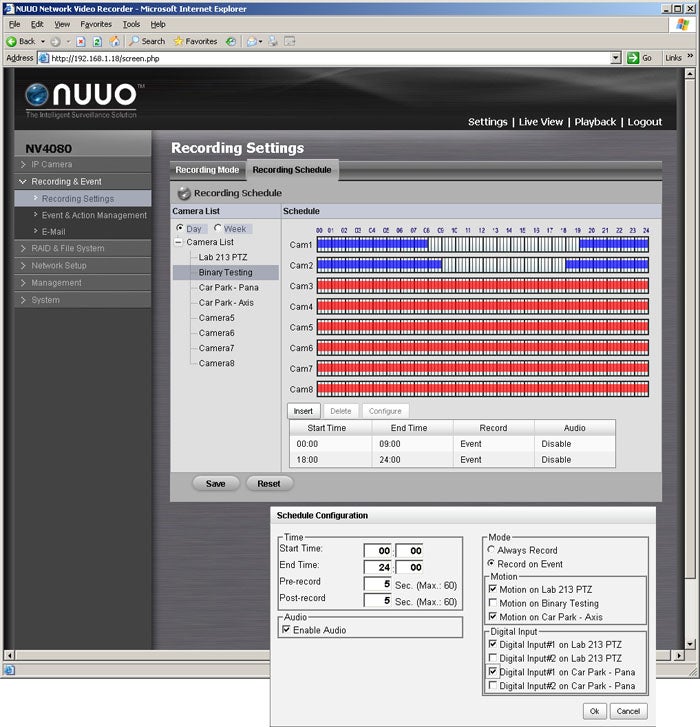 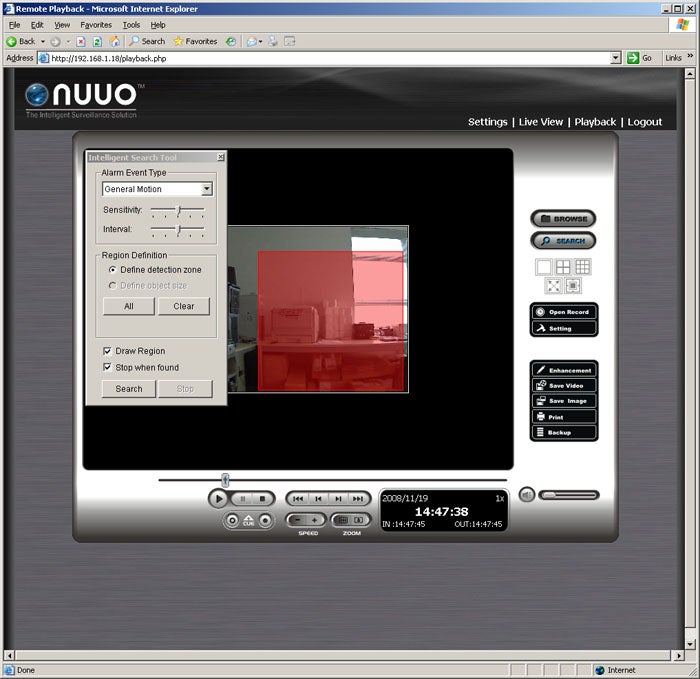 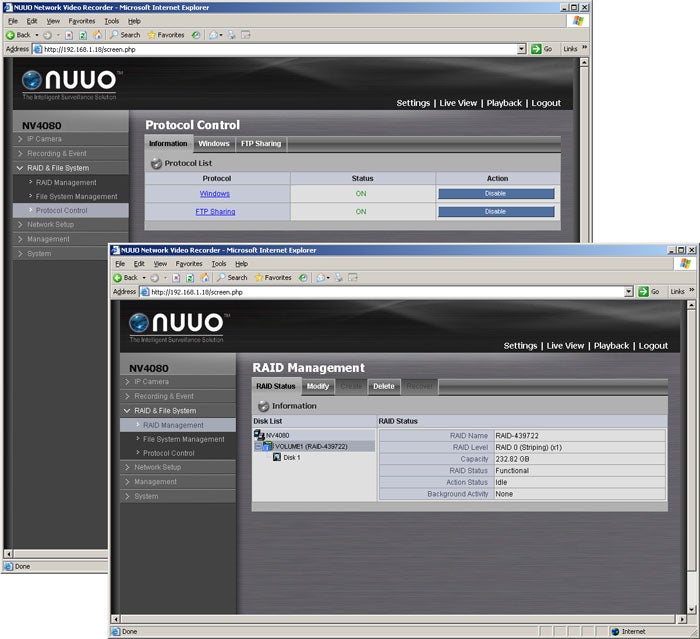