The Nuu X1 has two key selling points: One, it’s a very affordable, yet not quite bare bones Android phone at $199 SIM-free – a little more than Nuu’s above the entry-level NU3S at $179.99. Two, it’s sold unlocked, so you can put SIMs from almost any network in there, and it will work fine.

Able to serve 10 U.S. serve providers, Nuu phones are available at major North American retail sources, including Best Buy, Target, Overstock.com and Amazon. If you want to stop paying huge amounts for a subsidized smartphone, the Nuu X1 is a phone worth considering. Just don’t expect performance to match the top phones from Samsung, Apple and co. 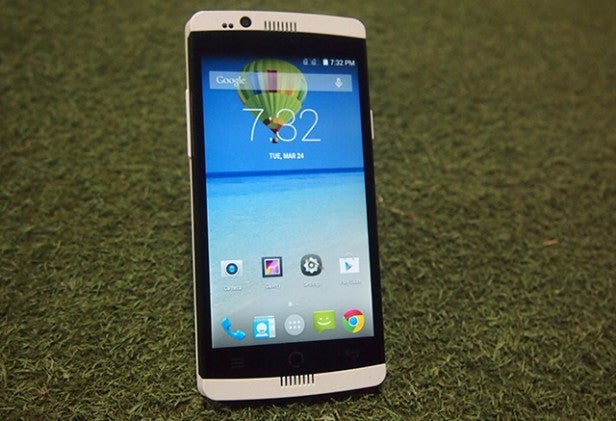 Out of the box, the comparatively light Nuu X1 feels less than substantial. Its outer casing is entirely plastic and the back of the phone feels cheaper and less sturdy than the glass front.

That initially worrying build quality hits you right away when you have to slap the new battery into the back of the device to get it started. In the case of the X1, the back comes off easily and pops back on with some difficulty. Have you ever had to pop a tight lid back onto a Tupperware container? It feels like that.

The casing is a little over a centimeter thin at its edges, avoiding bulges that some phones allow for camera lenses. The rounded edges should offer some cushion should the phone tumble onto its corners, while its surface has just a touch of tactile consistency to avoid the kind of slippery exterior iPhone users must deal with sans protective cases. 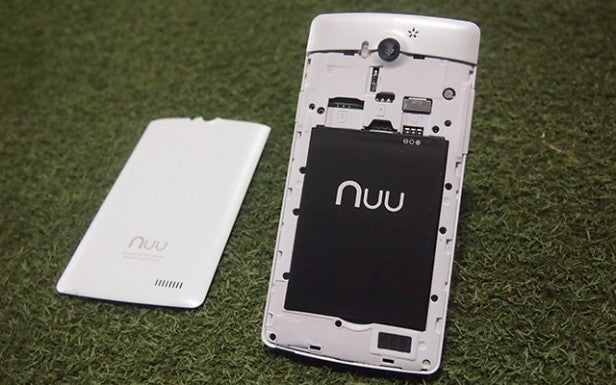 Once the battery is in place and you’re up and running, the side buttons (on/off, sleep/wake, volume) and 5-inch touchscreen are adequately responsive. That HD display offers resolution worthy of a more expensive device, but it’s not the brightest. You’ll certainly notice the difference between it and pricier phones.

While the Nuu X1 might be looking to sell at a discount outside of any contract, its processing ability is in the ballpark of its more expensive rivals thanks to its Qualcomm Snapdragon 400 1.2 GHz Quad-Core CPU.

Using such an industry standard processor indicates Nuu didn’t look to go with cheaper components to keep their unlocked Android phones affordable. A standard 1 GB of RAM and 16 GB storage help that processor make the X1 a fully functional Android device regardless of what SIM card you drop into its guts.

Buyers get a mixed bag here, considering the phone’s price. The Sony-engineered rear camera can take good shots, but only if you take great care. That rear-mounted component offers 13 megapixel resolution and strong photos in good light environments, thanks to the onboard Sony Exmor R CMOS sensor. But it has just three basic functions – a standard auto mode, panorama and HD video – and the flash is so weak it couldn’t attract a curious moth.

In bright, outdoor direct sunlight or diffuse ambient indoor light, the rear-mounted unit did produce vibrant and detailed photos. You can’t just hit the shutter button, though – you need to tap to focus the image to get the right light balance. 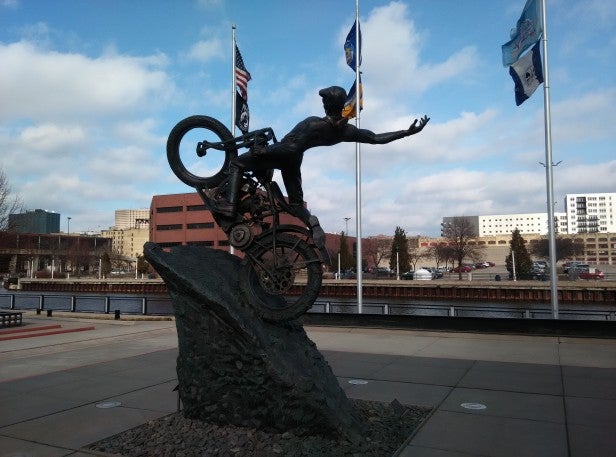 Surprisingly, those outdoor shots in the brightest midday light didn’t wash out as much as you might expect for a midrange phone’s camera. In well-lit indoor or external shots in overcast, the camera is once again performs ok, producing well-balanced shots with proper color balance and depth. The X1 is slow to focus, though, so you need a little patience. 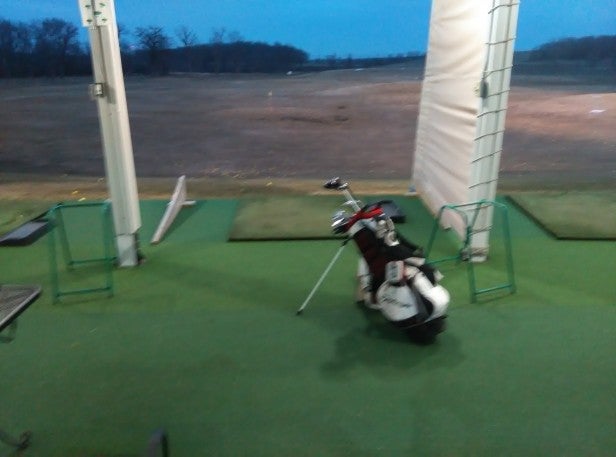 It’s tricky to get good shots in gloomy light

The same can be said for the HD video, though the moving images render with the same satisfying detail as the still camera in good light conditions. During recording, louder noises could overtax both the onboard microphone and inbuilt speakers, but the X1 is good enough for occasional video provided you’re not too demanding. 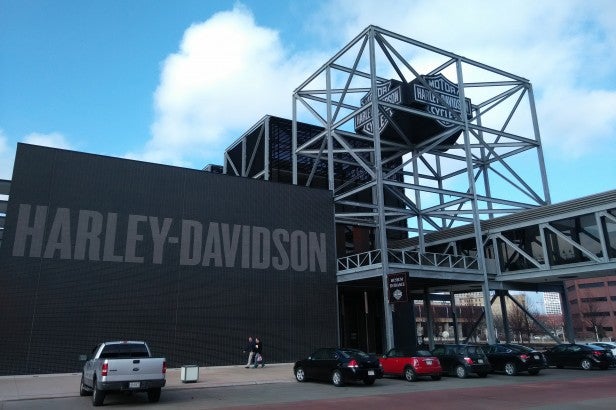 In dark or lower light conditions the flash will not offer ample assistance for still photographs. It squeezes out enough emergency lighting to capture up-close portraits without excessive red eye, but anything outside of five to six feet washes out significantly.

The biggest problem is speed. Shutter speed is an issue as there’s a recognizable lag between hitting the touch button and shutter closing. The less the illumination, the longer the focus and light balance, the longer the picture grab takes.

This also means the combined time of loading the camera app, focusing, light balancing and shooting via the onscreen shutter button means you’ll often miss fleeting moments. If you need to wait that additional second required to activate the flash, you’d best hope your memory isn’t lost in the dark. 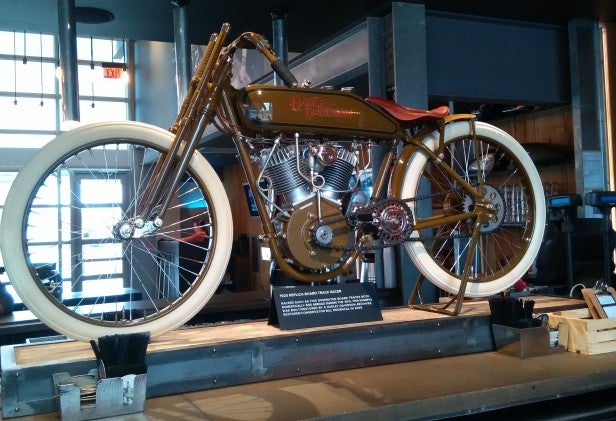 On the other hand, the 5-megapixel front camera actually exceeds expectations. It transmits a clear, faithful image in every situation except very low light, indoor conditions.

The Nuu X1 proves itself in daily use as an adequate, fully functional Android phone. Internet use was satisfying on Wi-Fi and good enough on network data. Such performance might vary between the 10 U.S. carriers the phone can work with currently. Call quality was strong with few drops. Again, that fact might alter between different networks and SIM cards.

The Android 4.4 KitKat OS allows for the same suite of apps and functions that any carrier-tithed Android phone can muster. Obviously, the app suite is Google dominated and enhanced by onboard shops like Google Play for adding additional functionality.

In keeping with its identity as a multipurpose, cross-provider phone, Nuu did not alter or add to the Android interface significantly. There are no dedicated Nuu function suites woven into the OS and nothing for which a veteran Android user will have to adjust. We like that.

However, launch times for many of the standard Android apps were consistently slower than other Android phones. With the Nuu X1 sitting side-by-side with a Sony Xperia Z3 and a Samsung Galaxy S5, we simultaneously opened five apps common to the root of all three phones: Gmail, Google Chrome, YouTube, Play Store and News & Weather. In each case, the X1 was the last phone to open and operate the apps – easily outpaced by a more than a full second by the Sony and Samsung. 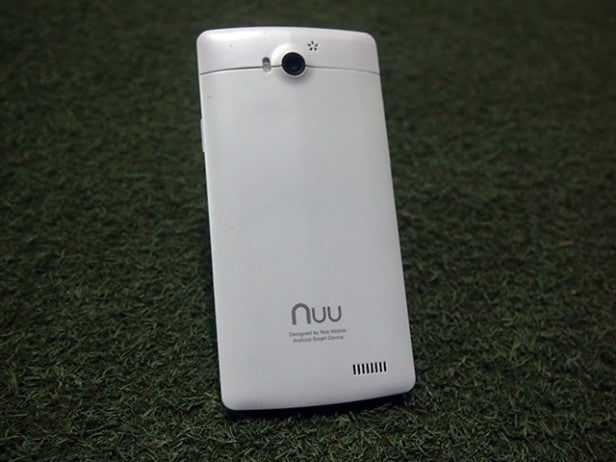 Nuu has not released official battery life numbers for the 2,400 mAh lithium-polymer battery powering the X1. All their sales pitch promises is that it will “outlast your busy day.” Putting that to the test, the battery service during out evaluation period was adequate, rather than groundbreaking.

Once the phone was drained to zero, the dormant device recharged to 100% in just over two and a half hours, and it takes around an hour to reach 50%. Not bad, but not the best either.

After activated and connected to both 4G and Wi-Fi signals, the phone held to 82% with light usage. After a return to full charge, 24 hours of regular, hourly calling, web surfing and app usage had the phone holding at 25% before heading to another recharge. 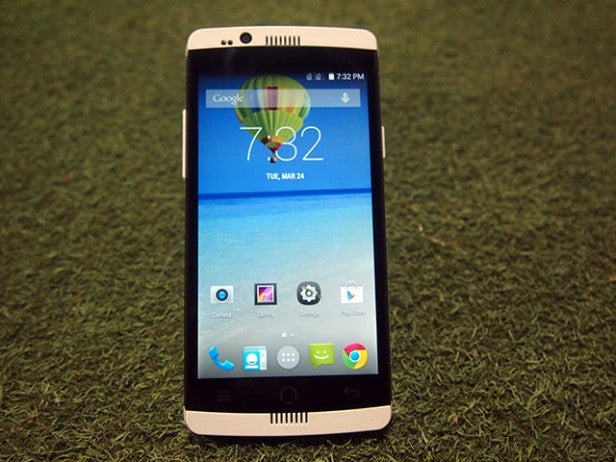 Maybe. As a standalone unit competing with more expensive phones for everyday contact use, the Nuu X1 might not hold up as a prime option. But, that’s not what this phone is intended for at all. If all you’re looking for is a smartphone that’s simple and unlocked for most carriers, the Nuu X1 will get the job done.

That said there are good alternatives as well with the popular Motorola Moto G chief among them. We’d recommend taking at look at that phone before settling on the Nuu X1.

A decent, affordable unlocked smartphone, but it doesn’t standout in any particular way.