The PDF file format is ubiquitous in many areas of computing life. It’s the format of preference for most documents published on the web and is used in business wherever documents require a fixed layout that can be annotated, but not easily changed.


The two main ways to create and edit PDF files are through Adobe’s own Acrobat application or using Nuance’s PDF Converter. There are other PDF creating tools, but these two programs hold the lion’s share of the market. PDF Converter has just been updated to version 5 and includes a raft of new features, some of which are not matched by Acrobat, even though it’s over twice the price.


Additionally, PDF Converter 5 supports Microsoft’s XPS document format, a more recent rival to PDF, which may be an advantage in an organisation that supports both types of electronic paper files. 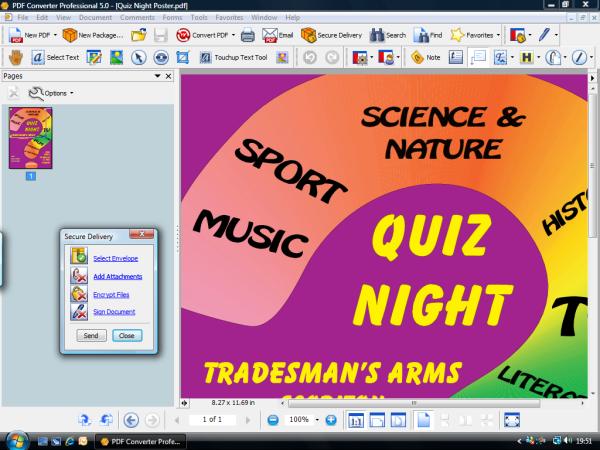 
Within PDF Converter 5, tools are supplied for both new document creation and editing of existing PDF files. Previous tools, such as text and object touch-up, are supplemented by new extras like on-screen measurement and callouts. Measurement is particularly useful if you are working with scaled drawings, and callouts are handy when marking up a document for peer review. Comments in callouts can now be attached to any point within a page and the callout can be dragged to any position while still maintaining a link to its insertion point. 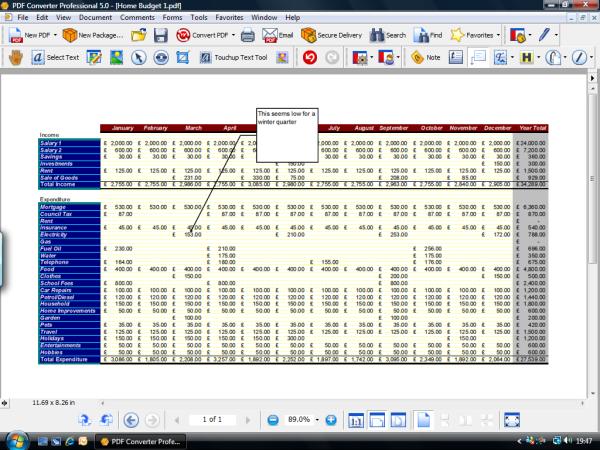 There are plenty of markup aids within the program, too, including the Active Markup Tool that enables you to edit text as if you’re using a word processor. Here, though, it strikes through text you delete and adds any you type as a note to the document, thereby leaving the original content available.


The ultimate markup is redaction. This is the blacking out of commercially or strategically sensitive content when releasing documents to a wide audience. The Enterprise Edition of PDF Converter 5 can handle redaction, though it’s not implemented in the Professional version.

Not all PDF documents are intended for paper distribution, of course, and facilities to include all kinds of media, such as movies, sound and 3D objects, are provided. They can be set to play whenever a page is viewed or when a defined hotspot is clicked on. 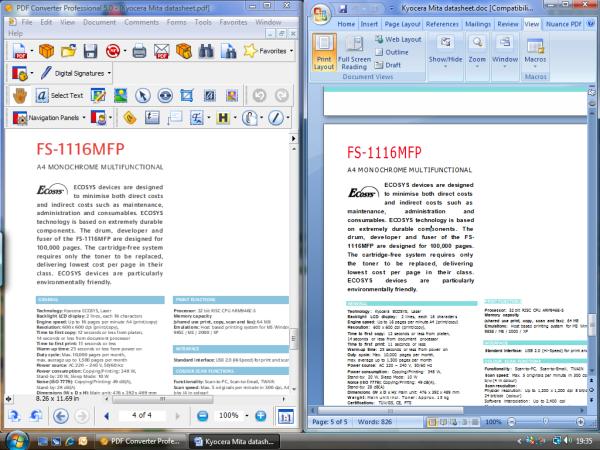 Furthermore, PDF Converter 5 can now create PDF packages. In its simplest form, this is a collection of different files, which may start off in different formats, individually converted into PDF files and packaged together in a single PDF container. This facility uses the latest PDF 1.7 format which the application now supports natively.


Nuance uses this ability to create packages in a new feature that can archive a complete e-mail folder, such as your inbox, into a single PDF. E-mail attachments are saved in their original file formats within the PDF package and Nuance claims space savings of up to 50% compared with an uncompressed archive.


As well as gathering together a number of different files into a single containing PDF, PDF Converter 5 can do the opposite; splitting down a large PDF into smaller segments that can all be saved separately. This is ideal for breaking down, for example, a book manuscript into its component chapters. 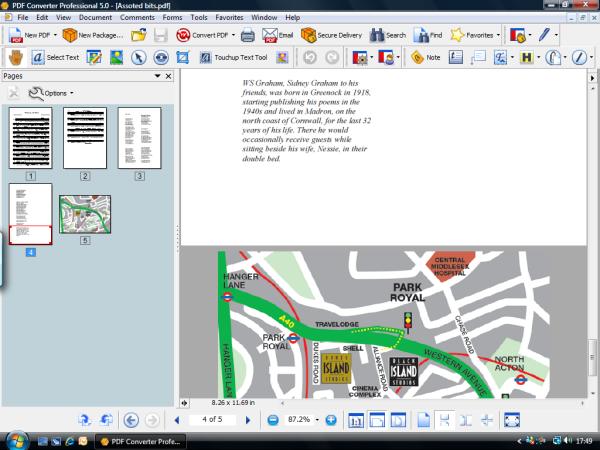 The export facilities in Adobe Acrobat aren’t as thorough as in PDF Converter 5. Where Acrobat can export constituent text and graphics to applications such as Word, PDF Converter does its best to maintain the layout of the page as well as its contents. Nuance is able to offer this improved format compatibility because of the technology in OmniPage, its OCR application, which does very much the same thing with scanned pages.


Even so, PDF Converter doesn’t seem to have quite the sophistication of layout compatibility that the latest OmniPage does and complex pages, while looking good, are often not created in a way similar to manually laying the page out from scratch in a word processor. For instance, too many page elements are still exported as separate frames, which gets them looking right, but limits their editability.

Nuance does, however, use more of its OCR skills in the production of searchable PDFs. Rather than using an image of a text page when creating a PDF file, PDF Converter 5 can convert the text image into live, searchable (and editable) text. 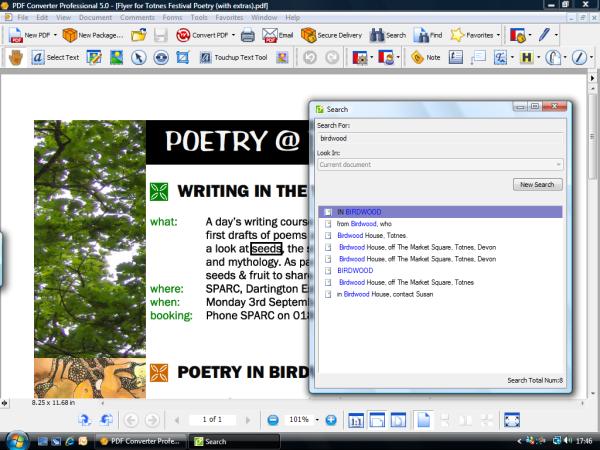 Once a PDF document is ready for distribution, it will probably need protection from third-party editing and there’s a comprehensive set of security tools which can set read and write privileges. The dialogues for security setup have been improved and you can now include a custom signature to fit with a particular house style. Signatures can be time-stamped, too.


One other feature worth a mention, again something Acrobat can’t do natively, is text-to-speech. The quality of speech rendition is getting more and more natural, though still has a non-localised, American accent. PDF Converter 5 can read text paragraph by paragraph and can cope with major foreign languages, as well as English. 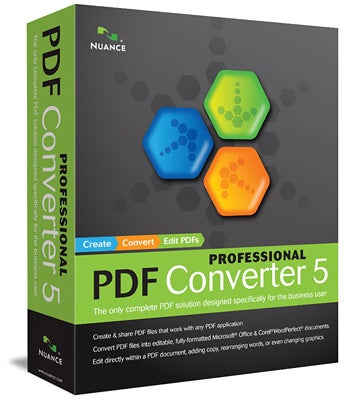 
Nuance PDF Converter 5 has a lot going for it. It’s an easy-to-use PDF creation and editing tool that integrates well with major business applications. Getting multi-part documents into PDF format is much easier with the new packaging tool and getting them out into Word or WordPerfect files is more visually accurate than with Acrobat.


By far and away the application’s biggest advantage over the Adobe product is value. At just over a third of the price of Acrobat 8 Standard, it’s also a more feature-rich PDF tool and supports Microsoft XPS documents, so you won’t need a separate application to process files using that upcoming format.