Screens are meant to be touched, games consoles are designed for us to wave our limbs in front of them and Google and Apple are desperate for us to talk to our phones. Amongst all of this, speaking to our PCs has fallen somewhat by the wayside, but the company providing the speech recognition technology behind Siri wants us to try again. 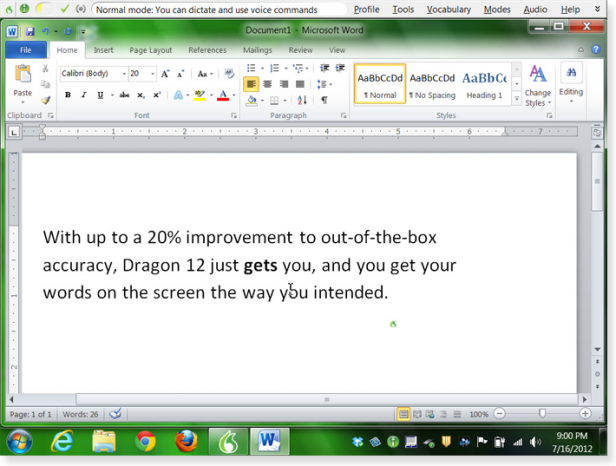 What causes these proclamations are claims of a 20 per cent improvement in out of the box speech recognition accuracy, faster performance and new technology which looks to learn your preferences as you use the software – for example how you format words, phrases and numbers. In addition is full Gmail and Outlook.com support, correction options respond to more naturalistic language as well as more natural text-to-speech reading of your work by Dragon which allows you to review without returning to the screen.

These features build on existing core features such as social network integration (“Post to Facebook…” / “Post to Twitter…”), web search and opening and closing of programs. Perhaps most useful of all, however, was v11.5’s integration with Dragon smartphone apps which allow dictation via your phone’s microphone letting you ditch a headset completely. 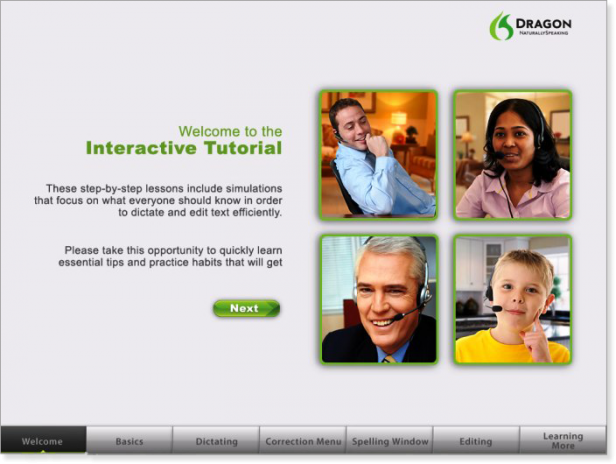 Voice recognition software has a reputation for infuriating, lengthy setup routines and while Nuance Dragon NaturallySpeaking 12 doesn’t drop them completely the process is quick and – most importantly – educational. A nice tweak Nuance has made from v11.5 is that the setup process now takes even more care in teaching you key commands and usage scenarios while it learns your voice so it is well worth doing. In all it took about 15 minutes and even new users would feel confident about using punctuation, switching between programs, composing emails and performing web searches in this time. The training process and additional training exercises can be accessed at any time.

Of course it is worth pointing out that smartphone voice recognition has no setup process whatsoever which may make some impatient. The counterpoint is the setup is both a tutorial and should be far more accurate than just trying to adapt to the generic tones of your nationality. At least that’s the theory…

Happily that is how it plays out in practice too. While a point iteration doesn’t sound like much v11.5 made great strides with its accuracy, yet v12 manages to improve upon them further. Nuance quotes a 99 per cent accuracy rate much as it did in v11.5 (largely because 100% is impossible) yet we found that ultimately to be a conservative number. In our first day’s use accuracy was roughly 97 per cent (we were finding approximately three incorrect words per 100 words), but as NaturallySpeaking is continually learning your voice pattern and even tonal fluctuations within 48 hours it was making less than one mistake every 200-300 words. 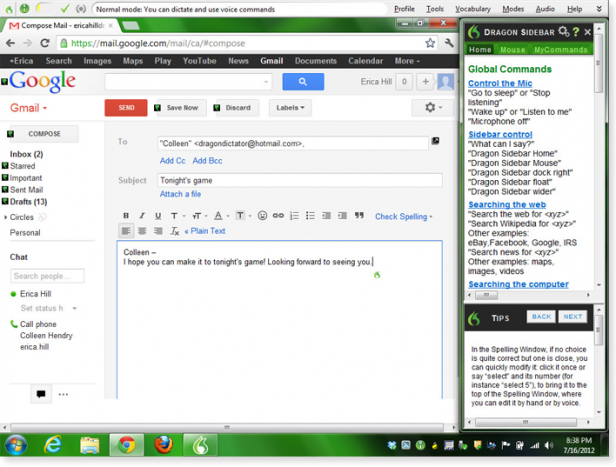 Yes you can catch out v12 with uncommon words or names, but only the once as it will then learn the term the next time around. Furthermore, Nuance Dragon NaturallySpeaking 12 isn’t just about accuracy, but saving time and its ability to recognise your regular formatting preferences is uncanny (it now capitalises ‘Windows’ for me, by default). It also correctly formats geographical addresses and post codes depending on their destination. These tweaks and a faster reproduction of your words to text are neat visual aids that allow you to focus your thoughts more clearly, especially if you’re a user who watches and waits for their text to appear onscreen.

As a Google Apps user, the sharper integration with Gmail was highly welcome too and while some language remains stilted (‘tab’ to switch input boxes, for example) it becomes second nature quickly. Posting to social media is a synch too, though I still found myself going to sites regularly if I wanted to add more than a simple status update.

Interestingly I also saw no noticeable drop offs in accuracy when using the bundled Plantronics headset or the iPhone and Android apps, but there are noticeable usage differences. The apps communicate via your wireless network which makes them more of a faff on the move (unless you’re using mobile Wi-Fi), but allows them to be used a long distance from your computer. In contrast, the Bluetooth headset makes it simple on the move, but it means you will need a computer with Bluetooth and you can’t stray too far.

Of course there remains a reason why voice recognition has yet to take off like touchscreen phones and motion controlled gaming: it isn’t uniformly better than a keyboard and mouse. Certainly error correction has improved and for those who live in Microsoft Office and email v12 is more seamless, but there are times when you simply need to return to your keyboard or mouse as it is the quicker option.

Despite the smart tutorial there is still a learning curve and, more to the point, it isn’t always convenient to speak out to your PC – particularly with personal and business-related content. We also found that while Nuance talks up the ability for NaturallySpeaking 12 to block out ambient noise accuracy does fall in noisier environments, sometimes to the level that you revert to the keyboard. Whether you’d want to be using it in such environments is doubtful anyway, but it does stop v12 being used as a reliable transcribing tool which remains a holy grail for students and journalists. 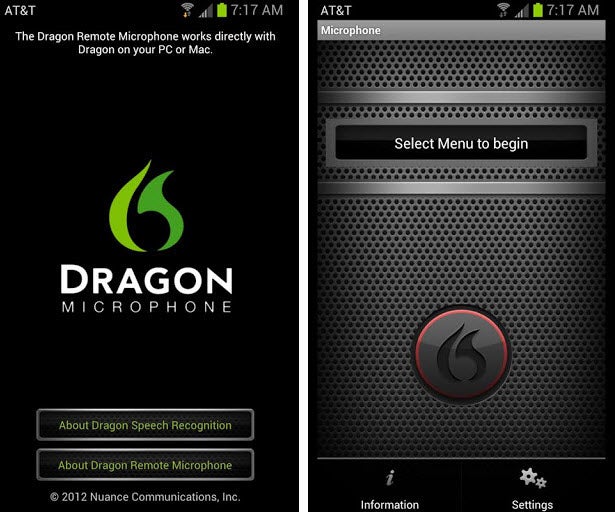 We would also like to see the permanently installed toolbar automatically minimise/maximise when toggling voice recognition on or off as it wastes screen space – particularly on lower laptop resolutions. Finally it is worth taking note of the hardware specifications as dual core processors, 4GB of RAM on 64-bit operating systems and a 3.2GB installation footprint would likely rule out some older PCs and ultraportable laptops. At present support for commands in Windows 8’s Modern UI are extremely limited too, but Nuance has announced it will address this with software updates.

Caveats aside there is no denying NaturallySpeaking 12 is the best version of the series to date. Furthermore as the pre-eminent voice recognition software it is quite simply the best voice recognition software for computers to date. That said with a £149.99 RRP the question for existing users is not whether it is the best, but is it worth the upgrade? For users of v10 and below the answer is a clear yes, but for owners of 11/11.5 we don’t think the improvements will be enough.

Then again, for new users the answer is simple: if you have wanted to try voice recognition software and have a working/home environment which is suitable for it then Nuance Dragon NaturallySpeaking 12 is quite simply the new benchmark. It has the potential to revolutionise the way you work and for those with a disability it will prove life-changing. In that context £150 is a snip. 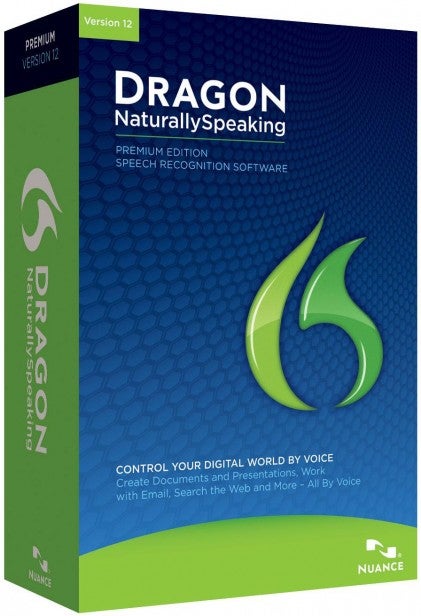 It is arguable that despite being a point release v11.5 of NaturallySpeaking contained more new features than v12 and we are certainly talking about evolution not revolution. Hardware requirements are high, the pricing premium and it still struggles with ambient noise.

That said, NaturallySpeaking 12’s voice recognition performance once again raises the bar for the industry and it is combined with better support for web email and an uncanny ability to automatically learn your formatting preferences which is a real time saver. Better, faster, smarter NaturallySpeaking 12 is exceptional, but upgraders from v11 onwards need not apply.