What do you do when you have an unknown brand, a tiny marketing budget and products to launch? You do your utmost to nick the best bits of the market leader and then undercut them. The Noontec Zoro is clearly inspired by the Beats by Dr. Dre Monster Beats Solo HD, but sells for less than half the price. And yet, they arguably sound better.

There are several Beats series rip-offs about, including the surprisingly good Fanny Wang On-ear Wang. Noontec is a new runner in this race, but it is no headphone expert. All its other products are set top box media players, portable hard drives and iPhone accessories. 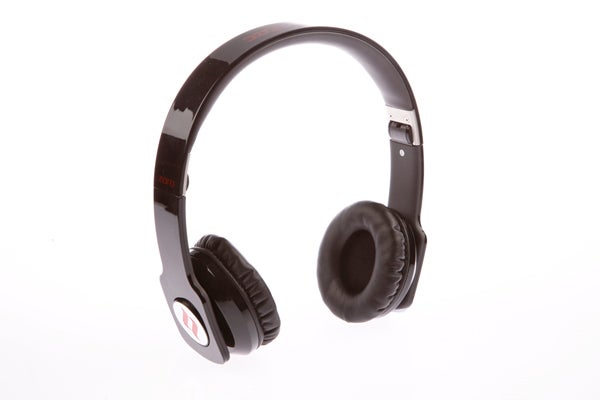 Skipping the first couple of stages in the design process, the Zoro on-ear headphones borrow most core design elements from the Beats Solo HD. The positioning and style of the pads, the mix of matt and glossy finishes, the folding mechanism, the removable cable and the headband width are all nicked from the Dr. Dre-branded headphone.

The execution of the blueprint is not quite as successful as the real deal, though. There’s not as much tension in the headband, giving a less secure fit, and most of the materials used are low-rent versions. Most metal has been replaced with plastic, the squidgy rubber of the Solo HD’s headband padding has become foam-padded leatherette and the pads are a little less soft. 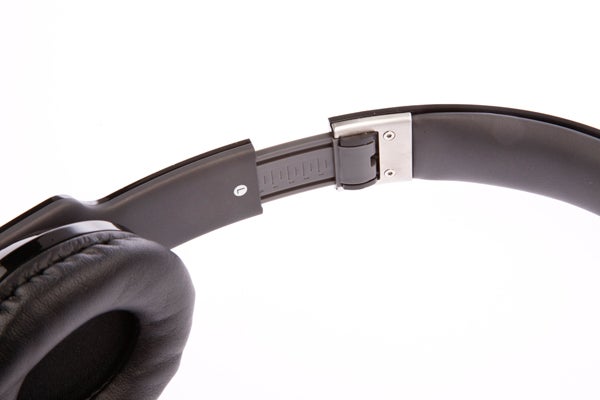 Although less high-end than the well-made, very comfortable Beats Solo HD, the Noontec Zoro aren’t bad. The hinge is still metal under a thin layer of plastic, the fake-leather-lined pads are reasonably comfortable and if they weren’t so clearly a copy of another more popular pair, they wouldn’t look too bad. 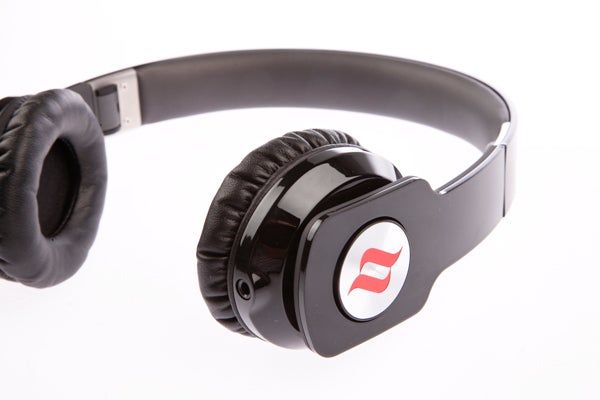 Functionally, there are two main ways the hardware misses the mark, where the Beats Solo models succeed – noise isolation and stability. The Solo headphones have excellent noise isolation for an on-ears pair, but here it’s poor. The looser, lax fit doesn’t make a very good seal and there are hidden sound ports on the back that negate the usefulness of whatever seal that is made.

Also, without a rubbery surface to the headband, they waggle about quite easily on your head. As the Zoro headphones are lightweight at 145g, this only becomes a problem if you intend to perform vigorous exercise with them on. It’s also worth noting that the Beats Solo HD lead the pack here – few headphone makers have cottoned-onto using high-friction headbands to increase stability. 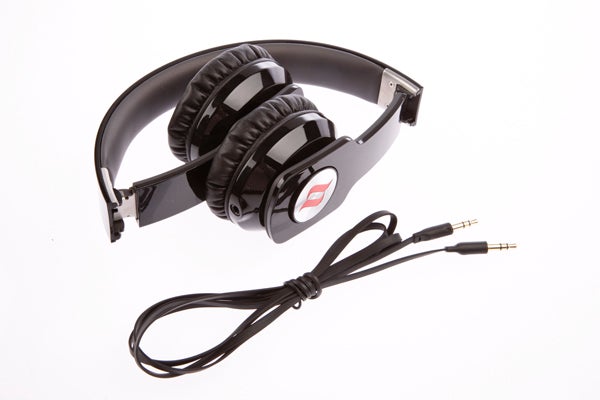 What do the Noontec Zoro get right? There’s enough horizontal and vertical tilt to the earcups to make fitting easy, the fake-leather pad surface is a solid impersonation, and as long as you set the ratcheted headband correctly, they’re comfortable enough for long listening sessions. The Zoro headphones give you plenty of scope for ruining this, though, as a mis-adjusted headband sets the pressure distribution off. 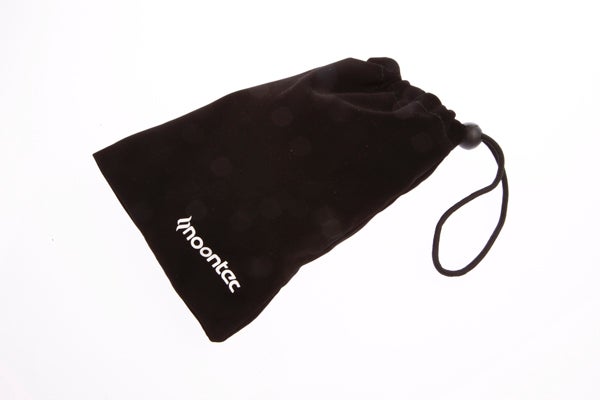 The Noontec Zoro headphones are a faulty impersonation of the Beats Solo HD. But we can’t be too harsh on them for these failings. The Beats cost upwards of £150, and the materials used in their construction reflect this. Next to £40-50 on-ear headphones like the RHA SA-850, Sennheiser HD 228 and Sony MDRXB300, the Zoro come across fairly well. However, if you’re thinking you’re getting everything the Beats offer for a fraction of the cash, that’s not quite true.

Having banged-on about how the Noontec Zoro are not quite the carbon copy of the Monster Beats Solo HD they appear to be, it’s time for a change of tact. The Zoro have a far more balanced sound than the Beats that’s much easier on discerning ears. In fact, they sound nothing like them, in a good way.

Noontec gives a nod to this split off in inspiration on its website. In a spectacular feat of English language mangling, it reads “better sound quality than German headphone”, presumably referring to Sennheiser rather than Monster – which is an American company. 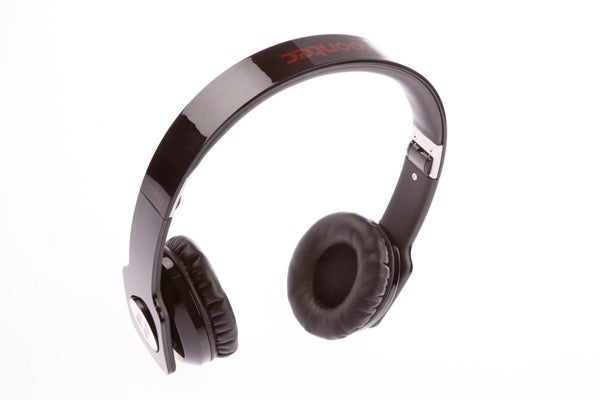 The sound signature of the Zoro headphones is not at all bass-skewed as we first expected, but fairly neutral, boasting excellent clarity for an entry-level set. From a pure audio perspective, it’s a much more accurate style than the bass-heavy styling of the Beats headphones. However, if you’re looking for Beats on the cheap, you may be disappointed by the relative paucity of low-end bloat on offer here. Bass performance is a highlight, however. It’s not thunderous, but is perfectly incorporated and has a delightful plummy smoothness. 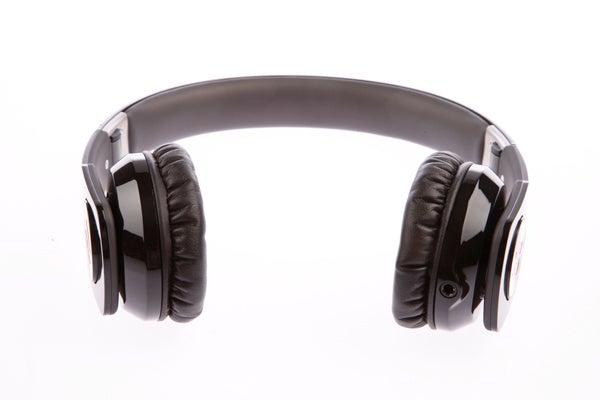 These headphones’ sound also benefits from a covert semi open design. Open-back and semi-open headphones usually have fairly clear grills on the back of each earpiece, but here the sound ports are hidden underneath the join between the headband and ear cups. They make the sound that little bit wider and more open, making the Zoro seem like an even greater sonic bargain at the price.

However, the open style does make these headphones thoroughly unsuitable for plenty of situations that might seem a natural fit. They don’t isolate you from the outside world enough, and the relatively delicate, neutral sound loses much of its impact when subjected to lots of noise. For the office they’ll do the job, but take them on the train and they start to struggle.

This is at odds with another part of the design. Why making a folding, portable headphone if its sound can’t cope with being taken about and about – unless you live in the middle of nowhere? 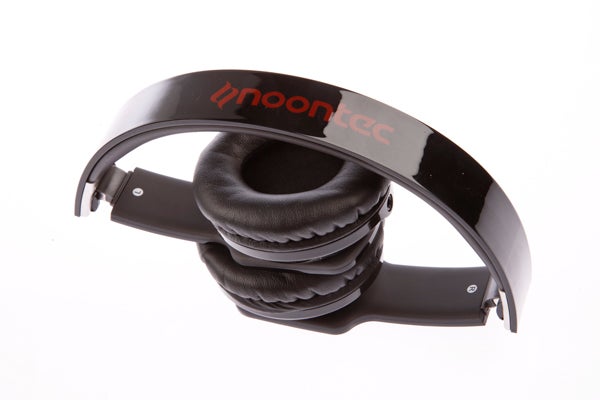 There are several contradictions to the Noontec Zoro, but if you wipe away all the preconceptions they insinuate, they provide good sound quality for under £40. Mid-range performance is unremarkable, there’s distinct roll-off at the top end and they lack some of the fidelity of a more expensive pair, but – surprisingly enough – they represent good value for money. That is, as long as A) you don’t mind people asking “are they Beats?” B) you won’t use them on public transport C) you’re not out for bassmonster cans. Passed the test? These headphones are worth considering.

Verdict
Looking like the Beats by Dr. Dre Solo HD headphones and costing a third of the price, the Noontec Zoro sound like a bargain. It’s not quite that simple, though. They’re not as comfortable or well-made and the semi-open design makes them useless for noisy areas. They sound nothing like the Beats, either, but that’s no bad thing. With a clear, fairly neutral sound they’re a good buy if you can live with their odd design contradictions.