Nokia XL: What’s that coming over the hill?

The Nokia XL is among the first wave of Android phones made by Nokia – a company whose strong ties to Windows Phone until now stopped it from making phones using Google’s OS.

It costs just 109 Euros – and likely the same amount in pounds. While not all that glitzy, it is one of the most interesting new mobiles we’ve seen at MWC 2014. I tried out the new phone to see whether Nokia has aced Android on its first attempt.

On first glance, you could be forgiven for thinking the Nokia XL is a Lumia phone. It’s colourful, it’s made of plastic and it looks a bit like the Lumia 625. However, Nokia’s Lumia phones run Windows Phone where the Nokia XL uses Android.

Nokia produces a bunch of low-cost Windows mobiles, the Lumia 520 being the most obvious success, but the new Nokia X and XL Androids are intended to be even cheaper options. You’re looking at around £100 for each – the XL is around £10 more than the smaller X.

The Nokia XL’s bodywork is just like a lower-end Lumia too. Its plastic cover pops off, but it does a pretty good impression of a unibody phone. Tap the back and you can tell it isn’t one, but the look is there. 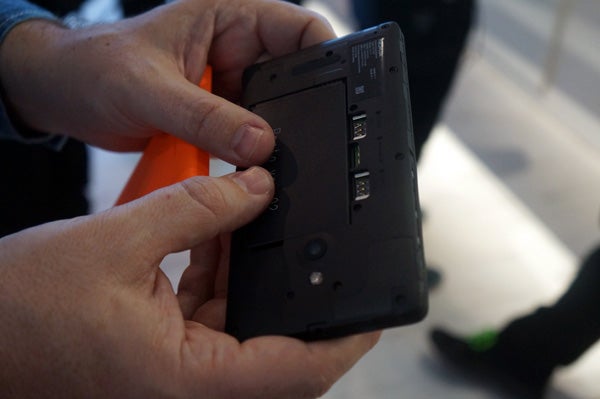 The build and feel of the phone is better than most low-cost Androids, although we wouldn’t say it feels any fancier than the Motorola Moto G, our current favourite cheapo Android phone. The Nokia XL’s use of colour is much better, though. As well as the usual red, yellow, black and white Lumia shades, the phone also comes in a rather fetching orange – as seen here.

The side buttons are also colour-matched to the body. These are the kind of finishing touches that are often neglected in budget phones, and Nokia rightfully boasts that the X-series Android phones offer the same renowned Nokia quality as its other mobiles. The XL is also a dual-SIM phone – a feature that’s not hugely popular in the UK, but is appreciated in the emerging markets that are the key target of the Nokia XL.

You’ll also notice that the controls are quite different from Nokia’s Lumia phones. There’s no camera button here – you use the touchscreen instead – and there’s just one soft key rather than three. It acts as a home/back button. 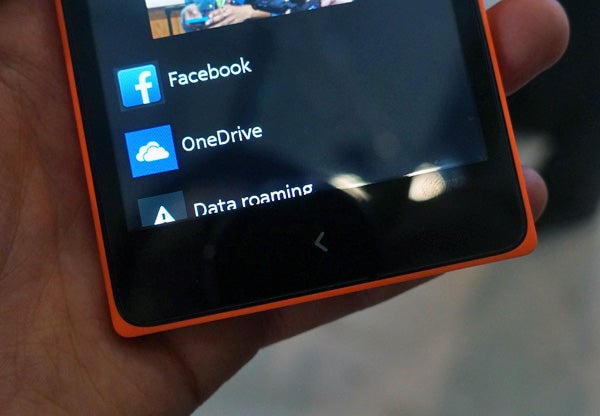 The display, however, is typical of one of Nokia’s cheaper phones. It’s a 5-inch LCD screen that uses a reasonable IPS panel. You don’t get the sort of contrast seen in Nokia’s ClearBlack-branded phone screens, such as the Lumia 1020‘s, and blacks are slightly greyish. Basic image quality is OK, though.

Resolution is the most significantly limiting factor. The Nokia has an 800 x 480 pixel display – the same as the Lumia 520, which is a full inch smaller. The pixel structure isn’t too obvious, so it’s not a complete disaster, but the low pixel density is immediately apparent. Nothing looks that sharp.

Nokia does seem to have put some effort into making text look a little soft, rather than pixellated, which is some consolation. 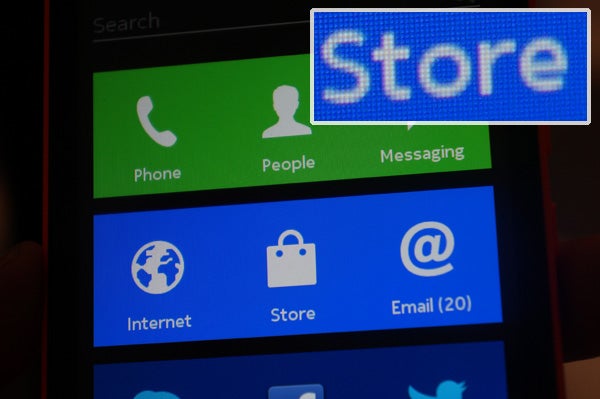 Nokia has a decent amount of control how the phone looks as it has a custom interface on top of Android. And it looks nothing like ‘normal’ Android. If anything, it looks more like Windows Phone.

The Nokia XL uses Live Tile-style widgets, and the homscreens/app menu structure of vanilla Android has been discarded. Instead, all your apps and all the core phone features appear as square tiles. Some can be expanded to offer additional information, just like the Live Tiles of a Lumia phone. It scrolls like a Windows Phone home screen too. 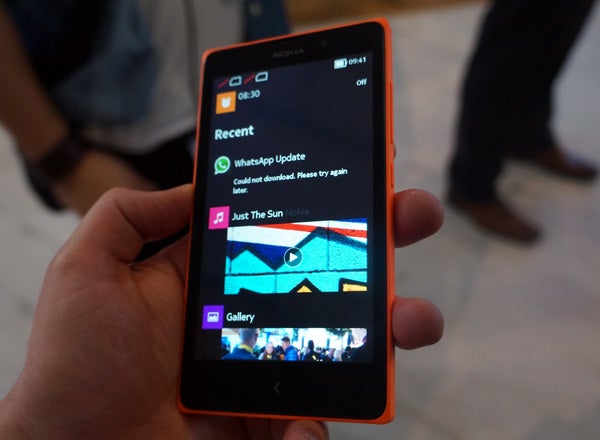 Flick right to left on this screen and you’re taken to the Fast Lane interface. This is a list of your most recently used apps and other recent activities, and is a way to compensate for the main home screen’s tendency to get a bit busy, cluttered or messy.

I expect Nokia’s Android interface will go through plenty of optimisation and tweaks over the next year. And there is some work to be done here, but it’s a good start. It’s a complete overhaul of Android, but it’s not the laggy mess that some custom Android interfaces are. The Nokia XL uses a relatively low-end combo of a dual-core 1GHz processor and 768MB of RAM, but performance is decent.

There are some serious limitations to Nokia’s approach to Android, though. There are none of the official Google apps most Android owners rely on, and no access to the Google Play app store. Leaving out these basics used to be pretty common in non-certified budget tablets, but it’s rare for them to be left out of phones. 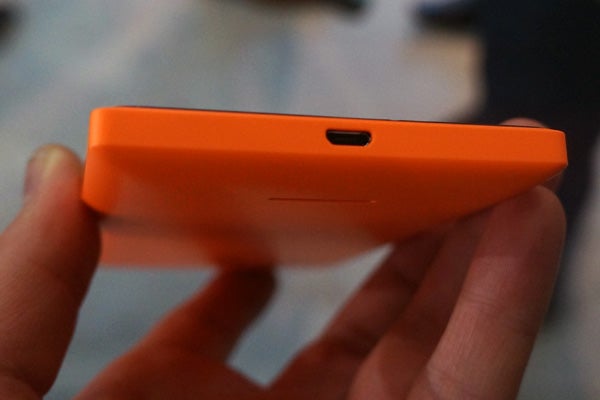 There may be a cost consideration involved, but Nokia also talks up its desire to take “people to Microsoft’s cloud, not Google’s cloud” (Microsoft has acquired Nokia). The sorts of services Google offers are replaced with Nokia and Microsoft ones. Google Maps becomes Here Maps. Google Drive becomes Microsoft OneDrive, and so on.

Google Play is perhaps the biggest issue, though. You can install third-party app stores, sideloading is supported and there’s a Nokia app store. But there’s really no replacing the Google Play store. Expect app support to be a little limited compared with the real deal.

Nokia XL – Other things to Consider

Unlike the Nokia X, the XL has a reasonable camera array. You get a 2-megapixel front camera and a 5-megapixel rear one with a flash. If it’s anything like the Lumia 520’s camera, it’ll be reasonable for Facebook style snaps, if not any use for more serious posterity papping. And, as you might guess, this is not a 4G phone. 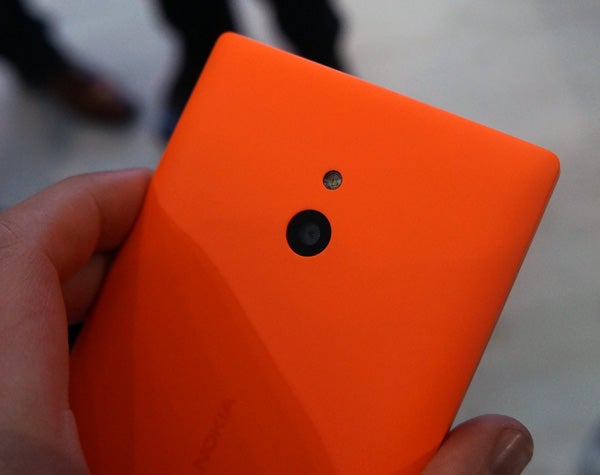 First Impressions of the Nokia XL

Carrying over Nokia’s Lumia style build quality to a cheap Android phone sounds like a winning combo, and it is in some respects. However, the low screen resolution and lack of Google services mean it’s far from perfect.

Next, read our best phones round-up