The X3 is Nokia’s latest music phone, but while the name will give many the impression that this is a cut down version of Nokia’s capacitance screen touting X6, in reality the two phones are completely different beasts.


Whereas the X6 is targeted at the higher end of the contract phone market, the X3 is primarily aimed at pay as you go users looking for a more wallet friendly phone, which is reflected in its sub £80 asking price. The form factor is completely different too, as the X3 has more of a traditional slider design, albeit with some tweaks here and there including some dedicated music keys. In fact the only real ties between the two handsets are the fact that they’re both being pitched as music phones and they both share the same colours scheme. Like the X6, the X3 is available in black with either red or blue strips flanking the screen. 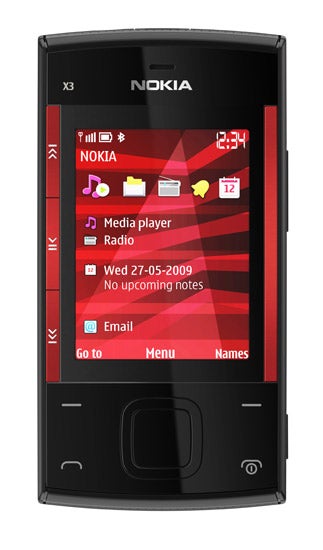 With its slightly boxy design we wouldn’t exactly describe the X3 as a looker, but when you slide the keypad open you’ll find that at least the extra girth means Nokia has been able to equip it with a relatively spacious keypad. And although the keypad is a flat one piece design, there is a bit of travel in each key which helps make it a fairly easy phone for quickly tapping out text messages. Nokia has also added three music keys on the left-hand edge of the display to let you skip forwards and backwards through tracks as well as starting and pausing playback.


Another welcome feature for music fans is the standard 3.5mm headphone jack at the top of the phone which makes it easy to swap the supplied earphones for your own cans. The top edge is also home to the standard Nokia mini charging port, but you can also charge the handset via its microUSB port, which may come in handy if you need an emergency battery top up when you’re around a mate’s place.


The screen is an area where manufacturers often cut costs on budget handsets and unfortunately this is definitely the case here. At a mere 2.2inches the display is very small and the resolution of 320×240 pixels means text tends to look a tad blocky. However, the biggest problem with the screen is its shimmery look that sometimes makes it difficult to focus on. The reason for this seems to be its very narrow viewing angle, as a tiny rotation to the right makes it look very dark while doing the same on the left-hand side washes out the colours almost completely. As a result we could never really find a sweet spot where readability was acceptable. 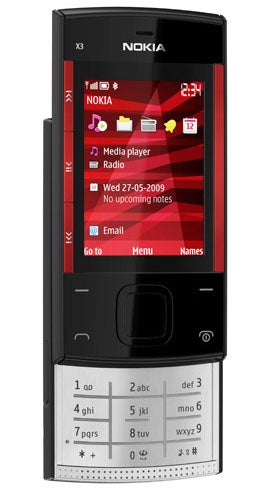 When it comes to music the phone uses the standard Series 40 media player. To our mind this isn’t quite as attractive, responsive or as well laid out as the Walkman app on Sony Ericsson’s music phones, but it’s still pretty straight forward to navigate around. The music library is divided up into playlists, artists, albums and genres, and album art is displayed on the screen when a track is playing. You can tweak the audio output via the five band equaliser and there’s also a stereo widening setting that aims to increase the apparent width of the stereo image when you’re using headphones.

Given the phone’s low price tag it’s understandable that it uses Series 40 rather than Nokia’s more advanced Series 60 operating system. Series 40 is pretty straight forward to use as the main menu has the standard nine icon grid layout. By default the handset is set up to use the personalised homescreen that offers short cuts to stuff like the FM tuner, music player and calendar, but you can also turn this off so the home screen simply displays a static picture instead. Unlike some previous Series 40 handsets, the X3 also has the Ovi app store onboard so you can buy and download new games, themes and ringtones directly from the phone. 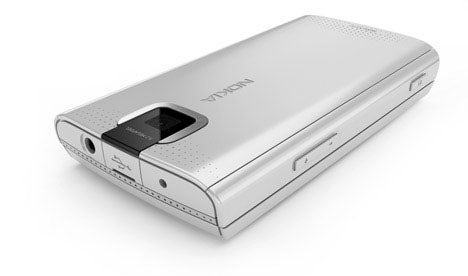 The supplied headphones aren’t too bad, but sound quality improves dramatically when you try a better quality set of cans as the X3’s audio output is actually quite clean by budget handset standards. The phone only has 45MB of onboard memory free, so if you want to store a decent sized library of music tracks you’ll have to rely on MicroSD cards. Thankfully, Nokia supplies a 2GB card with the phone to get you started and cards of up to 16GB in size are supported. The card slot is also easy to get at as it’s positioned beneath a plastic flap on the left hand edge of the phone.


The X3’s camera is a very basic 3.2Megapixel shooter that lacks both autofocus and a flash. Outdoor shots are passable, but indoor photos are hopelessly grainy unless there are excessive amounts of light in the room. Connectivity is also quite basic. There’s no support for 3G or Wi-Fi, so EDGE speeds are the fastest that the handset is capable of. It also lacks GPS, but there is Bluetooth 2.1 so you can use the handset with Bluetooth stereo headphones. And perhaps because of the lack of advanced features like 3G and GPS, the phone actually performs pretty well when it comes to battery life. We got around three and a half days out of it. 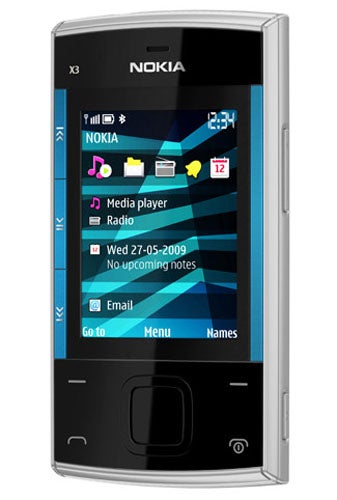 However, the one area where you’d expect a Nokia phone to excel is rather bizarrely where the X3 falls flat on its face, as we found that call quality on this handset was well below par. Despite using it in an area with strong reception, the phone often ended up producing garbled, Dalek sounding audio and on more than one occasion we had to drop a call and try again. In this day and age that’s really not acceptable.


The X3 has a decent line up of features for a budget handset, especially when it comes to music. However, the poor screen and dodgy call quality means that it’s a difficult phone to recommend, especially when there are plenty of better quality handsets available for similar amounts of money. 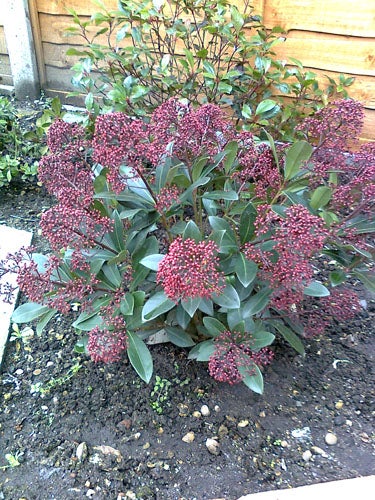 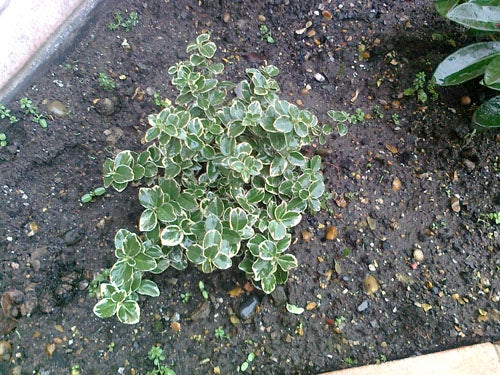