Smartphones are no longer special. Smartphones are the norm, but while “always-connected” skills are expected as standard these days, not everyone has got used to the touchscreen operation that tends to come with them. Enter the Nokia X3-02 Touch and Type, a semi-smart phone with a 2.4in touchscreen and a keypad, optimised for typing rather than just keying-in numbers.

The Nokia X3 Touch and Type is the X-series alternative to the Nokia C3-01, the first Nokia phone to offer this hybrid of touch and keypad-based input. Typical of the X series, it’s edgier-looking than its C-series cousin. There are some curves – the phone’s back is contoured for comfort in your palm and the top and bottom of the phone’s front are curved so that the body doesn’t look too imposing – but sharp lines are the order of the day here.


We find little to dislike about the phone’s looks. Its four-button-wide keypad is unusual, but the five shades the Nokia X3-02 is available in do a good job of tailoring the handset for different audiences. The black finish looks thoroughly business-like, while we can easily imagine the two pink-hued editions in the hands of teenage text-a-holics. 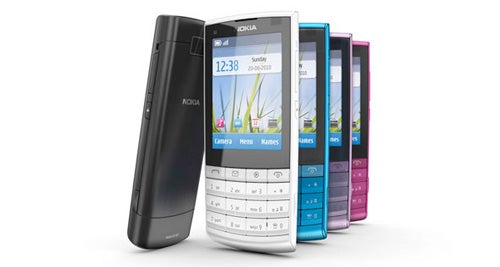 We’ve been testing the slightly-pearlescent white version of the Nokia X3-02, which sits in a friendly middle-ground between these two camps. It’s not all-white – there’s a silver brushed metal battery cover that significantly boosts this phone’s feeling of build solidity. At 77g, this is one seriously light phone, but thanks to the metal backplate it doesn’t feel like a budget weakling. It’s a good thing too, because at around Â£90 on a pre-pay plan, it’s no ultra-budget phone. 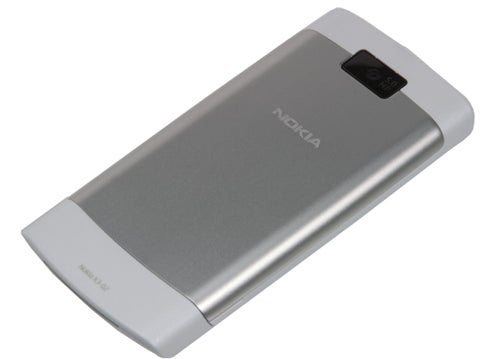 The spec list doesn’t disappoint at this price point. The Nokia X3-02 is equipped with Wi-Fi, speedy HSPA mobile internet and a 5-megapixel camera. Is this really a smartphone though? It runs Symbian S40 v8, traditionally thought-of as a feature phone OS, but at this late point in its life it can just about do most of the things a “full” smartphone OS can do.


This “best of both worlds” approach is what Nokia has strived for in this phone. Its physical buttons offer a life line for those still unsure of going full-touchscreen, and we appreciate the dimensions of its petite and slim 9.6mm body. That’s just 0.3mm thicker than the iPhone 4, which only has to fit in one front button, not the 16 seen here- including four handy soft key shortcuts. 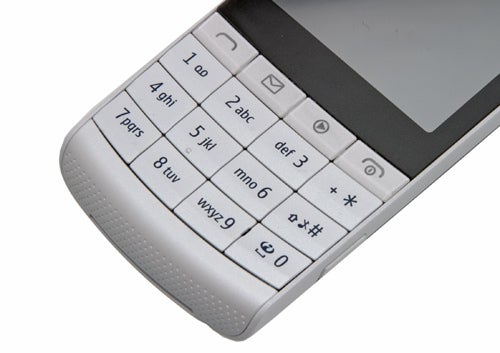 On top of the phone there are 3.5mm headphone, micro USB and proprietary Nokia charging ports. The X3-02 can be charged over USB as well as the Nokia jack, but charging is slower than with Nokia’s adapter, which we suppose is of import to some people (most smartphones seem to manage with just microUSB, though).

The Nokia X3-02 is powered by the Symbian S40 operating system. It’s the lowest-end OS Nokia has, primarily due to its lack of multi-tasking, but at this stage of Symbian development, it offers most of the key features of Symbian S60, its bigger brother.


The Nokia Communities feature gives you access to your Twitter and Facebook feeds in a relatively easy-to-use (though somewhat slow) app-style format, while the Mail app is happy to take on multiple accounts at once, from Ovi Mail, Yahoo! Mail, Gmail and Hotmail. This information can also be laid over your home screen. 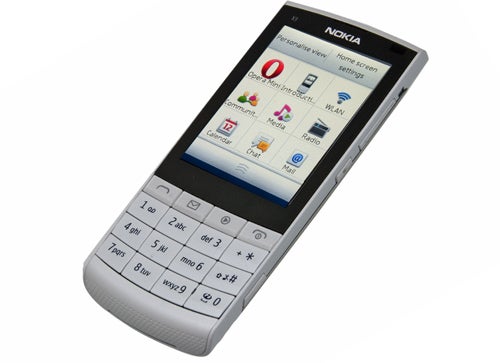 The X3-02’s home screen features four slots, arranged vertically, that can be filled-up using the 14 included widgets. Aside from the social networking and email notification bars, the most useful picks include the neat WLAN controller and Favourite Contacts bar. Here’s the full run-down:


Symbian S40’s widget-based home screen isn’t a patch on Android, which offers thousands of different widgets that you can position much more freely, but these limitations don’t feel too encumbering on the small 2.4-inch screen.


Other built-in apps are mostly basic, comprised of a world clock, calculator, unit converter, voice recorder and to-do list – as well as a few games. The one concession to today’s demand for snazzy apps is Shazam, the music identification app. 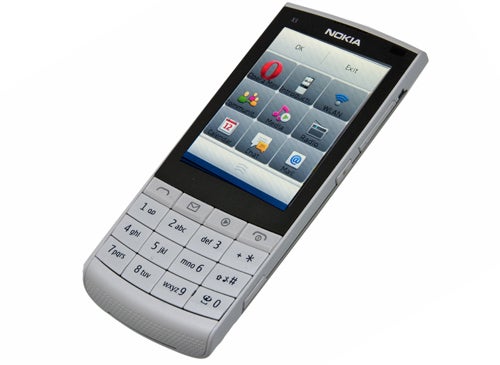 The Nokia X3-02 also has access to the Ovi Store, Nokia’s own app store. App support is very limited though, thanks to the phone’s operating system. Current S40 phones may offer many features we’d associate with higher-end phones when laid-out as bullet points, but apps available for this phone look and feel like feature phone apps. They’re basic and often a little crude. You can have a browse of the games and apps available to the phone at the http://store.ovi.com/ Ovi Store web portal.


Perhaps the most disappointing omission of the Nokia X3-02 is GPS navigation. There’s no software installed, and no GPS capabilities lurk in the background, waiting to be explored. Most Symbian S60 phones offer GPS and come with the free, and very useful, Ovi Maps software, so bear that in mind if you want your phone to double as a navigation device.


The phone uses a resistive touchscreen, which – unlike the capacitive panel used in most smartphones – senses direct pressure rather than conduction. When used with a finger or thumb, this type of touchscreen feels unresponsive and inaccurate compared with the capacitive kind. However, that’s precisely the point of having the physical keypad – typing is the one thing that suffers most from a poor touchscreen.


Full web browsing is in, and snappy to load thanks to 3G and Wi-Fi connectivity, but navigation is a little sluggish. Thanks to the resistive screen, there’s no multi-touch. The essential zoom feature therefore relies on an unresponsive double-tap manoeuvre, or a series of taps using the interface’s virtual buttons.


Browsing is a key duty of the Nokia X3-02 Touch and Type’s touchscreen, but we found ourselves craving a physical navigation D-pad or touchpad. Without a super-quick way to zoom in and out of web pages, you start to feel the cramped dimensions of the 2.4in screen – pointing with a finger isn’t accurate enough to tap on most links without zooming in. 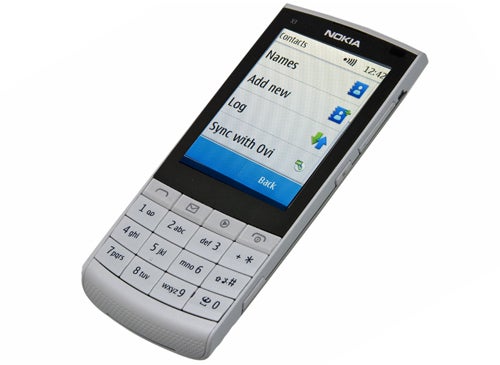 The built-in browser offers bookmarks but no tabbed browsing, although Opera Mini is also available for the phone. It offers a more advanced feature set, including tabs and a customisable home screen.


The keypad is a strong point though, with large keys making typing quick, easy and accurate. Certainly for typing short texts or URLs, it’s fine and dandy. It’s if you venture after more verbose conversation that the niggles appear. In essence, frequent emailers would be better off with the Nokia C3’s nifty full-Qwerty keyboard to keep up a decent turn of speed. There’s no option to switch to a virtual touchscreen keypad, either, although we grant it’d rob the phone of its purpose.

The Nokia X3-02 Touch and Type’s camera has a 5-megapixel sensor, producing images up to 1944 by 2592 pixels. That’s the same maximum resolution as the iPhone 4, but this cheaper phone fails to produce similar-quality images.


It uses a fixed-focus system, giving you no control over the subject of your images, and leaving any close-up objects out of focus. There’s no flash either, making the camera next to useless during night-time. Even in daylight, most photos are quite grainy and riddled with chromatic aberration. That said, while we wouldn’t print out the X3-02’s snaps, they’ll do for the occasional Facebook or Twitter post. 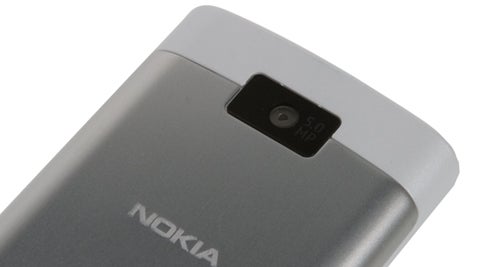 Video resolution maxes-out at 640×480 pixels, and while it doesn’t cope with fast motion all that well, quality is decent. Other 5-megapixel cameras offer 720p video capture though, so it’s nothing special.


The ability to shoot video and stills in greyscale, sepia and negative is a neat addition. The X3-02 also gives you some control over white balance and offers a timer function.


Xvid playback makes a surprising addition to the phone’s skill set, given its video un-friendly 2.4in screen. Playback of these files is patchy, and some of our test Xvid clips refused to play at all – plus we can barely stomach watching a YouTube clip on such a small display, let alone a half-hour TV episode or such like. Other supported video formats include H.263, H.264 and WMV.

The X3-02 is much better at playing music. The 3.5mm headphone jack lets you use your own earphones without an adapter and the bundled 2GB memory card will store around 30 albums of music encoded at 160kbps (while u to 16Gb cards are supported, if you want to buy your own). The built-in music player lets you browse through your music by album name, artist or genre, and there’s also support for playlists.


Music can be played while you’re not in the media player app proper, and a tap on the physical music player button, sitting above the T9 keypad, brings up on-screen remote control that lets you play, pause and change tracks. An FM radio is also included, and can also be controlled using the on-screen remote – used for changing station rather than tracks.

Day-to-day navigation through the Nokia X3-02’s menus isn’t incredibly quick, and there’s a brief loading screen that pops-up as apps are loaded and closed down. This isn’t a super-powerful phone, but we didn’t find the slight lag irritating – it’s consistent and the phone was crash-free in our testing period, and that’s the main thing. Call quality is decent but the speaker is not particularly loud, even at top volume.


One area that benefits from the handset’s feature phone roots is battery life, being superior to most smartphones. You’ll get a solid few days of use on a full charge, unlike the day and a half you’d get from a rival Android smartphone. But when GPS functionality is ruled out and app support is average at best, you need to ask yourself whether this positive mitigates for the lost features. 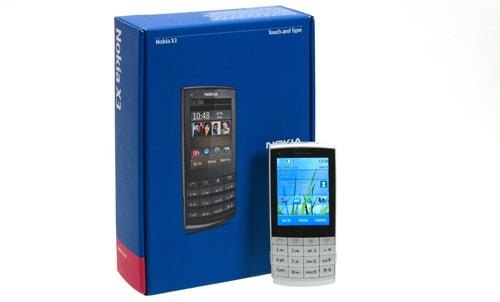 An affordable phone that offers a good keypad and a reasonable touchscreen, the Nokia X3-02 is a decent choice for those who can’t let go of physical buttons. With no GPS and poor app support though, it’s tough to recommend over an Android alternative if the keypad doesn’t light your fire. 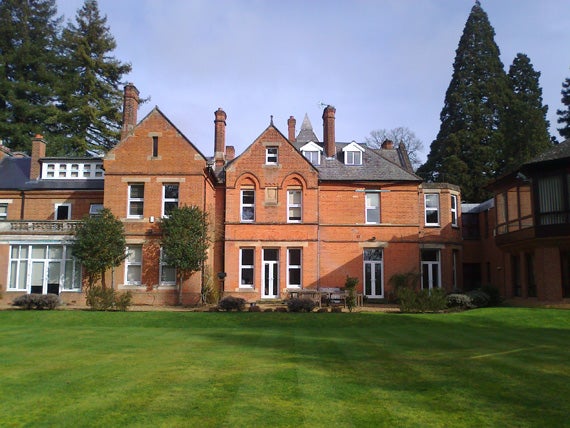 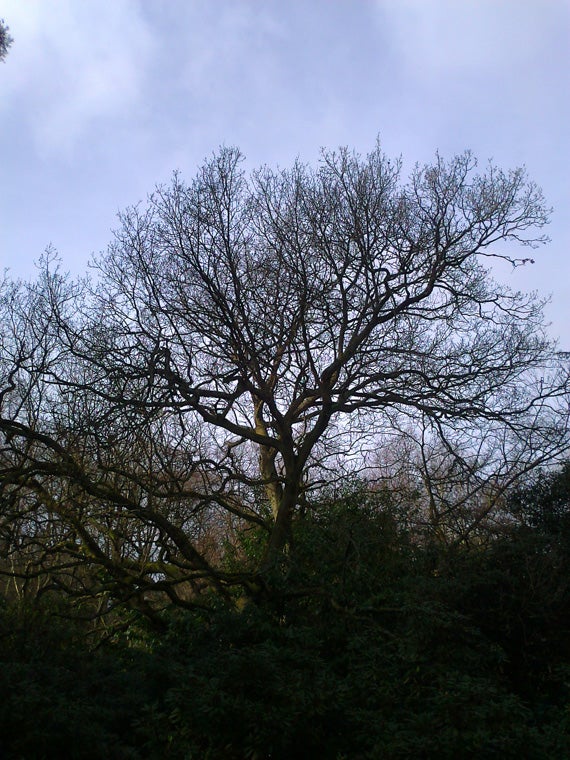 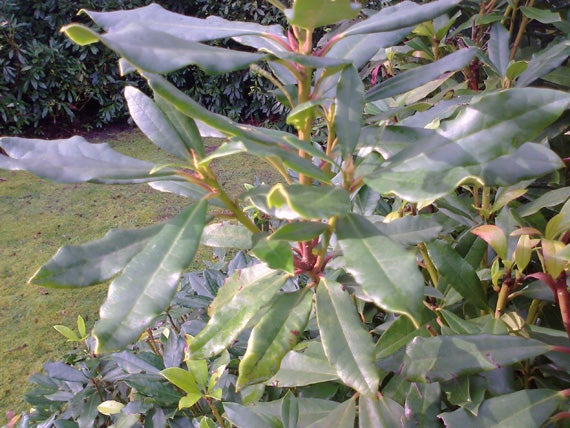 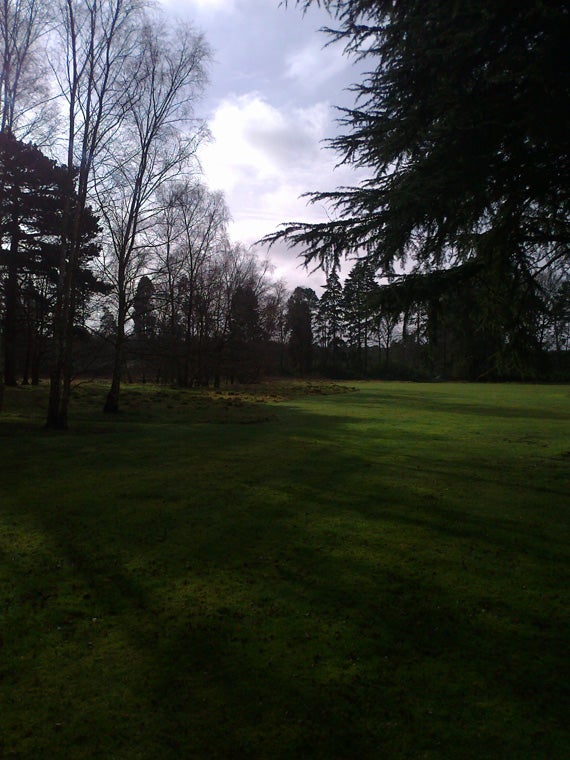 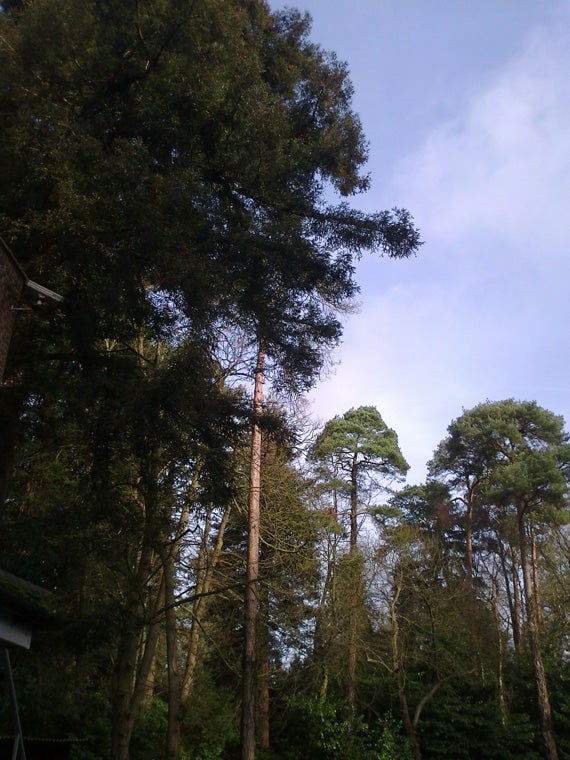 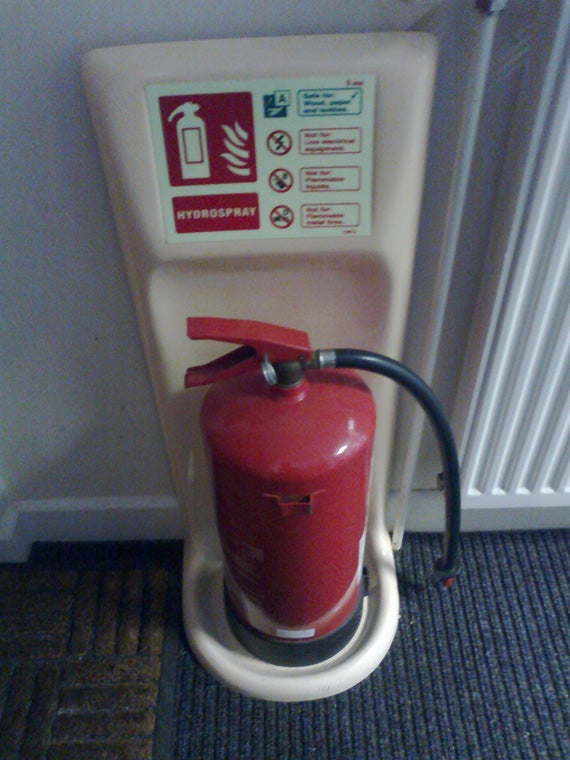