Nokia gets in bed with a green monster

The Nokia X is the first phone made by Nokia to use the Android operating system. It’s out to win over a new audience of people who after a true low-cost smartphone. It costs 90 Euros – probably roughly the same amount in pounds – has a 4-inch screen and a brand new interface that looks nothing like normal Android. But is it any good? I had a closer look at MWC 2014.

Watch our video of the Nokia X:

It may be totally different from Nokia’s Lumia phones in most respects, but the X stays true to the Lumia series’s colourful design. The phone comes in yellow, blue, green and red as well as black and white.

It’s a chunky little boxy phone – 10.4mm thick – that could pass for a Lego mobile. It’s a cute little thing. 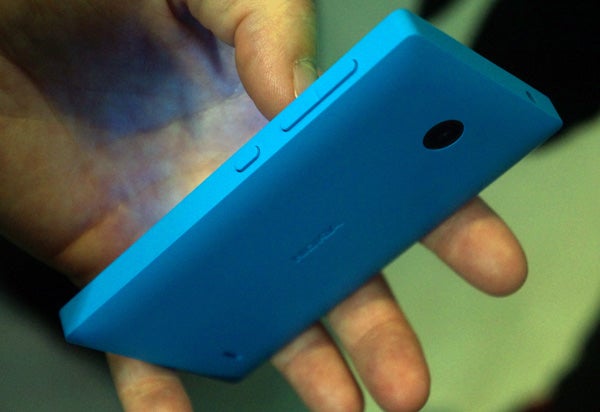 Like Nokia’s cheaper Lumia phones, the Nokia X has a removable plastic rear that gives access to the two micro SIM card slots. This is a phone with emerging markets in mind, and that’s why it offers dual SIMs.

There’s also a microSD memory card slot, which is a must as the phone only has 4GB of internal storage.

Hardware isn’t the interesting thing about the Nokia X, though. Software is.

The Nokia X runs a heavily customised version of Android 4.1, and it looks nothing like normal Android. Instead, it borrows heavily from Windows Phone, using a home screen of tiles that show everything on your phone. There are no traditional Android home screens here. 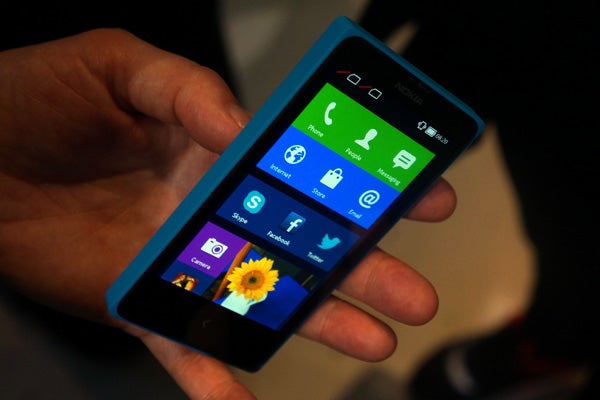 I’m not totally convinced by this new interface, though – it seems to have too much potential to become a cluttered mess, even if it does support folders. Some of the app tiles are ‘live’ too, meaning they relay information rather than just acting as a link, but it isn’t as well executed as Live Tiles are in Windows Phone. It’s early days, however, and hopefully Nokia will tweak the interface in future updates.

There’s another side of the interface too. Fastlane is a scroll of your recently-used apps and phones features – the music player, for instance. This part of the phone seems to be there to help out if your Nokia X home screen gets that bit too cluttered. An admission of guilt?

For a budget phone, though, the Nokia X has a reasonable amount of screen real estate. It’s a 4-inch display of 480 x 800 resolution – the same as budget Lumias like the Lumia 520 and Lumia 620.

Although clearly an entry-level screen, without the top-notch contrast of Nokia’s more expensive phones, it’s not bad. This is an IPS-type screen, offering better viewing angles than some other cheap phones.

However, it’s not a patch on the Moto G‘s much sharper 720p screen. 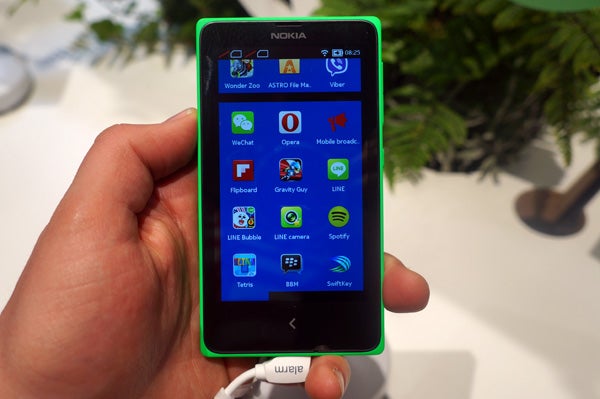 The Nokia also misses out in one other crucial respect – apps. There are none of Google’s much-loved apps here, and there’s no Google Play app store.

Instead, the Nokia X offers a bunch of Nokia and Microsoft apps, such as the Here navigation suite and OneDrive online storage. You also get a handful of other pre-installed apps including BBM and Skype.

Casual users may be happy, and you can sideload your own apps, but even Nokia admits that its fledgling Nokia Android app store won’t offer a full and complete selection. It will even suggest third-party app stores should you not be able to find what you’re after. 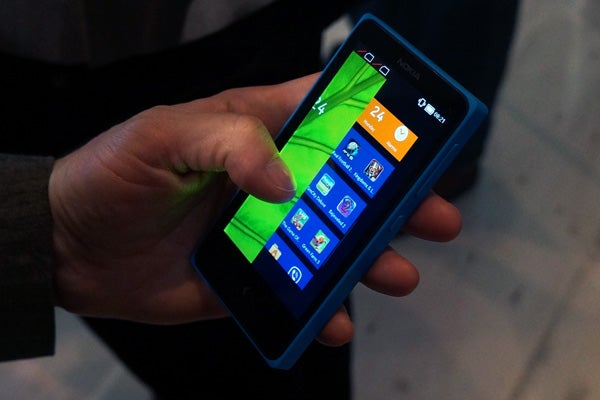 Nokia will doubtless argue that third-party alternatives are a good replacement, and that its library is growing fast. But budget Androids are already prolific, so there seems little reason to excuse the Nokia X.

Performance isn’t likely to be all that great once you fill up the phone’s memory either. The dual-core 1GHz is reasonable for an entry-level phone, but with just 512MB a bit of lag is likely. I didn’t notice anything catastrophic during a brief play with the phone, though, and the Nokia X Plus offers 768MB RAM for a performance boost – and only costs £10 more.

The camera too is extremely basic, with a fixed focus 3-megapixel sensor and no flash. 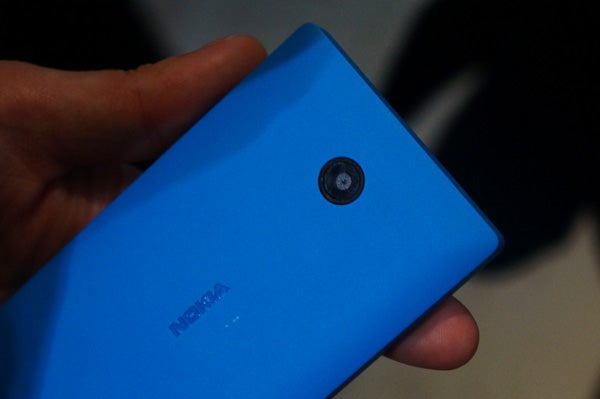 However, I still can’t quite give up the cute factor. The Nokia X looks
and feels a whole lot better than the majority of budget Androids, and
while it’s quite limited in some crucial respects I still find myself
wanting to try one out properly.

First Impressions of the Nokia X

The Nokia X is most exciting because of its Android software. However, it’s the design and hardware we like most here, as the limited app support and potentially niggly software need a bit of time to develop.