The Nokia T20 is a great-looking and durable device with a sharp screen. It’s being marketed toward families who want the main perks of a tablet, but without paying high-end prices. There’s a lot to like here, but the camera quality and performance require some improvements.

You’d be forgiven for thinking the T20 is Nokia’s first tablet, given how long it’s been since the company released the Nokia N1 back in 2014. In fact, the T20 is the first tablet release we’ve seen since HMD Global took over the business all those years back, making this new territory for the company.

Like the N1, the Nokia T20 is an Android-powered tablet and, like Nokia’s current lineup of phones, the tablet takes advantage of all the OS updates, security updates and durability testing for which the brand’s phones have become known.

Read on to discover all you need to know about Nokia’s second tablet.

The Nokia T20 is a sleek and simple-looking tablet. The rear is coated with a subtle, metallic navy shade, as are the bezels wrapped around the display on the front. The design is certainly a step forward from the older N1 with its chunky top and bottom borders, giving the T20 a modern look.

This is a relatively small and lightweight tablet, measuring 247.6 x 157.5 x 7.8mm and weighing just 470g. Comparing the tablet to Apple’s ever-popular iPad line, this puts the T20 below the iPad, iPad Air and iPad Pro in terms of size, but it isn’t quite as small and compact as the iPad Mini.

Of course, the T20 wouldn’t be a Nokia device if it wasn’t durable. In that vein, the tablet features a sandblasted aluminium body, a toughened glass display and an IP52 water-resistance rating. The latter means the T20 is protected from limited dust and water spray that’s less than 15 degrees from vertical.

The body itself feels a little thick, but the flat edges and softly rounded corners make the tablet feel sleek and modern overall.

Along the bottom edge you’ll find a USB-C port for charging, while in the bottom left corner sits a 3.5mm headphone jack for those who haven’t made the switch to wireless headphones. There’s a volume switch on the right side of the tablet and a power button at the top.

Nokia also sells a limited range of accessories designed to go with the T20, including the Rugged Case, the Rugged Flip Cover and the Nokia Micro Earbuds Pro. I was given the Rugged Flip Cover to try out and really liked it. The cover is soft, and the plastic casing itself is sufficiently bendable to take the tablet in and out of the case without pushing too hard and worrying about breaking it.

Nokia doesn’t have its own keyboard or pen to pair with the T20, which is a shame for students looking to take notes in the classroom, but the tablet is compatible with third-party Bluetooth keyboards and passive pens. It doesn’t support active pens, so this tablet isn’t the best choice if you’re looking for a device to sketch and create digital art.

The Nokia T20 packs a 10.4-inch display with a 2K – or 1200 x 2000 – resolution. According to HMD Global, the screen is capable of hitting 400 nits of brightness and is SGS low blue light certified, meaning it should be comfortable on the eyes.

The T20 is marketed toward a wide array of users, including those in need of a tablet for work calls, parents looking for a device to assist kids with their education, and anyone wanting a device to catch up on TV or movies. I can see the 2K display working well for any of these purposes.

This isn’t a device for high-performance gaming or intensive creative work, though; but for most daily activities, the screen is sharp and bright enough to do the job.

If there’s one thing Nokia is consistently good at, it’s providing reliable OS updates – and the T20 is no different.

While the tablet runs Android 11 at launch, HMD Global promises it will get Android 12 and Android 13 further down the line, along with three years of monthly security updates. What’s more, the T20 runs the stock version of Android. This means you can expect timely updates and you don’t need to worry about any unnecessary apps or features interfering with the way the OS operates.

Two of the biggest features HMD Global is pushing here are Family Link and Google Kids Space. Family Link allows parents to set screen time limits, approve (or deny) apps remotely, and add teacher-recommended apps directly to the device. Meanwhile, Kids Space is a feature that turns the T20 into a tablet tailored to kids with apps, books and videos chosen to entertain and educate young minds.

As far as performance is concerned, the Nokia T20 is powered by the Unisoc T610 octa-core processor and includes 4GB of RAM and 64GB of storage, expandable up to 512GB with the microSD slot. Wi-Fi and LTE versions are available, plus there’s also a 3GB/32GB configuration – but this model won’t be available in the UK.

While the performance isn’t terrible, neither is it great. The display is generally responsive, but apps can take a few seconds to load and scrolling could be smoother.

The biggest issue I encountered took place the first time I opened YouTube and tried to play a 1080p video in full-screen mode. The display immediately went black and then white and, while I was able to lock and unlock the tablet, I couldn’t close the white screen without restarting the tablet. Nokia has since released a software update and I’ve used YouTube repeatedly and haven’t experienced the problem since, so it appears this issue has been resolved.

On the back, there’s an 8-megapixel rear camera with auto-focus and LED flash, while on the front you’ll find a 5-megapixel selfie camera.

The cameras are good enough to scan documents and hold calls, but images can be noisy – especially in low light – and colours are pale and washed out. I definitely wouldn’t recommend replacing your phone camera with the T20.

The Nokia T20 packs a sizable 8200mAh battery, which HMD Global claims can support up to 15 hours of web surfing, up to 10 hours of video streaming and up to 7 hours of video calling.

I allowed the tablet to run from 100% to 0% while playing YouTube videos to gauge the accuracy of these numbers, and found the device lasted 12hrs 20mins before switching off – that’s a good two hours of additional playtime over Nokia’s own estimations.

The T20 also supports 15W charging via USB-C, but only comes with a 10W charger in the box, so you’ll need to pick up your own 15W power brick if you want to take advantage of the faster charging.

You want a good basic tablet The T20 is a sleek-looking device with a sharp display and some handy features for kids.

You want the best performing tablet The T20 doesn’t pack the fastest processor on the market.

The T20 feels very “Nokia” with its durable design and frequent OS and security updates. Coming in at an affordable price, the tablet is packed with stock Android features that will make the device a useful addition to any family without breaking the bank. Just don’t expect top performance or an out-of-this-world camera.

Tested the tablet for a week

Tested the camera in daylight and low light conditions 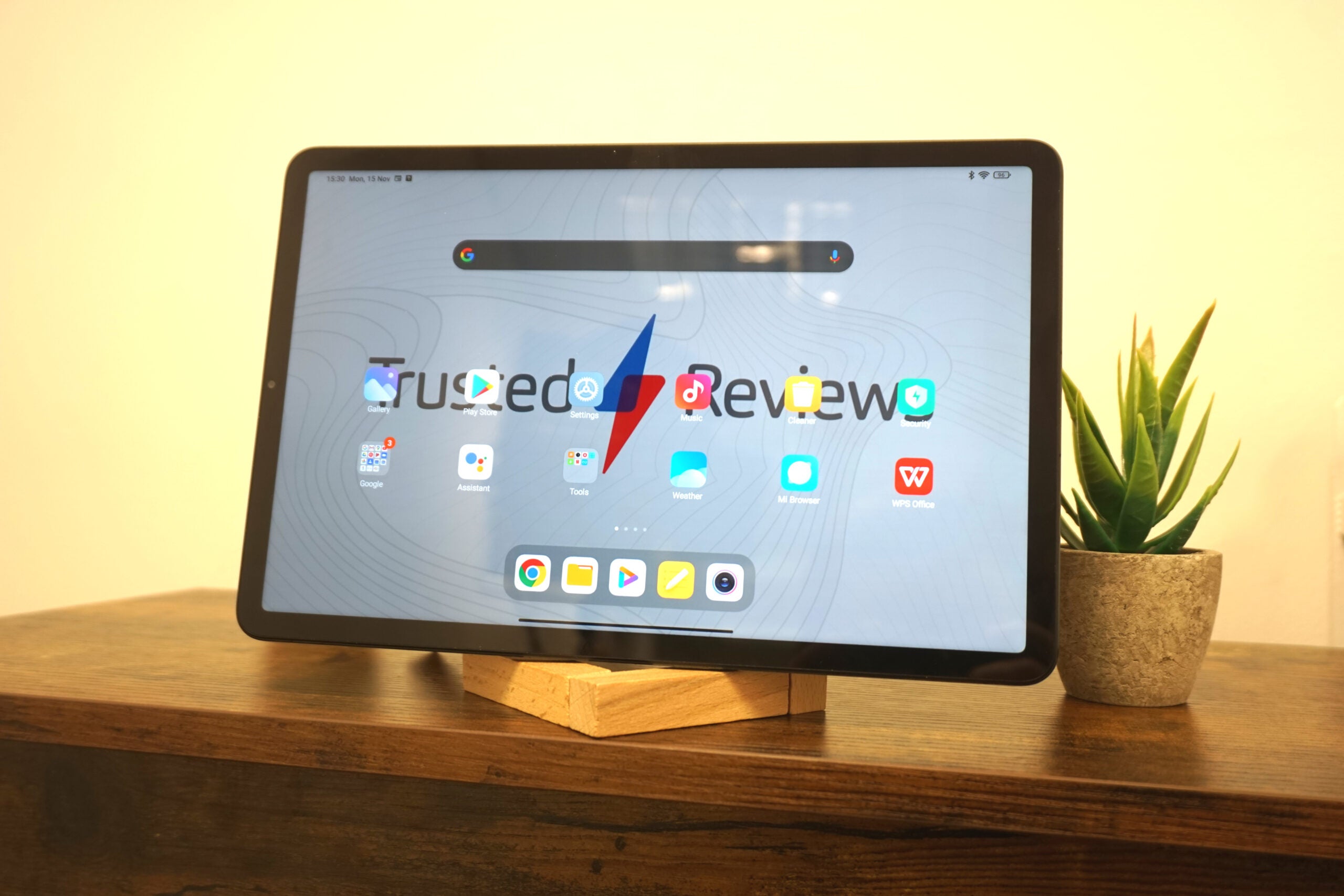 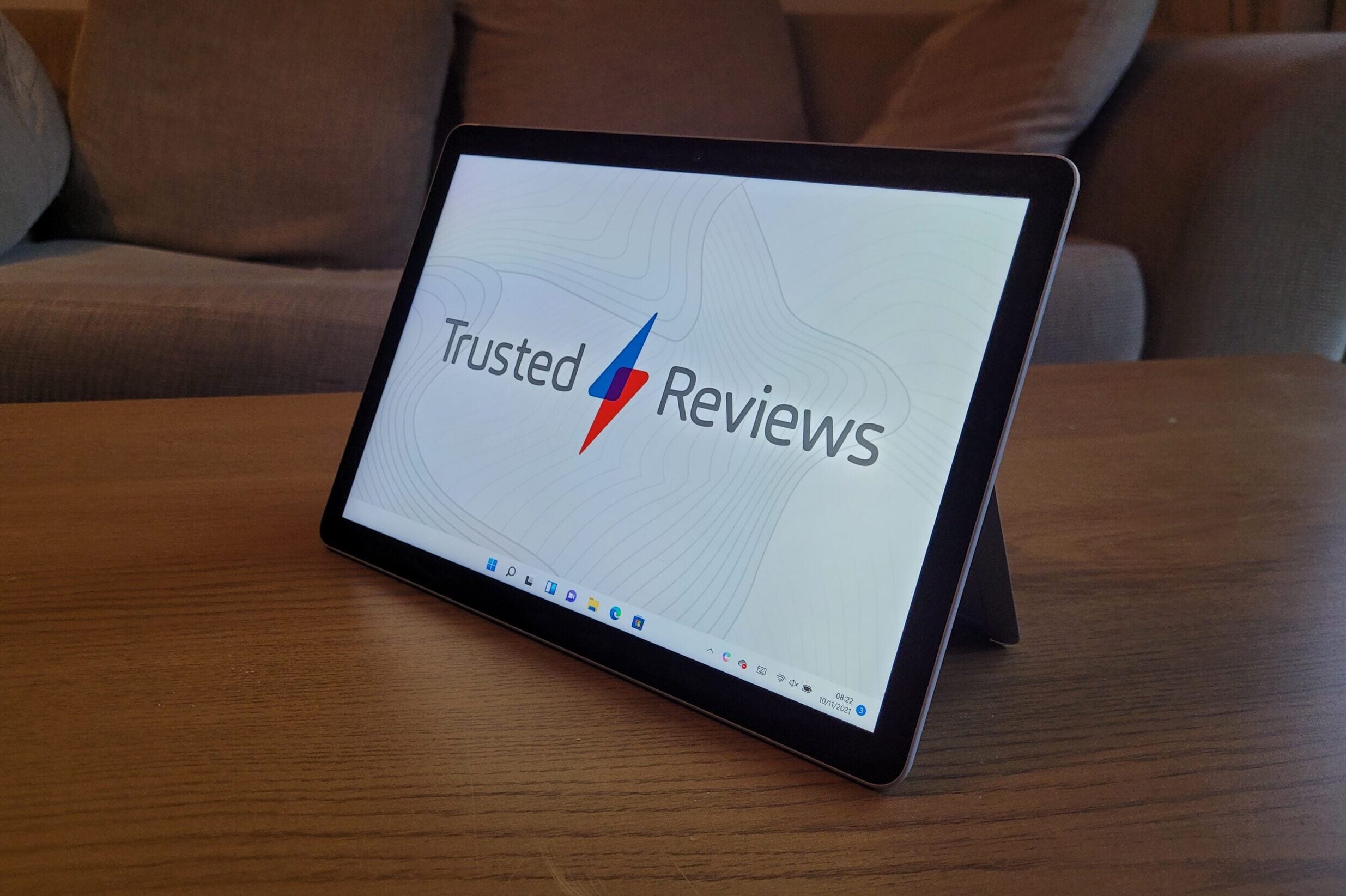 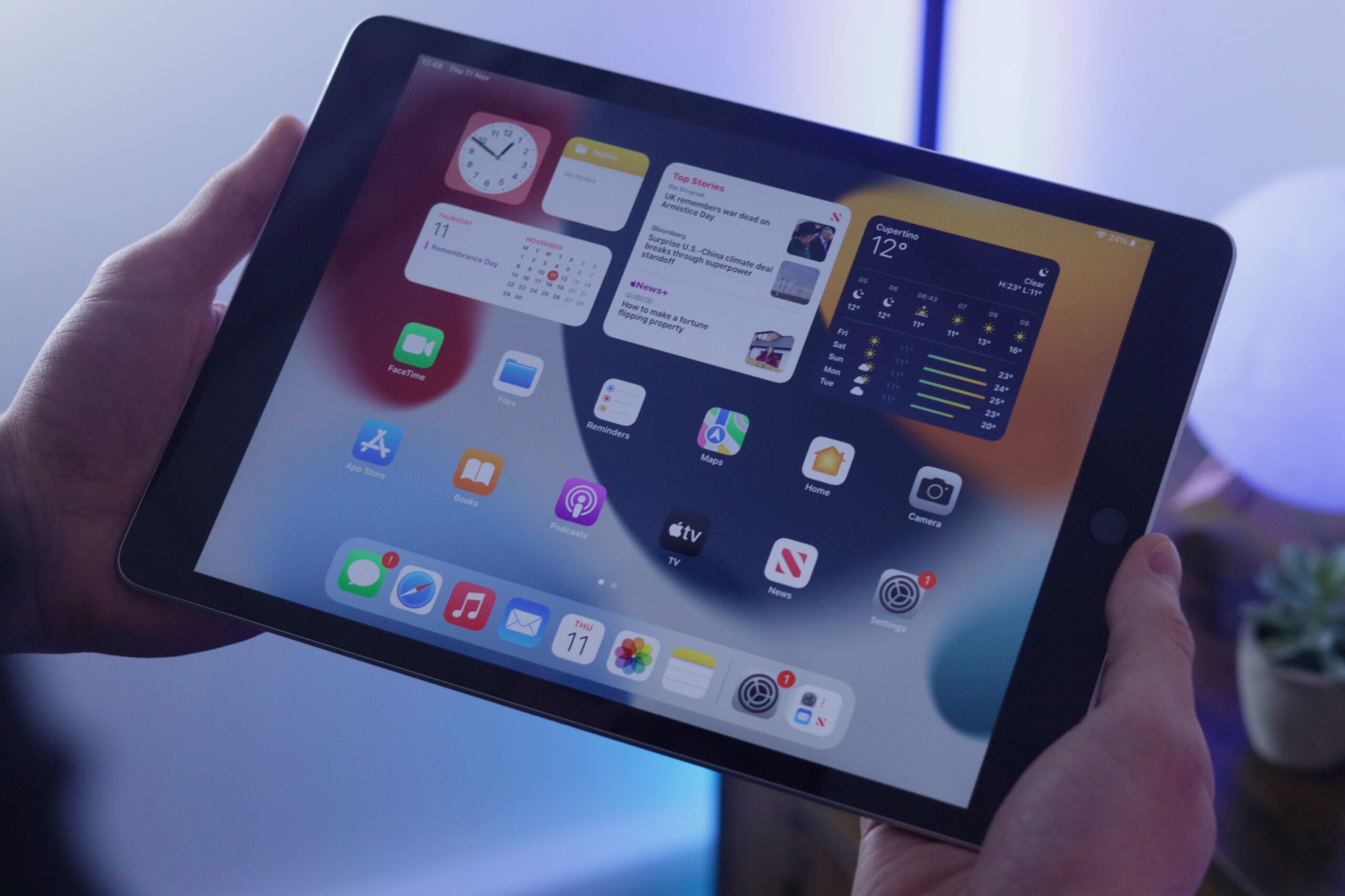 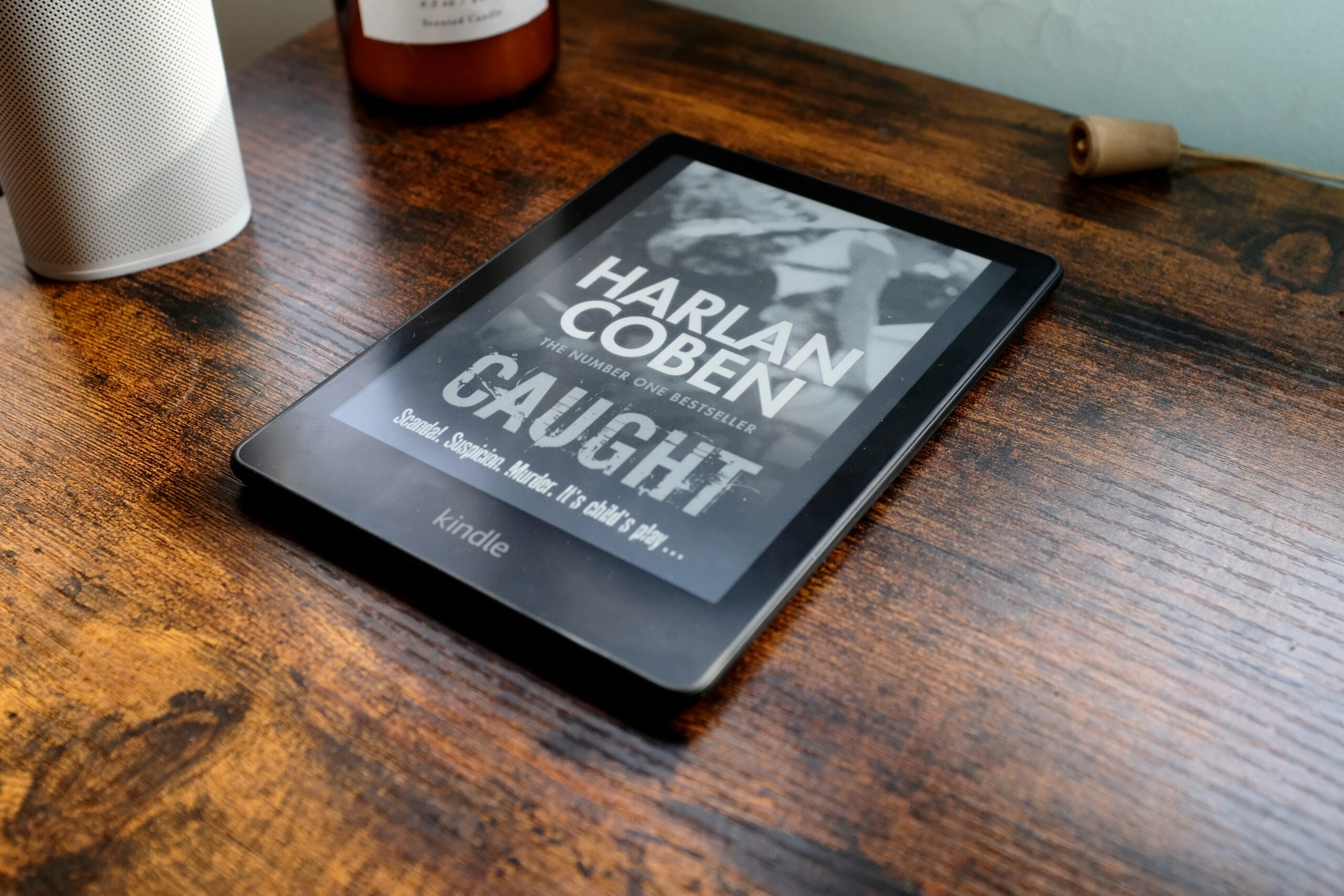 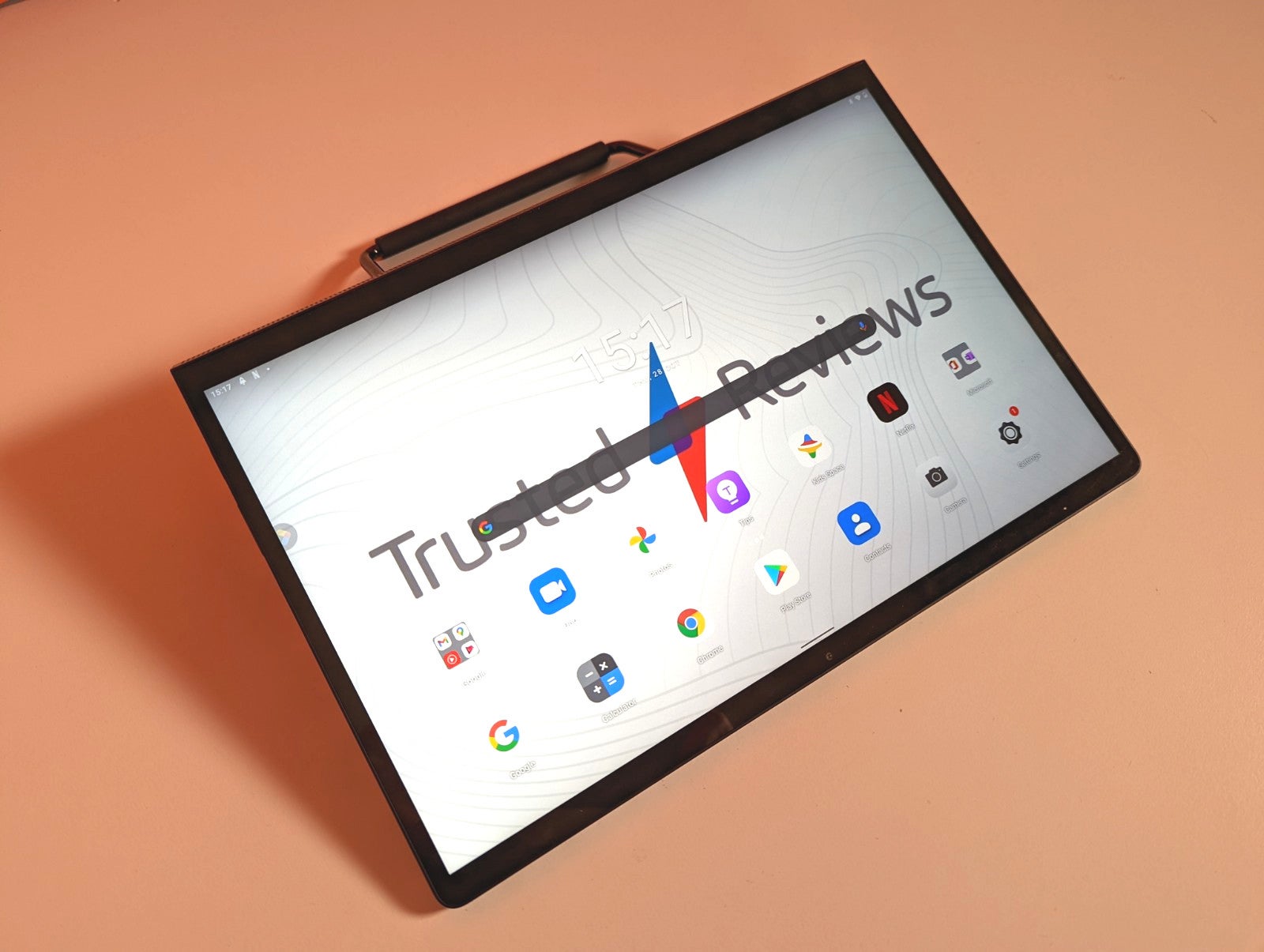 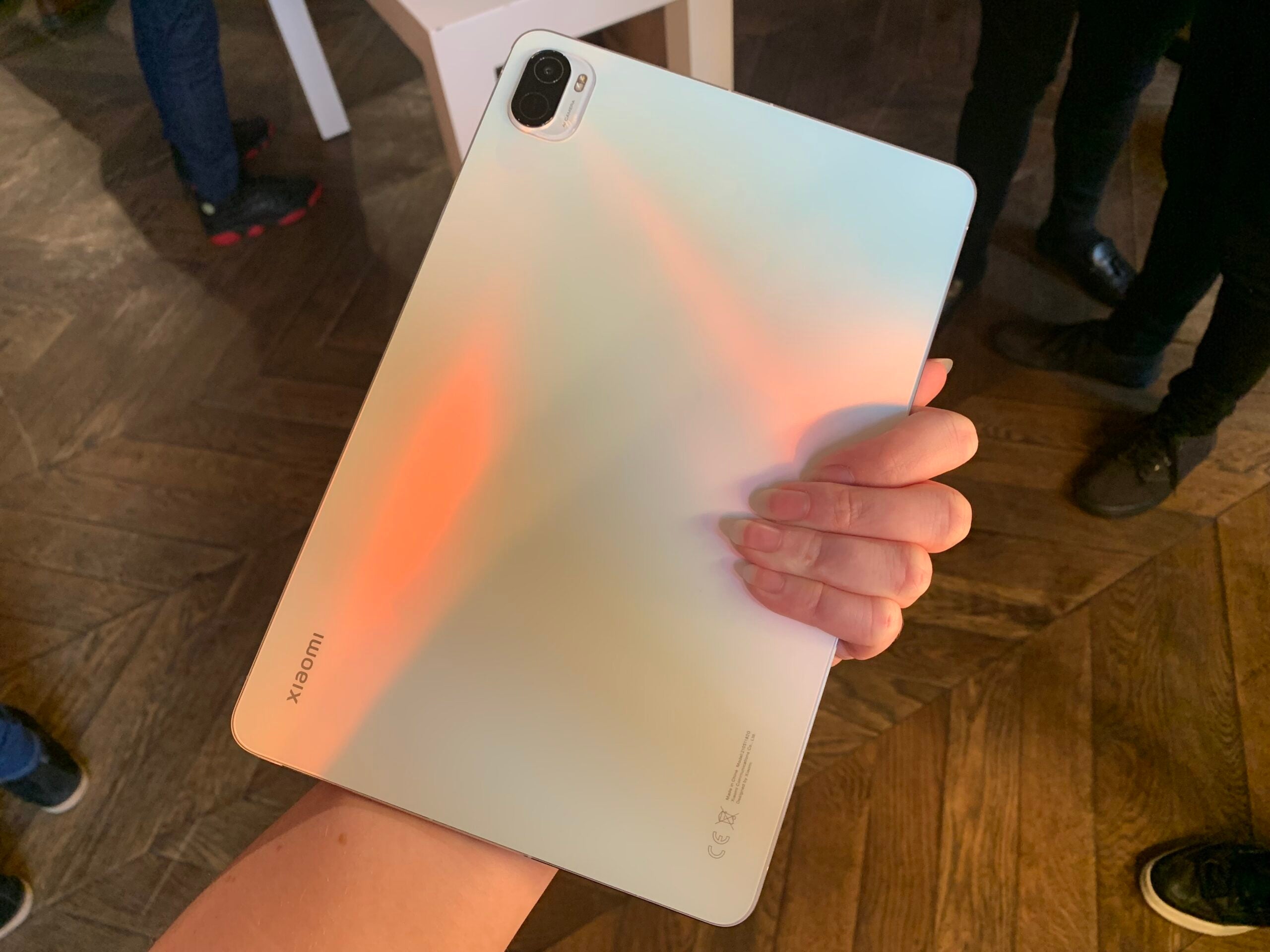 Does the Nokia T20 have LTE?

Yes, there is a Wi-Fi version and an LTE version of the tablet.

What size display does it have?

What chipset does the tablet use?