Nokia’s Series 60 operating system has been around since 2001, so it’s perhaps not all that surprising that when you place a Series 60 handset next to an iPhone or Android phone the OS looks a little tired. Maybe this is why Nokia has decided to use a completely different OS on the N900, its latest Internet tablet/mobile phone hybrid.


Instead of Series 60 it’s opted for its newer Maemo operating system, which is based on Debian Linux. This is not the first time it’s used Maemo on one of its devices – the OS previously put in appearances on the N770, N800 and N810 Internet tablets – but it is the first time it’s been used on a device with mobile phone functionality.


In terms of looks, the N900 is certainly not the most attractive phone that Nokia has produced. The design is big and brutish, something that is highlighted by the fact it’s around twice as thick as most other touchscreen phones on the market at the moment (it measures 59.8(w) x 110.9(h) x 19.5mm (d) and weighs 181g with the battery). 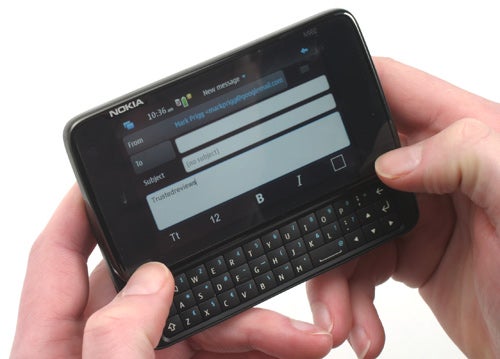 Of course, like Nokia’s N97 and E75, this extra girth is in part due to the slide-out keyboard hidden within its frame. However, the keyboard is not quite as good as the ones on those devices. It doesn’t slide out very far from the case, so there’s only room for three rows of small and cramped keys. The limited number of keys also means there’s a lot of shared functionality between them. For example, there’s no room for a row of numbers across the top, so instead they’re accessed via the top QWERTY line using the Function key. It’s a similar story when it comes to punctuation.

Rather than use a capacitance screen like the iPhone and HTC Hero, Nokia has stuck with a standard resistive touchscreen. However, it’s definitely one of the better resistive displays we’ve come across, as it’s quite sensitive and does a good job of registering finger presses (there’s also a stylus tucked away in a slot at the top of the phone). 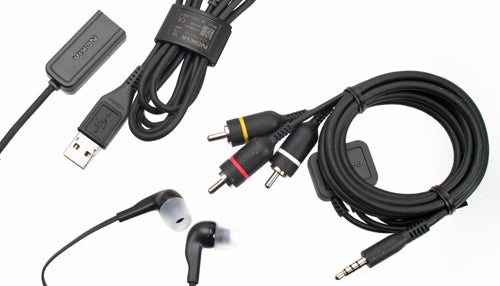 Furthermore, the 3.5in display looks fantastic as it’s very bright, produces life-like colours, and has a relatively high resolution of 800 x 480, making text and graphics look pin-sharp. By default, the screen is set up to vibrate slightly to give haptic feedback when you touch it, but this can be turned off in the menus if it’s not to your taste.

One downside of using a resistive display is that it doesn’t support multi-touch. However, Nokia has tried to get around this by using gesture controls instead. For example, when you want to zoom in or out on a page in the browser, you just draw a spiral on the screen in either clockwise or anti-clockwise direction and the display will start to zoom. However, it doesn’t work quite as well as pinch-to-zoom on the iPhone or Hero, as when you begin the spiral action the page initially jumps around – as if you were moving it in a circle – before the phone finally recognises that you’re actually trying to zoom in and starts to magnify the page. 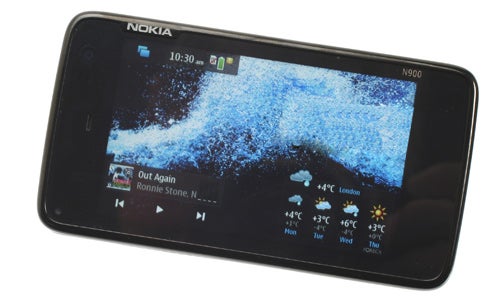 We really liked other parts of the Maemo operating system, however. For example, much like on Android phones, the home screen is divided into four sliding screens and each of these can be populated with a whole host of shortcuts to RSS feeds, websites, contacts and applications. The web browser is also impressive as it’s based on Mozilla and does a good job of rendering demanding pages. The browser also supports Flash so you can use it to view YouTube videos as well as those embedded in other websites, although the latter don’t always play as smoothly as they should. 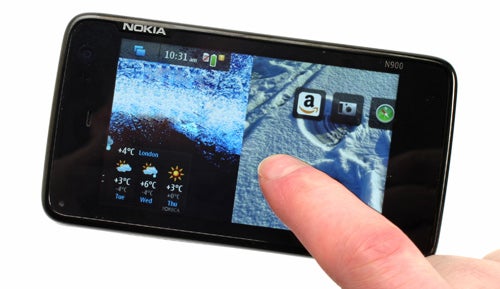 Nokia has included a good range of applications including its Maps software that works beautifully with the phone’s speedy onboard GPS chip. The handset supports proper multitasking too, unlike the iPhone, and switching between applications is very quick. There are also many nice animations and transitions used throughout the OS giving the whole thing a very slick and polished feel, much more so than even recent versions of Series 60. 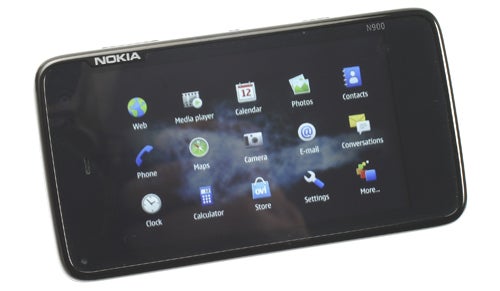 However, the OS is not without its quirks. For example, most applications can only be used in landscape mode; in fact, one of the few that can actually be used in portrait mode is the phone dialler (this is apparently being addressed in a soon to be released update). Another annoyance is that by default the phone isn’t set up to use an onscreen keyboard; you have to enable it in a sub menu first.

When it comes to speed, the handset’s muscular Arm cortex-A8 processor certainly doesn’t let the side down. It’s clocked at 600MHz and is supported by 256MB of physical RAM, plus a further 768MB of virtual memory, and this pretty potent combination means the phone feels very speedy in use and suffers from little perceivable slow down when you’ve got multiple applications open at the same time. About 31GB of physical memory remains available for storing applications, videos, music tracks and pictures, and you can add another 16GB via microSD cards. 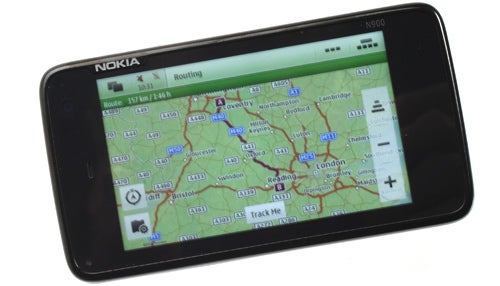 The N900 is fitted with a 5.0-megapixel camera that resides behind a sliding cover on the rear of the phone. The camera has a dual-LED flash and autofocus, but picture quality is only so-so. Outdoor shots in good light tend to come out looking a little bit soft. 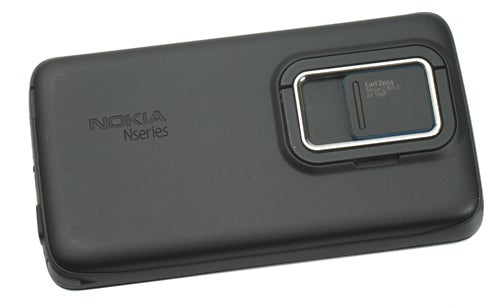 Battery life is never one of the strengths of touchscreen phones. Their larger screens, faster processors and extras like GPS tend to be demanding on power. As you would guess, then, the N900 isn’t much different. You can expect to get around two days out of it if you don’t hammer the 3G or GPS features, but on the whole you’re likely to find yourself topping it up with juice at the end of each day. Still, that’s pretty much par for the course on a smartphone of this ilk, although given the unit’s chunky dimensions, Nokia could have perhaps fitted a larger battery somewhere in there. 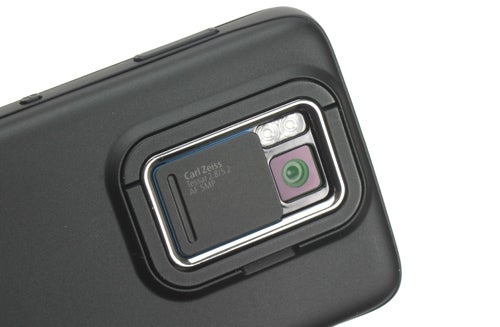 On the call quality front, Nokia is seldom found lacking and thankfully that’s the case here. Unlike the iPhone with its tinny earpiece that annoyingly needs to be positioned just in the right place on your ear to hear callers properly, the N900’s earpiece is very loud. And as long as your ear is relatively close to the earpiece you’ll have no problem hearing callers. The mic also does a good job of picking up crisp audio without capturing too much background noise.


When it comes to producing a real competitor to the iPhone, Nokia has spent far too long scrabbling around in the dark. However, with the N900 it’s clear that the company is now moving in the right direction. This handset is far from perfect – it could still do with multi-touch and its design is excessively chunky – but it does provide a much more inviting multimedia experience than any other Nokia product so far. 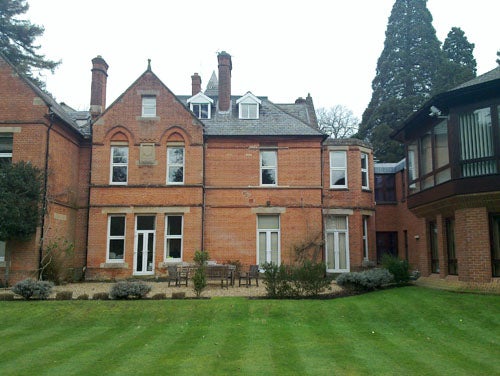 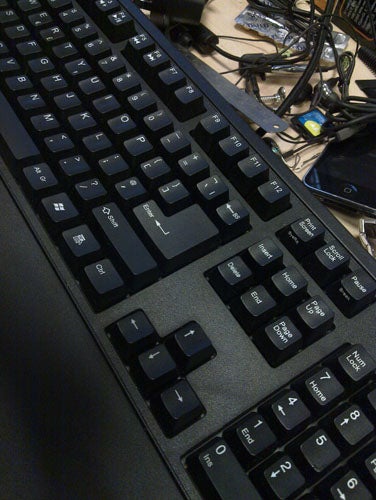 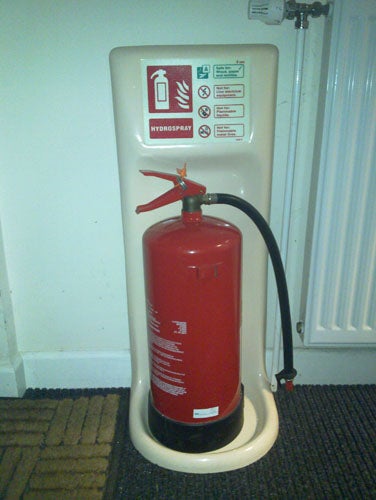 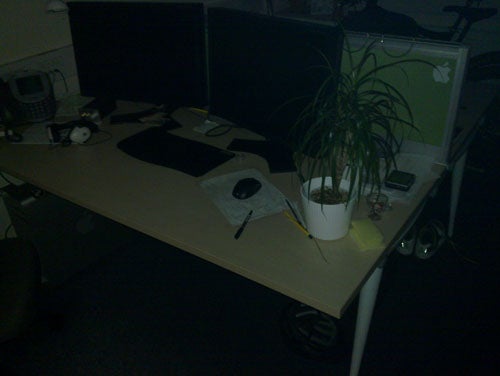 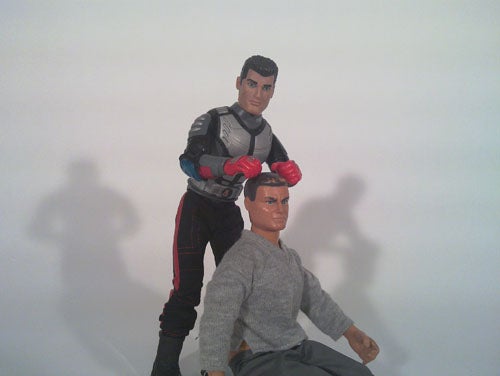 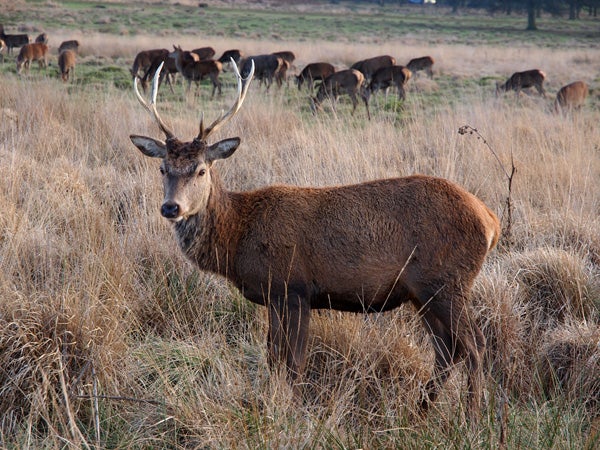