Nokia is not known for its clamshell handsets, but the company does occasionally make a foray into that world, and has done so with the N71.


In fact, despite Nokia’s reluctance to flip, there is already a clamshell handset in the N range – the N91. Where that is a very chunky beast, with a camera in its own clamshell independent swivelling section, the N71 has a rather more traditional clamshell design, being made in just two pieces, and hinged at its top edge. 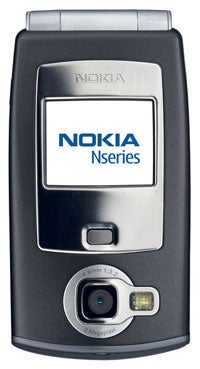 The front screen offers just 96 x 68 pixels of viewing area and, a relatively limited range of features. It will show the handset status and the current time, and when you are playing music a button underneath the screen will pause and resume. But you can’t switch between tracks or fiddle with volume without opening the flip.


Design wise Nokia doesn’t seem to have really taken the full potential of what the clamshell format offers on board. Let’s start with the overall size, shape and weight. The N71 is thicker than the popular candybar N70 – the other Nokia handset I happen to have handy as I write. With the clam closed it is almost as tall, and it is heavier. Compare for yourself: N70 53 x 109 x 22mm, 126g; N71 51 x 98 x 26mm with the flip closed, rising from 98 to a shade over 180mm tall with the flip open and 139g.


When you open the flip there is room for a decent sized screen and for large, well spaced keys. What does Nokia provide? A screen which is nicely specified in terms of pixels – 240 x 320 of them – but a mere 2.4in diagonal in size. I’d have liked to see it larger. 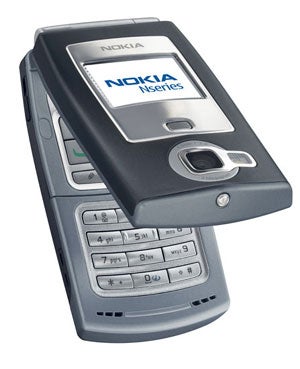 The keypad is the bigger disappointment, though. The number pad and control keys are separated by a design feature – a slightly curved indent in the casing which to my mind just consumes potentially useful space.


There are several things I just don’t like about the keypad design design. The softkeys are a long way from the softmenus they map onto, and while you will get used to this it is a little disconcerting at first.


The navigation key sits in the centre of a familiar group – Call, End, and those softmenu keys. It could easily be a third larger, and its raised select button feels only OK under the fingers. The whole thing needs an element of digit-precision to use effectively. 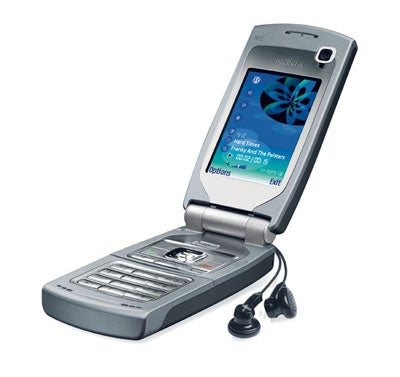 The Nokia menu, Edit and Clear keys sit on a row of their own under the Call and End keys. They are pretty small. A long way below them is the number pad, and again its keys are small.


Now don’t get me wrong here, I was able to use the N71 effectively enough, I just don’t think Nokia has got its head around the extra space the clamshell design offers in terms of key layout and spacing. 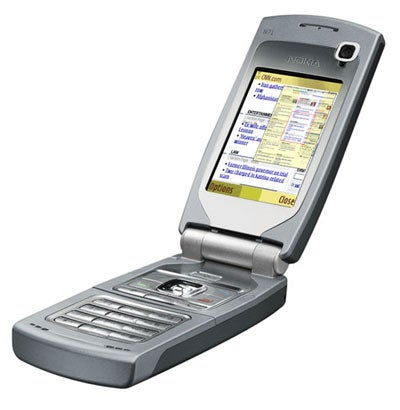 There is better news for the small ‘multimedia key’ which sits above the general array of keys. This is marked with a diamond icon and pressing it brings up a submenu on screen offering access to the Web, the N71’s FM radio, music player and image slideshow – you choose which you want using the navigation key.


Hold this key down and it will launch an application you choose – though you can only select from those designated by Nokia as having multimedia features which seems like a waste of a customisable hardware shortcut to me. And no, the camera isn’t one of the applications you can select. 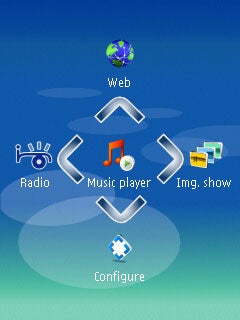 This is a 3G handset and there is a VGA camera for video calls sitting at the top right of the screen. The front fascia houses the main 2-megapixel camera and fairly healthy flash.


There is no way to start the camera running with the handset closed. You need to open the flip, go into the main applications menu and choose it from there. Nor can the front screen double as a viewfinder, so you can only shoot images with the flip open, though from there it is easy to switch to the secondary camera above the main screen to take shots of yourself.


There is a clever menu system using the softkeys and navigation key that provides access to the various shooting settings, so that at least when you have gone through the palaver of opening the clam and choosing the camera you can flick quickly between available shooting options. 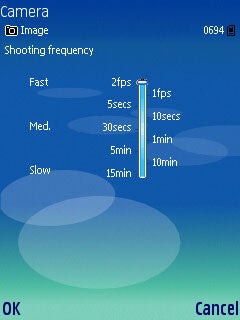 One option that might prove rather fun is the time lapse or sequence option. You can choose to take an automatic sequence of stills at intervals between twice a second and 15 minutes apart. Just make sure you are saving to a memory card if you do use this, as the 10MB of free built in storage will prove woefully inadequate.

The memory card format supported is miniSD, and our review unit, which came from Nokia, had a 128MB card in the box. Cards live on the top edge of the handset behind the clamshell hinge. It is a real fiddle to get to cards when the handset is opened, but I doubt Nokia thinks you’ll be doing that too often. The hinge area is also where you find the Pop-Port and mains power sockets, incidentally, with both the Pop-Port and memory card slots protected by covers.


While on the subject of memory, you’ll obviously need a card for tunes too. Sound output quality was on a par with what I’ve found in other N series handsets (which means ‘good’), and alongside the Pop-Port connecting headset you get a converter to a 3.5mm mini-jack so you can also use any other headset you prefer.

The N71 runs Symbian S60 v3, and as such it offers a seriously strong complement of built in software. I’ve already mentioned a lot of this in passing and along with PC Suite for sharing data with your PC it provides enough for most smartphone users to be productive out of the box.


It is nice to see infrared here along with Bluetooth, but the N71 is not one of the N series handsets that supports Wi-Fi.


Battery life was not all it could have been. But then any dual screen phone is going to suck up more than its fair share of power. During testing I did push the battery hard, setting the main screen power save time out to the maximum available which is 30 minutes and the light time out to 60 seconds – again the max. The front screen was set to its brightest and its power save also set 30 minutes, with its screen saver on for 15 minutes. I got eight and a half hours of music, which is not bad and a slight improvement on what I gleaned from the N91.


Despite the strong qualities of Symbian S60 v3 I can’t help feeling antipathy towards the N71 because of its poor hardware design. If Nokia intends to produce any more clamshell handset, it should think about the usability features that format lends itself to. Not least it should consider spring-loading the mechanism, which, as it stands on this large handset, feels very unwieldy and needs two hands to open.