Just before the DS and the PSP were launched, I remember having a debate with an old friend from the technology press as to whether or not the handheld games machine had had its day. He felt that, given the ubiquity of the mobile phone and the growing power of the hardware, there simply wasn’t any need for handheld consoles. I felt that specialist devices still did the job better, not least because the hardware was designed specifically for playing games, and because the manufacturers had a better idea of what games were and how they worked. 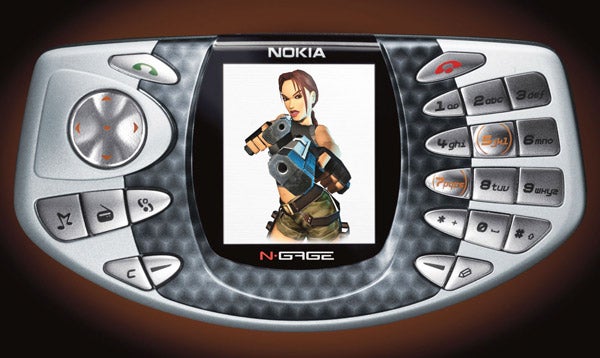 Nokia’s original N-gage concept could have been created to back up my point. Who can forget the original N-gage handset – the notorious Cornish pasty-like device that was a horrid mobile phone and an even worse games system. The QD redesign was an improvement, but despite a few successes – the war game Pathway to Glory, the MMO Pocket Kingdom – the system ended up as a bit of a joke. Mobile games have grown in popularity, particularly budget-priced casual games and licensed titles, but given the huge success of the DS and, to a lesser extent, the PSP, it seems that a dedicated device is still the best bet for gamers. 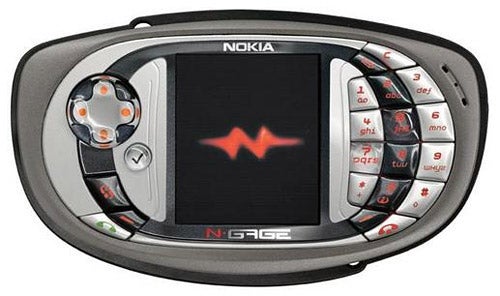 Now, however, Nokia has come back for a second crack at the market. N-gage 2.0 is a very different beast from version 1. Instead of a dedicated, cartridge-based device, we get a combination of applications and online services that runs on several Nokia handsets, including the N81, N82, N73, N95 and N93 series phones. The theory is that this strategy will give Nokia a foothold in the games market and gamers a good reason to opt for a Nokia handset, without forcing anyone to go for some peculiar specialist gaming handset just because they want to join in. 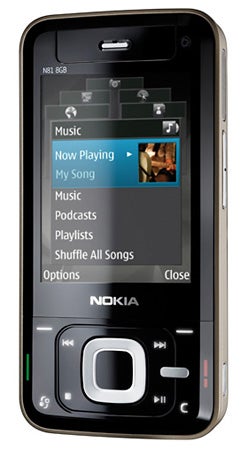 I fancied giving this new approach a chance, and Nokia was kind enough to lend me an N81 8GB mobile phone. This particular handset has become a favourite with mobile gaming enthusiasts, even if our Sandra wasn’t quite so impressed. It has built-in Wi-Fi and Bluetooth and a lovely 2.4in 320 x 240 resolution, 16.7 million colour screen, and for gaming purposes you can opt to use it in either horizontal or vertical positions.


With the phone held horizontally the phone’s main control pad becomes a digital d-pad while two hidden buttons on the other side of the screen come into play. It’s a good way of making a phone feel like a gaming device without stopping it from feeling like a phone, though it has to be said that the d-pad is a bit clunky under the thumb, and it never feels as natural as Sony’s classic d-pad or analogue nub. On the plus side, the handset packs some pretty good speakers for a mobile phone. You’ll want headphones if you want to avoid annoying your fellow commuters, but if you’re lounging around on the sofa at home you’ll find the sound quality at low volume levels pleasant enough.

To get to the games on the N81, you simply navigate to the Applications icon on the main menu then go through that to the N-gage application. Here you get a set of tabbed windows that allow you to view and setup a player profile, choose from your available games, handle your friends list and download new games, add-ons or trial versions from the N-gage Showroom. If all that sounds fairly familiar, it’s because it’s not hard to see where Nokia has got its inspiration from: Microsoft’s Xbox Live Service. As with Xbox Live, you have your own personal profile, your own friends list and a running points score, boosted by earning achievements in your N-gage games. What’s more, the service offers online leaderboards and proper online multiplayer gaming through its Arena section, not to mention downloadable content through the Showroom. You can connect through your provider’s 3G or EDGE services, or through a Wireless LAN or PC Internet connection via Bluetooth. Clearly the latter options are preferably if you’re planning to spend a lot of time online. 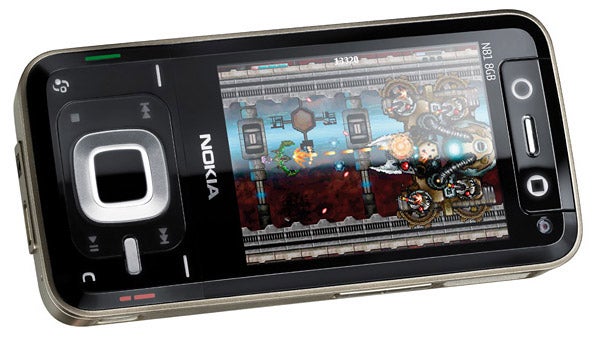 The new-fangled N-gage application and services show a lot of promise. I had a few issues getting things working smoothly with my own LAN connection (poor coverage in my area prevented me from trying a proper mobile connection), but the interface is clear, the personal profile system is roughly as effective as the equivalent on Xbox Live, and the Showroom facilities give you an easy way to find and try new games – not least because all N-gage games seem to have a free trial version, which you can then unlock if you want the full product. I honestly think that Nokia has taken the right approach here – after all, the close integration of Xbox Live with the Xbox 360 hardware and games line-up has been a huge selling point for Microsoft, and there’s a lot of potential in the idea of mobile online gaming. I might never have tried it, but I know that more than a few people got into Pocket Kingdom just because the idea of an MMO you could dip in and out of wherever you were was so appealing. The multiplayer-focused Reset Generation, which stems from the same producer, Scott Foe, should be a real feather in the N-gage cap. 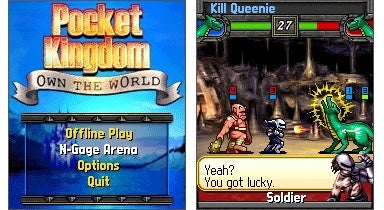 For now, however, Nokia still faces the same problem it faced with N-gage version 1: a lack of truly compelling content. We all know that we have to make allowances when playing games on a mobile phone – which is part of the reason why simple, graphically unambitious, easy-to-control titles have been the most successful games on these platforms. All the same, there’s nothing I’ve played on N-gage that really stands up to what’s available on the DS or PSP.

Asphalt 3: Street Rules is a case in point. It’s a 3D racer incorporating aspects of Ridge Racer and Burnout, and it looks very pretty in the screenshots too. Actually play the thing, however, and your opinion soon changes. In landscape mode on the N81 it suffers from an arthritic frame rate, while the controls aren’t responsive enough to communicate any real feeling of seat-of-the-pants handling or aggressive speed. In terms of looks or playability, it’s a good league behind either Ridge Racers on the PSP or Super Mario Kart DS. 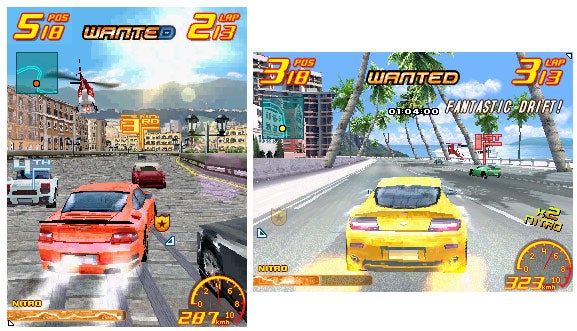 EA’s conversion of FIFA 08 fares slightly better, partly because EA has managed to design a control system where one button can do most of the hard graft, and partly because the visuals are vaguely reminiscent of FIFA on other handheld platforms. All the same, it still bears little relation to FIFA as you or I might know it. 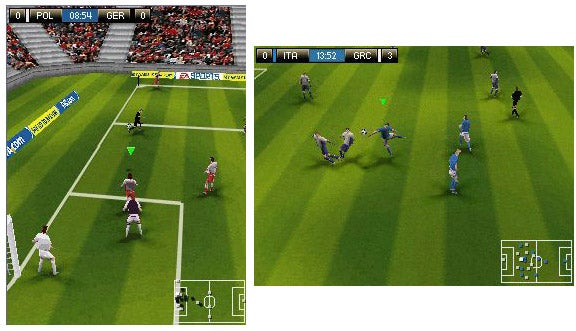 The best of the showcase titles is System Rush: Evolution (screens below) – a Rez meets WipEout futuristic racer based on a hacking theme. It moves well and plays better than Asphalt 3, and it’s one of the few current N-gage games that you can actually play online. That said, it still fails my biggest test for any handheld game: can I play it and forget that I’m playing a handheld game? The answer, I’m afraid, is no. I could wile away the odd ten minutes playing System Rush were I stuck on a boring tube journey, but would I be pining for my PSP or DS? You bet. From the showcase 3D titles it’s clear that – whatever Nokia might claim – even the more powerful N-gage phones are no match for Sony or Nintendo’s specialist hardware when it comes to delivering compelling 3D action games. 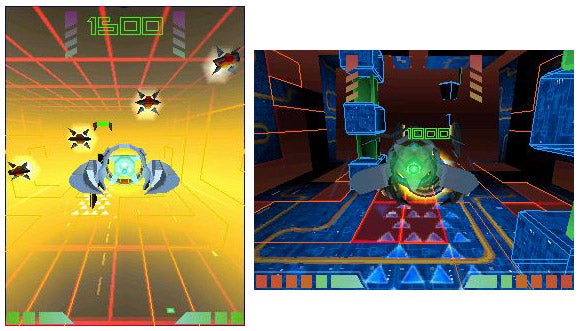 N-gage fares better when it’s not trying so hard to show off. Brain Challenge is a decent spin on the Brain Training genre, with features like a day-by-day progress report that not every Brain Training rip-off bothers to include. 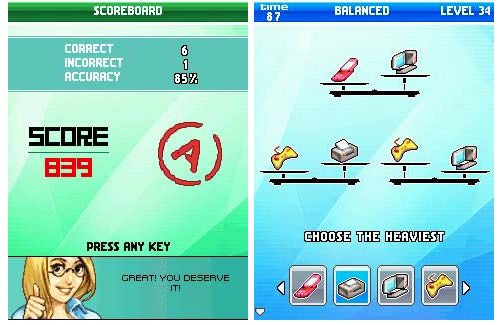 Hooked On: Creatures of the Deep, meanwhile, is one of those odd games that sounds hideously boring but turns out to be weirdly addictive. It’s no Sega Bass Fishing (and the pace could be described as soporific), but it has a little of the magic of Sega’s classic fishing sim. Thanks to some nice water shaders and pretty coastal scenery, it also has some of the best graphics I’ve seen in an N-gage game, making you wonder whether Nokia should leave the high-end 3D action titles alone and concentrate on more slow-moving but attractive sims, RPGS, adventure and strategy games. 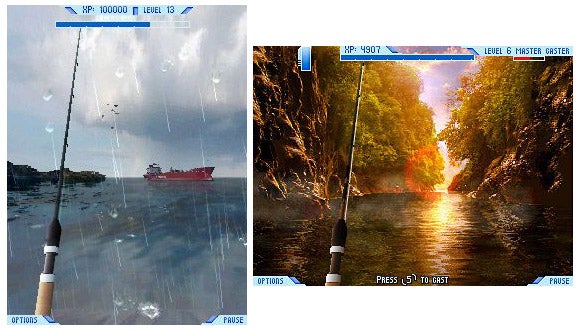 Nokia does have more titles on the way, including a cute virtual pet game, Creebies, Worms World Party and Pro Series Golf, all of which could make enjoyable outings on N-gage handsets. For now, however, this is a well-built and intelligently designed platform in search of games that will highlight the strengths of the hardware rather than expose its limitations. Should that happen, an N-gage compatible handset may become the choice of every gamer, but at the moment there’s no need to plump for N-gage unless you’ve already decided on an N-gage compatible phone.


The strategy is more sensible for N-gage 2.0, but the platform still lacks quality titles. Meanwhile, in terms of 3D performance and controls, the hardware still sits behind the established handheld platforms.