The Lumia 930 joins the Nokia Lumia 625 and Lumia 630 in running on Windows Phone 8.1, the latest update to Microsoft’s mobile operating system that it hopes will help them gain lost ground on iOS and Android. It brings some features already available on rival platforms and a few other promising software tweaks, though it feels as if Microsoft is still lagging behind in a few important areas.

It doesn’t take long to see how things have changed. Microsoft has added more tile sizes, including much smaller square icons, which lets you squeeze on more of your frequently used apps, and there’s a third column to fit them into. It’s not a dramatic design overhaul but it does mean you have quick access to more of your apps, and you can still swipe left to see the alphabetized list that you can search through.

Where it does take some inspiration from Google’s operating system is the inclusion of a drop-down notification bar or ‘Action Center’ that can be accessed by swiping down from the top of the screen. For anyone who has tried to move from Android to Windows Phone this was one of the most frustrating differences, so it’s great that Microsoft has responded. Additionally, there’s also a set of toggles to turn on and off internet connections, flight mode, rotation lock and the ability to jump into all settings — all small, but very welcome, additions. 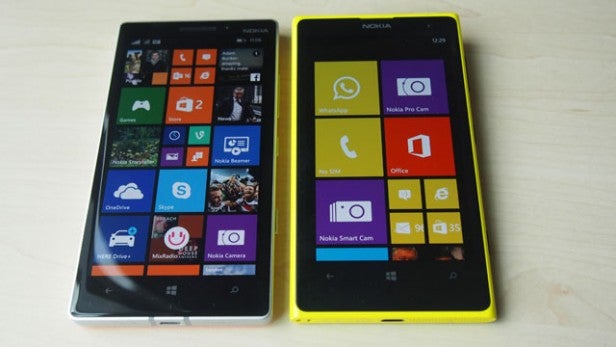 Among the other notable changes is the new keyboard, which now supports Word Flow. This is essentially gesture typing, so you can swipe letters to type out words and hopefully get your messages and searches out quicker. It’s something we’ve already seen on Android phones and it’s not for everybody, but it can definitely help speed-up typing for most people and is another barrier lifted for those thinking of switching from Android to Windows Phone.

Cortana, Microsoft’s answer to Siri and Google Voice Search, is also included, although it’s currently not showing up on UK models until later this year. It can be accessed if you change your location to the US, though as we found in our Siri vs Google Now vs Cortana trial, it’s not quite ready for us over in the UK.

All these changes are good ones, and Windows Phone remains a very pleasant operating system on a day-to-day basis, but the one challenge remains: apps.

Like all Windows Phone phones, there are a series of core apps that are ever-present, such as the Xbox-influenced Games, OneDrive, Skype and the Bing-powered News, Weather and Sports apps.There’s 32GB of storage to store them along with the rest of your content, but a lack of expandable storage or a larger 64GB option is an issue worth considering.

Nokia offers its own collection of software to broaden the Windows Phone experience with some new additions landing for the Lumia 930.

There’s the Nokia Storyteller app, which works in the similar way to HTC’s Zoe feature by collating photos and presenting them in a timeline. You can also see the most common places pictures have been taken, view favourite locations, add captions and manually include locations. It’s nothing particularly revolutionary, but it’s a nice way to organize photos and videos on your phone. 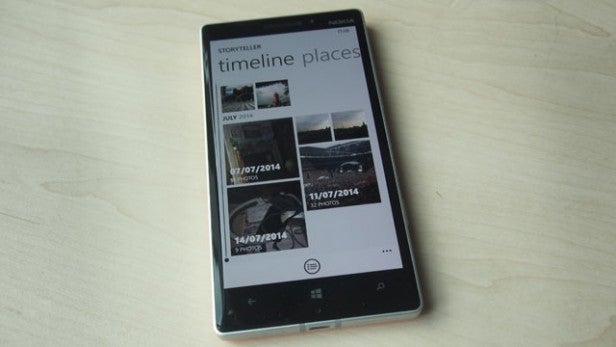 Nokia Beamer, which builds on the previous Photo Beamer app, is a way of sharing whatever is on your screen or mirroring to another web browser like a laptop or a tablet. This is done either by sending a link by email, SMS and social networks or by going to the Nokia Beamer website and scanning a QR code with your Lumia 930 to mirror the screen. It only works with static content, so videos obviously will not run and you can simply double tap on the phone screen to send something new. It’s a fun app and very easy to use, though we’d love to see video mirroring explored in the future.

Elsewhere, there’s Nokia HERE Drive, HERE Maps and the free Nokia MixRadio music app where you can listen to automatically created radio playlists, take them offline and get suggested radio stations. Nokia HERE Drive is the most notable among these as it allows you download maps for use offline — useful when abroad or in low signal areas. 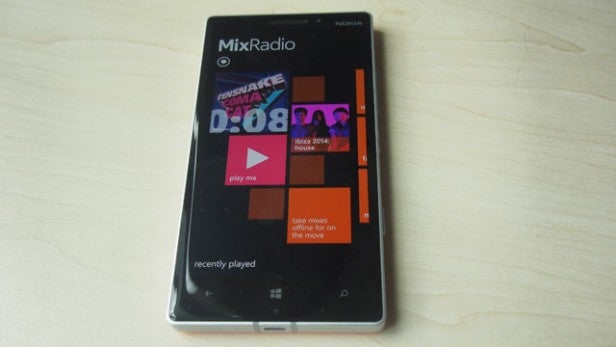 But the problem that has really plagued Windows Phone as an operating system has been what lurks in the Windows Store, or rather what doesn’t. There’s no concrete figure on how many apps exist in the Windows Store, but clearly it’s not as fully stocked as the Apple App Store and the Google Play Store.

Things are improving — a check of the top apps on the Google Play Store and Apple App Store show most of the top line apps are now accounted for — but when you delve into categories like gaming you’ll find popular and games like Candy Crush Saga, Simpsons Tapped Out and Monument Valley are nowhere to be seen. This might not bother you, but their absence is symptomatic of wider problems.

One of those is simply how hard it is to find the best apps in the Windows Store. The new pre-installed App Social app preinstalled tries to make app discovery easier experience, and in a way it’s a more refined experience than the Windows Store, but it can’t solve the problem when an app you want isn’t actually there. 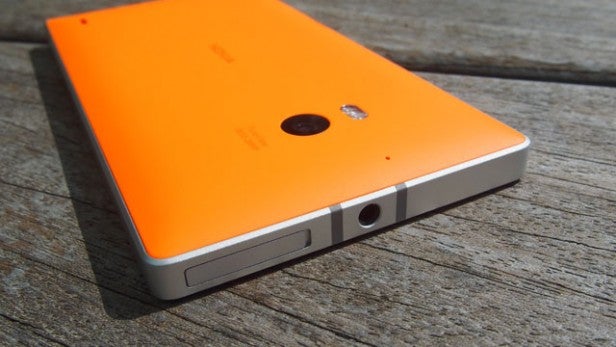 One thing you don’t really have to worry about is the Lumia 930 feeling at all sluggish. Whether that’s swiping around the UI or launching applications, the 2.2GHz quad-core Snapdragon 800 processor with 2GB of RAM and Adreno 330 GPU powering the 930 means it’s well equipped. It’s not bang up-to-date with the latest Snapdragon 801 CPUs currently found inside the Xperia Z2 and the HTC One M8, but you’ll struggle to notice the difference in use.

The Windows Store is not exactly brimming with demanding games and our test game Real Racing 3 is currently not available, but we did manage to try out Asphalt 8: Airborne, Score! World Goals and Halo: Spartan Assault without any hitches with games launching nice and briskly. One issue we did notice is that running those more demanding games causes the lower half of the back to get a little warm and takes some time to cool down after a gaming session, but it’s nothing to get alarmed about.

We don’t have access to the same benchmark tests we use on Android smartphones to make comparisons, so we ran the WP Bench benchmark and the Lumia 930 scores a 505.48 compared to the Lumia 1020’s 225.12, showing that the 930 is a serious step-up from the arguably the best-known (if not best-selling) Windows Phone handset to date.