As is so often the case with Nokia, the key feature of the Lumia 830 is the camera. It’s a 10-megapixel, 1/3.4-inch sensor with an f/2.2 lens with a wide 26mm focal length. It’s a backside illuminated sensor, too, and it shoots natively in 16:9 to match the aspect of the screen. But the real attraction is the fact it has optical image stabilisation.

Why is this important? Most phones employ some kind of stabilisation to help counteract ‘camera shake – i.e. the movement generated by your hands. But most use a digital system, which basically means it’s a software algorithm. Optical image stabilisation is mechanical and built into the lens, which makes it far more effective. This especially true for low light photography as optical image stabilisation allows for a longer shutter speed, which lets more precious light in.

Since we’re talking about low light performance, let’s start there. And, as expected, the Lumia 830 performs well here, though not without some minor issues. 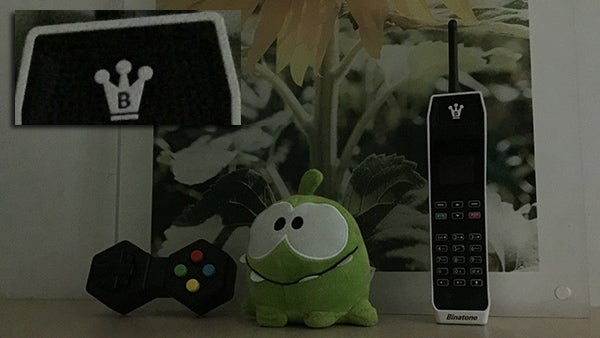 Compared against the iPhone 6 Plus, which shows what exalted company the Lumia 830 is in, it produces brighter, more useable photos without the flash engaged. It uses some aggressive processing to achieve this result, though – note how the detail is smoothed over on the phone.

Another problem we had in this test was consistency. This shot looks pretty good, but it took us several attempts to get a useable photo as many were too blurry. The iPhone 6 Plus got decent results every time. Ultimately, though, the Lumia 830’s shots are brighter, considerably brighter than the actual conditions, showing its prowess in this situation. 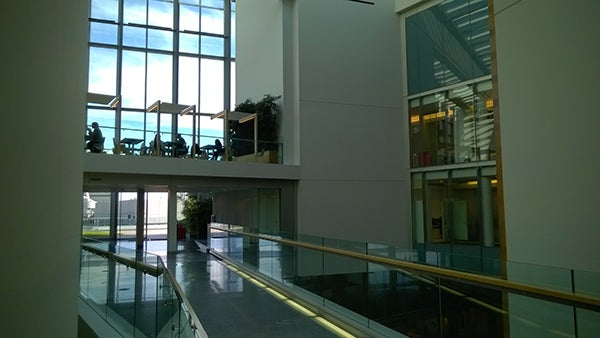 The next test shows up some weaknesses and strengths. The lighting and tone is faithful to the real scene and also demonstrates the Lumia 830’s decent native dynamic range (there’s no HDR mode), but the lack of an HDR option means you still get some overexposure in the clouds in the top right. 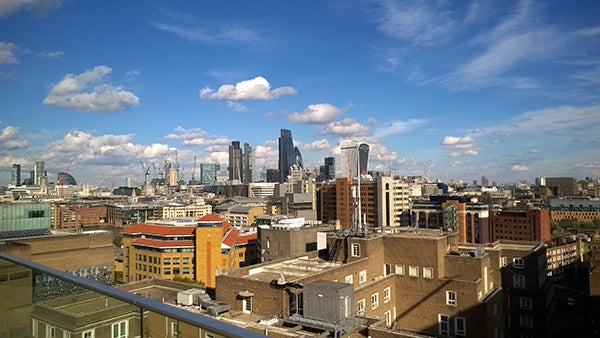 This shot, unsurprisingly, looks great. The conditions are perfect and the Lumia 830 produces a sharp, clear shot with natural colours. Zoom into shots like this and you’ll notice some evidence of sharpening, but it isn’t too aggressive. 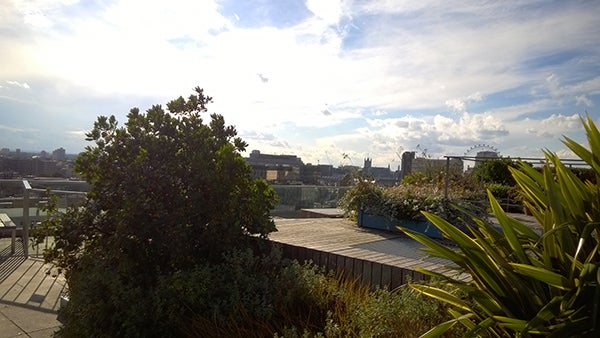 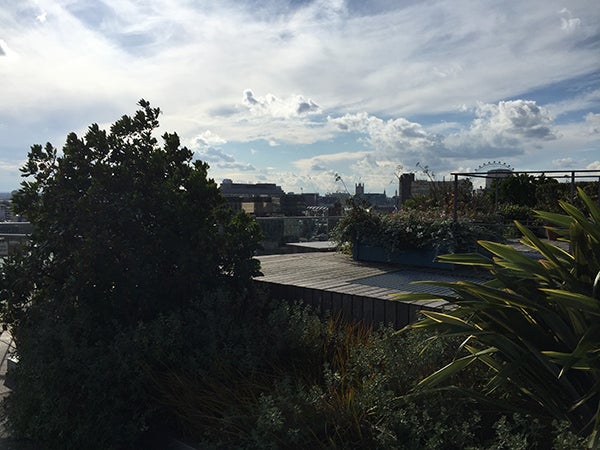 Next, another shot that another shot that exposes the lack of an HDR mode. The foreground looks great, but the bright sky in the background is entirely lost. The iPhone 5S has a decent stab at this one, albeit with a slightly flat shot with some lens flare, but the iPhone 6 Plus shows the difference. We’re certain the Lumia 830 could produce as good a shot (if not better) if it had an HDR mode, but at present it doesn’t. 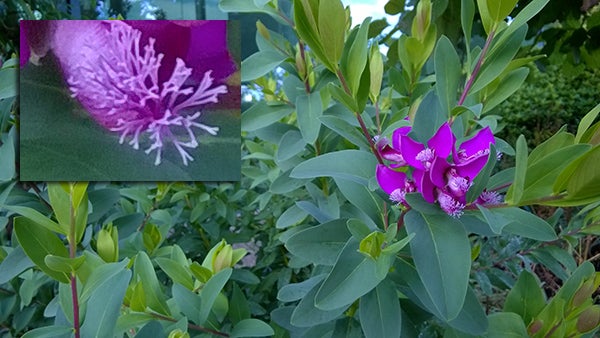 This final shot is a reminder of the Lumia 830’s quality, though. It captures plenty of detail here and it doesn’t overcook the bright magenta of the flower. It’s a great phone for portraits, even if the lack of HDR means it’s less adept at bright landscape shots.

It’s also a fast and easy camera to use. The dedicated camera button is two-stage, so one level activates the focus and the next activates the shutter. Hold it down and you can access the camera straight from the lock screen. The Nokia Camera app gives you plenty of manual control if you want it, though it’s equally adept if left in auto mode.

Like the HDR no show, however, the rather fiddly panorama mode highlights the lack of some features we take for granted on other phone. Unlike and Android phones and iPhones, you don’t ‘sweep’ the phone but rather move and then hold position as it captures each stage. It more or less works, but it’s less reliable and rather slow.

Overall, the Lumia 830 punches way above its weight here. It’s not perfect, but in the right hands it’s capable of some great shots. If Microsoft ever gets round to adding a proper HDR mode, it’ll probably get even better.