The Lumia 830 is the kind of phone you should consider if you want a ‘flagship’ style phone but can’t afford an iPhone 6, Galaxy S5 or a Lumia 930. There are compromises to fit its £320 SIM-free price (from £22 a month on contract), but it looks and feels the part.

Key to its appeal is the camera, a 10-megapixel effort with built-in optical image stabilisation (OIS). OIS helps counteract camera shake and should help produce brighter, sharper photos in gloomy light. Many far more expensive phones don’t have OIS, and the hugely expensive iPhone 6 Plus is the only one of the two new iPhones to feature it. Is this enough to elevate it above similar price phones like the LG G3 and Nexus 5? Read on to find out.

There are two things that earn the Lumia 830 its ‘affordable flagship’ tag, the camera and the design. Like the Lumia 930, which sits above the 830 in the Windows Phone lineup, the Lumia 830 has a 5-inch screen and it shares the same basic design. Well, it’s the same, only better. It shares the metal trim, colourful plastic rear and black glass front, but it’s thinner, lighter and easier to hold.

The differences sound small, the Lumia 830 is 150g and 8.5mm thick against the 167g and 9.8mm of the 930, but the difference is palpable. The Lumia 930 felt chunky, unwieldy and cumbersome, the Lumia 830 doesn’t. In a blind test you would assume the Lumia 830 was the more expensive of the two. 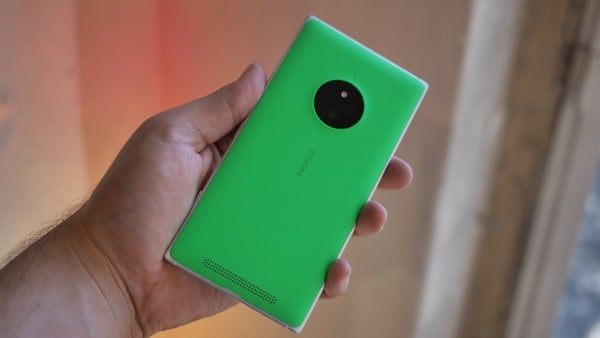 That’s a good start and the plus points keep coming. That rear cover is removable, so you can access and replace the battery and add a microSD card. The Lumia 930 had neither option. Moreover, the Lumia 830 doesn’t lose many features in return — it still has a dedicated camera shutter button, it still supports wireless charging and it includes NFC as well. It’s a well-featured phone.

So what gives to keep the Lumia cheaper? The main difference is a much slower processor; in fact the Lumia 830 carries the same Snapdragon 400 chip as the sub-£200 Lumia 735. It also has a smaller battery and, unsurprisingly, a lower resolution 720p screen. You don’t get 802.11ac Wi-Fi either, though we doubt many people will miss that.

All told, it sounds like an impressive package and it’s a good-looking one, too. It shares the same orange, green, white and black options as its brethren, and the build quality can’t be faulted. Putting the plastic cover back on is a bit fiddly, as is removing a microSD card (we needed a paperclip to prise it out), but these aren’t things you’ll do often. 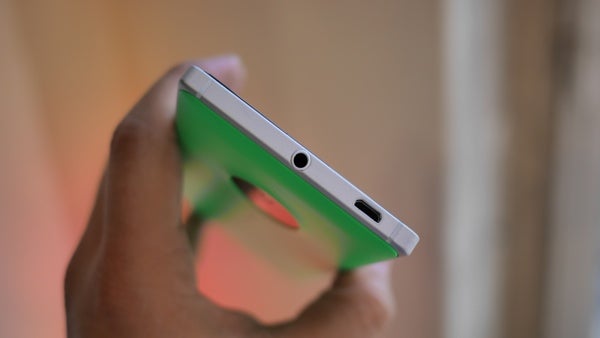 Our most serious complaint is that the Lumia 830 is useless as an in-car sat nav. Why? One, because the three buttons on the right edge leave no space to clamp the phone with a holder; two, because the mini USB charging port is at the top and the phone won’t auto rotate to show the display upside down. Switching to landscape view would fix the first problem, but the second is hard to solve. It’s a shame given Nokia’s Here Drive app is so good, but this only matters if you use your phone for navigation often.

One final trivial concern is we found it too easy to jog the volume controls by accident, particularly when putting the phone back in a pocket. The 930 appears to have tougher, harder to press buttons in comparison. 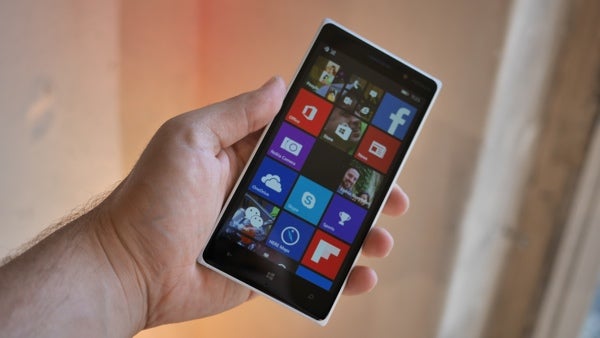 It’s not OLED like the Lumia 930 or the Lumia 735, so it lacks their ultra deep blacks, but it’s decently sharp and colours are accurate. You’ll notice a little edginess to text if you look very close, but from a normal viewing distance it’s not a problem. It’s certainly sharper than the screen in the Lumia 735, where the PenTile OLED screen gives it a grainy quality.

We didn’t have any serious problems using the Lumia 830 outdoors, either. It’s an impressively bright screen and it’s very good at picking the right brightness level for the conditions.

Overall, it’s a very good screen. You will find better on some similar price or cheaper phones, the Nexus 5, LG G2 and LG G3 spring to mind, but it’s certainly not a reason to rule out the Lumia 830.