Screen technology is one area of mobile phones that has developed rapidly over the last twelve months. “Retina” style screens so pixel-packed that images are as sharp as a switchblade are now common. However, the Nokia Lumia 820 screen benefits from none of these advancements. Its screen is downright disappointing, a serious let-down.

The Nokia Lumia 820 has a 800 x 480 pixel AMOLED display, 4.3 inches across. Although it doesn’t use the PenTile subpixel matrix found in many OLED devices, which causes fuzziness in text, clarity and sharpness throughout is poorer than Android rivals at the price. A year ago when the similar Nokia Lumia 900 arrived, this level of clarity was borderline acceptable – now not so much. Even Windows Phone 8’s careful rendering of text can’t hide the effects of the lowly resolution. 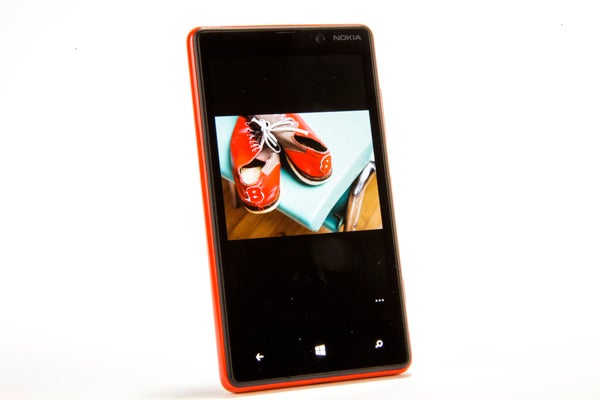 Its screen also suffers from the issue we find in many OLED-screened devices. The Nokia Lumia 820’s colours are oversaturated, to the point that bright colours appear to blur into each other a little. Using a background of red Live Tiles, the screen was a little too much to take – we went as far as reverting to brown Tiles to tone the phone down.

Nokia appears to be moving away from using OLED screens too, perhaps in part because of this oversaturation issue, having adopted an IPS display in the flagship Nokia Lumia 920.

The screen also demonstrates one of the Nokia Lumia 820’s few serious build quality issues. This phone does not use Gorilla Glass, and it shows. There’s a slight flex to the screen, and if you put moderate pressure on the centre of the display, the top layer squishes down onto the one below it, causing a form of screen distortion and an unnerving click.

The Nokia Lumia 820 screen does have its benefits, though. Contrast is flawless, with the perfect black levels you’d expect from an OLED display, and the polariser layer that’s part of the Nokia ClearBlack screen initiative keeps screen reflections at a minimum. Top brightness is excellent too, so you should have no trouble using the phone outdoors.

The Nokia Lumia 820 runs Windows Phone 8, Microsoft’s mobile OS. After a slow start, Windows Phone has become a full and feature-rich operating system. However, if you’re familiar with its predecessor, Windows Phone 7, you will find this latest version similar.

The main homescreen of the Nokia Lumia 820 is a vertically-scrolling array of what Microsoft calls Live Tiles. These are sharp-looking squares (or rectangles) that act as links to apps, while also showing the odd bit of info themselves – such as how many new emails you have. Windows Phone 8 adds the ability to create extra-small tiles, letting you fit up to 24 tiles on a single screen – previous versions did not let you be so space-efficient.

The key selling point of Windows Phone 8 is that it looks and feels incredibly slick. Made as a closed system that, like iOS, focuses on quality of experience rather than flexibility, Windows Phone 8 performance is superb, with barely any lag throughout. Lower-cost Windows devices tend to suffer from a bit of load time as apps fire-up, but this too is minimised in the Nokia Lumia 820. It has a powerful dual-core 1.5GHz Krait CPU with 1GB of RAM, matching the spec of the top-end Lumia 920.

In its development from Windows Phone 7 to Windows Phone 8, the system has lost none of its smooth moves, and slowly gained a bunch of useful features. These days, it’s fairly competitive with rivals Android and iOS.

Where it trumps both is in its deep social network integration. Hook up your Facebook, Twitter and LinkedIn accounts within the Nokia Lumia 820’s Settings menu and all your social network updates will be weaved into the central People hub. This is like a traditional phone contacts book on steroids, letting you see what all your friends are up to, across all the most popular social networks.

The only issue is that flicking through a list of Facebook, Twitter and LinkedIn updates can see everything but tweets get a little lost – although it depends on your own social network behaviour, and you can view each network separately if you like anyway. 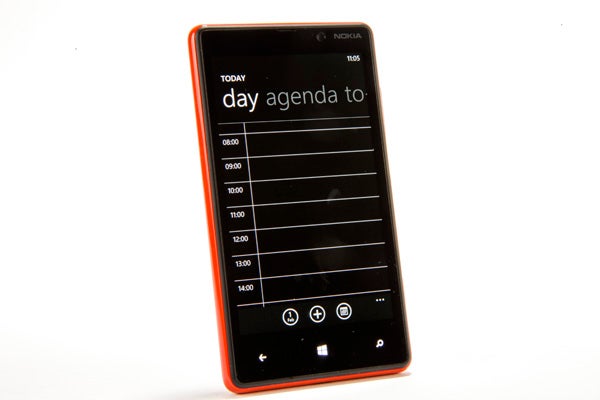 All the most popular email clients are supported without need for additional apps too, including Google Mail, Yahoo and – obviously – Microsoft-owned Outlook/Hotmail.

This info – emails, tweets, status updates – is relayed in roughly the same manner throughout the phone. The Windows Phone 8 visual style is pervasive, finding its way into many third-party apps as well as almost all pre-installed ones. Check out the screenshots to make sure you won’t hate it.

Not all the Nokia Lumia 820’s software best bits come from Microsoft, though. Perhaps the single best suite of apps comes from Nokia, in the form of Nokia Maps and Nokia Drive.

You could argue that Apple’s iOS 6 Maps were based on Nokia Maps, sharing a similar, smooth visual style. However, Nokia’s solution features none of the wonky information, mis-named roads and missing counties that made Apple Maps such a flop. Nokia Maps is pretty great.

And, best of all, Nokia Maps lets you download the maps of whole countries for use offline, making it just about the best free holiday navigation tool you can get.

Nokia Drive is Maps’s in-car brother, desperate to make you ditch your TomTom. Although it doesn’t offer anything quite as advanced as HD Traffic, which uses the signals of mobile customers and TomTom users to track traffic in real-time, it’s just about good enough to stop those who don’t have a dedicated SatNav from buying one.

Microsoft’s key additional app is Microsoft Office, the mobile version of the desktop software that every office drone loves to hate. Windows Phone 8’s mobile take on Office is streamlined, rather than feature-packed. It lets you create Excel and Word files, or edit existing documents, including Powerpoint presentations. 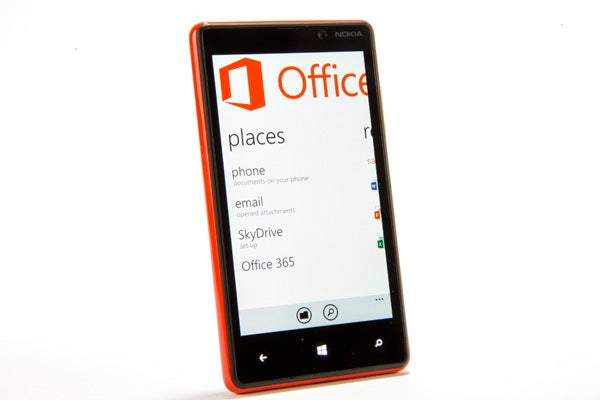 It’s emblematic of what Microsoft has gotten right with these newer mobile versions of Windows. Windows Mobile has actually been around since 2000, but before Windows Phone 7 it was an OS that tried to cram-in as much functionality as possible, sacrificing usability and accessibility in the process. The simple, easy-to-use Microsoft Office of the Nokia Lumia 820 is anything but that.

Other apps will have to be downloaded from the Windows Store. Windows Phone 8 has more-or-less inherited the apps and games library of Windows Phone 7. It’s better than starting with nothing, but there are still plenty of holes that app fans will quickly notice. The library is poor compared to what’s on offer from iOS and Android.

Windows Phone 8 is caught in something of a vicious circle here. The platform needs a larger audience to make developers consider creating Windows Phone ports a higher priority, but app support is one of the most serious turn-offs about “going Windows”. In short, patience will be required.

Windows games are siphoned-off into their own semi-separate store, then then filtered into Xbox-certified titles and the no-man’s land of the non-certified gaming wastes. That said, there are a few gems in the non-Xbox section. 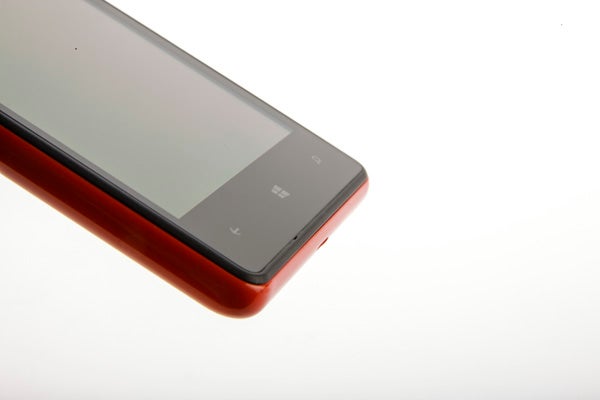 Stick to the Xbox section and you’re guaranteed decent production values and not-entirely-shoddy gameplay. There are around 130 of these at present, and they take the pain out of app store searching for the less hardcore gamer.