Microsoft and Nokia share multimedia duties in the Nokia Lumia 820. The phone offers the standard Windows Phone 8 music services, comprised of a slick media player for your own tunes, a store front where you can buy digital music for around £8 an album, and the Xbox Music streaming service. This is a bit like Spotify, letting you stream a catalogue of millions of tracks for £9 a month, or £90 for a year.

Nokia Music, a separate app, adds in Nokia’s own music store, which again sells albums for around the £8 mark, and a wide array of Nokia Mixes. These are free-to-stream playlists – you pick the genre, decade or style and Nokia Music chooses the tracks. Streaming quality is fairly low and it’s no replacement for a full music streaming service, but it’s a welcome addition when not every music app is available for Windows Phone 8 yet. 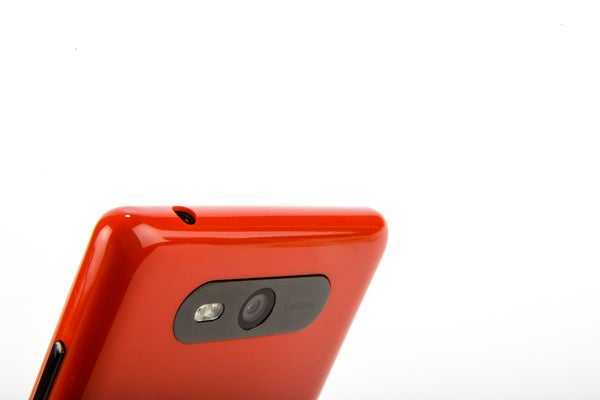 We imagine most music fans will want to load their own tunes onto the Nokia Lumia 820, though. Windows Phone 8 makes this easy, letting you plug in the phone to a computer and transfer files without needing specific software. Alternatively, you can plug in a microSD card full of tunes or videos – the Lumia 820 supports cards up to 64GB.

Format support for both music and video is a bit limited, though. Lossless FLAC files aren’t supported, and neither is popular video format MKV. There are a few third-party media players out there that can fill these gaps, but there are far fewer than on Android or iOS – and it’s a shame to ditch the smooth native media player.

The Nokia Lumia 820 has two cameras, an 8-megapixel rear sensor and a surprisingly basic VGA user-facing camera. Most Android phones at the price offer at least 1-megapixel sensors – although for just a low-spec camera, this video chat-geared sensor is surprisingly good. 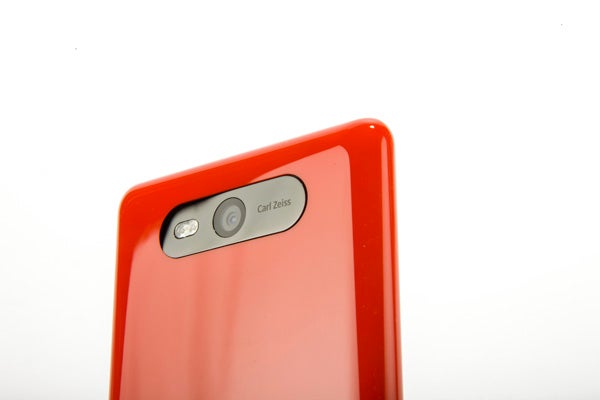 The handset’s main 8-megapixel sensor is a disappointment after the unusual, and unusually good Lumia 920, though. The Nokia Lumia 820 is capable of capturing sharp, fairly colourful images, but we found that both its white balance and focusing were a little unreliable at times.

The latter may be in part down to the lack of optical image stabilisation, which does feature in the Lumia 920, matched with the Nokia Lumia 820 trying to shoot a little faster than it necessarily should do. The missing stabilisation is even more noticeable when shooting video, although the Nokia Lumia 820’s camcorder mode does extend all the way up to 1080p. The dual-LED flash is more powerful than most too. 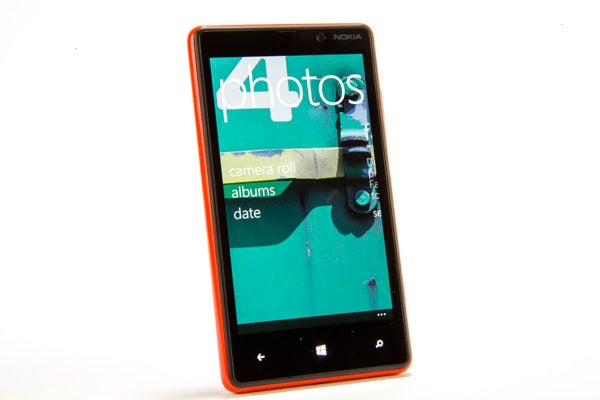 Its camera app at first appears simplistic, with basic image controls and no fun effects like Panorama or HDR in its settings menu. The truth is the opposite, though.

The Nokia Lumia 820 uses modular plug-ins called Lenses. These provide extra modes such as Panorama, and far more bizarre oddities besides. For example, the pre-installed Bing Vision is a QR code and barcode scanner. It’s not just about photographic delights. Additional Lenses are available to download within the app.

Although recent years have seen Nokia’s phone cred plummet from former great heights, it has continued to provide solidly-built phones with decent call quality. The Nokia Lumia 820 offers a good, loud earpiece speaker with full-bodied sound. There are dual microphones too, to let the phone remove ambient noise from the signal.

Battery life is not quite as robust, though. The Nokia Lumia 820 uses a 1650mAh battery, which is respectable but not stellar when many larger Android phones circle around the 2000mAh mark. It’ll last for a day and change between charges, but anyone who lives their life through their smartphone will still need to charge once a day. 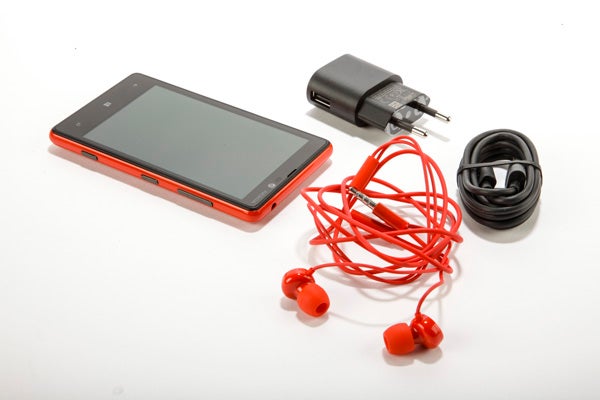 The problem is that so do the lower-cost Windows Phone 8 devices, such as the Nokia Lumia 620 and HTC 8S. Top-end phones of 2013 tend to differentiate themselves with stellar cameras and screens – the Lumia 820 has a decent camera, but a fairly poor screen by today’s standards. We’d advise to wait for the inevitable price drop before opting for this phone.

The Nokia Lumia 820 is a solid phone, but doesn’t have any of the stand-out features of the fantastic value Nokia Lumia 620, or the Nokia Lumia 920, with its excellent camera. Its screen is also a disappointment, suffering from the oversaturated colours OLED screens are prone to, while falling way behind the back in resolution terms. Performance is excellent, but it’s not the complete package we now expect at this upper-mid-range price.