Nokia’s Windows Phone 8 line-up for 2013 has three star attractions. The Nokia Lumia 820 is the middleweight model. It has a 4.3-inch screen, dual-core 1.5GHz processor and 8-megapixel camera. These respectable specs sit fairly happily alongside the £349.99 pre-pay price, but a disappointing screen means it’s a far less competitive package than either the great value Nokia Lumia 620 or the camera-centric Nokia Lumia 920.

Nokia offers some of the most colourful phones out there, and the Nokia Lumia 820 is no different. Seven bold shades of rear covers are available for the handset, offering a much brighter look than something like the Samsung Galaxy S3.

Unlike the top-end Nokia Lumia 920, though, this is not a true unibody phone. The rear cover curves around smoothly to the screen surround, eliminating any seams that might otherwise rest under your fingers, but the rear plate is removable. 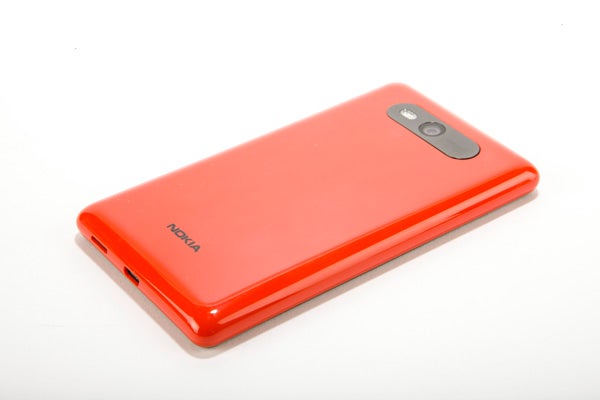 Nokia has done its best to make the Nokia Lumia 820 feel as much like a unibody phone as possible, though. The battery cover is almost flex-free when in position and is very tricky to remove. Tricky, that is, until you learn the nack of wedging a fingernail under each front corner. Try another way and it’s impressively stubborn – so stubborn that Nokia has made a video explaining how to do it.

The main benefit of a removable battery cover is that it lets Nokia incorporate a memory card slot without ruining the phone’s curves. This is an important feature in the Nokia Lumia 820, as it only has 8GB of internal memory.  You’ll find both the microSD memory card slot and the microSIM slot underneath the battery which you can easily swap out for a spare if you fancy.

Functional as it is, the Nokia Lumia 820 is the least aesthetically successful of the new Lumia range. The glossy finish of our review sample, the phone’s boxy appearance and the way that the battery cover blooms out from the phone’s sides – none are style blunders, but they add up to a phone that’s neither as striking as the Nokia Lumia 920, or as cute as the Lumia 620. 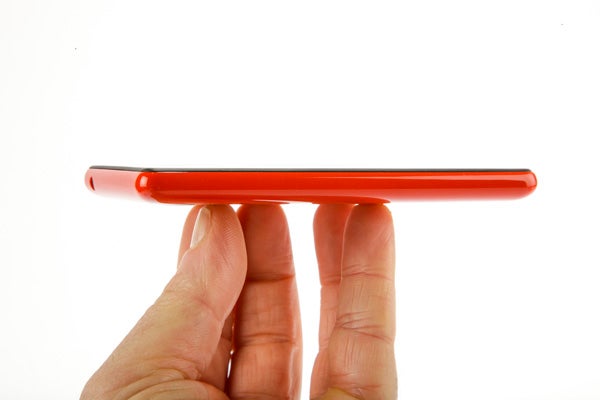 Like its siblings, it’s a fairly chunky phone. At 10mm thick and 160g in weight, it won’t challenge any slimness-obsessed phones like the Motorola Razr i. However, unlike the Lumia 920, its weight isn’t the first thing you notice.

The Nokia Lumia 820 also matches its Lumia brothers in terms of sockets and hardware buttons. The microUSB charge/data transfer port sits on the bottom, and the 3.5mm headphone jack up top. Nothing amiss there. 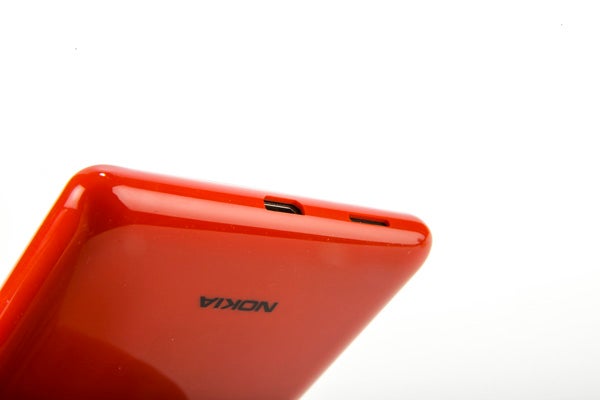 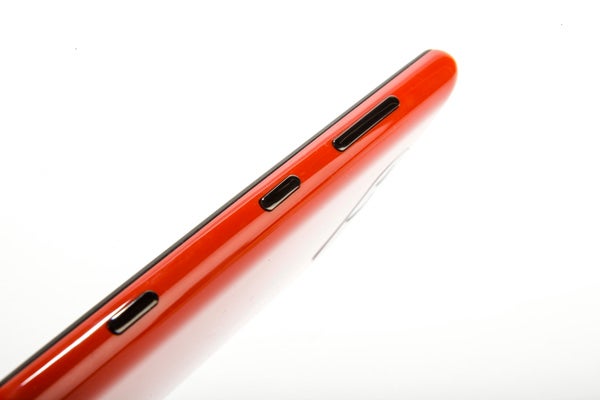 The three soft nav keys below the screen are also a Windows requirement. They light up when required and are decked out with 100 per cent inoffensive standard Windows icons. Some parts of a phone are better left without a stamp of personality.

NFC stands for Near-Field Communication, a nascent wireless payments standard and a way to transfer any kind of data-light information between phones and other devices. 4G is, of course, the successor to 3G. It’s much faster, offering real-world usage speeds of around 40Mbps. Only EE offers 4G in the UK at present, though, and it doesn’t come cheap. The cheapest contract that gets you the phone for free costs £36 a month. 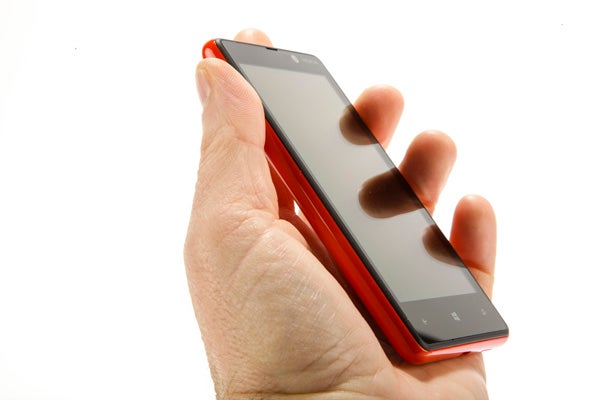 Windows Phone 8 also lets the Nokia Lumia 820 share its mobile internet connection with other devices over Wi-Fi, although you’d better check your carrier allows this before doing so.