Nokia is rightly proud of its pedigree for making good cameras for phones, and it’s also unafraid to break with convention. The Lumia 735’s cameras demonstrate both traits. The main, rearward camera has a relatively lowly 6.7-megapixel resolution, while the front-facing is a more impressive sounding 5-megapixels with a wide-angle lens. That said, the main camera also has an impressive f/1.9 maximum aperture, which should give it an edge in tricky light.

It’s the front-facing camera that is the Lumia 735’s key selling point, at least in Microsoft’s eyes, as the Lumia 735 is marketed as the ultimate selfie camera. This is thanks to a new app, Lumia Selfie, and the fact the wide-angle lens is perfect for ‘group selfies’ — also referred to as groufie, though Huawei is trying to trademark this term. Good luck with that Huawei. 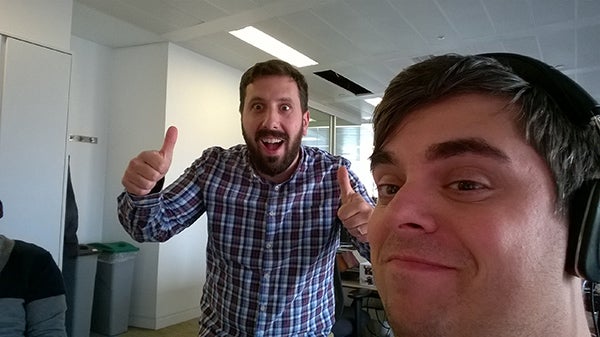 You definitely can fit more people into your selfies, not that this is always a good thing…

Anyway, if you do take lots of selfies (groufies or otherwise) then the Lumia 735 is a good phone to have. Its wide-angle lens really does help fit people in, as this rather unfortunate office effort attests. Shots in normal light are perhaps a tad noisy, but you’ll only notice this at full resolution — at Facebook friendly resolutions shots look great. It copes well with gloomy lighting, too, which is perfect for nights out.

The Nokia Selfie gives you lots of ways to tweak and improve your selfies, including a decent selection of filters and some dubious additions such as the ability to make you smile more or appear slimmer. Still, it’s easy to use and quickly compare your embellishments before sharing them.

The main camera is good, too. Its limited 6.7-megapixel resolution means it doesn’t capture much detail, but it’s a good camera if you care more about sharing decent photos with friends than showing off your photography skills. 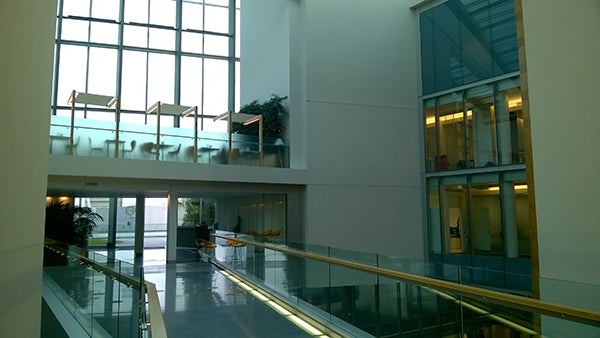 This shot shows the relative strengths and weaknesses of the Lumia 735’s camera rather well. It’s a nicely balanced, accurate shot but the lack of a dedicated HDR mode — a continuing absence on Nokia’s Windows Phones — means the sky outside the window is totally overexposed. 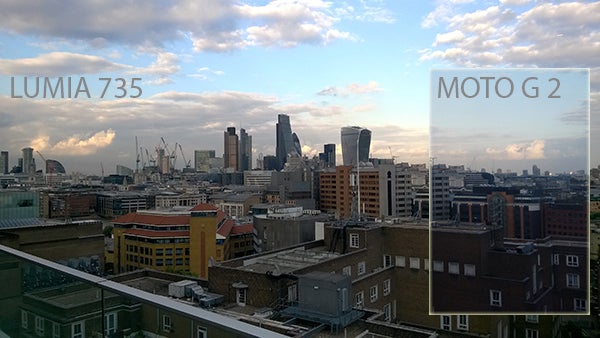 This is another good shot from the Lumia 735. You won’t see much detail if you zoom in, but the full frame has a nice balance to it. The same scene on the Moto G 2, in contrast, looks a tad gloomy, though it was shot without the benefit of HDR, which it supports. 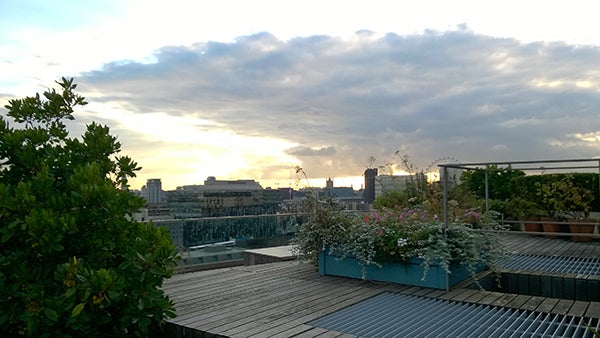 And that HDR support shines through in this shot. The Nokia Lumia 735
really struggles here — you basically have to choose between an over
exposed sky or an under exposed foreground. 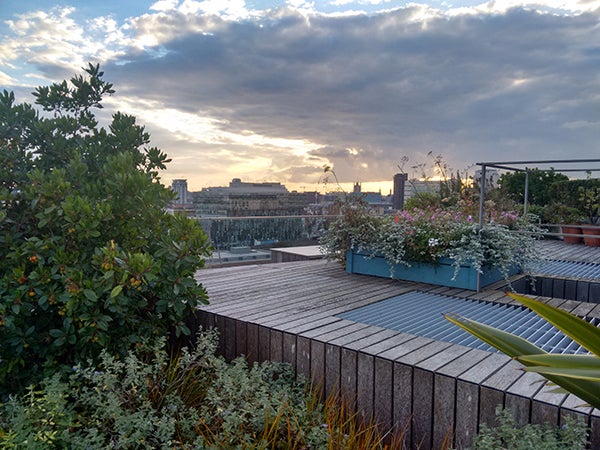 The Moto G 2 in the shot above, on the other
hand, has an effective HDR mode that creates a nice, balanced and
interesting shot. 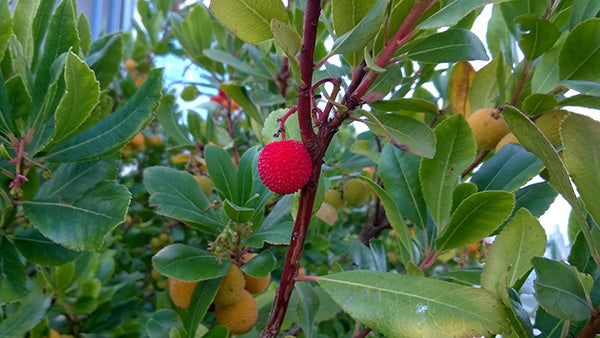 But the Lumia 735 really excels in close-up portraits, as this shot shows. The subject is nicely in focussed, colours are accurate and there’s even a nice sense of bokeh (background blur). We couldn’t get a decent shot from the Moto G 2 in this test — it really struggled to focus accurately. 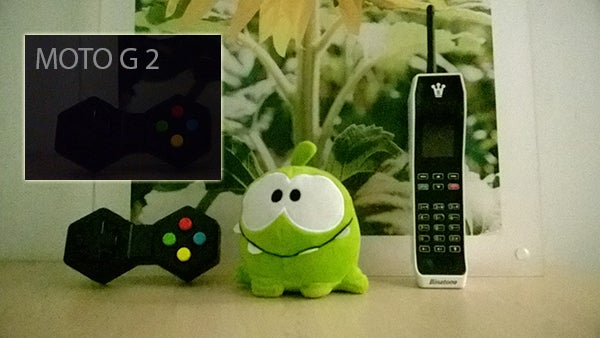 The Lumia 735 also excels in low-light situations without the flash. While its aggressive processing destroys detail, it does produce a useable photo provided you don’t look too closely. Vitally, it’ll produce the kind of photo you’d happily share on Facebook, whereas the Moto G 2 won’t.