As 4G phones get cheaper, though, you can no longer assume that a 4G mobile will be as capable in other areas. The Nokia Lumia 635 screen is a case in point – it’s fairly basic.

You get a 4.5-inch 854 x 480 IPS LCD screen, one that has an extra 54 pixels in height to give that bit of extra room for the software nav keys. Despite those extra pixels, this is a pretty low-res screen.

The limits of the 218ppi pixel density will be immediately obvious if you’ve used a sharper phone before. 18 months ago this sort of resolution used to be the norm in sub-£150 phones, but no longer. Phones like the Motorola Moto E, Moto G and EE Kestrel have taught us to expect a bit more. 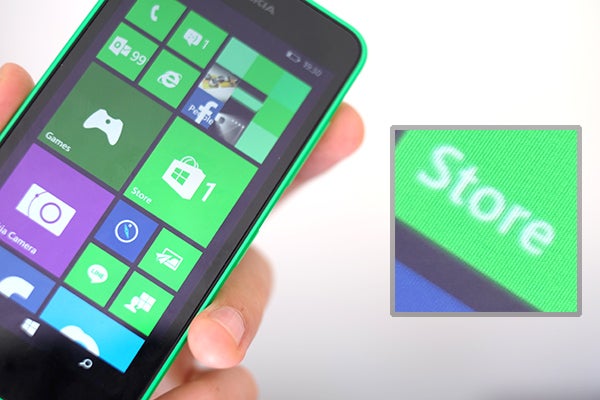 There are also some other issues. The blacks have a blue tint to them, reducing how punchy and vivid the screen looks, and there’s pretty significant loss of brightness when you view the screen from a horizontal angle. As this is an IPS display, though, viewing angles are otherwise good.

On the more practical side, the Lumia 635 doesn’t have an automatic brightness setting, something that requires an extra bit of hardware on the front of the phone: an ambient light sensor. This means you have to manually bump-up the brightness setting when you go outdoors.

There are only three backlight settings – low, medium and high – so flicking between them isn’t too arduous. But it does get annoying. 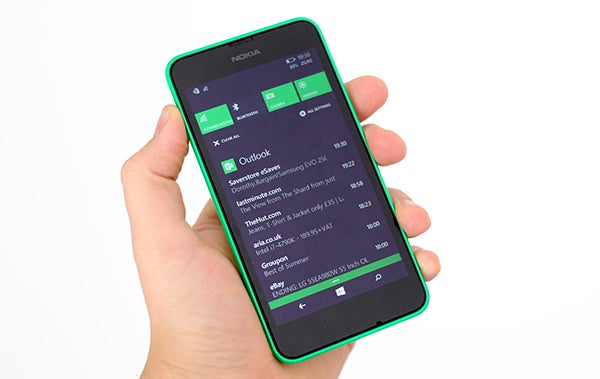 Given this limited control, it’s a surprise that the Lumia 635 gives you such good control over the character of the display. In the Settings menu you can alter the colour temperature, colour saturation and green/purple tint. With a bit of a fiddle you should be able to get fairly decent colour reproduction.

If you find the three Lumia 635 brightness settings don’t suit your needs, you can also alter exactly how bright each of these is. It’s patching up a hardware deficit with software, but it is better than nothing.

There’s nothing that can really fix the resolution issue, though. While the pixel structure isn’t as apparent as it is in some lower-quality LCD screens, we find it limits the enjoyment of playing games and browsing. The sharpness you get in some Androids at the price just isn’t here.

The Nokia Lumia 635 runs Windows Phone 8.1, an updated version of Windows Phone 8 that adds a few important features and takes away a few restrictions.

It is what makes the Lumber 635 hardware possible, allowing things like software nav keys and letting manufacturers leave out a camera button. It also adds a few features that make Windows Phone feel a bit more like Android. 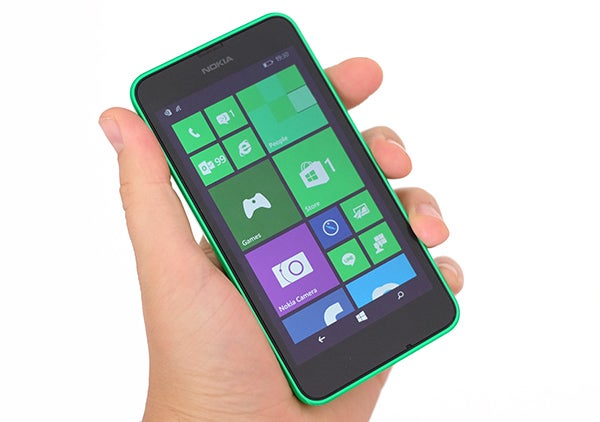 Action Center is Windows’s equivalent of the drop-down notifications menu. It shows you your latest updates, and gives you four little buttons to toggle features and head to the camera. As standard, you get Bluetooth and Wi-Fi switches and a screen brightness toggle, plus that camera shortcut.

We used to praise Nokia’s budget Windows Phone as some of the best ways to get super-cheap phones that are still slick, but now that has changed a bit. Phones like the Motorola Moto E and Moto G offer good performance on a budget, and there are some ways they can feel faster than the Lumia 635. 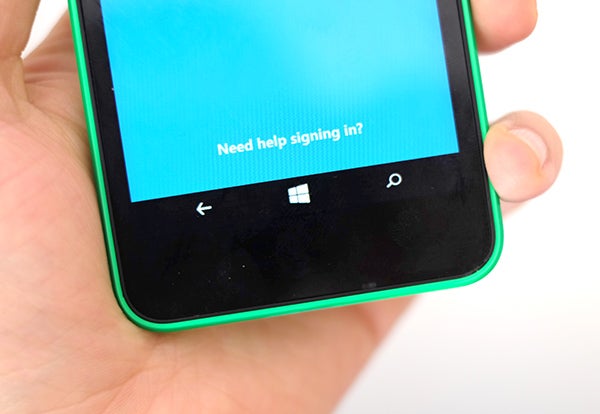 Cheaper Windows Phones like the Lumia 635 are good as making swishing through the basic interface quick. One of the key early aims of the system was to offer better all-round performance across the lower price bands than the competition.

However, you do see where the Lumia 635 is a bit less capable in its app load speeds and in-app performance. The phone has just 512MB of RAM, which won’t help in this field. Some apps take a couple of seconds to load where they’ll fire-up more snappily in something like the Lumia 930.  The processor is pretty good, though.

Nokia uses a Snapdragon 400 quad-core 1.2GHz CPU in the Lumia 635. That’s the same CPU as the Motorola Moto G, and even much more expensive phones like the Sony Xperia T3. It’s a pretty good chipset.

Our usual benchmarks like Geekbench 3 aren’t available for Windows Phone, so we tried the Sunspider Javascript benchmark instead. Using the inbuilt Internet Explorer browser, the Lumia 635 took 1460ms to complete the test. For a couple of comparisons, the Moto G (using the Chrome browser) took 1290ms and the Lumia 930 a blistering 512ms. It’s an entry-level performance. 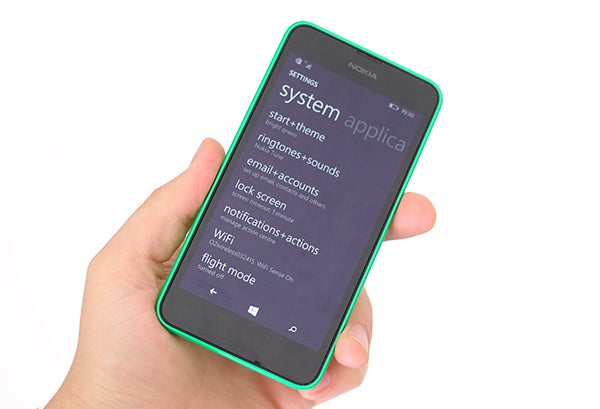 Still, performance is no grand issue with the Nokia Lumia 635. What we found more annoying was the standard old complaint of Windows Phone that hasn’t changed – the apps and games situation.

The Windows Phone app store now has more than 300,000 apps, but you wouldn’t know it from browsing its shelves.

We won’t be too cruel – the vast majority of the ‘standard’ smartphone apps are here. Social networking, music streamers, and all kinds of utilities are covered. However, there’s not the same sort of app culture as there is on iOS and – to a lesser extent – Android.

If you want to discover a cool new app and game every few days, you’d be better off with an Android phone. If you’re not much of a gamer and don’t need more than the app basics to cover each are of your digital life, there’s nothing to worry about. This is one of the reasons why Windows Phone has suited lower-end devices so well over the last couple of years.