The Nokia Lumia 635 is the Windows Phone follow-up to the Nokia Lumia 630. There’s not a huge amount of difference between the two – the 635 is 4G and comes with a glossy plastic body rather than a matt one. That’s about it.

Since it first launched the Nokia 635 has dropped significantly in price. In fact you can now get it for just £60. That’s dead cheap for a 4G phone and could be a great option for someone needing fast internet on the go, but doesn’t have the budget to shell out on a more expensive handset. At this price it’s hard not to recommend the Lumia 635, although you should read on to see if you can live with its limitations. There are a few, but at £60 these are to be expected.

The Lumia 635 has proven to be a popular phone for Nokia, partly down to the price and partly down to the colourful styling. User reviews have generally been positive, although there are a few elements that you should be aware of. The first is that the battery life isn’t all that great – there are plenty of other phones out there with more stamina. The second is the design, which can make the phone tricky to hold. 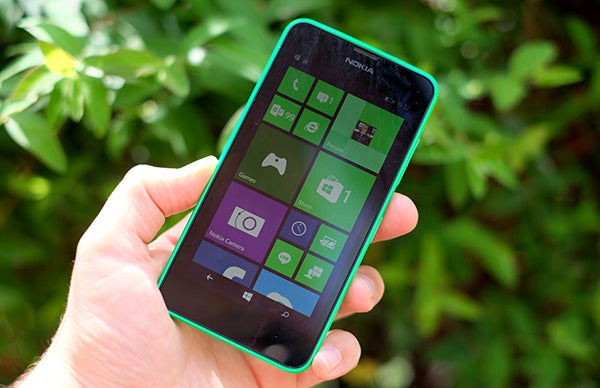 The Nokia Lumia 635 is a typical budget phone. It’s a fair bit smaller than more expensive phones, but that mostly down to the fact that it comes with a 4.5-inch screen as opposed to a 5-inch or larger. It’s not slim though, at 9.2mm thick it’s not too obsessed with being super-skinny.

All these elements give the Lumia 635 a small-but-chunky feel similar to the Motorola Moto G and, of course, the Lumia 630. Nokia has added a few nice touches to elevate it above some lesser budget phones, though.

The Lumia 635 comes in a variety of different colours. We’re trying the bright green version, whose larger-than-life shade is far enough removed from real neon lime green to avoid turning of 95 per cent of the population. But it is bright. 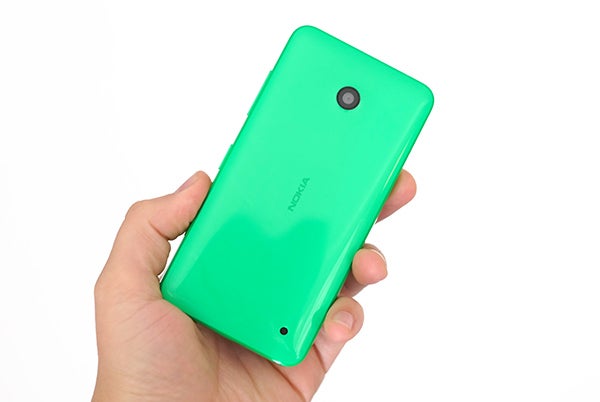 There are also orange and yellow versions, and the more conservative white and black shades. All have a glossy finish, and they use a translucent coloured layer rather than pure block colour in order to give the finish an appearance of depth.

While the finish of the Lumia 635 has that typical glossy plastic feel, this kind of translucent finish stops the phone from seeming too cheap and tacky. Nokia has also made the side buttons a similar shade of green as the rest of the body, once again pushing the phone’s looks above those of cheap and anonymous (generally Android) phones. 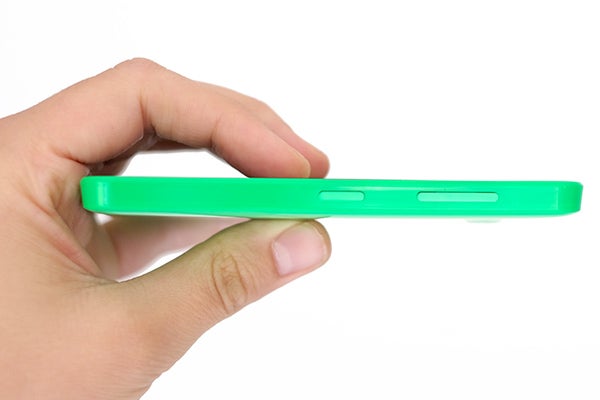 There are a few hardware changes you may notice from Nokia’s older Windows Phones if you’re a long-term fan, though. The camera button has been ditched, as have the hardware soft keys. These used to be part of the hardware requirements of the Windows Phone system, but since Windows Phone 8.1 they’re no longer demanded.

As the contrast and screen resolution of the Lumia 635’s display are less than perfect, the software nav keys do highlight that this is a budget phone a bit. But then the phone isn’t being sold as anything but a budget 4G Windows Phone – of which this is only the second, after the more expensive Nokia Lumia 625.

There aren’t as many cuts here as in the lower-end Lumia 530, though. You get a reasonable 8GB of storage and there’s a microSD card slot under the back cover, which pops off with a quick flick of your thumbnail. 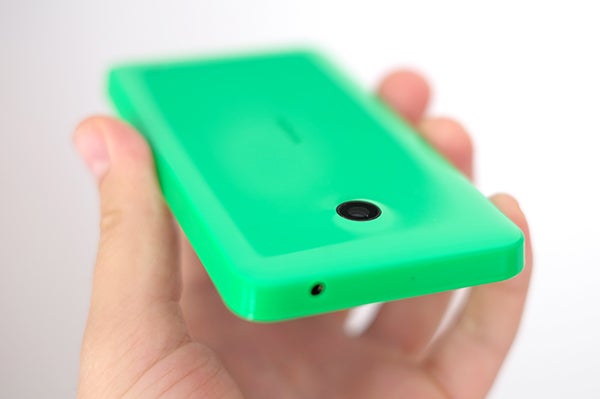 4G is the most important feature of the Lumia 635, when stacked up against the other low-cost Windows phones. This is certainly not the cheapest 4G phone yet, but it is among the new wave of more accessible 4G devices.

Predictably, most come from the Android stable. The cheapest of the lot (that we’ve reviewed) is the Alcatel One Touch S3 Pop, but we’d recommend stepping up to the thoroughly decent £99 EE Kestrel if the idea of a 4G Android phone also appeals. 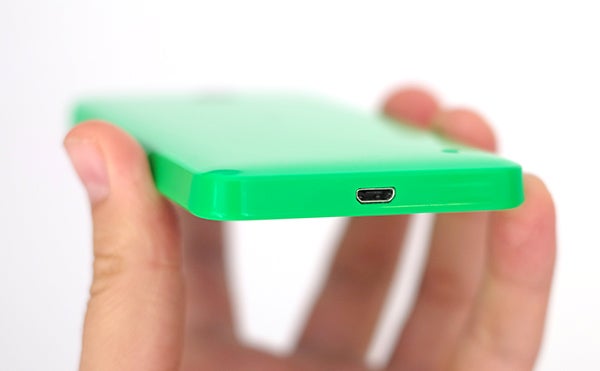 For now, though, this is the cheapest 4G Windows phone you can get, short of seeking out a second-hand bargain. As the most important UK 4G bands are supported by the Lumia 635, you’ll be able to pick any 4G network here too.