The Nokia Lumia 630 has a 5-megapixel rear camera. It’s about as basic as they come, with no flash on the back and no front-facing camera for selfies or video chat.

The shooting experience is much like those phones too. The Lumia 630 camera is not super-fast, but is mostly reliable and there isn’t the horrible shutter lag seen in some ultra-budget phones. 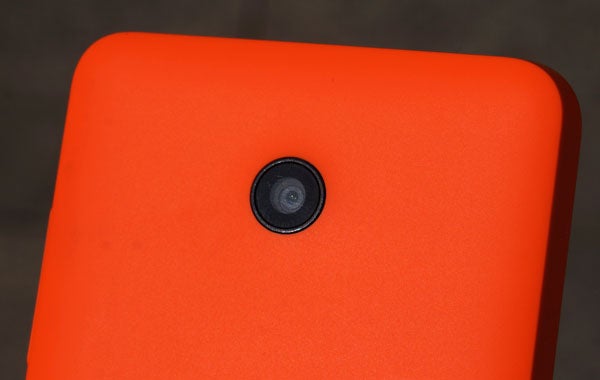 No flash no front camera

Shot-to-shot times are around two seconds, though, which is quite slow for normal photo shooting. It would have been good to see Nokia make a bit of progress in this area since last year – it’s a good deal slower than the rival EE Kestrel, for example.

As is quite common among lower-resolution phone camera sensors, the Lumia 630 performs quite a lot of processing to help its photos ‘pop’ a little, and this results in shots looking slightly unnatural at pixel level when there’s a strong variance in light levels.

But image quality is a fair bit better than, say the Motorola Moto G and Moto E. You can create some nice-looking photos, if not ones you can successfully crop into. Here are a few examples of the sort of quality to expect: 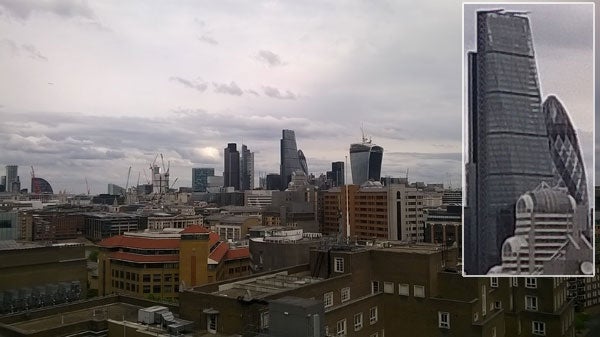 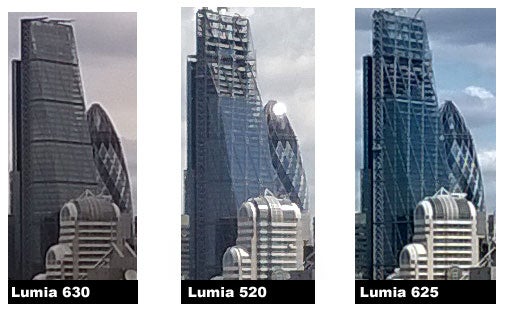 The Lumia 630 appears to use the same camera internals as the Lumia 625. The older Lumia 520 looks more processed, but that may come as a result of the tricky highlights – we see such ‘painted’ looking processing in some other Lumia 630 samples (see below). 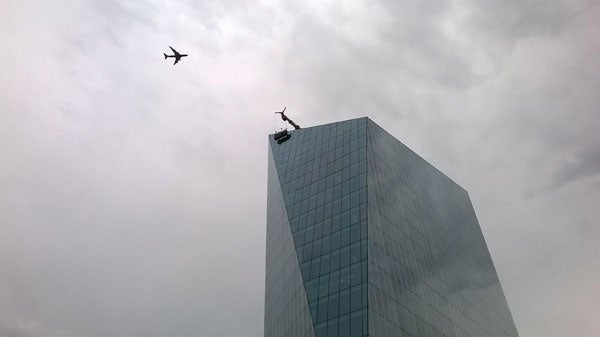 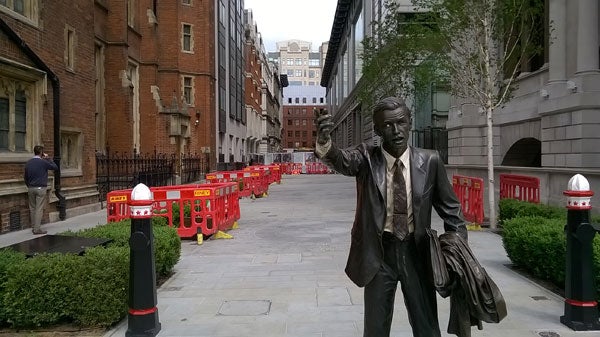 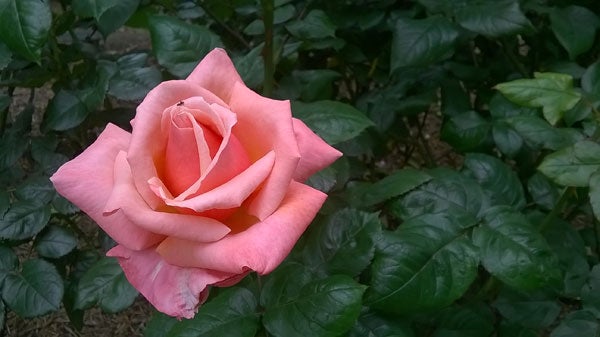 The Lumia 630 doesn’t have the resolution to let you crop much into pics like this, but as-is the result can look decent. 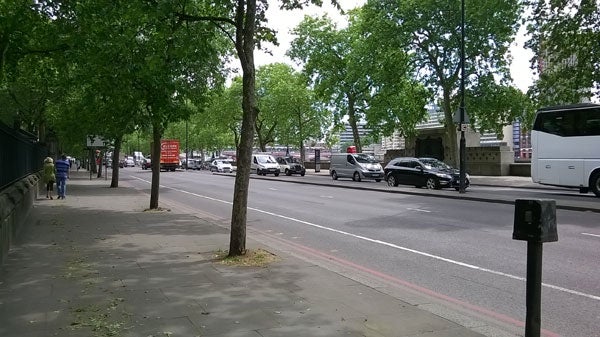 This is a pretty boring photo, but reveals quite how ‘painted’ the Lumia 630’s shots can look when dealing with powerful light sources. Check out the crop below for a closer look: 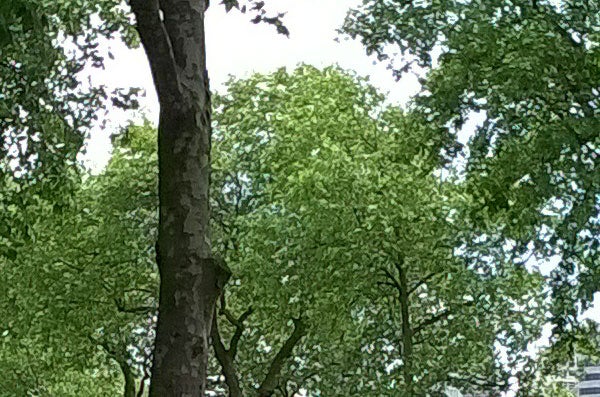 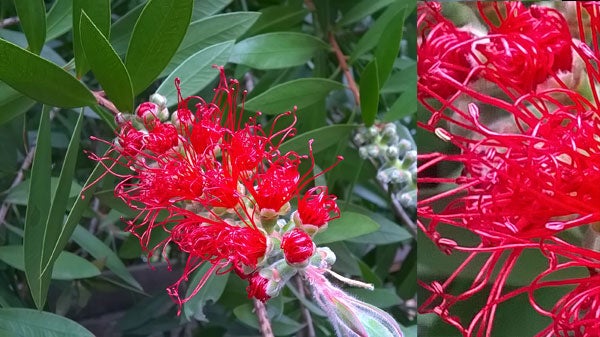 This photo highlights the most major issue the Lumia 630’s colours have: the phone struggles with reds. They’re not radically undersaturated as in some cheap phones, but they can look a bit “toxic crusader”.

In more taxing low-light conditions, the limits of the hardware are soon revealed. Without a flash, you can’t really take decent pictures of people at night. And while the Lumia 630 has a pretty successful stab at metering darker scenes correctly, the detail in night shots is extremely limited. You can expect vague approximations of night-time photos and little more.

That said, you won’t get much better at the price. 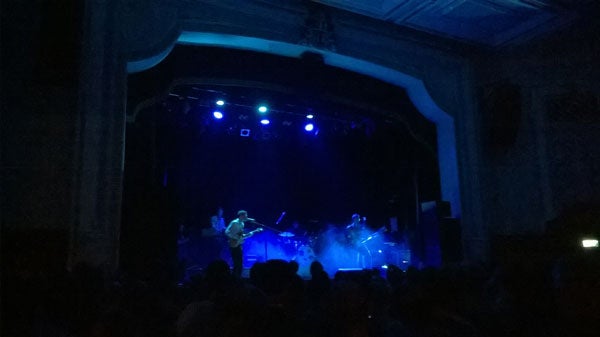 Teleman playing at the Islington Assembly Hall, May 2014 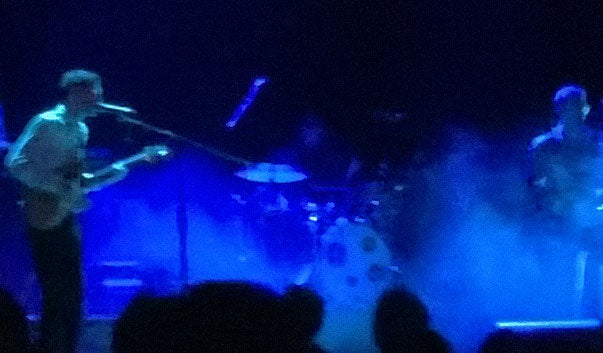 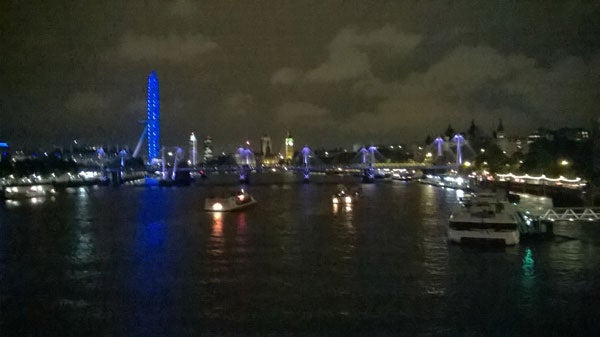 With relatively little light to work with, the Lumia 630 has a fair stab at exposing the scene, ramping up brightness in order to make objects visible. But as the crop below shows, image quality is pretty poor. 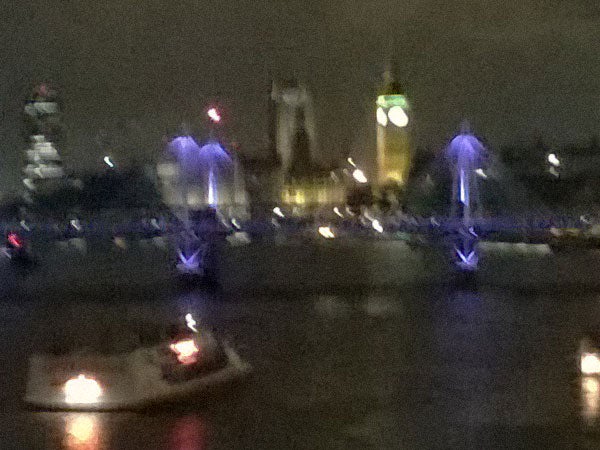 Nokia still doesn’t have a proper inbuilt HDR mode in its cameras, either, which is disappointing. The ‘backlight’ mode doesn’t have the desired effect and the ‘bracketing’ mode, which takes 3 or 5 shots with differing exposure settings, is hopelessly slow for handheld HDR’ing, and doesn’t merge the shots for you. 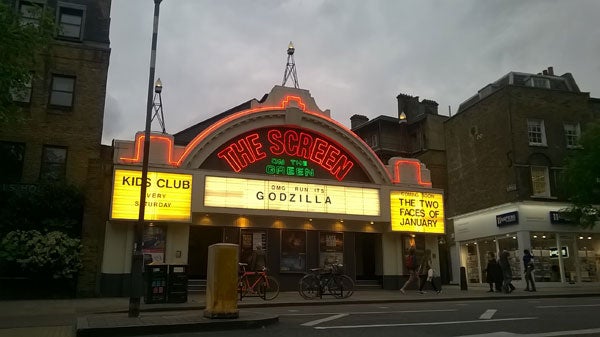 This is an example of an image that could do with the HDR treatment. While the Lumia 630 has performed an even exposure, the foreground would pop a lot more if it was a little brigther, which is what HDR would provide. As-is, it’s not going to get many Instagram upvotes or Facebook likes.

Nokia hasn’t really made much progress since last year’s models it seems, and you could easily judge the camera apps situation as a step backwards.

The Lumia 630 has two camera apps – one standard Windows Phone app and another made by Nokia. We can imagine many people getting confused, especially when there’s no way to hide one from your apps menu. We’re making more a point of this here than we would in a high-end Lumia review as more phone novices are likely to get their hands on this than, say, a Lumia 1020.

As with Nokia’s pricier phones, the Nokia camera app lets you have manual control over the Lumia 630’s camera settings. However, the camera isn’t really good enough to warrant too much experimentation.

Video capture tops out at 720p – most phones over 1080p, but at the price we can accept this sort of cutback.

Taking a step back, the Nokia Lumia 630 has a better camera than some at the price. But when little-to-no progress seems to have been made since last year and the £100 EE Kestrel offers a more intuitive experience, a flash and a front-facing camera while supplying marginally better image quality, it is a minor disappointment.