The phone uses a 1,830mAh battery, which you have easy access to simply by taking the phone’s back off. Capacity doesn’t sound that great at first, but we do need to consider quite how low-res the phone’s screen is. With 480 x 800 resolution, the Lumia 630 only has roughly a third the number of pixels to drive as the Moto G. 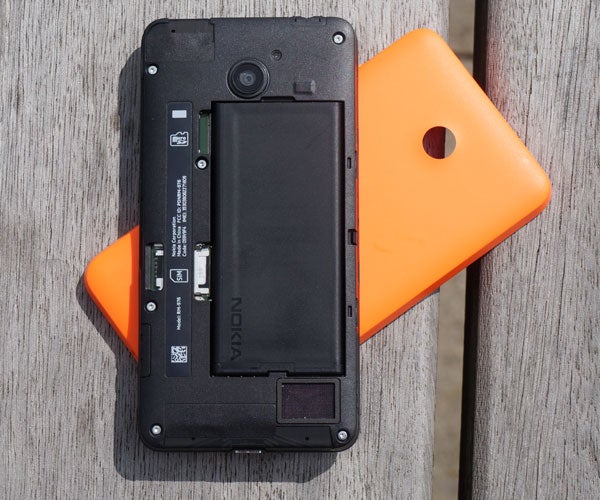 We were able to get at least a day and a half out of the phone, and it holds onto its charge fairly well when not in use. Nokia says you’ll get 600hrs out of the phone in standby – the reality will almost certainly be a bit less, but it does mean your battery won’t drain down much overnight.

The Nokia Lumia 630 also has a battery saver mode, which limits screen brightness and background data in order to conserve battery. It’s pretty effective, but we don’t recommend using it 24/7, just when you need to drag out the last few per cent of battery. Why? Limiting backlight brightness makes the phone’s display tricky to read outdoors.

As is common among Nokia phones, the Lumia 630’s call quality is pretty decent. The call speaker offers quite beefy sound, which should help out when you’re taking calls in slightly noisier environments.

The internal loudspeaker isn’t quite so hot, though. Top volume is decent but the sound is a little coarse and bass-light, as you’d probably expect at the price.

The Lumia 630 has a pretty standard speaker setup, with a single mono speaker on the back. 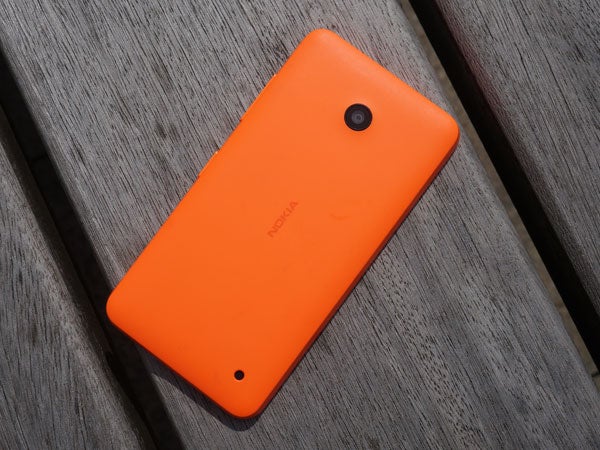 The Nokia Lumia 630 offers fairly rudimentary connectivity. The main omission is 4G, which is found in the slightly more expensive Lumia 635 if it is a must-have.

Other less useful missing bits include an IR transmitter, used to let a phone work as a universal remote, ac Wi-Fi and NFC. Nokia was once a big supporter of NFC (it featured in the Lumia 620), but even it seems to have conceded that it is not all that useful for most people.

Aside from 4G and a few bells and whistles, the Lumia 630 has just about everything you’d need. There’s GPS, Bluetooth 4.0 and 21Mbps HSPA (about as fast as 3G gets in phones). There’s also an FM radio, which is often missing from phones these days. 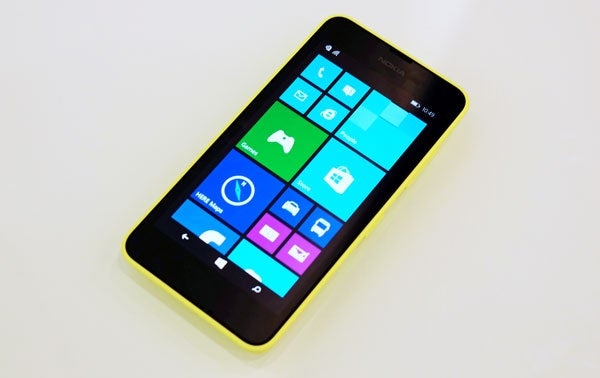 Nokia and Microsoft seem to have trouble maintaining a competitive position with their Android rivals. Last year it had a strong budget showing with the Lumia 620 – it hit it out of the park with that phone. The Lumia 520 was a sensible, hugely popular follow-up.

But it hasn’t kept up the pace.

The Lumia 630 doesn’t have quite the same spark. It acts as a showcase of how much Nokia can now leave out of its phones thanks to the new regime of Windows Phone 8.1, but doesn’t really cost much less, and doesn’t add all that much more either. A larger screen is welcome, but while it adds to certain experiences, its spotlight on the low-dpi screen is a real problem – especially if you compare it to Android rivals of the same price.

We don’t demand Moto G-like sharpness, but a blocky display sees the Lumia 630 arrive already well behind the curve.

The Nokia Lumia 630 is a cheery, low cost phone with a better camera than some bargain basement Androids. But its screen resolution is quite poor and the availability and load speed of apps are issues.