One area where the Nokia Lumia 520 hasn’t had to scrimp much is software. It runs Windows Phone 8, an operating system that looks and feels similar on a low-end phone to a top one.

It’s this consistent level of performance in Windows Phone 8 that makes the Lumia 520 such a top device. It may be cheap, but it is as quick and slick as you like.

The phone’s core specs aren’t too shabby, either. It has a dual-core 1GHz Qualcomm MSM8227 CPU and 512MB of RAM. That’s the same innards found in the Lumia 720, which is a significantly more expensive phone.

Day-to-day performance is great. And it glitched out fewer times than most Windows phones. This grade of overall experience is better than we’d expect from a low-end Android phone – especially from a company that aggressively goes for the entry-level market like Huawei or ZTE. 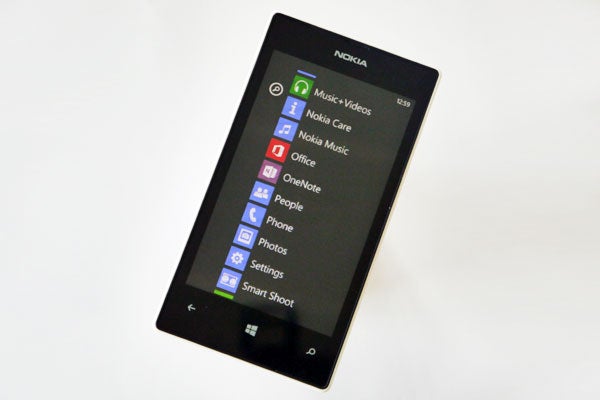 However, we did notice some more slow-down than higher-end Lumias when playing games. The Sunspider Javascript benchmark, too, shows that the Lumia 520 isn’t quite as speedy as the more expensive Lumias, coming out with a score of 1400ms when the just-unveiled Lumia 625 scored around 1100ms (lower scores are better in this test).

If gaming is a priority, the Lumia 520 isn’t the greatest phone in town, but not because of any performance issue. It’s down to Windows Phone 8.

The games selection available on Windows Phone 8 is poor compared with Android or iOS. And, as is common with new phones, it’s even worse on the Lumia 520. There are just 20 games (at the time of writing) in the Xbox games section of the Windows Marketplace, which is where the highest-profile Windows Phone games live.

The apps selection is pretty limited too, and Windows versions of apps tend to receive fewer updates than their iOS and Android cousins. The basics are covered, but – as with games – if you’re an apps freak look for a budget Android. 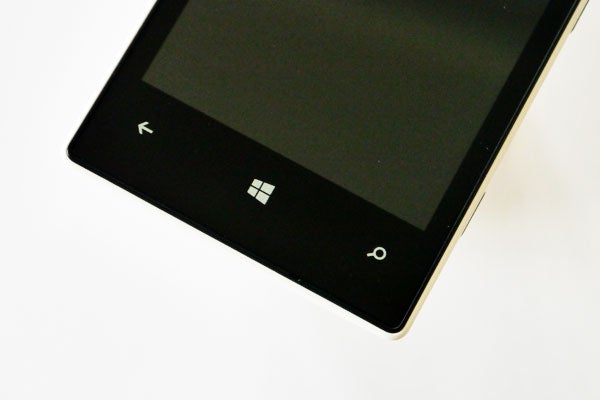 Windows Phone 8
does come with a solid array of integrated features, though. Its People
app not only acts as your phone book, but also hooks into Facebook and
Twitter to bring you your latest social updates from your friends.

Real
social networkers will want to use separate apps for each, but Windows
Phone 8 does manage to weave together social networks, email accounts
and more traditional phone features like SMS with ease.

Whether
writing a message or tapping out a web address, the Lumia 520’s
excellent keyboard makes doing so easy. Windows Phone’s virtual keyboard
is excellent, with careful design and very accurate, reliable input.
The 4-inch screen is large enough for comfortable typing with most
keyboards, but somehow the Windows one feels routinely more reliable
than the majority of Android keyboards.

It’s quite stylish too,
with a sharp, minimal look. However, it does not offer any form of
gesture typing – where you draw a wiggly line over the letters in a word
rather than tapping – and no way to install such a feature. Some of you
may not like this, as gesture typing is generally much quicker than old
fashioned tapping, once you get used to it.

The Lumia 520’s screen is a little too small to
comfortably watch a film on, but the phone’s native video skills aren’t
too bad.

Its video player app can play a few video formats
without transcoding (converting videos into another format) – including
Xvid and DivX. However, it doesn’t recognise MKV files at all.

If
you’re desperate to use the phone as a portable video player, there are
some third-party apps on the Windows Marketplace that’ll handle DivX
and MKV files. But not as many as on iOS or Android.

The Lumia
520’s internal speaker is a basic mono affair. It sounds a little tinny
and harsh at high volumes, but it does at least provide a good volume
level for a small, low-cost phone.