The E55 is the latest and smallest of Nokia’s E-series, business-focussed handsets. It measures a mere 9.9mm at its thickest point, so it really is incredibly slim for a fully-featured smartphone. But despite it’s thinness, it shares the same impressive build quality as the other phones in the E-series range and certainly feels like it could stand up to a few knocks and scrapes.


The front face of the E55 is dominated by its large 2.4in display. The screen’s resolution at 320 x 240 pixels is pretty good for its size and certainly provides enough room to comfortably view web pages or read longer emails. It looks pin sharp, too, and is relatively bright, although outdoors in direct sunlight it can be a tad difficult to read at times. However, in this respect it’s not all that much worse than screens on many other devices we’ve used.


Beneath the display, Nokia has added two shortcut buttons for the calendar and email client, which let’s face it, are the two features you’re most likely to use on a daily basis. For navigation there’s a chunky and responsive D-pad, plus two soft keys mounted on either side of the screen. 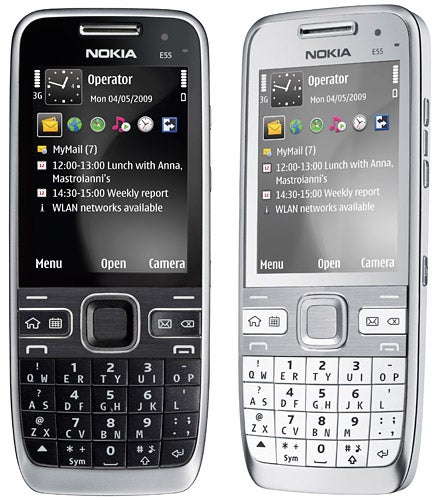 However, it’s the main keypad that’s perhaps the E55’s most distinguishing feature. It’s a 20-key, half-QWERTY affair, with two characters per key. To input the first letter you tap once, and to input the second you tap twice.


The handset runs the 3rd edition of Nokia’s Series 60 smartphone OS. Series 60 may not be the flashiest OS around, but it is very straightforward to use. It also includes a decent line-up of applications as standard including the QuickOffice software, PDF viewer and Windows Live Messenger. We also like the way you can set up and easily switch between work and personal profiles via a simple icon on the home screen.


The phone’s browser is impressive too. While it can’t compete with the likes of Safari on the iPhone or Google’s browser on Android, it’s definitely one of the better browsers we’ve seen on a candybar style phone, as it generally does a good job on page formatting and pops up a nice thumbnail view of previously visited pages when you hit the back button. The browser also supports Flash Lite, so some – but by no means all – Flash content can be displayed.

The E55 has onboard Assisted GPS plus a digital compass and as a result comes pre-loaded with Nokia’s Maps navigation software. It’s fast to get a lock on your position and while Nokia Maps isn’t our favourite navigation app, it does work well. And because the maps are downloaded on-demand from the server they’re as up-to-date as possible.


Of course, with its QWERTY keypad, this handset is aimed at those who frequently use email while on the go. Setting the phone up to work with our Gmail account was very fast and uncomplicated and once everything is configured you can quickly jump to the email client by just hitting the dedicated messaging button on the front of the phone from within any menu or application, which is neat.


The email app is very straightforward to use and makes it easy to search your mail box or quickly sort emails by a range of options including date, sender or subject. You can also have the phone read out messages in a synthesised voice, which may come in handy from time to time. 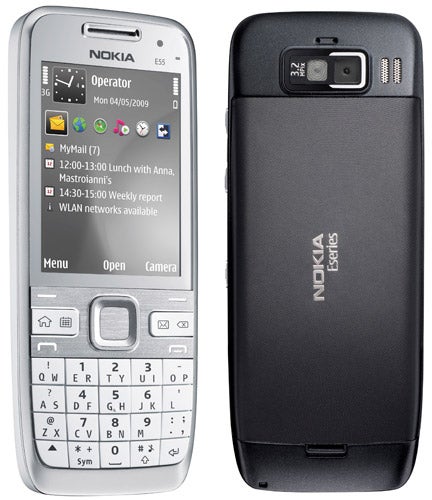 Manufacturers don’t tend to go the whole hog with cameras on their business phones, but the shooter Nokia has used on the E55 is not too shabby. It’s got a pretty standard 3.2-megapxel resolution, but it does have an LED flash and it actually takes quite decent shots. Unlike many recent smartphones, the E55 also has a front-facing camera for video calling if you feel the need.


As with most Nokias, the E55’s call quality was hard to fault. The phone has good reception and is able to hold onto a decent signal even in weaker areas. The earpiece and mic both produce crisp and clean sound for the most part and the speakerphone also works well, picking up voices at a decent distance so you don’t have to be standing over it to be able to hold a normal conversation.


Traditionally, battery life has been one of the strengths of the E-series and thankfully the E55 is no different in this regard. Nokia quotes a talk-time of eight hours and standby time of up to 23 days, but obviously these are maximum figures so if you hammer it with 3G downloads, Wi-Fi usage and by using the GPS chip you’re likely to reduce this by a significant margin. However, during our time with the phone using a range of its core features we got around two and a half days from it before it needed a charge, which is pretty impressive by smartphone standards.


Nokia’s phones have been a bit hit and miss of late, but it has to be said that the E-series has remained consistently strong throughout this period and the E55 continues this trend. Its combination of large screen, very usable keyboard and impressive messaging capabilities make it a good choice for those who are happy to stick with a traditional candybar design. 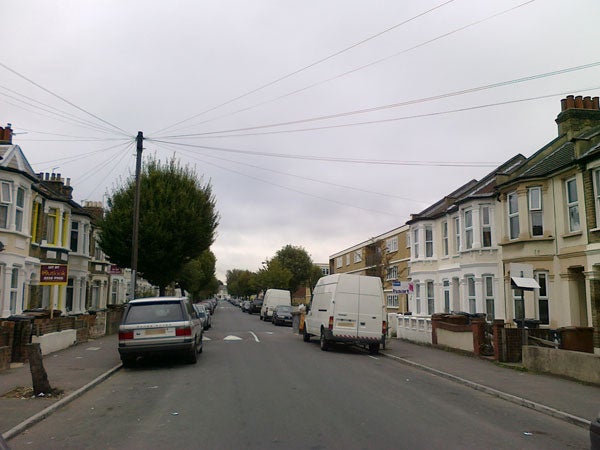 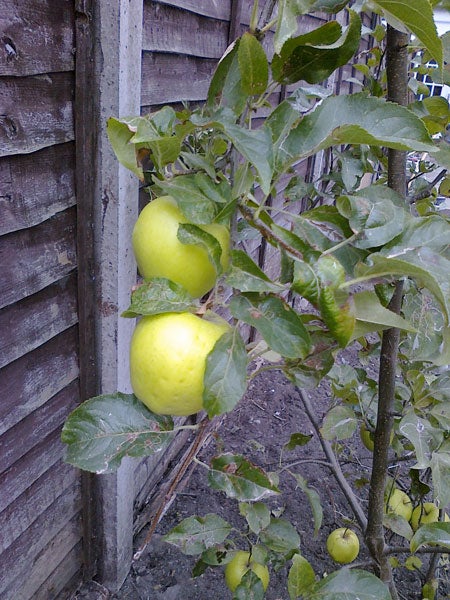