I’m not going to apologise for having had something of a Nokia-fest over the past few weeks. With the N81 8GB and the N95 8GB both appearing hot on each other’s heels who can blame me? And now the Nokia-fest continues, not with another N series device, but with a more business focussed E series one. The E51, to be precise.


I was a big fan of the slider E65 when it appeared, and while it had a few problems I did wonder how Nokia would top it with its next release. The E51 is the answer, and it really does look like a great smartphone for the business user and for consumers who want to stay on top of their lives. 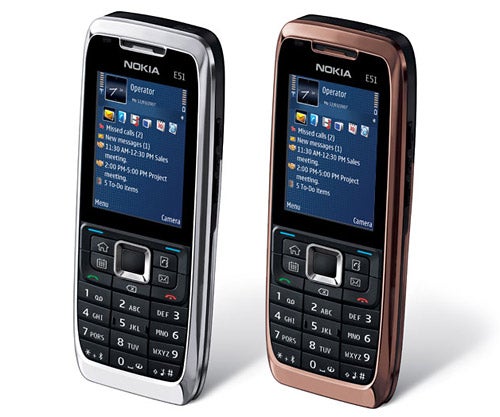 This phone packs all its features inside a deceptively basic casing. The silver and black styling of my review sample was not particularly exciting, but good enough. The livery is replicated in bronze and black or black all over, though not all operators are offering all variants.


The phone is quite tall at 114.8mm, though is very thin at 12mm. It is 46mm wide and weighs the magic 100g. It feels really comfortable to hold, and slips into pretty much any pocket without causing trouble. The perhaps excessive height is welcome because it allows for a superb screen, good number pad and large bank of additional buttons. Let’s look at those features in turn.


The screen measures two inches corner-to-corner and delivers 320 x 240 pixels. It can display 16 million colours. It isn’t huge but it is superbly sharp and clear, and utilises the confined space well. To make even more use of the display area, Nokia’s Web browser can be twisted into wide format and there is a text zooming mode which helps you see as much as possible of a page at once.


The number pad keys are all large and shaped so that while they all touch each other they also feel like individual keys. I had no trouble number dialling or texting quickly.

It is the extra buttons that grab the attention, though. Surrounding the silver navigation key and its large central select button are no less than nine other buttons. Call and End, the two Nokia softkeys and the Nokia backspace key are accompanied by four ‘one-touch’ keys.


Each of these has three functions. The one marked with a calendar icon opens the calendar software if you tap it quickly. Hold it down and you jump straight into creating a new meeting. Tap it twice and the first tap takes you to the calendar so you can view the current month, the second tap takes you out to whatever application you were previously using. 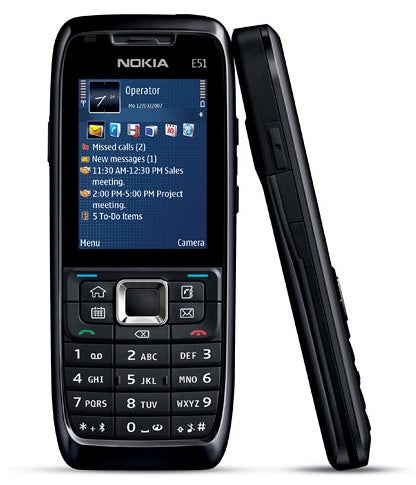 There are similar functions for the email and contacts keys. The fourth key, marked with a home icon, takes you to the applications menu with a short tap; back to the Active Standby screen with another tap; and if you hold it down, gives you an application switcher so you can move between opened applications. All rather slick stuff, once you’re used to it.


Moving on to the hardware and software, the E51 is a quad-band GSM phone with 3G and HSDPA. It has no front-facing camera for two-way video calling, which some could find a real pain. On the other hand there is Wi-Fi and it supports SIP which means your favourite VoIP software should work fine as long as its supports the S60 Nokia platform. Bluetooth is here, too, and so is infra-red.


Under the hood the software shares a lot with other up-to-the-minute Nokia handsets. It’ll play video and music for example, handle mobile email and has a PDF reader as well as readers for Microsoft Word, Excel and PowerPoint. There is an FM radio too.


There is a generous 130MB of built-in storage, and you can bulk this up further with microSD cards. The slot is under the battery cover, but not under the battery, so it is really easy to swap cards.

A notable innovation on the software front is Active Notes. This is an application you can use to insert images, sounds, Web addresses and more into ordinary text based notes. It is a nice idea, and could prove useful.


The headset connector is 2.5mm sized and rather boringly Nokia provides a simple one piece headset. Remember, this is primarily a mobile aimed at professionals and Nokia still doesn’t realise that many professionals like a bit of music when they are out and about.


This is a shame as the battery life on the E51 is very good. I got thirteen and a half hours of music from a full battery charge. This isn’t quite the best I’ve ever got from an S60 phone, but the E65, whose usability I liked so much, just edged under ten hours. 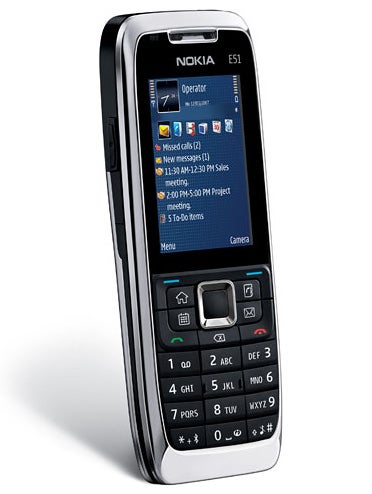 However, it is the camera that lets this phone down. Its base specification of 2.0-megapixels doesn’t inspire confidence at the outset, and in use it was average.


Shooting photos of anything even vaguely moving was a no-no. All my test images of moving subjects were blurred and unsatisfactory. Both indoors and outside the camera had ‘issues’. The coloured dish, photographed under normal household light, looks grainy and insipid. The flowers, photographed outdoors on a dull December day, are way overexposed and their bright and vibrant yellow is completely lost.


If you need two-way video calling or a good camera on your mobile then the E51 isn’t for you. But in every other respect I found it to be a great little mobile. 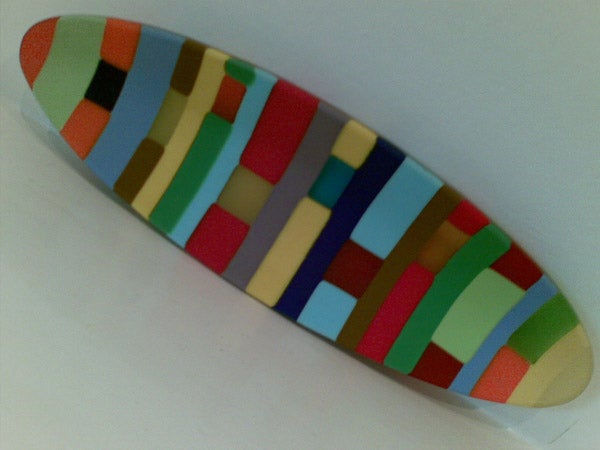 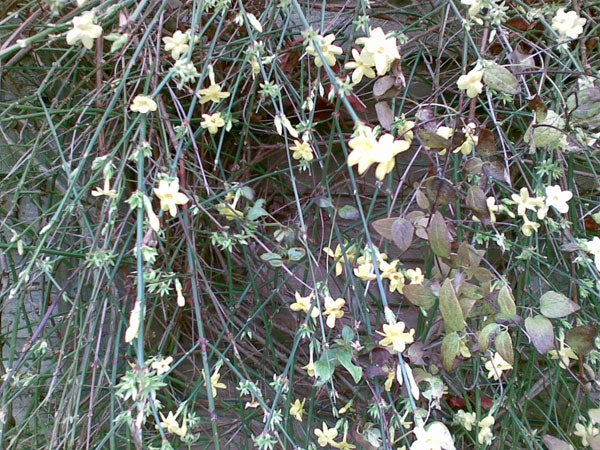