Nokia may be struggling to re-establish itself in the smartphone market with handsets like the N8, but the company still knows its onions when it comes to creating simple and reliable phones for the mass market, which is obviously the target for the C3 Touch and Type.

At first glance, the C3 Touch and Type, or C3-01 as it’s also known, looks very similar to the likes of the Nokia 6300 and 6700 Classic, thanks to its traditional layout, with a standard keypad at the bottom and a portrait screen at the top. Like those models, it also has a brushed metal finish with real metal used on the battery covered while the rest of the handset is plastic with a metallic paint job. Nevertheless, the phone feels remarkably solid to hold and looks quite classy for this type of phone.


The keypad is very large by Nokia standards and the buttons feel responsive and give a noticeable click when pressed, so tactile feedback is quite good. At the top of the key pad, there are two call control buttons, but unlike most Nokia’s, there’s no central menu button. There’s a good reason for this and that’s because the ‘Touch’ in the name refers to the fact that this phone uses a touchscreen – but more on that later. The left-hand side of the phone is completely free of buttons, whereas the right side houses the volume rocker switch, lock button and a dedicated camera key.

As with many of today’s mid-range Nokias, the handset has both a micro-USB port and a mini Nokia charging port. The phone can actually be charged using either, but the mini charging port charges the phone faster and so Nokia supplies this type of charger in the box. Nestled between these two ports is a standard headphone jack and Nokia supplies a pair of ear bud headphones (including an inline mic) with the phone. The rear battery cover slides off to give you access to the SIM card slot and microSD card slot. The latter accepts cards of up to 32GB in size giving you plenty of room to store photos, videos and music tracks.


At 2.4in, the touchscreen isn’t large by smartphone standards, but it’s good for a traditional candybar shaped phone. It has a resolution of 240 x 320 pixels, which means that it can display quite a lot of text on a single screen. The display uses resistive rather than capacitive touch technology, but it actually feels responsive when selecting most items in the menus, although the fact that Nokia has made all the selectable icons and options quite large helps in this regard.


When scrolling through longer lists it doesn’t work quite as well, as you have to consciously press a bit harder on the display rather than perform the light, capacitive screen grazing action. One minor annoyance is that pressing on the screen causes ripples to appear under your finger and slightly distorts the colours around that area. You get used to it, but it is a bit disconcerting at first and makes you wonder how robust the display will be over the longer term.

The phone runs the Series 40 operating system rather than the more advanced Series 60 version found on most of Nokia’s smarter handsets. The Series 40 interface has obviously been tweaked to make it more touch-friendly, with larger icons not only in the main menu, but also in the scrollable sub-menus. The result is a phone that’s a good deal faster to navigate around than older models without touchscreens as you no longer have to fiddle around with a d-pad to select the item you want – you just reach out and touch it.


Another area that’s greatly improved by the touchscreen is web browsing. Although Nokia’s web browser is pretty slow and cumbersome to use, you can load up the Opera Mini browser instead, which is a revelation. It’s very speedy to load pages and navigating and zooming (double tap only as there’s no multi-touch support) with the touchscreen is a joy, making this one of the best traditionally shaped handset we’ve come across for web use.

The web browsing experience is also boosted by the fact that not only does the phone have HSDPA support (at speeds of up to 10.2Mbps), but it also has Wi-Fi onboard, which is ideal for use around the home or office. Naturally, there’s also Bluetooth 2.1 onboard so you can pair it with other phones or use it with a set of Bluetooth stereo headphones. As with most Nokia’s the call quality was first rate with the earpiece and mic delivering crisp and clear audio. One of the key selling points for this style of phone over a more feature-rich smartphone is battery life and here it doesn’t disappoint. We got around three and a half days from it before it needed a recharge.


The phone uses the standard Series 40 music player, which looks a little bit dated but is easy to use. Music is sorted into the usual artist, album, genre and playlist categories so it’s very straightforward to find the tracks you want to play. You can create playlists on the go and there’s a five-band graphics equaliser to give you a bit of control over the audio output. The audio quality from the standard 3.5mm jack is good, but the supplied headphones are rather poor with their weedy bass response and scratchy mid-range frequencies. As with most Nokia handsets, there’s an FM tuner that is accessed via the same Music menu as the audio player.


Unfortunately, the camera isn’t all that impressive. Although it has a 5-megapixel resolution, shots are lacking in sharpness and detail – we’ve seen quite a few 3-megapixel snappers on phones from other manufacturers that outperformed it in terms of overall picture quality. It does have a flash to help it out when it’s working indoors, but this is a simple LED one that lends an unnatural blue-ish tone to photos.


The C3-01 Touch and Type is a good-looking handset that will appeal to those who want easy to use features and longish battery life in a traditionally styled candybar phone. However, with Android handsets starting to hit the £100 mark on Pay as you Go, it’s difficult to recommend it to more adventurous souls. 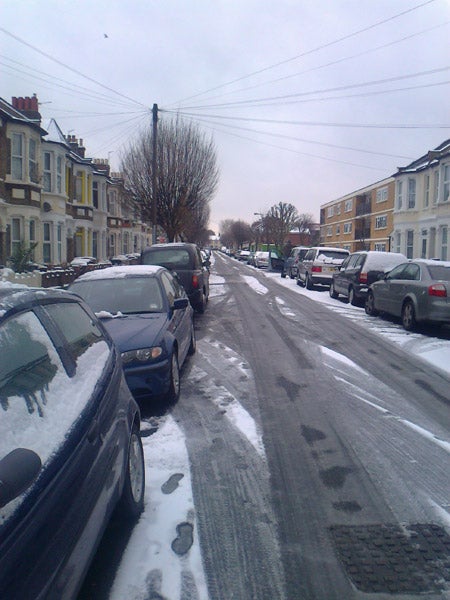 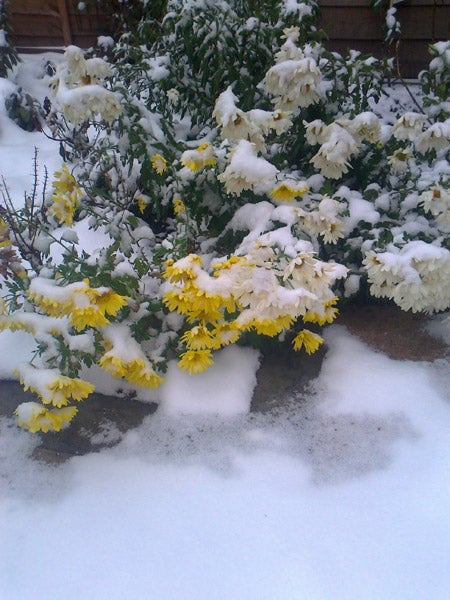 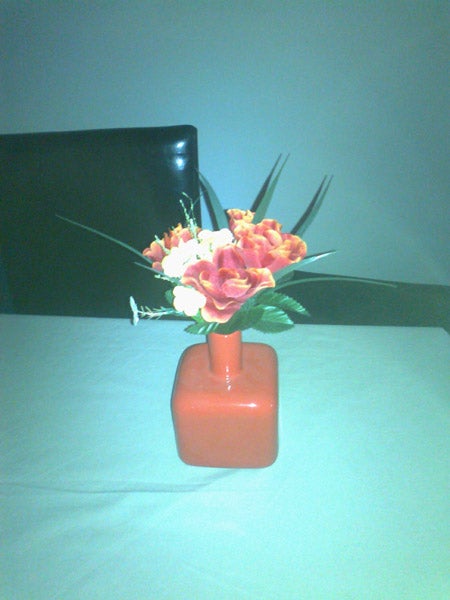