The Nokia C2-01 is a budget phone, but selling for Â£69.99 at the cheapest in the UK its price is veering dangerously close to budget smartphone territory. Swimming in waters filled with razor-toothed Androids and budget Qwerty models is a dangerous game for a phone like the C2-01.


The phone’s design is classic Nokia, with a candybar form factor and standard T9 keypad. There’s a silver trim but the C2-01’s body is made entirely out of (admittedly fairly tough feeling) plastic – what you’d expect from a phone at this price.


Next to today’s attention-grabbing smartphone stars like the iPhone 4 and HTC Desire HD, the 2in 240×320 pixel screen of this phone sounds puny, but is near-enough what we’d expect of device with this form factor. With a generous black expanse above and to each side of the screen, we have a hunch a 2.2in model may have fitted-in just fine, but the display used is bright, sharp and offers acceptable viewing angles.

Cheaper phones that slink into the ultra-budget sector often use poorer-quality LCDs with awful viewing angles and fewer colours (65k against the C2-01’s 256k), resulting in an image that looks washed-out and is more likely to strain the eyes. We’re glad the C2-01 bettered this budget standard, however our review C2-01’s screen did have some odd bright lines that appeared in the display whenever the phone was angled more than thirty degrees or so – although this is likely to be a one-off manufacturing fault.


Each side of the phone features a flip-out plastic panel that covers a microSD slot, on the left hand-side, and a microUSB slot. The sides are otherwise blank – there’s no dedicated volume control buttons so you have to use the central D-pad to alter the volume of calls or music playing. On top of the handset are the proprietary power socket and standard 3.5mm headphone jack, letting you use your own earphones. 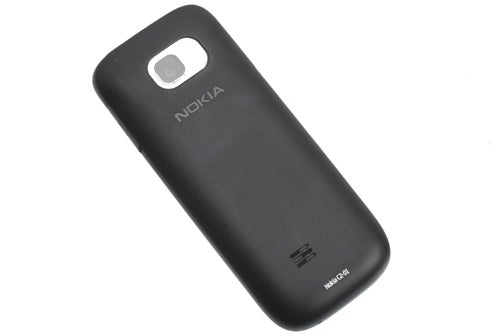 Keeping everything but the SIM slot above the battery cover means you’ll hardly need to take the cover off – as people who frequently have to do this, we can attest to this being a good thing for the phone’s durability. Still, the C2-01 demonstrates Nokia’s usual strong build quality, with all the fascia buttons having a firm, clicky action. Next to the Sony Ericsson Cedar and cheaper Nokia C1-02 though, the keypad does feel slightly cramped, owing to its subtler contouring.

The Nokia C2-01 runs the S40 operating system, a simplified alternative to the full smartphone Symbian S60 operating system still used in Nokia’s mid-range phones. In-line with the demands of today’s social networking generation, it comes complete with a built-in Facebook app, although tweeters aren’t similarly catered for with a Twitter app.


There’s a home screen that features four rectangular slots you can fill with 10 different widgets or shortcuts. These include a calendar notification bar, a scrollable row of shortcuts and a memory-jogger note. You switch between these on the home screen using the silver directional pad, while other functions are accessed from the main menu. 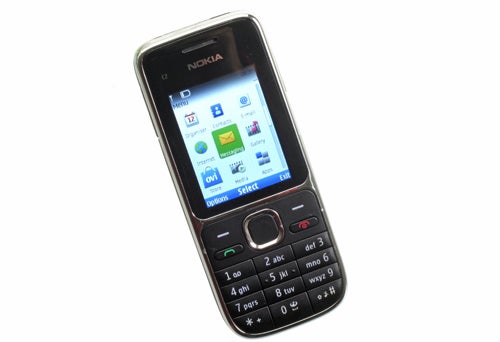 This Nokia-standard three-icon-wide menu houses all your apps, within an “Apps” subfolder, as well as supplying links to basic phone features like SMS messaging, the web browser and your contacts book. Delving further into the menu, the Nokia C2-01 comes with a handful of additional apps pre-installed including online photo service Flickr, a unit converter, size converter and world clock, plus a handful of games such as Bounce Tales, brain trainer Brain Champ and Digital Chocolate’s City Bloxx.


It’s a paltry selection of apps but can be added to thanks to the Ovi Store, Nokia’s own app store. Like any S40-powered phone though, the roster of apps available for the C2-01 isn’t impressive. eBuddy Mobile Messenger lets you talk to friends over the popular IM networks and Snaptu fills the Twitter functionality void but the apps available can’t match the offerings of any of the true smartphone platforms. Games are better served though, as long as you can make do with 16-bit style graphics rather than the flashy 3D games Android and iPhone buyers can show off. 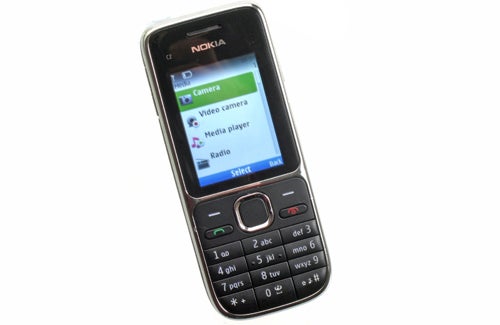 With 3G connectivity on-board, this phone is web-ready and comes with a built-in browser to prove it, but its form factor and price don’t convince us that this is a particularly effective web buddy next to alternatives. The Wi-Fi enabled Nokia C3 has a full Qwerty keyboard, the T-Mobile Pulse Mini has a larger, touch-sensitive screen plus both 3G and Wi-Fi, and the similarly-specced Sony Ericsson Cedar is available for a good Â£20 cheaper – not small change at this price.


You navigate through web pages using the D-pad to control a cursor, which feels very slow and ineffective if you’re used to the slick touchscreen navigation of a smartphone. Flash lite 3.0 is supported, so your web experience isn’t entirely cut down to the basics, but the internet on a small, non-touch screen doesn’t feel like the opportunity for entertainment (and who knows, perhaps even some learning) it is on a larger, more capable device. As with almost any phone on the market today, email support is included, but for simply checking the odd email alone, 3G might be considered overkill.

The Nokia C2-01 offers a 3.2-megapixel camera that can also capture video up to QVGA (320×240) resolution. It’s a very basic photo solution though, with a fixed focus lens that’s incapable of honing-in on anything remotely close by. To see this effect in action, check out our sample picture of a leaf on our Camera Test Shots page.


There’s also no flash, and in low-light conditions the image quickly becomes very grainy – barely even suitable to post on the net, let alone print out. Chromatic aberration is very noticeable and there’s almost no shadow detail – the standard level of performance for budget phones like this. There are some fun filters you can apply to your shots that mean it’s not entirely useless though. False Colours swaps colours around, turning blue to orange, green to blue and so on, and the more standard filters of greyscale, sepia, negative and solarise are also included. 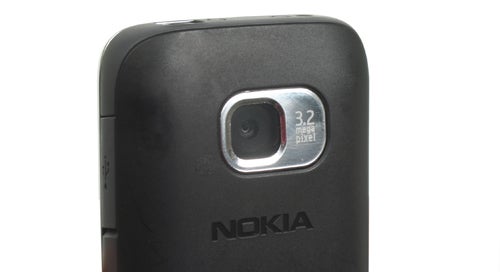 Any photos deemed worthy of transferring to your computer can be dispatched easily over the USB, as there’s a mass storage mode available that shows-up phone storage as a disk drive on your PC, or using Bluetooth.


Call quality is good but the volume doesn’t quite reach as high as we’d like. At maximum setting the internal speaker will have trouble breaking through much ambient noise – aboard a noisy bus you may have problems.


Without the smartphone extras of a clever OS packed with multitasking, GPS and Wi-Fi, the C2-01’s battery life is impressive – especially if you don’t use always-on web connectivity. Used as a basic non-connected phone, which is what this handset functions best as, it’ll last for the best part of a week between charges.

However, it feels like Nokia’s pushing it a little in flogging us this simple phone, 3G or no, for Â£70. If you don’t need the 3G, a similar-performing handset can be had for much less – Vodafone’s ultra-budget own-brand 340 costs just Â£15 for example. Even if the candybar form factor and 3G connectivity are what you’re after, the Sony Ericsson Cedar is cheaper and has a larger screen.

The Nokia C2-01 is inoffensive and sturdy in the same way the majority of Nokia’s budget phones are, but it’s a little too expensive to be attractive at this Â£50+ price point. Other phones offer the same features for less money and for just a little more, you can get the full smartphone experience rather than just 3G connectivity bolted onto a feature phone. 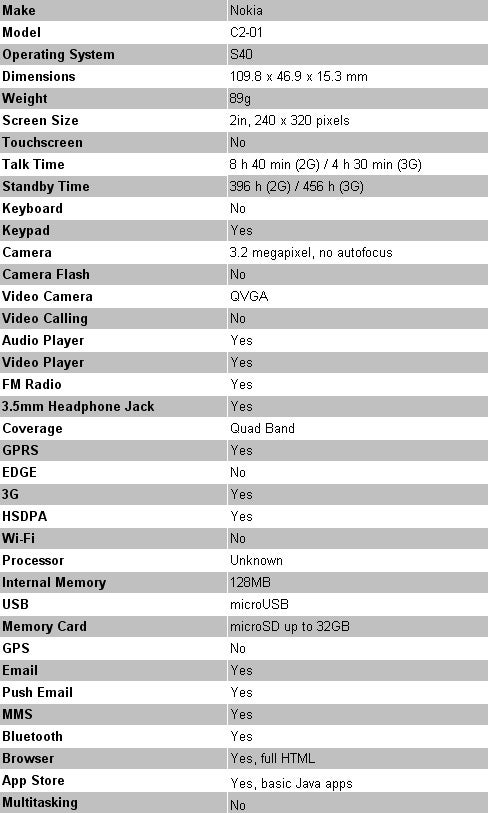 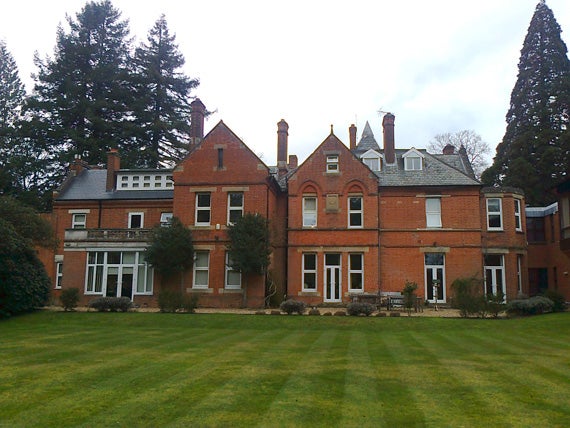 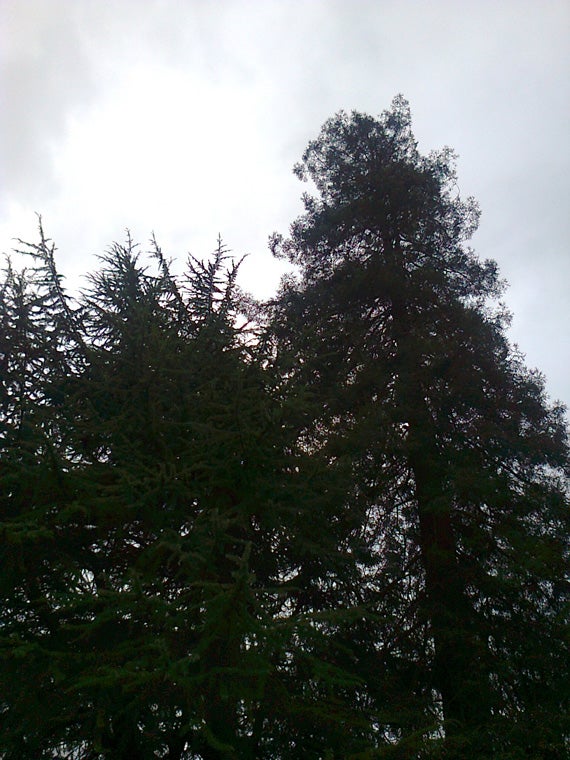 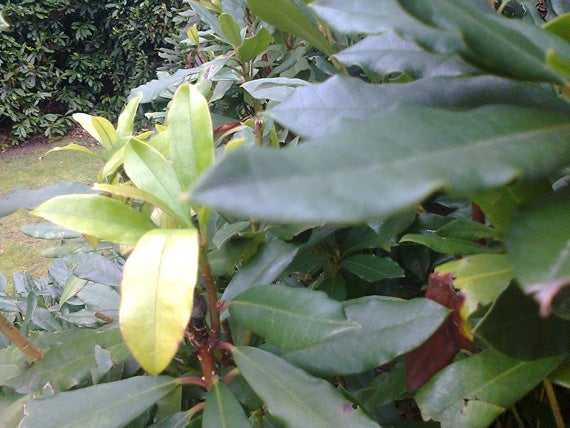 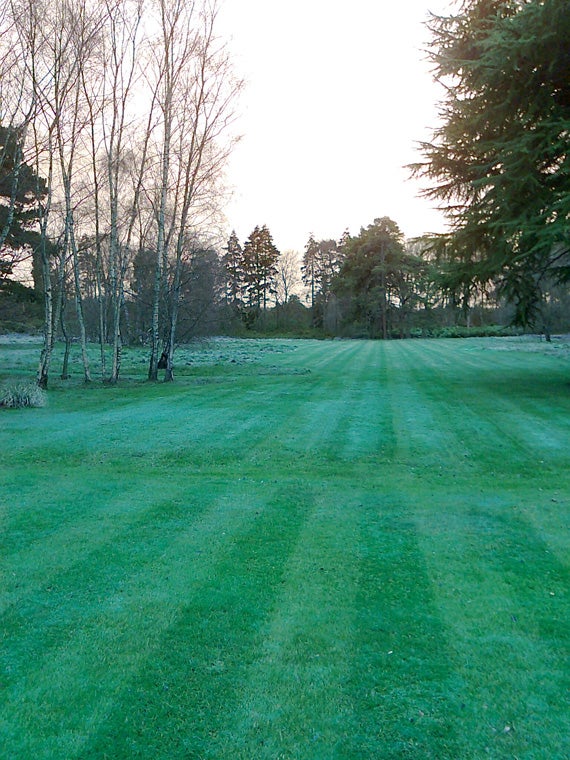 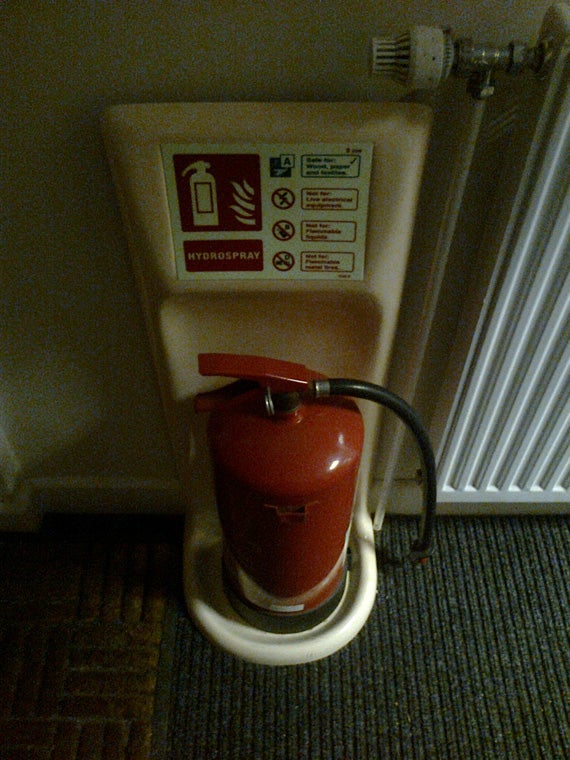