The Nokia C1-02 is Nokia’s latest ultra-budget phone. It boasts few features, but if you need a phone to use and abuse or one whose battery will last longer than the smartphone average of two days, it may be worth a look.


There’s no ceremony to the design of the Nokia C1-02 – even compared with the C1-01 it seems like the vanilla option. We took a look at the black version of the handset, but those looking for a spot of colour may prefer the pink and blue versions Nokia also produces. These coloured editions keep the black main body of the phone though, making do with a coloured backplate and fascia. 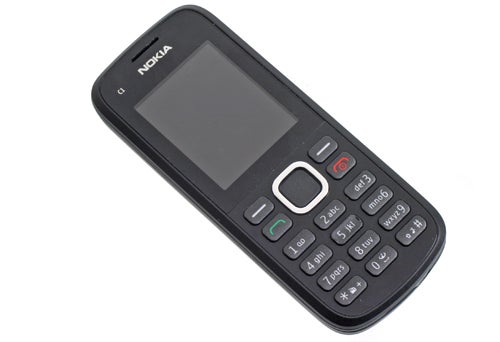 The battery cover makes up the entire back of the phone, and in-common with most budget Nokia phones construction feels solid. With a basic design, all-plastic construction and 77.5g weight though, you’ll have to try pretty hard to convince yourself that this is anything but a budget phone.


There’s a lot to admire about Nokia’s no-nonsense approach to the C1-02 though. It has left the mobile-staple camera out entirely, which would have been borderline useless at this price point. To balance this out, there are a few additions that are left out of many ultra-budget phones. Top of the list is a 3.5mm headphone jack, letting you use your own earphones to listen to music or the FM radio without an adaptor. This is a feature left out of many budget Sony Ericsson rivals, for instance.

Underneath the battery cover there’s a microSD card slot, which supports cards up to 32GB according to Nokia. We didn’t have such a large card to hand to test this out, but the phone had no trouble with card hot-swapping in our tests, re-scanning for music and photos where necessary without a hitch.


On the phone’s side, next to the proprietary charge socket, is a microUSB slot. When connected to a PC, the Nokia C1-02 lets you access your phone’s memory using mass storage mode or through the Ovi Sync software. With no camera on-board this slot won’t be of much use unless you intend to make the phone double as a media player, but it’s a worthwhile addition nevertheless.

There’s no physical volume button, which may irritate those used to being able to thumb a side volume rocker to change media or call volume quickly. Instead, volume is changed using the D-pad that surrounds the main select button on the phone’s front.


Wireless connectivity is very limited. Bluetooth and GPRS mobile internet are in, but the faster EDGE and HSPA “3G” internet capabilities are missing. This is a basic phone, and is not intended as a web surfing tool, even if it is capable of the odd emergency browsing session.

Unlike its C-series brother the C1-01, the Nokia C1-02’s keypad mounts each key discretely – each poking through the hard plastic of the phone’s non-removable fascia. Although arguably less attractive than the C1-01’s approach, this gives the keys very definite contouring that makes texting easy to get to grips with from the off.


The one design quibble we have about the phone’s front buttons is that we occasionally found ourselves accidentally prodding the D-pad alongside the main select button, above the keypad. With a phone this basic though, the effects of doing so are rarely more than a momentary annoyance – it cropped up most often when trying to unlock the phone from standby. 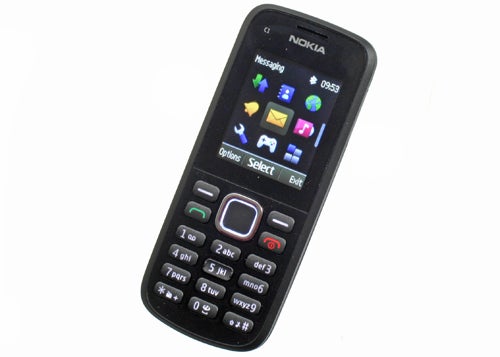 The C1-02 runs a very simple edition of the S40 platform, the poor cousin of Nokia’s long-standing S60 Symbian operating system. It’s much like the proprietary budget solutions offered by the other main mobile manufacturers. Your home screen tells you the time and date, while all other features are accessed using the apps menu, a 3×3 icon grid that’ll seem instantly familiar to any previous Nokia users.


This puts basic functions like messaging, the music player and browser at your fingertips, but additional apps are kept within submenus unlike on a higher-end smartphone device. That the top layer of this interface remains so simple at all times makes the C1-02 a good choice for inexperienced mobile users, or those still adamant that smartphones are for victims of technology or marketing (or technology marketing? – Ed.). 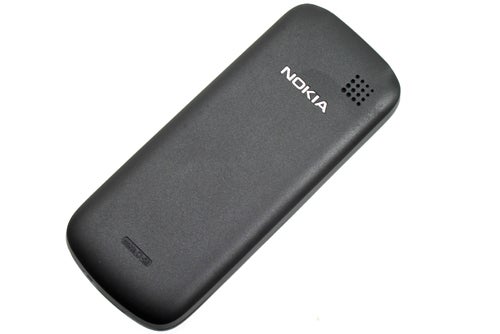 It also helps to minimise the time your eyes have to spend transfixed to the screen, which is a good thing because the C1-02’s display isn’t pretty. At 1.8in and 128×160 pixels, it’s small but that’s not the screen’s main issue. The low quality of the LCD means that its contrast and colour shift significantly as soon as the handset is tilted even slightly. What’s on-screen is still fairly easily visible in normal usage, but it’s much less easy on the eye than a higher-quality panel. This effect also afflicts other budget phones, like the Sony Ericsson W205.


As with the phone’s aesthetic design and lack of camera, nothing about the phone’s screen is trying to rise above its ultra-budget station. Whether that’s a problem or not depends on how cheap a deal you can get on the C1-02. Much better-quality screens can be had once you skip above the Â£40-mark, and while this phone isn’t even available below this price yet, we’re sure it will be soon.

Delve below the top layer of the Nokia C1-02’s interface and you’ll find a selection of apps pre-installed. Besides the now-obligatory alarm clock, media player and calculator, there’s a stopwatch, to-do list, note taker, world clock, unit converter and – our surprise pick of the week – a full expenses manager. Like the phone itself, these apps are functional but ugly – and slow to load too. If apps are a concern though, you should be looking at spending more than Â£30 on a phone. 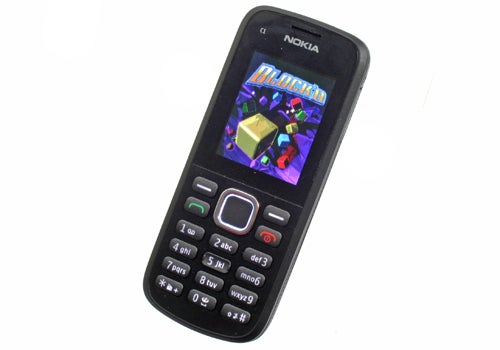 Three games are included on top, a puzzler, pinball game and Sudoku, but you’ll have to make do with this spread of apps and games. A trip to the Nokia web portal directs you only towards ringtones, not more apps.


Call quality is reasonable, if a little quiet and scratchy-sounding, and without any fancy tech to drain the battery – beyond Bluetooth – the battery should last for up to a week. After the C1-02 got the basics down, we were disappointed to hear the mediocre audio quality produced through the 3.5mm jack. It’ll suffice for the odd bout of radio-listening when your MP3 player’s run out of battery, but tunes sound thin and weak when played through this phone. 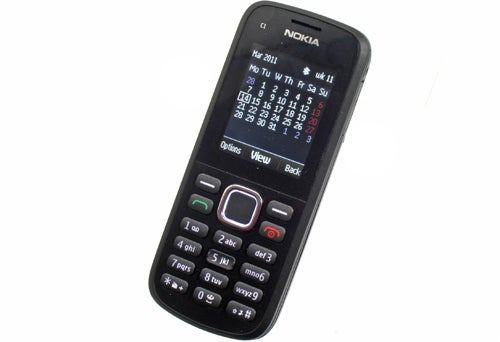 At the time of writing, the Nokia C1-02 is not yet widely available in the UK, but will retail for around Â£30. It’s hard to do a phone down on value when it sells so cheap, but do bear in mind that you’re paying a slight premium for the Nokia name, and perhaps slightly increased build quality. Alcatel’s low-end phones are far more cut-throat in their pricing – the bare-bones OT 209 is available for as little as Â£2.95 when you buy some top-up credit – and Vodafone’s range of ultra-budget handsets offer very similar fare to the Nokia C1-02, but for slightly less money.

Solid, reliable and easy-to-use, the Nokia C1-02 is a safe budget bet. The screen’s poor, there’s no camera and it’s not much cop as a music player, but if a simple reasonably sturdy emergency-use phone’s what you’re after, this is it. 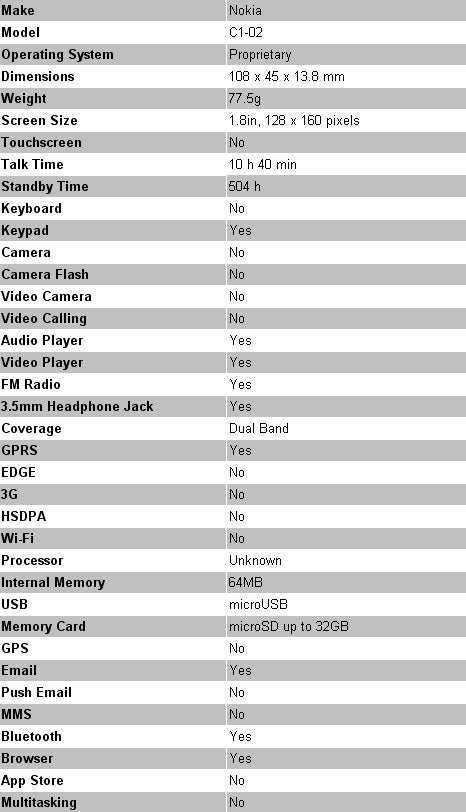