Introduction
With budget Android handsets now available for as little as £70 on Pay As You Go, is anyone really interested in cheap as chips, non-Android smartphones? Nokia certainly seems to think so, as this is exactly the type of handset that the Nokia Asha 311 will be competing against for your attention.

Like all of the phones in Nokia’s Asha range the 311 runs on the company’s Series 40 operating system. Unlike its Symbian siblings, however, the Nokia Asha 311eschews the keypads and keyboards found on most Asha models in favour of a touchscreen interface that dominates the phone’s front panel. The question is, can a Series 40 powered phone really deliver an experience that rivals what you get on budget Android phones? 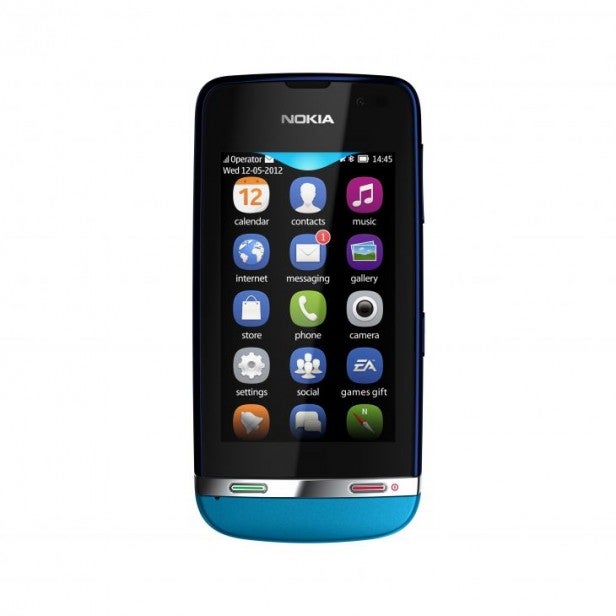 Design
Despite its 3.0-inch display lining up considerably smaller than many of the latest Android or Windows Phone handsets on the market, the Asha 311 looks pretty much like any other touchscreen smartphone when you take it out of the box. Beneath the touchscreen there are just two buttons that are used for call handling as well as moving through the menus. The red hang up button doubles up as the back button, for example. The right hand edge of the phone is also home to a volume rocker switch as well as a lock button, and that’s your lot as far as physical controls are concerned. All other aspects of the phone are controlled via its capacitive touchscreen.

Naturally the Nokia Asha 311 has a standard headphone jack which is sensibly placed on the top edge, and here you’ll also find both the microUSB port and Nokia’s mini charging socket. The charger that comes in the box uses this mini charging port, but the phone can also be charged via its microUSB port if required. 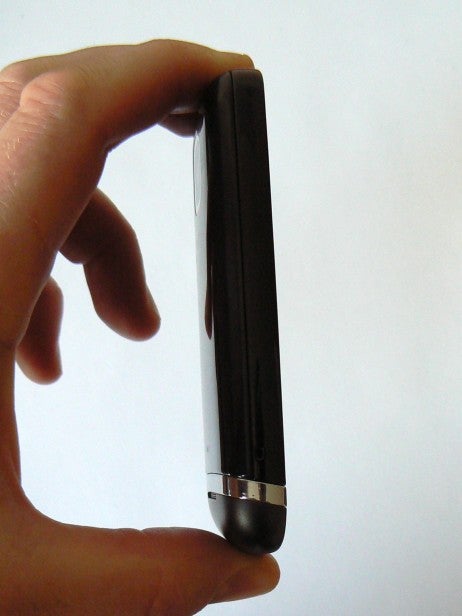 The body of the Nokia Asha 311 is made entire from plastic and lacks the premium feel of Nokia’s high end models such as the Windows Phone filled Nokia Lumia 800. However, the chassis doesn’t really twist or flex much when you apply pressure to it and overall it comes across as being quite sturdy when you hold it in your hand. It’s not the most stylish looking handset Nokia has produced, but the combination of its smaller size and the curved battery cover on the rear make it feel very comfortable to hold. 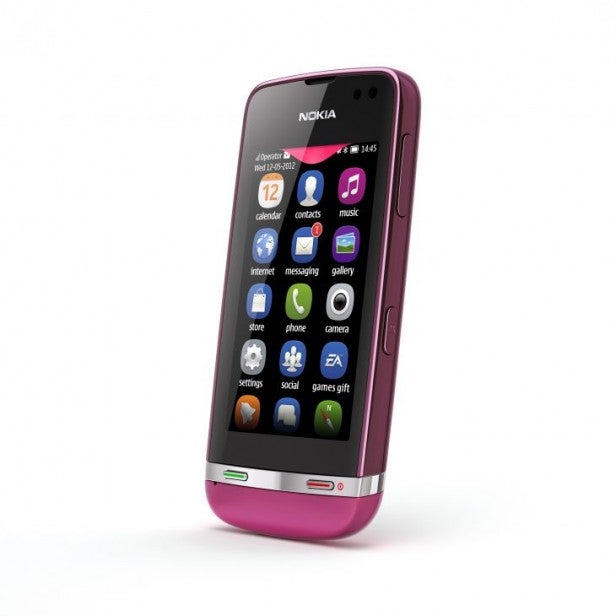 Processor and Memory
Powered by the same 1GHz Arm 11 chip used within the recently reviewed Nokia Asha 302, the Nokia Asha 311 has 128MB of RAM to play with alongside  256MB of ROM, of which around 120MB is free for you to use. Although playing host to a fairly limited amount of internal storage, the Nokia Asha 311, like many of its rivals can be expanded through the use of the integrated microSD Card slot. The budget handset accepts cards up to 32GB in size.

Sadly, and slightly annoying, in a design faux pas, the microSD card slot sits under the battery so you have to remove the battery to swap cards. On the plus side, Nokia includes a 2GB card as part of the package, giving you a decent amount of space to store your music tracks, photos and videos clips. On the connectivity front it supports 3G as well as Wi-Fi and Bluetooth, but sadly GPS doesn’t make an appearance.

Specs
As you would expect, the Nokia Asha 311 is driven primarily via its touchscreen. This is pretty small, measuring just 3.0-inches across the diagonal and its resolution is quite low too at just 240 x 400 pixels. That said, the small size of the display does mean that the pixels are quite tightly packed together making it looks a little bit sharper than you’d expect. The display is bright and its viewing angles are quite wide, and this combined with its vibrant colours make it quite good by budget phone standards. However, the lower resolution does hamper some apps, such as the web browser and Facebook, simply because it means the display can’t show that much information in one go. 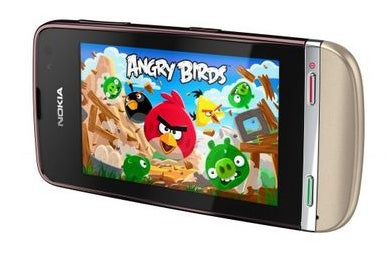 Operating System
Running on Nokia’s Series 40 operating system, the Nokia Asha 311 is actually the first phone we’ve seen that uses the new Full Touch version of the OS. Essentially this adds a new user interface over the top of Series 40 system that has been designed from the ground up for touch input.  A lot of its design makes it feel like a cut down version of Android. For example, if you slide your finger down from the top of the screen it opens a drop down notification window where you can turn mobile data on and off, access Wi-Fi and Bluetooth settings or change the phone’s profile. You can also play music tracks from here, call a number or start writing text messages.

There’s no homescreen as such. Instead all your apps are listed in an app launcher that scrolls from top to bottom. You can also swipe to the right from here to access the dialler, while swiping left shows you to a grid of eight shortcuts for launching applications, such as the web browser, Nokia Maps or the Social app.

It’s a pretty neat system that’s actually a good deal more intuitive to use than the standard Series 40 user interface.  It still does suffer from slightly too many notification screens – for example, before you set your connection choice as default, it asks you whether to grant data access every time you open an app, which is annoying. 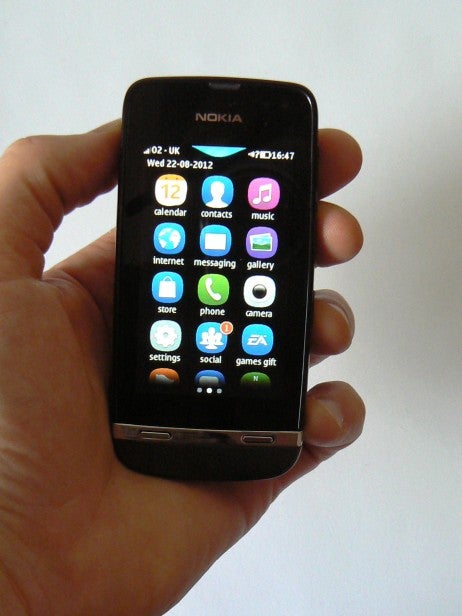 Further adding to the user expereince Nokia has preloaded the Asha 311 with a number of apps. For example, its Social app is where you can access your Facebook, Twitter and Flickr accounts, the Chat app supports communications across Facebook, Google Talk, MSN Messenger, Yahoo and Nokia Chat, and there are also a few games included, such as the first level of Angry Birds. Nokia has also added its Nokia Maps application. However, as the phone doesn’t have GPS it has to use mobile triangulation to work out your rough location.

Further let down by its lack of support for voice guided navigation, the Nokia Asha 311’s mapping ability is bolstered slightly by its ability to allow you to plan basic routes that are less than 10km in distance.  There’s an on-phone app store too, but the range and quality of the apps is a bit limited, especially compared to what’s available on Android phones. Nevertheless, the phone does come with what Nokia calls a ‘Games Gift’. This allows you to download up to 40 EA games from the app store for free. The games are very basic, Java games, though, so their appeal is a bit limited. 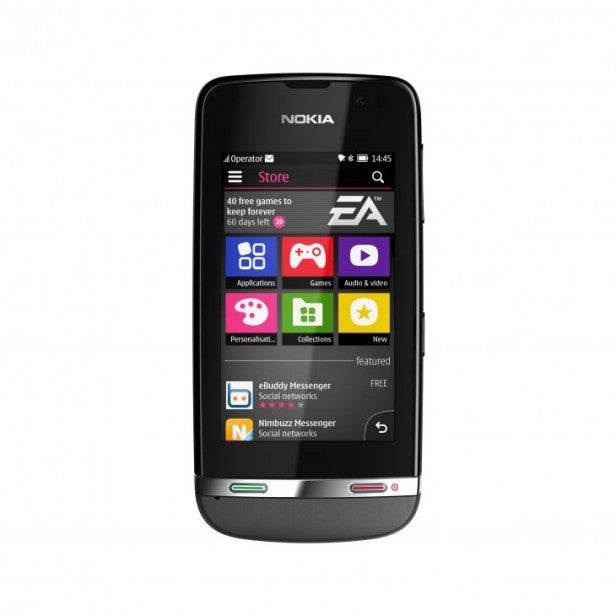 Sadly there are still a few other issues with the Nokia Asha 311 as well. Whilst the browser isn’t great, it just about gets the job done, but no more. For example, there are only really two zoom levels – a fully zoomed out overview and a zoomed in reading style view. Jumping between the two is quite jarring and can make it a bit difficult to zoom to a specific spot on the page that you want to read.  The browser isn’t particularly quick either, taking quite a while to render more complex pages, even when working over Wi-Fi. Also, the scrolling in the app launcher isn’t particularly smooth and some of the menus work in a slightly strange way. For example, a lot of the time you have to select options in pop-up menus and then tap on a tick at the top of the menu to action the command, which is quite different to how most other touchscreen operating systems work and takes a bit of getting used to. Also, it lacks multitasking capabilities, so you can’t swap between apps quickly. You have to exit and reload another app every time.

On the plus side the onboard music player is pretty good, showing album art while your songs are playing. There’s also an FM tuner integrated into the phone and Nokia has added an internet radio app too, but the supplied headphones are cheap and nasty, which isn’t really too much of a surprise at this price point.

The 3.2-megapixel camera takes only passable shots. They’re fine for uploading to social networking sites, but the quality really isn’t good enough for much more than that as detail levels are smudgy, it struggles with tricky lighting conditions and colours tend to look dark and muted. There’s also a video mode, but this takes quite jerky looking video at low frame rates, so isn’t much cop either. 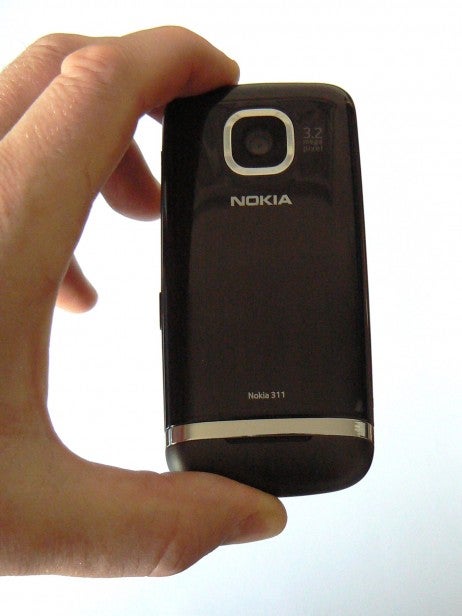 Although call quality was a bit hit and miss, as there were times when callers didn’t sound that clear despite the phone having good signal quality, battery life is good – we got around two days out of the phone before it needed a recharge.

Verdict
We really didn’t expect all that much from the Nokia Asha 311. After all, the other Asha handsets that we’ve looked at have been pretty mediocre. However, despite some weaknesses, such as the lack of GPS and basic web browser, it’s a surprisingly strong feature phone, quite speedy to use, has a pretty intuitive user interface and long battery life. Still, as with a lot of recent Nokia handsets, when put next to the likes of the Huawei Ascend G300 it looks very basic, as that model has a much larger screen, GPS and the infinitely superior Android web browser. 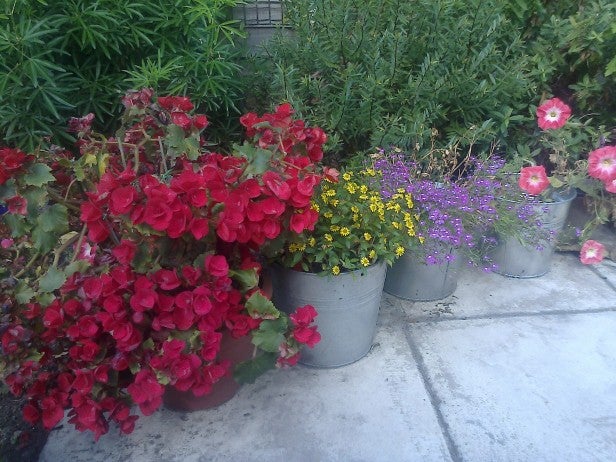 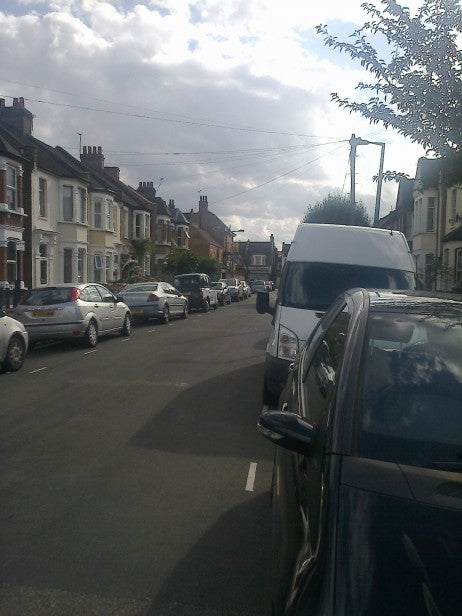 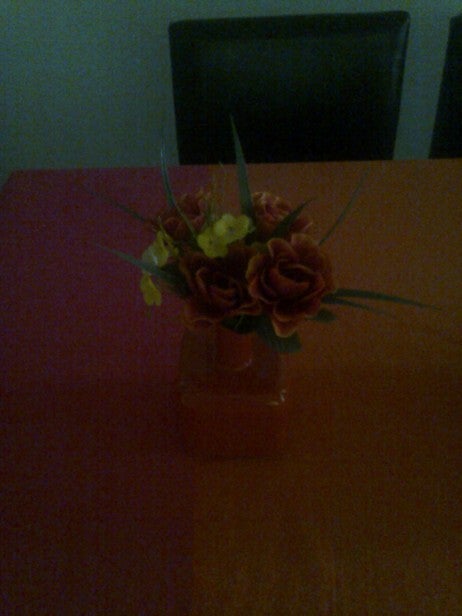