Introduction
If you like messaging style handsets and don’t have a great deal of wonga to drop on your phone, then the Nokia Asha 302 may be the handset for you. It’s got a full QWERTY keyboard, runs Nokia’s S40 operating system, has a 1Ghz processor and can be yours for free on a £15 a month contract from Three or for £90 on pay as you go. 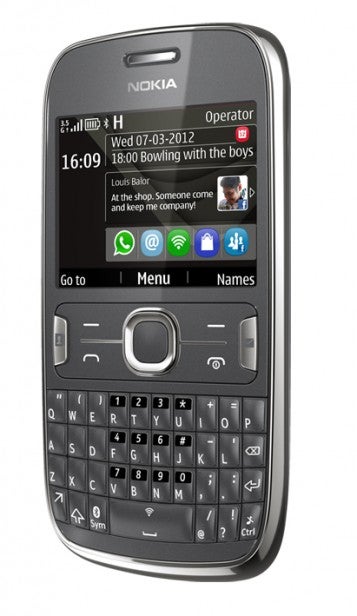 The Asha 302 may have a budget price tag, but its design and build quality is a lot closer to the pricier E series messaging phone’s that Nokia used to target the corporate market with a few years ago, such as the popular E71 and its follow up the E72. It shares many of the same design features including a slick chrome band that runs around the outer edge of the handset, a sturdy metal battery cover and the bubble shaped keys that make the keyboard on the E71 so nice to use. It feels quite well bolted together when you hold it in your hand, so we’d imagine it’d stand up pretty well to being accidentally dropped a few times. 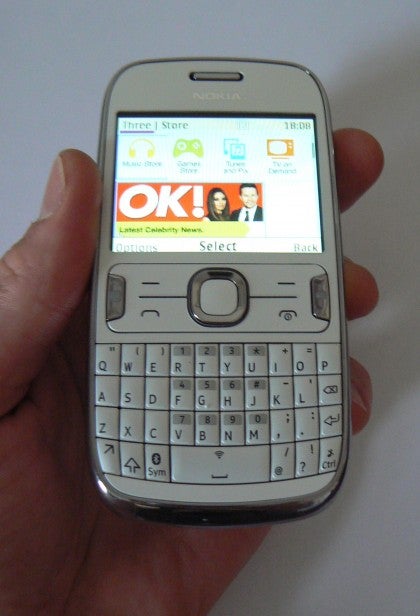 Naturally there’s a standard headphone jack at the top of the phone and next to this is a micro charging socket and a microUSB port. The charger that ships with the phone in the box uses the micro charging socket (which is a bit annoying), but the phone can also be charged via microUSB.  Take off the battery cover on the back and you’ll find the removable battery, while the microSD card slot is accessible via a plastic flap on the left hand edge. The slot can accept cards of up to 32GB in size. If you want to store lots of music, photos or videos on your phone you’ll need to invest in a memory card as out of the box there’s only around 100MB of storage space free on the phone itself.

Obviously key to any messaging handset is the quality of its keyboard and thankfully Nokia has largely got things right with the one on the Asha 302. The keys use the same bubble style design as the older E71 handset, which is a positive in our book. Despite being quite closely packed together the largish surface area of each key makes them fairly easily to accurately hit when you’re tapping out messages at speed. The keys have a bit of give too, so they feel responsive under your fingers or thumbs. Nokia has also done a good job on the layout – commonly used punctuation marks are on dedicated keys so you don’t find yourself having to use the Shift or Alt keys all the time to get at them 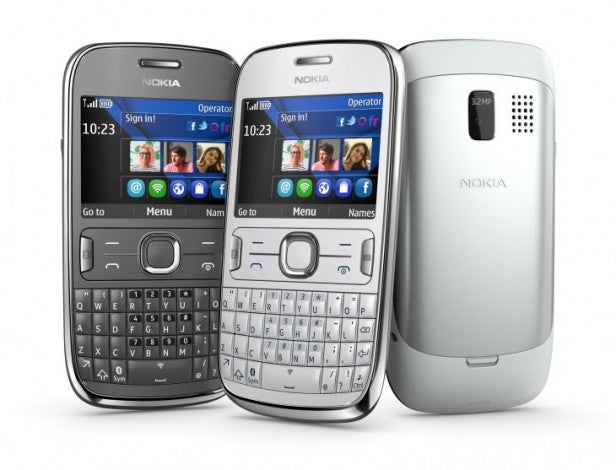 The keyboard may be good, but the screen is more problematic. It’s quite small, measuring a mere 2.4inches across the diagonal, but worse is that the resolution is low at just 240×320 pixels.  It’s not a touchscreen either, so you have the control all of the phone’s features via the d-pad or using keyboard shortcuts. The screen is OK to use for simple stuff like reading emails, but it’s quite frustrating to use for other stuff like browsing websites or accessing Facebook. For example, you’ll find that you have to do an awful lot of scrolling just to read a pretty short article online.

The Nokia Asha 302 is powered by a 1Ghz ARM 11 processor with 128Mb of Ram to help it along. This is actually quite a beefy specification for a handset that runs Nokia’s S40 OS. The menus are zippy and apps load quite quickly by S40 standards. 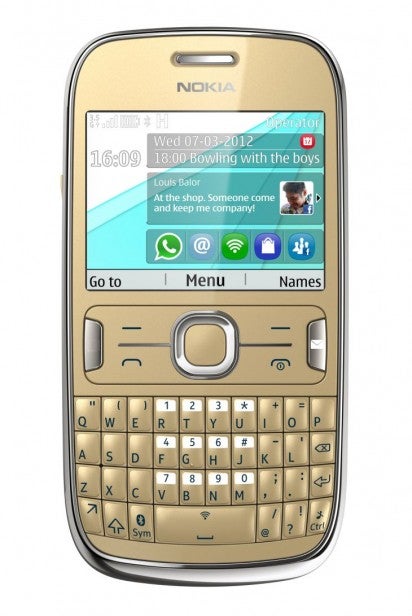 The handset also has both 3G and Wi-Fi onboard – two things missing from the cheaper Asha 201 (https://www.trustedreviews.com/nokia-asha-201_Mobile-Phone_review) That said, web browsing feels a bit sluggish on the phone compared to budget Android devices.  The S40 OS is also a long way off the slickness or complexity of Android. If you’re used to S40 then you’ll find that it runs nicely on this handset, but we think new comers will find it fiddly and annoying to use. Nevertheless, Nokia is still hanging in there with it and persevering with some development. For example, this phone supports Mail for Exchange.

There are quite a few apps preloaded including a Social one covering social networking sites such as Facebook, Twitter and Flickr. Nokia’ Messaging Service is naturally also including and WhatsApp Messenger is present too. You can download extra apps from Nokia’s app store, but the shelves are pretty bare and nowhere near as well stocked as Google Play, for example. 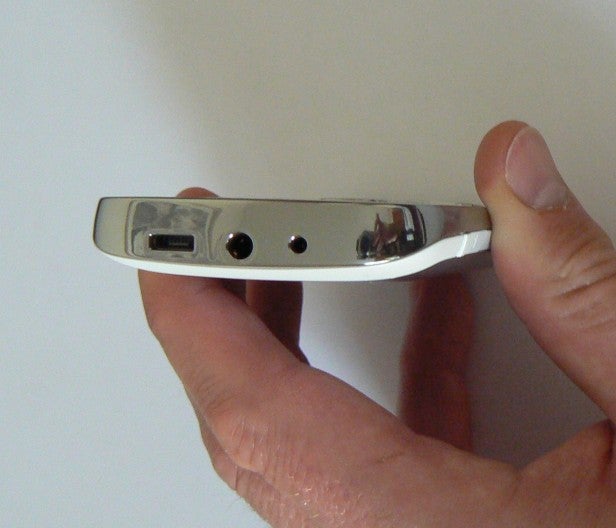 There’s a 3.2mgapxie shooter on the rear of the phone, but the shots it produces aren’t great. It generally does a poor job of handling exposure and photos lack detail and so look quite soft. Its video performance isn’t great, either as videos can only have a maximum resolution of 640×480 pixels.

Nokia phones are generally pretty strong when it comes to call quality and thankfully the Asha 302 is no different in this regard delivering clean and clear speech from both the microphone and the earpiece. The hands free feature works quite well too and is reasonably loud. 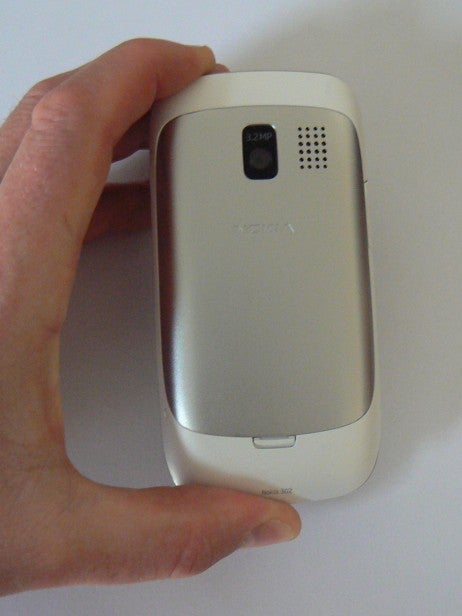 Given the phone’s modest specification and small screen size we expected it to be a pretty good performer when it came to battery life. It didn’t disappoint as we managed to get around two days of moderate usage out of it before it needed a recharge.

Verdict
All in all, the Asha 302 is neat little messaging phone that feels well built, has a good keyboard and decent range of features. However, its small screen makes web browsing a bit of a chore and for a similar price you can now get entry level Android handsets that are arguably easier and more fun to use. 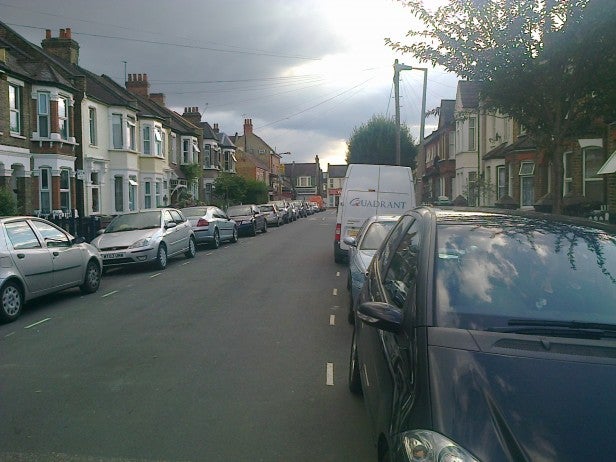 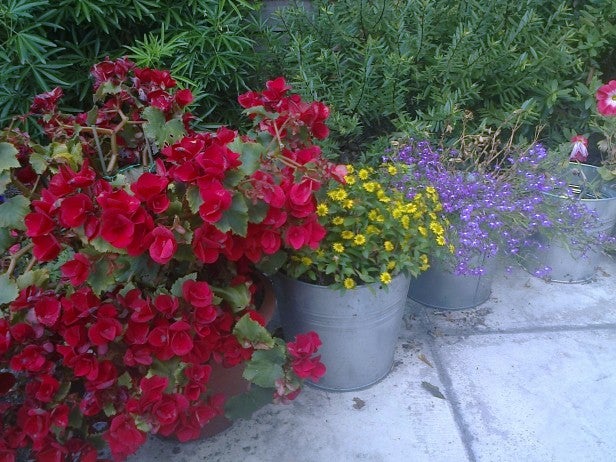 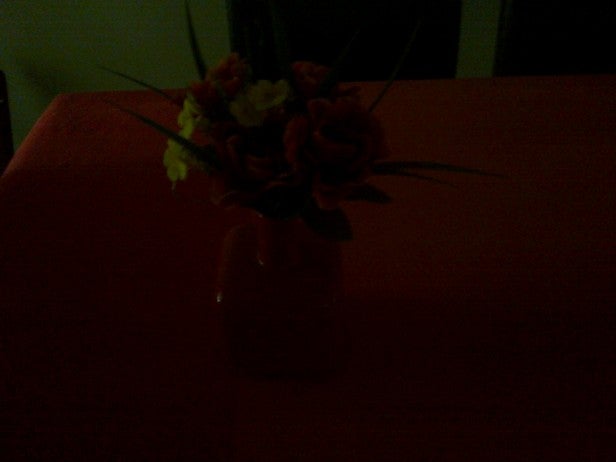