It was nearly ten years ago that Nokia first released its groundbreaking Communicator. Back then, mobile phones were a new thing, most weren’t that slim or sleek and did only one thing.


When the original Nokia 9000 came along it broke new ground. It let you connect to the Internet, send and receive email and faxes and even make telephone calls. And, surprisingly you didn’t need a suitcase full of batteries to make it work.


Nearly ten years later and the concept is no longer unique. Pretty much every phone you can think of is capable of doing the sort of job the 9000 was first designed to do – apart from, maybe, sending faxes – plus a whole lot more. You can take pictures with today’s phones, make video calls, and even watch the football highlights if that’s your thing. 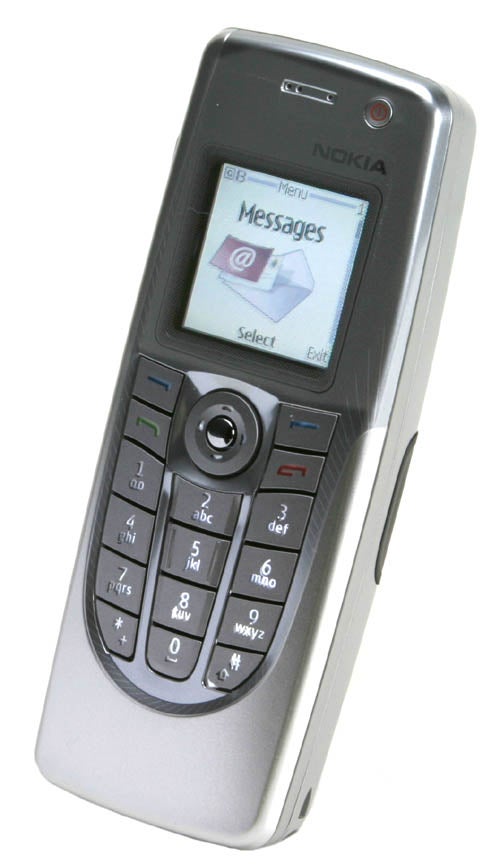 Incredibly, though, in the face of all of this competition, the Communicator is still going strong and is now a well-established player in the smart phone market. There are two models in the range now – there’s the ‘basic’ 9300 we’re reviewing here, plus the 9500 Communicator, which adds more bells and whistles.


You might have thought that Nokia would have taken the opportunity to pack even its more basic smart phone with features in a bid to keep up with the mobile Joneses, but far from it. If you’re after designer chic you won’t get it here. If you want something small and light go buy a Razr. If you want to take pictures buy a digital camera. The 9300 is unashamedly a business tool and concentrates on that to the exclusion of all else. 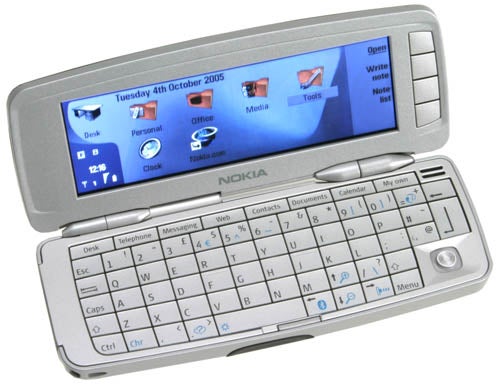 An admirable approach, but in some respects Nokia has taken it a little too far with the 9300. There’s no vibrate function, for instance, a feature you’ll miss in the office and meetings and when you’ve got the phone stashed deep inside a pocket.


It’s not pretty either, but at least the 9300 is still reasonably compact for what it is. This is Nokia’s most elegant Communicator design so far, and is a lot more pocketable than previous editions. In fact it’s not that much larger than Nokia’s venerable business phone – the sturdy old 6310 when folded up. It compares favourably to the current smart phone crop too, and it feels like you’re using a proper phone when making voice calls rather than clamping a PDA to the side of your head.

Apart from shrinking a good deal and adding various bits of new technology, though, the 9300 follows a design pattern that has hardly changed since the original was released and in general that’s no bad thing. Flip the clamshell open and you’re presented with a full width QWERTY keyboard, complete with two shift keys, a space bar and number keys running along the top. There’s space for a set of shortcut function keys above this and, ranged along the right hand edge of the screen, there’s a series of buttons for context-sensitive operations.


Now although you won’t be wanting to write the works of Shakespeare on this keyboard, it is good enough to beat T9 texting hands down when tackled with a pair of thumbs, and much less fiddly than smaller keyboards on other devices such as a BlackBerry. If you’re one of those people who just can’t stand not adding the correct punctuation to messages and for some reason can’t bring yourself to use textese, it’s a godsend. With a bit of practice you’ll be typing away at a fair rate of knots.

To the bottom right of the keyboard sits a tiny joystick, which is used to control the mouse cursor. If you’ve ever used one of the TrackPoints favoured by IBM ThinkPads you’ll be right at home here. Its clickability, however, turns selecting text on web pages from simple into a task of Krypton Factor proportions.


The 640 x 200 resolution screen above the keyboard is impressive. It’s not touch sensitive, so needs no overlay and, consequently, it’s very easy to read. Want to check your email while sat outside enjoying a pint in the sun? You won’t have any problems here. It’s not over reflective and is quite readable in bright conditions. 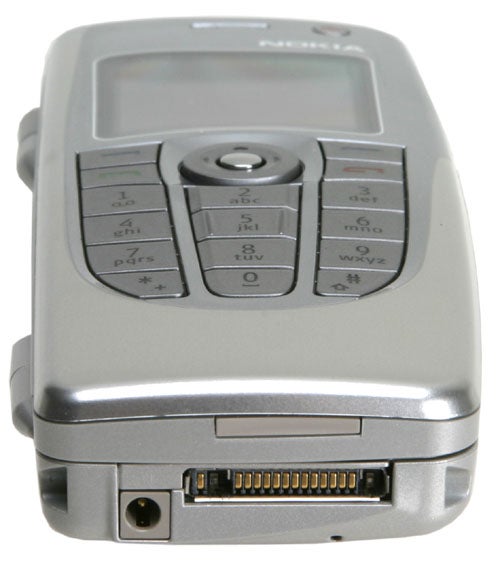 Of course all of this hardware is designed to make communication easier and to this end you get a tri-band phone with Bluetooth, a built-in speaker phone and conference calling capability plus a class 10 GPRS connection (with EDGE) to the Internet. The latter is slow, but workable as long as you stick to websites of simple design. On top of this pretty much every form of messaging connectivity you can think of is catered for from POP3 and IMAP4 through to BlackBerry Connect and, yes, it can still receive faxes.

On the software front, the phone features all the office apps you’d expect of a corporate smart phone. There’s a word processor, spreadsheet application, calendar software, presentation software that lets you create as well as read presentation files, a tool for reading PDFs and, in a brief attempt at competing with all-singing-and-dancing mainstream phones, a version of RealPlayer for movie clips and a music player for your MP3 files. Unfortunately, unless you shell out a bit extra, you’ll be stuck listening to these in glorious mono since there’s no standard 3.5mm headphone socket and the only earpiece supplied with the 9300 is of the one-sided type. 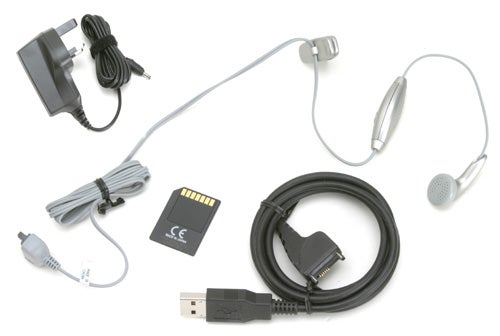 Finally, there’s plenty of memory for storing all of your music, presentations, documents and contacts: the 9300 is equipped with a whopping 80MB built-in and you can install even more – up to a maximum of 2GB – using the phone’s MMC slot. Oh, and by the way, the lithium polymer battery is good for at least three days texting, talking and moderate web browsing – a manufacturer quoted three to seven hours talk time and 150 to 200 hours standby.


Our review unit was supplied to us by Orange, and the colourful network operator is offering the 9300 as a business tool, under its business tariffs. However, after a bit of snooping around the Internet, we found that Direct Mobile Phones is offering the device on pretty much any tariff. That said, as you can tell from this review, we agree with Orange’s assessment that the 9300 is a business tool. With this in mind we’ve evaluated the 9300 in conjunction with the Orange Premier 600 business tariff, which gives you 600 inclusive minutes of talk time a month for £55 – the handset is then thrown in for free. If you wanted to buy the 9300 without a contract you’d be looking at close to £400, but to be honest, this isn’t the type of handset that’s designed for personal use, and if you’re a business user, you’ll be looking for a business tariff. 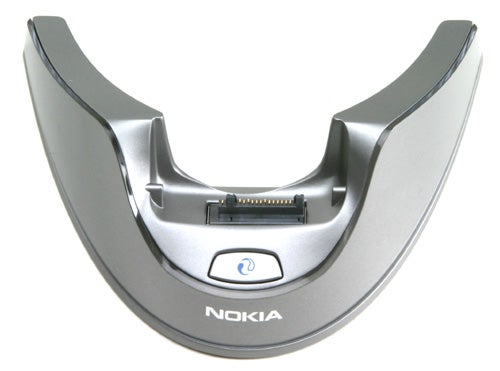 
Despite all of the goodies, the QWERTY keyboard and the comprehensive messaging support, Nokia’s 9300 Smartphone will never be, let’s face it, the sort of thing you’re going to see kids walking down the street texting their mates on. It’s far too staid, boring and corporate for that. There’s no camera, no fancy vibrating ringtones and with the clamshell shut it looks like a throwback to the corporate phones of three or four years ago.


So it’s neither cool to look at, nor sleek and sexy and manages to feel rather old-fashioned but perhaps, after all, that’s good thing. Because if what you’re after is a mobile workstation that gives you web browsing, email, and phone capabilities in one device the 9300 provides it in an unfussy and usable package.