It might not be as iconic as the 3310, but the 8110 certainly leaves less of a sour cash-grab taste in my mouth. This has a few features that could genuinely make it a decent secondary phone, plus the design will bring a smile to your face.

Nokia 8110 hands-on – The Matrix phone has been reloaded

The Nokia 3310 took MWC 2017 by storm, even though it was a clear marketing ploy. The company told me it has sold a lot of those phones, and this year at MWC 2018 it’s following it up with another reworked classic: the Nokia 8110.

You’ll be able to pick up the Nokia 8110 for around €79 when it ships in May. Nokia hasn’t confirmed UK or US pricing.

I have to admit that I don’t feel any nostalgia or fondness for the 8110. That’s probably down to the fact that it launched in 1996 and I hadn’t even started school then. When I asked the rest of the Trusted Reviews team about the device, they responded with equal ambivalence. The single memory being that it featured in the original The Matrix film. 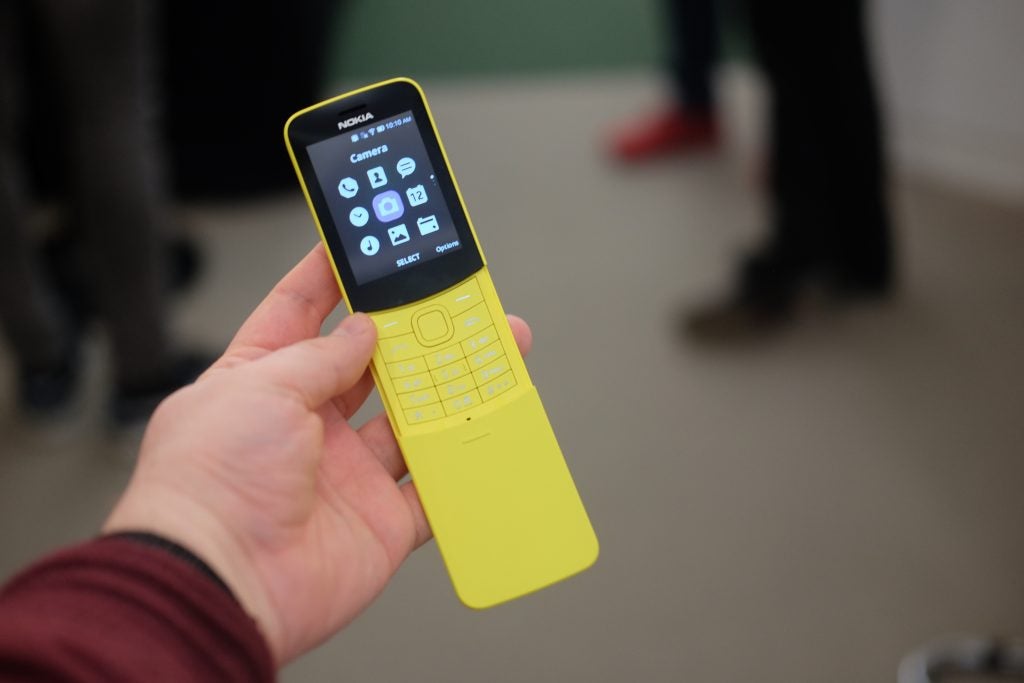 It might not be as iconic as the 3310, but it certainly has a quirky design. It looks like a banana, especially in the bright yellow colour I  was shown. The phone curves, with the keyboard hidden behind a retro sliding cover. I haven’t seen anything like this in years; it did make me smile.

Unlike last year’s Nokia 3310, the 8110 feels a little more feature-packed. It has Wi-Fi, basic app support and 4G. However, this is still very much a ‘feature phone’, so don’t expect it to come running Android or offering access to the Google Play store. Nokia reps stated that you’ll be able download a Facebook app, and hopefully more in the future.

The screen measures 2.4 inches, there’s 512MB of RAM, a camera on the rear, and it can be used as a 4G hotspot for other devices. But, really, specs don’t matter here. This isn’t a device most of us would buy as a main phone; it’s more likely to be a secondary phone purchase for festivals. 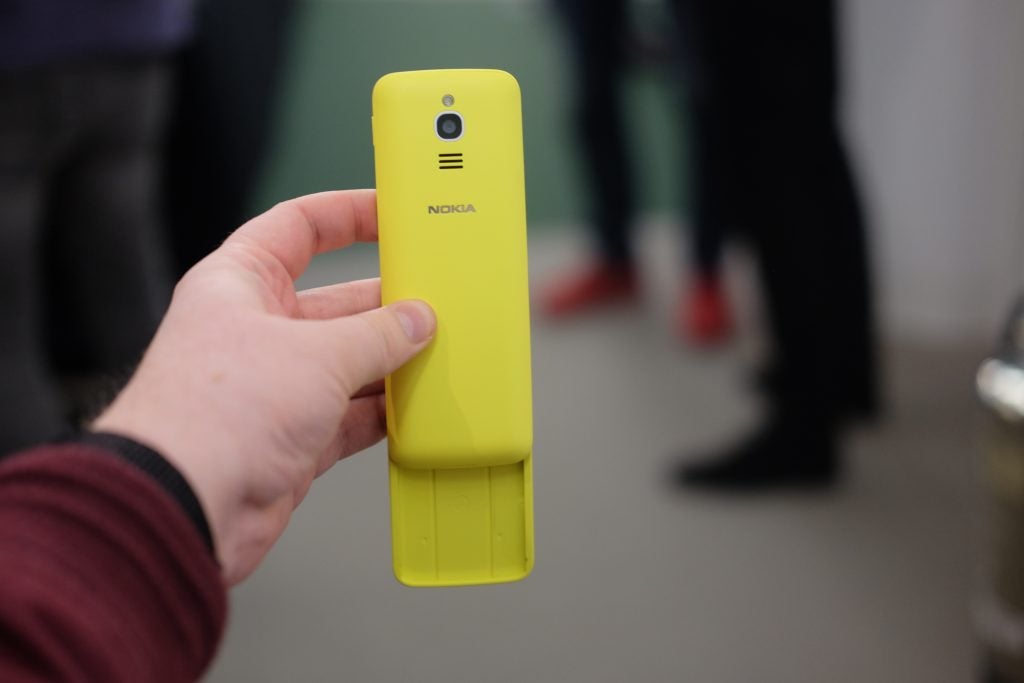 The one spec that puts modern smartphones to shame is the battery life, however. Nokia said it should last 20 days on a single charge, and will last through a single eight-hour phone call. Can your iPhone X do that?