Some people have been waiting an awful long time for Nokia to make an Android phone.

Nokia once famously eschewed Google’s world-striding OS and went all-in with Microsoft in a bid to make Windows Phone the third major mobile OS. It’s a decision the company would come to regret, and it explains why we’re only now seeing what a Nokia Android phone looks like.

So how does it feel using an Android-powered Nokia flagship? Pretty normal, actually,.

Nokia has gone with an extremely faithful version of Android 7.1.1, with minimal embellishments. It’s even resisted the urge to supply its own email, calendar, messaging and caller apps in favour of Google’s own default examples. I can think of a few major manufacturers who could learn from such restraint. 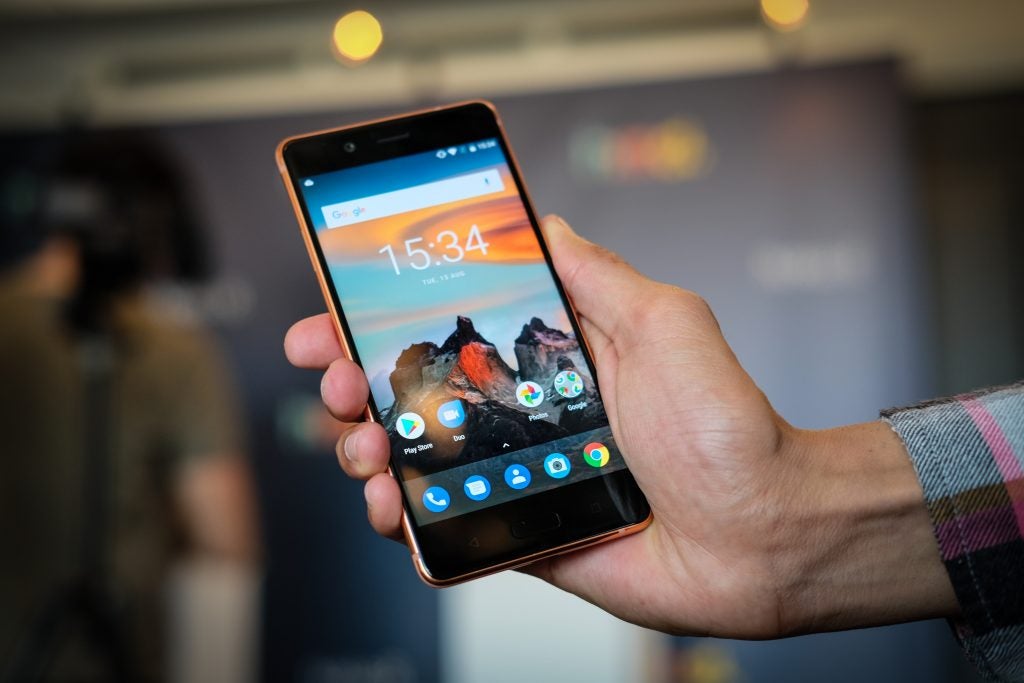 Of course, the danger of this approach is that a phone can feel a little generic or anonymous. It certainly doesn’t help with the ‘me too’ feeling that the Nokia 8’s design evokes.

But I’d always take a clean and functional UI over gimmicky widgets and tasteless, sluggish menu reskins. More often than not, that requires a near-stock Android approach, and Nokia has evidently learned from Motorola on this front.

So, you get a recognisable drag-down notification menu and an unembellished multitasking menu right where they ought to be, and there’s an untouched all-white app tray available through an upward drag from the bottom of the homescreen.

Google Now sits to the left of the first homescreen, rather than some superfluous news aggregation service, and the Google Assistant is only a long-press of the home button away.

Nokia hasn’t completely abandoned its software efforts, though. There’s the aforementioned Glance screen, of course, and you also get tasteful home-grown apps for Support and Wallpapers.

There’s a small bundle of pre-installed apps including music streaming service Deezer, Amazon Prime Now and eBay. This will be slightly irritating if you don’t use any of those services, but all can be uninstalled.

I experienced one weird crash-and-restart in a week of usage, but generally the Nokia 8 proved very smooth and stable.

However, one weird anomaly was that the Gmail app icon permanently showed that I had 280 unread emails when I actually had none. As someone with a severe case of notification OCD, this was a constant source of irritation, but it’s a relatively minor glitch that will no doubt be fixed through an update. 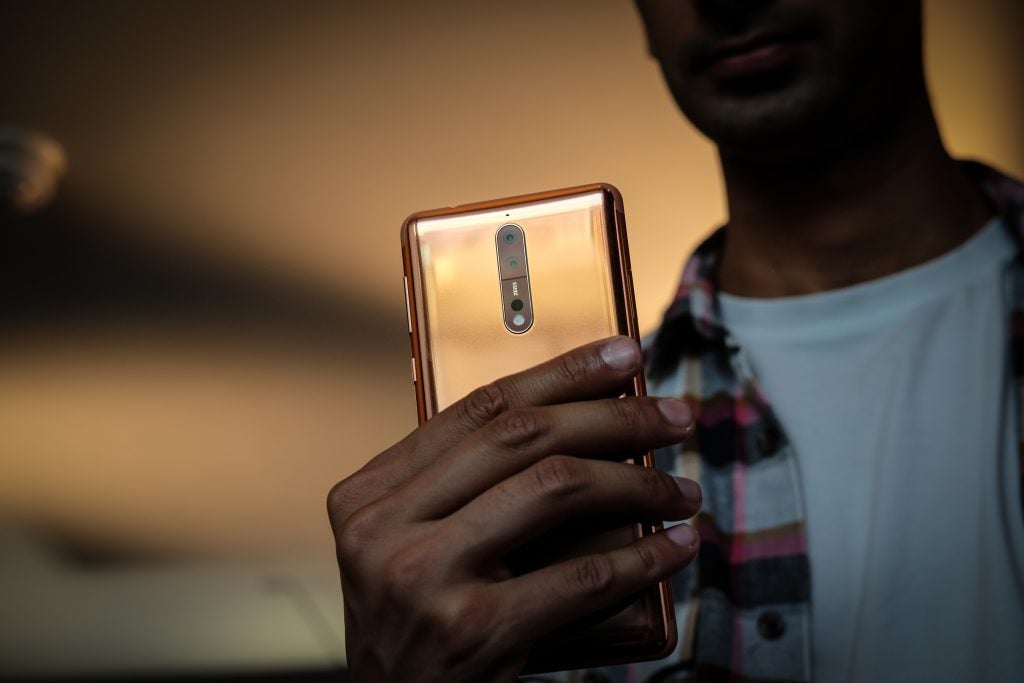 Before Nokia exited the smartphone business several years ago, it had one notable field of hardware expertise. It made really good, forward-thinking camera-phones at a time when Apple was only just starting to get its photographic act together.

You could say that there’s a fair amount of expectation surrounding the Nokia 8’s camera capabilities, then.

However, while the back of the phone reveals the reassuring use of Carl Zeiss optics – just like all the best Nokia camera-phones of old – I highly doubt the Nokia 8 is going to be seen as the Nokia 808 PureView of its time.

Its dual 13-megapixel camera setup is capable of taking reasonably well-balanced pictures, but it’s a considerable way short of the very best.

In particular, I found the autofocus to be a little slow and unreliable, frequently necessitating a tap on my intended target. It struggled with extreme close-ups, too.

The auto-HDR mode is also a little ineffectual. On too many occasions the pictures I shot displayed blown-out areas, such as the sky in the background or light streaming through a nearby window onto a subject.

When I forced the Nokia 8 to use HDR through the UI, it yielded improved – if not perfect – results, so it isn’t as if the camera can’t handle extremes of light. The software side of things just feels a little under-baked – something that’s also seen in a slightly convoluted UI.

That dual-sensor setup isn’t the same as the iPhone 8 Plus or the OnePlus 5, which employs a completely different focal length for a physical zoom effect. Rather, this is akin to the Huawei P10 approach, with the second camera taking monochrome pictures. This is supposed to improve detail and boost low-light performance, but I can’t say that the Nokia 8 is a stand-out performer in either regard.

It varied from shot to shot, but in general I was more pleased with the pictures I obtained from the main camera of the OnePlus 5, which is hardly a photographic big-hitter itself.

The main area Nokia seems to be focusing on in its marketing material for the Nokia 8 is its front-facing camera. Its sharper-than-average 13-megapixel sensor matches that of the rear camera, and that’s because the two are intended to be used together in something Nokia calls ‘Dual Sight’ mode.

This involves using both the front and rear cameras simultaneously to capture ‘bothies’ – a groan-worthy Nokia term that means a picture that splices a regular picture with one of the taker.

Other manufacturers such as Samsung and LG have tried a similar mode in previous phones to no great take-up, and I remain unconvinced that the bothie is set to become the next selfie. It simply lacks the simplicity and elegance of a selfie (I never thought I’d utter that sentence), and there remains a big contextual divide between the two halves despite the fact that they’re taken at the same instant from the same spot.

You can capture video in this split mode, which actually makes a little more sense than the stills –- imagine capturing your thoughts and reactions to an impressive vista or monument as you experience it. It isn’t something I’d ever want to do, but I’m sure others may feel differently.

Nokia has also included the ability to live-stream video – either single or Dual Sight – to Facebook Live or YouTube Live, direct from the camera UI. This is a more for convenience than a bold new feature, but serial live sharers will doubtless appreciate it.

Sticking with video, Nokia has incorporated OZO spatial 360-degree audio for apparently Hollywood-level audio capture. I can confirm that the sound capture was decent in the videos I took, with a subtle directional effect evident in playback. Nevertheless, it’s hardly a game-changer – unless you’re a professional film-maker undertaking a project to shoot an entire feature film on a phone. 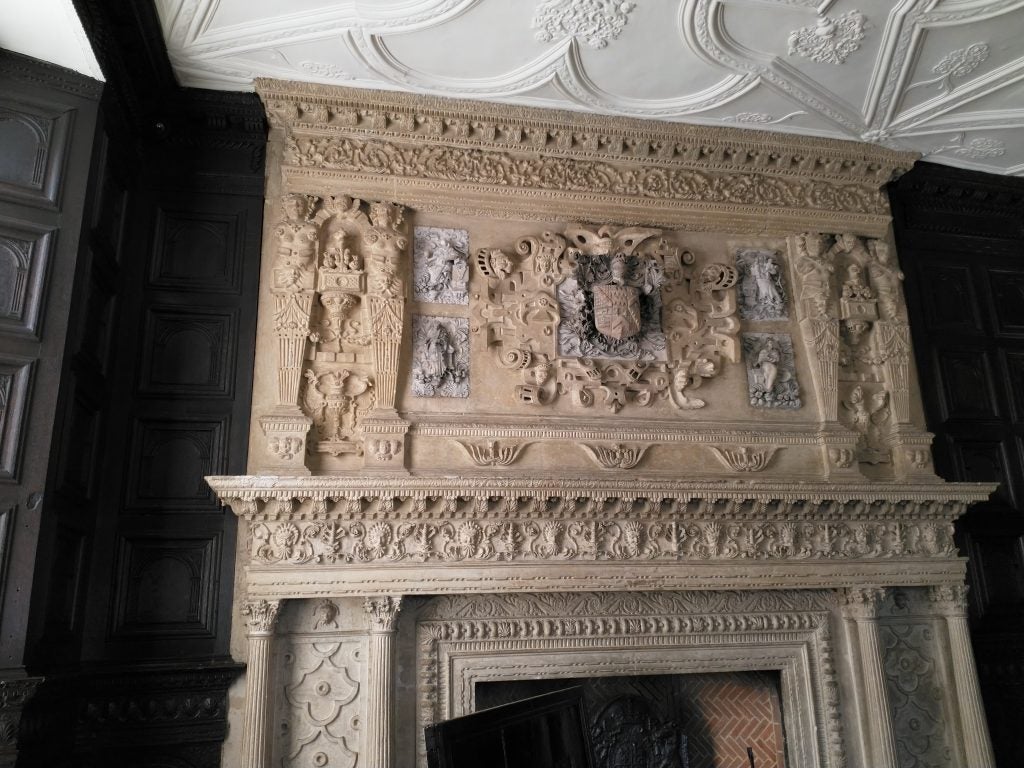 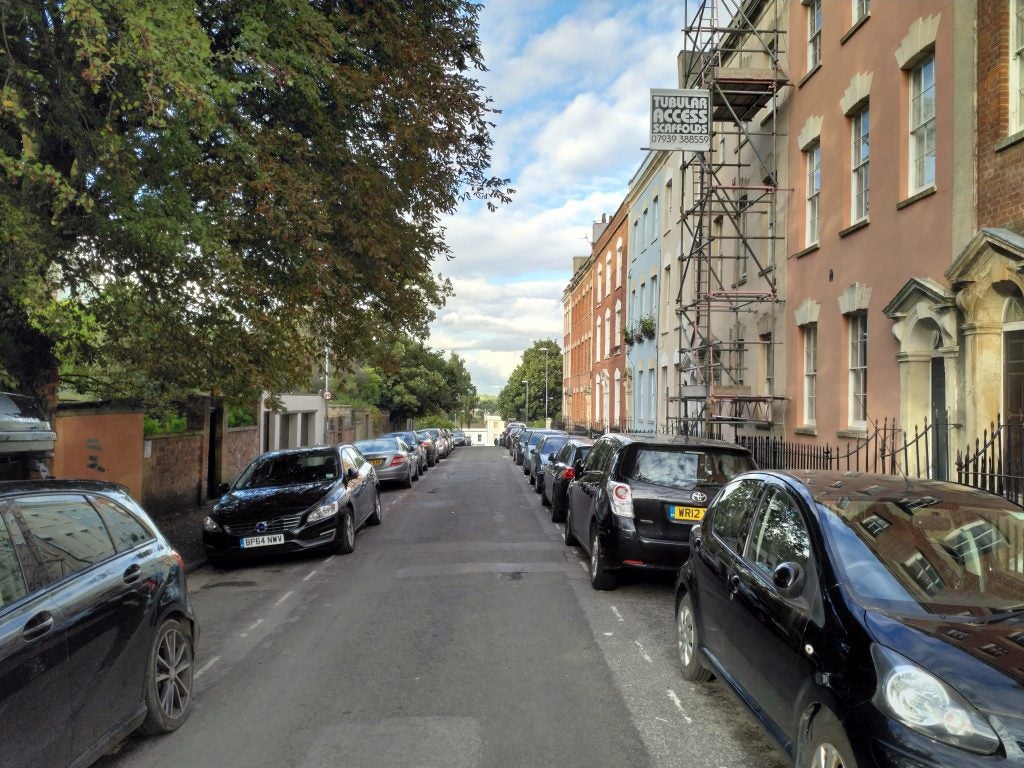 You can get some decent shots in good lighting, but auto-HDR doesn’t quite pull its weight 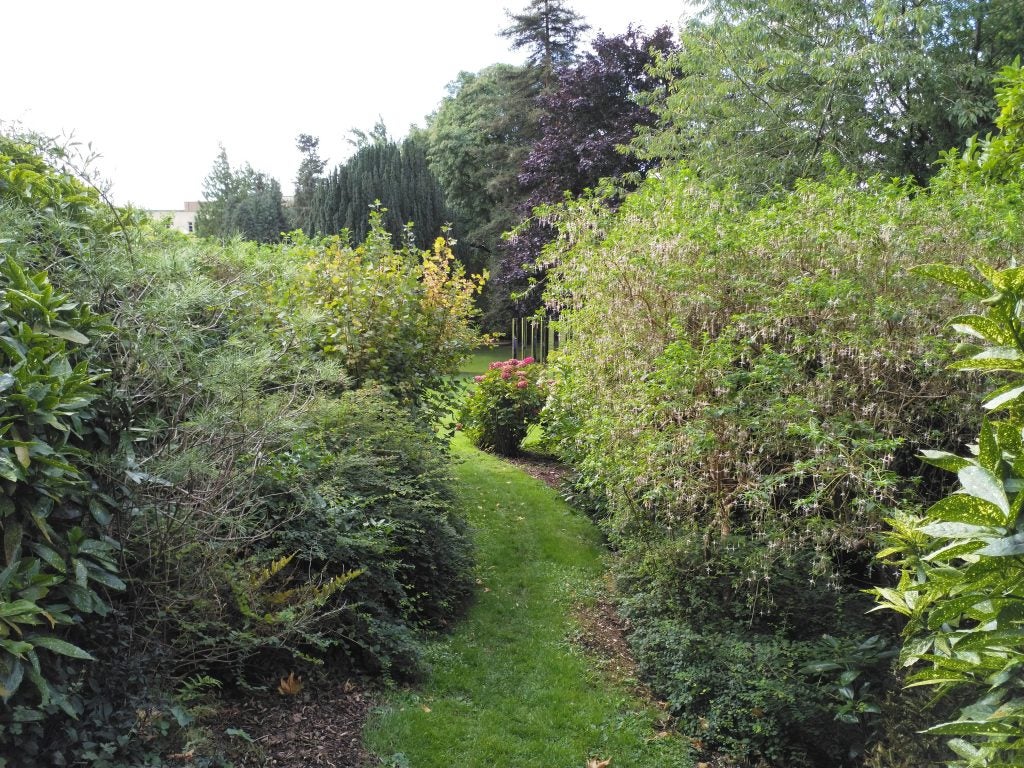 HDR failed to kick in, resulting in a bleached-out sky 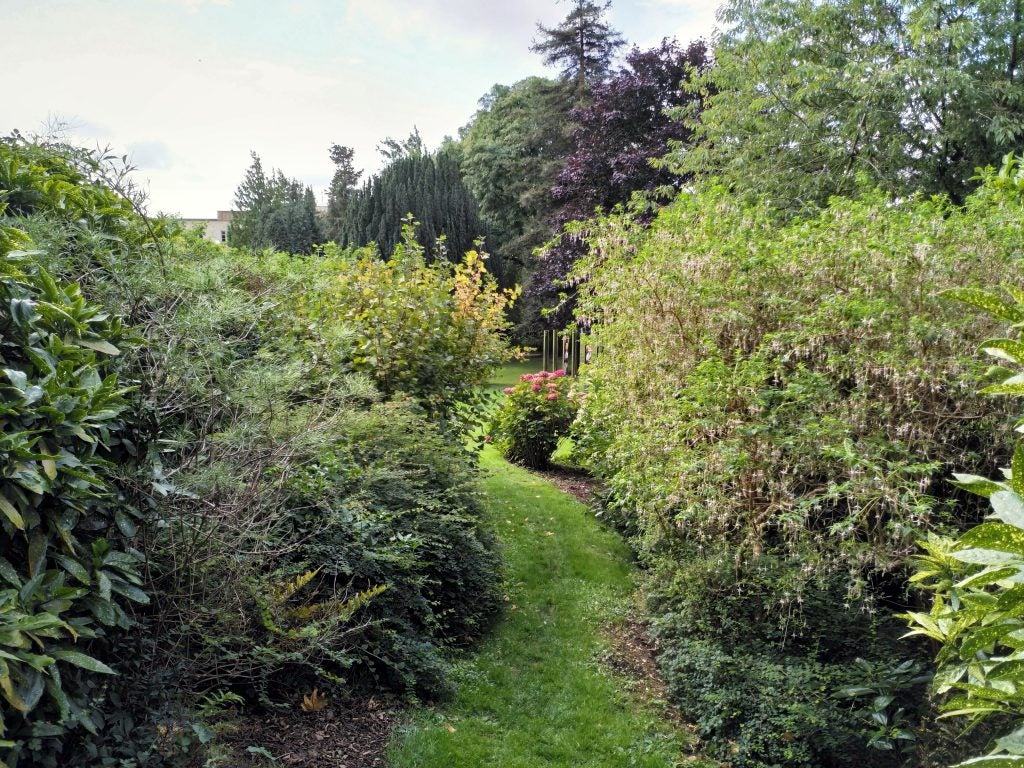 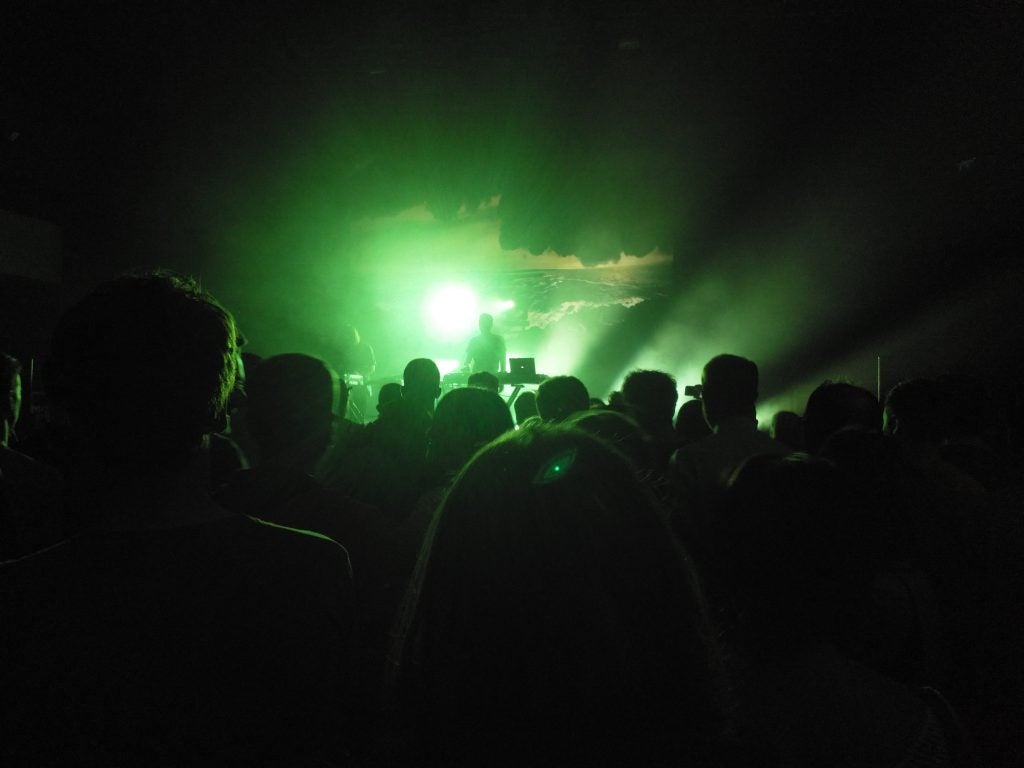 Quite an evocative snap in challenging lighting conditions

With such a powerful and bright, pixel-dense LCD display, you might not expect the Nokia 8’s battery life to be all that great. Good news: it’s pretty darned good.

On an average day of light-to-moderate usage, which entailed a phone call, some emailing and messaging, a bunch of web browsing, and some extended screen-on time during a 20-minute photo session, I managed to get from 09:00 to 23:43 and still had 68% of the battery remaining.

I got through to 15:30 the following day, having left the phone on ‘do not disturb’ overnight, before I decided to put it on charge at 24%. Heavier usage days will see you through a full day without issue.

Demanding tasks don’t make the Nokia 8 break into a sweat, either: 15–20 minutes of Guns of Boom’s frantic online FPS action saw a drop in battery life of just 5%. 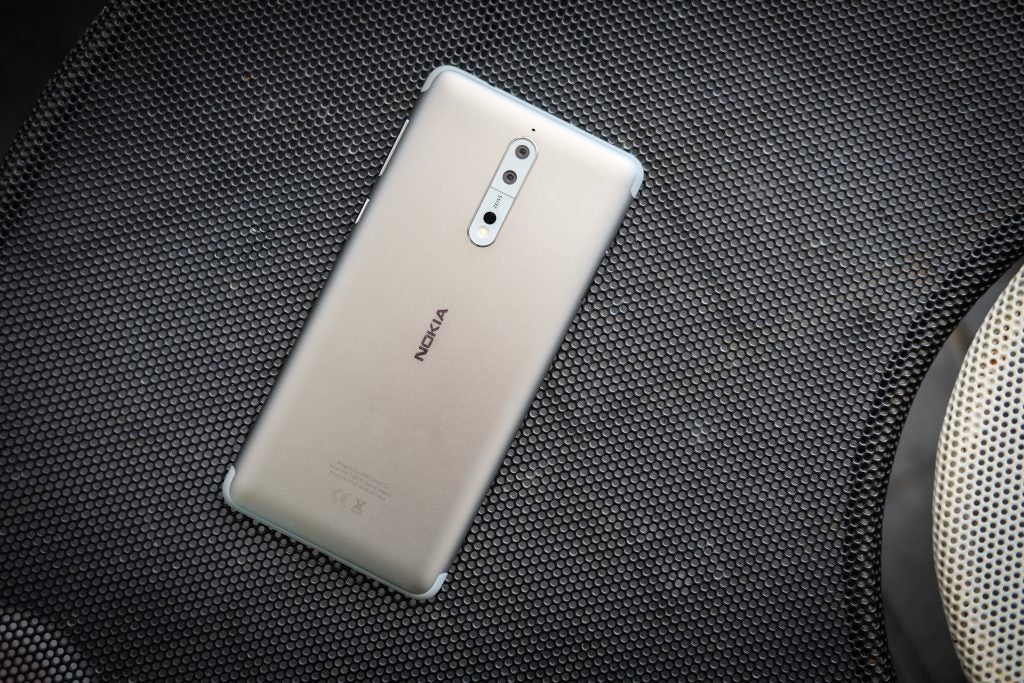 Nokia has included fast charging through the phone’s USB-C port, too. After exactly an hour of charging in the aforementioned scenario, the Nokia N8’s battery was at 86% – more than 60% in as many minutes. That’s not as fast as the OnePlus 5, but it’s still handy for those quick splash-and-dash situations.

Should you buy the Nokia 8?

It’s good to have Nokia back in the smartphone game, even if it’s had to forge new hardware partnerships to do so. The Nokia 8 is a decent, safe first attempt at a flagship Android phone, and it ticks all the appropriate boxes.

You have the fastest chip on the market, a solid all-metal design, a super-sharp 5.3-inch display, and a version of Android that hasn’t been overworked or unnecessarily tinkered with. Meanwhile, the camera is capable of capturing decent shots in the right conditions.

However, there’s nothing that really stands out about the Nokia 8. Its solid design could also be described as generic, while its display lacks the edge-to-edge quality and OLED technology that the most exciting high-end phones offer right now. The camera is a little hit and miss too, with focusing and exposure issues leading to occasionally underwhelming shots.

That’s a lot easier to forgive when you consider that the Nokia 8 costs £500, which is a fair bit cheaper than the very best phones on the market. But even so, the OnePlus 5 does most things as well or better for £50 less.

A safe return to the flagship smartphone market for Nokia, but it will need to do more with its next effort if the brand is to stand out among the elite like it once did.