Nokia’s Xpress-On phone covers have taken a bit of a back seat recently while the company has concentrated on pushing other things. But the concept is by no means dead. Gordon reported on the launch of the Supernova range back in June, and now I have my hands on the first of the quartet to appear, the 7310 Supernova, which supports Xpress-On.


The announced range included a slider, flip and two candybars, and it is the lesser of the candybars that I have. The press release announcing the new range says that the Supernovas are appropriate for ‘style conscious men and women who want to stay connected’. Well, OK, but this target market shouldn’t want top-notch features, at least if they go for the 7310 Supernova.


Straight out of the box the 7310 Supernova does look a little distinctive. Its screen is mirrored and the silver plastic number keys also have a mirrored effect so that stylish types can check their coiffure at regular intervals. The out of the box fascia of my review sample was deep blue. A ‘candy pink’ Xpress-On cover was provided. Don’t go there. Choose the ‘wasabi green’ bundle instead. 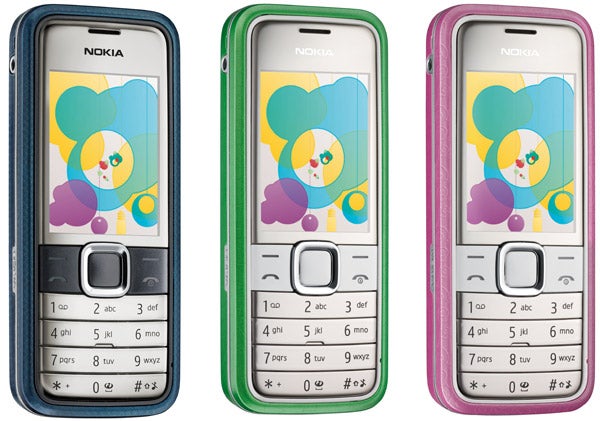 In the hand, this is a very nice phone. It is thin and light weighing just 83g and measuring 106.5mm tall, 45.5mm wide and 11.95mm thick. Yes, Nokia really does think we need to know the width measurement to the hundredth of a millimetre.


The screen’s mirrored front disappears when you switch the phone on and you are left with two diagonal inches of display offering 320 x 240 pixels at 16 million colours. The default theme is horrible. A mix of pastel blue, yellow, lavandar and white, is just not right. Desperate to change it I found four others, which preview nicely as you run through them. None float my boat, but as usual you can download more.


The number pad looks rather tacky to me despite its shiny silver reflectiveness and it feels a bit plasticky under the fingers, but the action is solid and the keys themselves are large. Tapping out numbers and SMS messages was easy.


The D-pad comprises a thin silver frame that surrounds a large select button. Again, use was unproblematic. To its left and right are softmenu keys and Call and End keys, the latter doubling as the power on/off button. There are no other keys on the front of this handset, and the only side mounted ones are a pair of volume rockers on the right side. Minimalist, then.

Most notably absent among side and front keys are an activator for the camera and a Nokia menu key. You get to the latter by pressing the select button in the centre of the D-pad, and to the camera by choosing Media from the menu screen and then opting for the Camera. Not unusual, but if you want dedicated keys you’ll need to look elsewhere.


This phone runs S40, which means it lags behind the swanky E and N series handsets and others that run the more capable S60. It is a tri-band handset so is to be avoided if you want 3G. It has 32MB of built-in memory, and you can use microSD cards to add more. 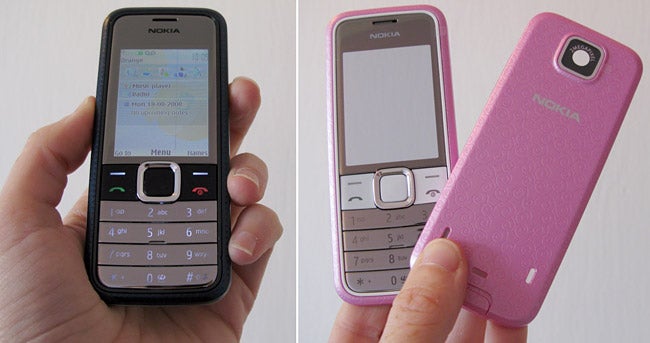 Nokia quotes battery life at up to 4 hours of talk and 300 hours on standby. My own battery test, which is a rundown of music playback that lets me compare almost all handsets using a unified benchmark, gave seven and a half hours of music from a full battery charge.


Setting this beside other S40 handset I’ve reviewed recently it compares unfavourably with the eight and a half hours delivered by the 7900 Crystal Prism and very unfavourably with the eco-friendly 3110 Evolve which managed close to eleven hours. There is an equaliser with presets for rock, pop, jazz and classical, plus two user presets. 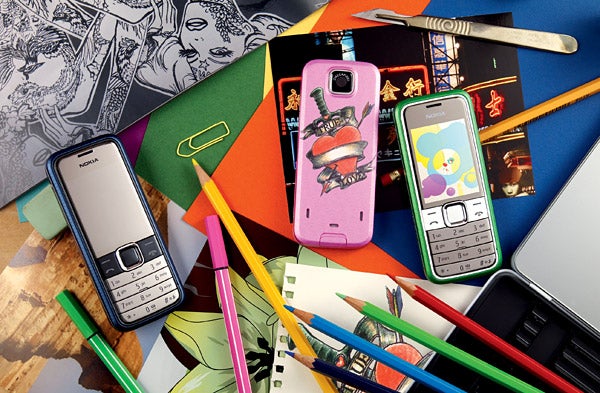 There is an FM radio with RDS, but there’s more bad news for music fans. Despite being mounted on the top of the 7310 Supernova, which is my optimum spot for it, the headphone/headset jack is of the 2.5mm variety. You’ll therefore need a converter to use you favourite 3.5mm-equipped headphones.


Oddly enough for a handset positioned for the mid-market, the 7310 Supernova has a TV-out feature. The phone doesn’t come with a cable so you’ll need to buy that separately. This feature uses the 2.5mm jack and can send the contents of the screen to, well, a TV.

The 7310’s camera shoots both stills and video, but it is not particularly great at either task. On the pictures front it manages resolutions up to 2-megapixels. There is no self-portrait mirror or flash. I found that it took several seconds for images to save and shooting photos in succession was a bit of a pain.


The coloured dish, shot as ever under normal household lighting, is as washed out as any sample photo I’ve taken with a mobile phone. It also shows up a framing problem. The edges of the dish were in the far corners of the screen when I framed the photo, but the resulting image does not reflect that. You get a bit more photo than you frame with this phone. 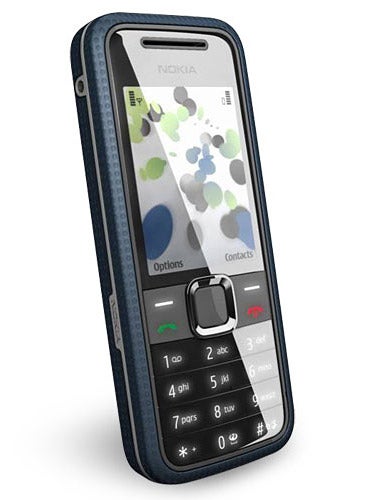 The chair’s white is not uniform with blue and pink tints creeping in. The photo of the apples was taken pretty much at the limit of the lens’ close focusing distance and echoes the lack of saturation seen in the coloured dish shot.


Other software not mentioned so far includes mobile email with built in Yahoo! Go, voice recorder, alarm clock, calendar, to do list manager, notes taker, calculator, countdown timer, stopwatch, currency converter and a few games. Opera Mini is also pre-installed for superior quality Web browsing, but remember you are doing this over GPRS.


If you have any interest in taken reasonable photos with your mobile then the 7310 Supernova is one to avoid. Ditto if you are keen on the mobile Internet. Opera Mini is a boon but the lack of 3G and small screen make Web browsing challenging at times. That noted, this is a functional mobile with a good keyboard and is not too big for the hand and pocket. As for the 7310’s choice of colours, only you can decide if they appeal… 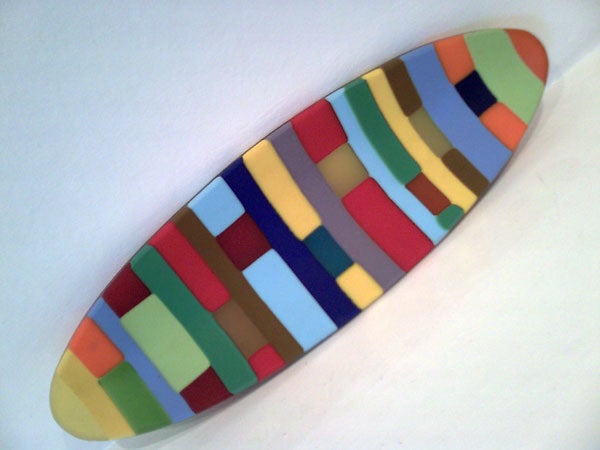 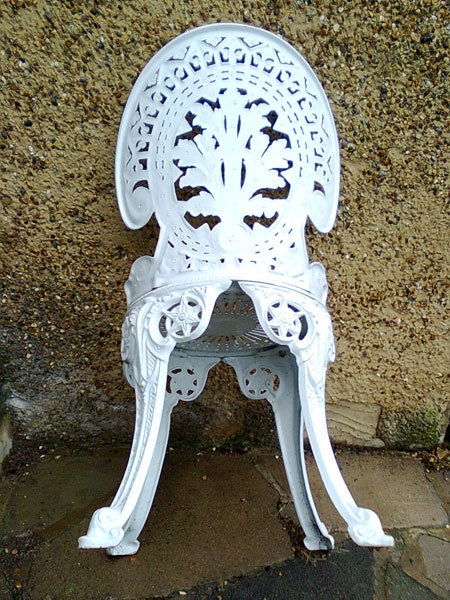 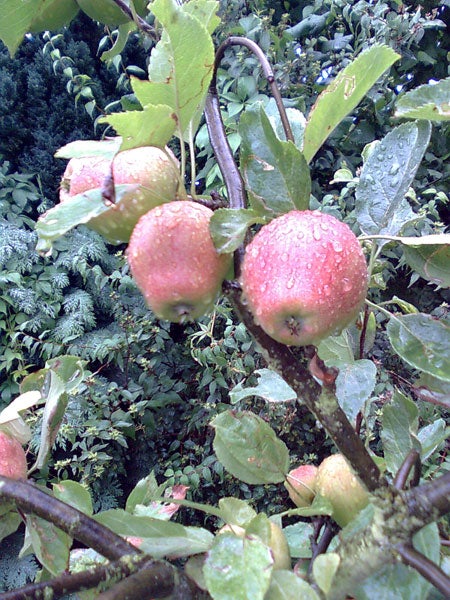