Some of us want a phone to be all singing and all dancing. We want a large touchscreen, social networking, app stores, great video playback. You name it, we’ll probably want it – yes, I can even see a use for a kitchen sink if you can somehow fit it in my pocket. However, this certainly isn’t true for everyone. Many of you just want a simple, easy-to-use phone for, you know, calling and texting. It’s at just such a market that the Nokia 7230 is targeted so let’s see if it’s a good bet.


This is a fairly elegant phone. Thanks to its slider format, its front is kept clutter-free and the chrome, gun metal and black colour scheme is simple but effective. Slide it open and a white-on-black keypad is revealed, which again is plain but generally attractive. Closed, the phone measures 98 x 48 x 14.8mm so it’s a fair bit shorter but noticeably fatter than your basic candybar phone – something that’s to be expected for a slider, of course. With it open, the phone’s length increases to a sizeable 127mm. 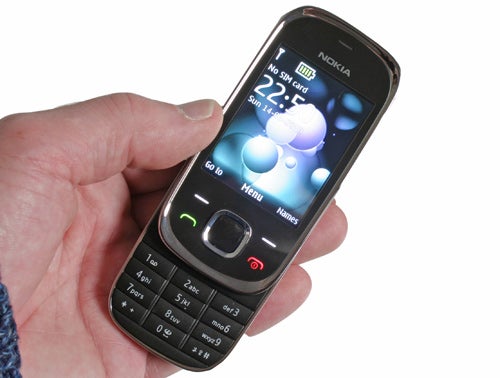 On the whole, build quality seems to be good with a strong, sprung slide mechanism, individual plastic keypad buttons, and a generally solid feel. The only obvious downside is the screen and its surround. They’re both built from slightly wobbly plastic so are going to be prone to scratching and just feel rather cheap. On top of this, the finely etched screen surround and the bevelled chrome edge are particularly adept at catching any and every possible distracting light. 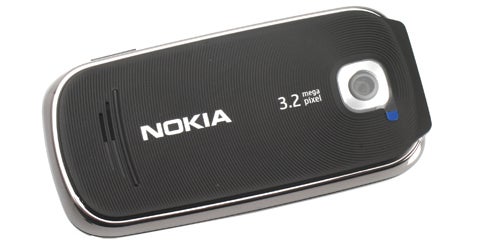 Another thing that bugs us is the lack of volume controls. During calls and while you have the media player open you can adjust the volume using the up and down buttons of the D-pad. However, if you have music on in the background while browsing the web or want to adjust ringer volume, you have to scurry back to the media player or dive deep into the menu structure to make your adjustments. This omission is relatively common on cheaper handsets but the Nokia 7230 is not really a budget phone and models much cheaper than it still have these controls.


What makes this all the more baffling is that this phone has a proper headphone jack, making it easy to use your own choice of headphones – something that’s much rarer on cheap handsets. Alongside the headphone jack is a micro-USB socket for connecting the phone to a PC and charging it. There’s also an old-school proprietary Nokia charging socket, which is useful as it will charge the phone faster than over USB.

The last obvious external feature on this phone is its camera, which is a 3.2-megapixel unit. It lacks both autofocus abilities and a flash of any description but there is a dedicated shutter button on the right edge, which also starts the camera application. 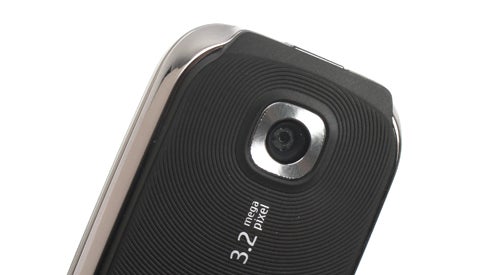 Turning the phone on and we’re glad to see all the buttons are backlit, making for easy use in the dark. The menu buttons are the usual arrangement of D-pad, two soft keys and call end and call answer – the call end button also doubles for power.


The screen measures 2.2in and has a resolution of 240 x 320 pixels so it’s about average for this sort of phone. It’s not the sharpest example and you can only fit a fairly small amount of information on it, making browsing the web a bit tedious. Of more concern are the screen’s poor viewing angles. Move more than about five degrees to the left of or above perpendicular and whatever is on the screen becomes almost unreadable. It doesn’t make the phone unusable by any stretch but it just makes it a strain and is distracting. 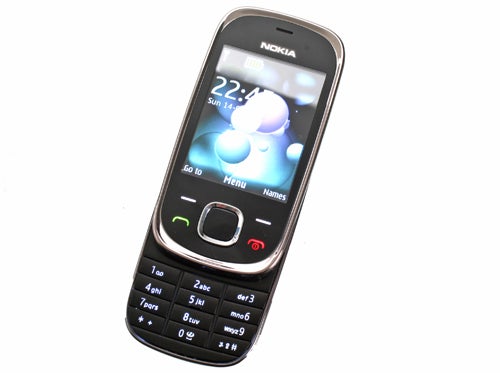 On the plus side, the Symbian-based operating system Nokia has endowed the 7230 with is quick and easy to use. Yes, a few menu options are a little unintuitive and the general look and feel is a bit geeky but once you know the whereabouts of everything, it gets the job done with aplomb.


By default, the homescreen is mostly blank except for a large clock display in the centre and notification icons across the top. Along the bottom there are also options to enter the menu, go to your contacts list, and open some favourite apps. Each of the four directions of the D-pad can be assigned a shortcut too. If you want even more functionality you can fill the screen with up to four widgets including an email viewer, notes viewer, media player, and shortcuts carousel. 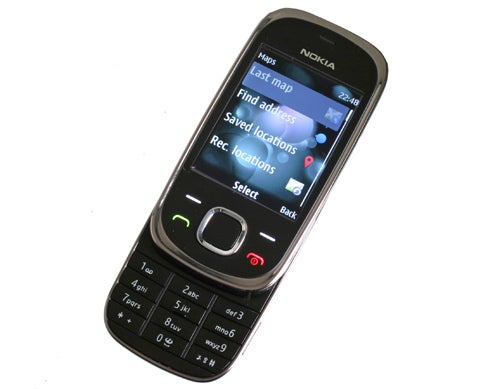 In terms of messaging, you get your usual SMS and MMS support along with email, though messages aren’t stored in conversations and email support is very basic with no push notifications. There is a link to Facebook but it just leads to a mobile version of the website rather than a dedicated app, so there’s no contacts integration. The low resolution of the screen also makes for a lot of scrolling around.


Viewing pictures is made quick and easy thanks to a simple viewer that arranges pictures in a grid of thumbnails. Likewise, browsing music and videos is done through a basic, text-based library interface that looks archaic but gets the job done – again, this isn’t the best device for watching video thanks to its aforementioned screen issues.

Taking everyday photos with the 7230’s camera is quick and easy. It can rattle off four shots in 10 seconds, which is largely down to its low resolution and lack of autofocus. Unsurprisingly, images are rather ropey, with low detail and a lot of sensor noise marring the results. Without a flash, darker scenes particularly suffered. And if you like taking close-ups, the fixed-focus lens will not be your friend. That said, there’s no obvious lens distortion and for a quick snap of your friends frolicking in the summer sunshine, it just about cuts it. 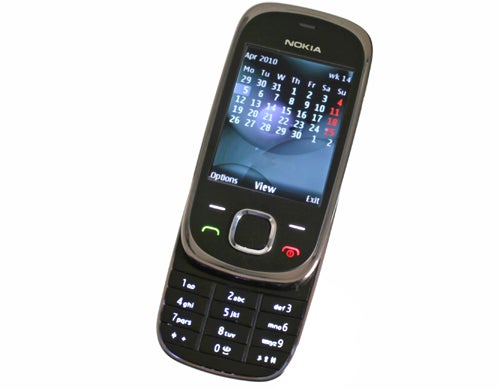 Video is also available but maximum resolution is only 176 x 144 pixels and the frame-rate only 15fps. As such, it’s essentially useless.


With full webpage support, the web browser is adequate, but text looks blocky and becomes unreadable when zoomed out at all. There’s also no support for tabbed browsing or page caching so going back to a page you’ve already seen requires it to be completely refreshed. There’s no Wi-Fi but 3G connectivity is available, so browsing while out and about should be reasonably nippy.


There’s no sign of any Twitter client or any other apps above and beyond your usual calendar, calculator, stopwatch, etc. There is a link to the OVI store but due to a security certificate error it didn’t want to work for us. We also doubt there will be many apps for this handset, if and when it does work.

Making calls on the 7230 showed up no cause for concern with clear audio at both ends of the call. Noise reduction isn’t the best so background noise can come through quite strong and the earpiece lacks depth making voices sound a bit tinny. Neither are major complaints though.


Battery life was impressive, lasting for at least three days with fairly intensive use. We even reckon you could go for a week without too much trouble.


Nokia has a great reputation when it comes to basic handsets and the 7230 largely continues this tradition. It has a simple yet elegant and functional design and the software gets the job done. However, the poor screen quality and lack of hardware volume controls leave us wanting and we think there’s room for some streamlining and refinement of the OS as well. 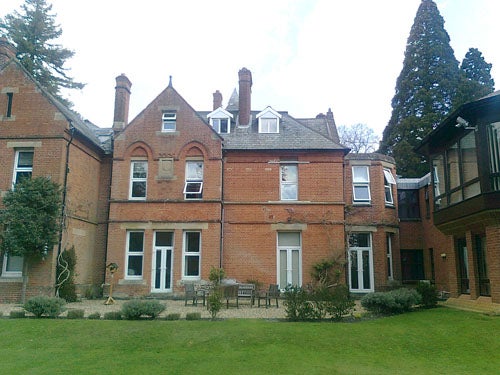 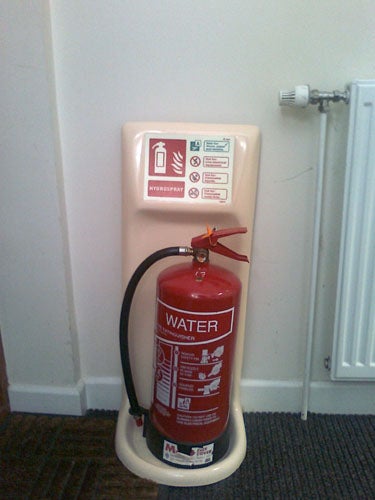 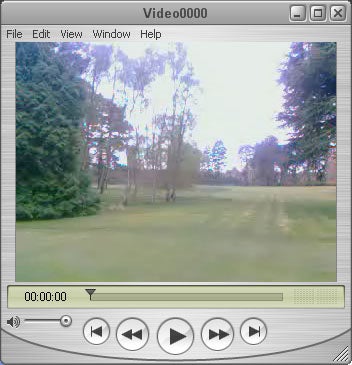