The business mobile phone slowly evolved from a dull but functional device into a jack of all trades that allows users to work anytime, anywhere. With the introduction of the RIM BlackBerry and various combined PDA/phones, email anywhere has become a reality. The disadvantage of most of these devices is that they are much larger than your average mobile phone and thus take up a lot more space in your pocket. RIM introduced the Blackberry 7000 series – see our review of the Vodafone 7100v – to offer a smaller device that offered the same functionality, but it still felt a bit big compared to standard phones. 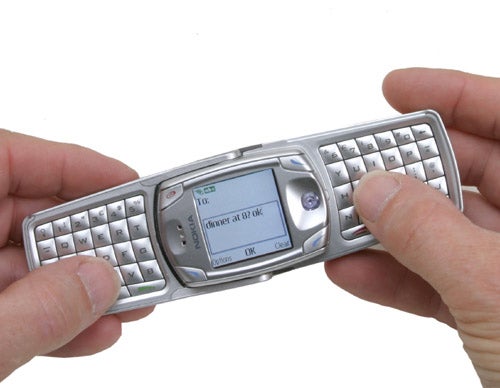 Enter the Nokia 6822, which looks just like a normal mobile phone at first glance – it fits nicely in your pocket and it even has a built in camera. Upon closer inspection however, you realise that it is more than just a standard phone, as it has a built-in BlackBerry client and it even has a full QWERTY keyboard.


I’m sure some people would be quite happy to use T9 for email – at least the younger generation that send more SMS messages than most of us make phone calls in a month. But I’m sure most of us find it easier and faster to type with two hands. Nokia has designed the keyboard so that you hold the 6822 horizontally rather than vertically and the keypad folds out so each half of it is on either side of the screen.


They keyboard is excellent to type on, as long as you’re sticking to using your thumbs; it’s not designed for touch typing. Besides the obvious usage of typing SMS and email messages on the keyboard, you can also take down notes (limited to 3,000 characters), use it when you enter or edit contacts in your phone book and for entering WAP page addresses.

A clever feature is the symbol button which brings up a menu of special characters when pressed once, while pressing it twice takes you to the smilies menu. A button with a small light bulb on it toggles the backlight on and off – this lights up the characters on the keys rather than the whole keypad. Each half of the keyboard has a spacebar and a Shift key, which acts as Caps Lock when pressed twice. You can also make and end calls with the keyboard open, but you do look kind of stupid talking on the phone this way. It would’ve been great if you could have used to keyboard with other devices, such as a PDA, but sadly this is not an option.


There are of course some compromises that have to be made with regards to the menu system when the keyboard is open. The screen is rotated automatically 90 degrees, but you have to use the joystick to move around in the menus – in this mode, the joystick is located to the side of the display rather than under it. Not ideal but you’re still able to get around the menu system in a reasonable fashion. There is a soft key that allows you to access the left and right menu options as normal with the keyboard open. 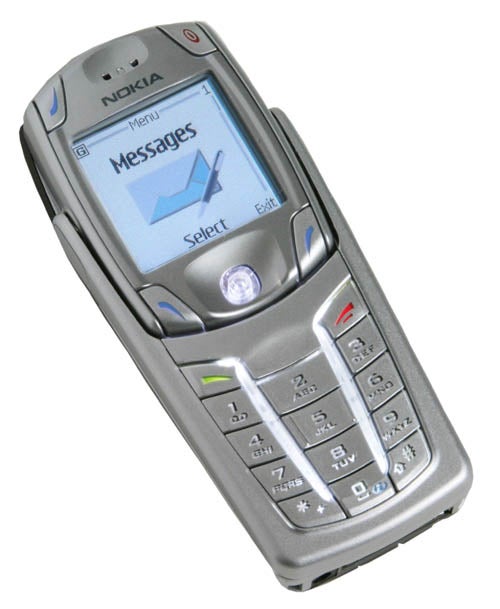 As you might have figured from the model name, the 6822 isn’t Nokia’s first attempt at a device of this type. But with the experience from the three past versions Nokia seems to have got most things right this time around. The 6822 weighs in at 100g which is more than acceptable and measures 106 x 46 x 21mm (H xWxD) which is in line with many other business handsets.


The camera now supports VGA resolution (640 x 480) which is a step up from its predecessor, but far from cutting edge. However, many businesses don’t allow camera phones, so Nokia should maybe have considered leaving it out completely. Image quality isn’t fantastic, but it can also be used for shooting short videos.

However, there is one major downside to the 6822 and that is the inclusion of a mere 3.5MB of memory. Considering that flash memory prices are at an all time low and with several other phones boasting 32, 64 or more of user accessible memory, this is something Nokia should look at correcting sooner rather than later. To add further insult to injury, the 6822 doesn’t have a memory card slot – come on Nokia, it’s the 21st century and it doesn’t take a rocket scientist to figure out that 3.5MB is not enough for a mobile communications device.

This memory is also shared with your contacts, SMS messages, Java applications and so on, which means that every new addition to the 6822 eats away at an already tiny amount of memory. After having sent a few emails – which were left on the phone – taken two pictures with the camera and having copied my contacts across, I had just over 1MB left. This is because 1MB of the memory seems to be dedicated to Java applications, so you’re left with 2.5MB for everything else. But you could clear some of the memory by removing over 300KB of themes and a further 500KB of pre-installed pictures.

Using the 6822 as a phone is no different from most other Nokia handsets and the menu system is also pretty much identical. It doesn’t use the Series 60 OS though, so fans of the older Nokia menu system might find the 6822 easier to navigate. Unfortunately, the keypad has a rather annoying layout – although fairly typical of modern Nokia handsets – which has two light strips running down each side of the middle row of buttons. The problem with the light strips is that you can end up pressing them instead of the buttons at times, especially if you have long finger nails.

The screen has a resolution of 128 x 128 pixels and can display 65,536 colours. The problem is that you can’t fit a whole heap of text on a screen this size, which in a way defeats the purpose of a mobile email client. But the 6822 is a compromise between having a standard phone without the BlackBerry email facility or having a Blackberry device which is twice the size or bigger.


As a business handset the 6822 offers plenty of connectivity features with built in IrDA and Bluetooth 1.0, as well as having an option for a USB cable. It supports HSCSD, GPRS Class 10 and EDGE for those lucky enough to have access to an enabled network. 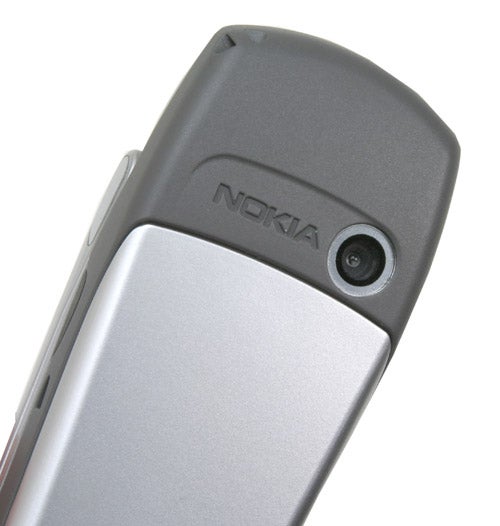 The calendar, along with your contacts can be synchronised with Outlook and you can also synchronise your notes and to-do lists with your PC. Pretty standard features these days on a business handset. Besides the BlackBerry email support the 6822 also allows you to use SMTP, POP3 and IMAP4 email services.


There is a small caveat with the 6822 on Orange – if you want to use the BlackBerry email service you have to set up your own BlackBerry server. Orange will provide you with the software needed at a fairly steep price depending on how many handsets you’re going to use it with. Oddly enough, it gets cheaper the more handsets you want to connect, but I presume Orange has calculated that it makes the server application costs back in increased network charges.


A server licence for 1-5 handsets will set you back £800, while for 6-15 handsets this is reduced to £450. Add to this the monthly cost of £35 per handset for UK only usage or £53 per month for world wide usage. All prices exclude VAT. The good news is that the handsets are free, but so are most handsets these days. 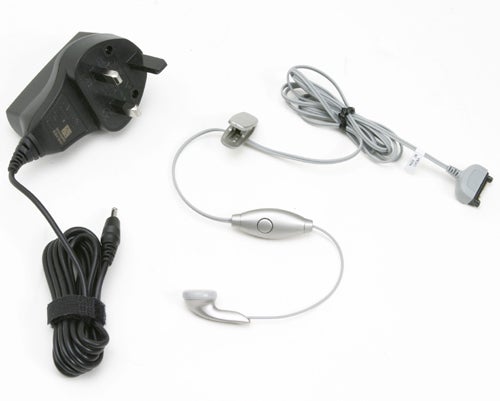 Considering that most other network operators will allow individuals to use BlackBerry services via webmail of some sort, Orange really needs to look into its policy. I know that BlackBerry is primarily a business tool, but a lot of small businesses, or even sole traders can benefit from “on the move” push email.


Overall the Nokia 6822 is a good mobile communications device and a reasonable tri-band phone, but it desperately needs more memory and a higher resolution display.


Nokia has managed to squeeze a BlackBerry email client into a truly pocket friendly device, but some compromises have been made to keep the size down. The keyboard is excellent, but the lack of memory is the big letdown.