With so many new handsets sporting touchscreens, fancy user interfaces, or gizmos it is something of a relief to have in my hands this week Nokia’s 6700 Classic. There’s nothing fancy about this phone at all. Nokia has shot itself in the foot on a couple of counts, but for those looking for a mobile for voice calling and a bit of texting first and other stuff second, this classic candybar handset is quite alluring.


I’ve generally been a fan of Nokia’s approach to the classic candybar, because the company does the basics on such phones well. And the same holds true here. The general design, screen and keyboard are all good – and battery life is smashing.


The phone’s ordinary looks do it no harm at all. A 109.8mm tall, 45mm wide and 11.2mm thick it feels comfy in the hand. At 113g it is a little heavier than the lightest of candybars, but not by enough to cause any bother. 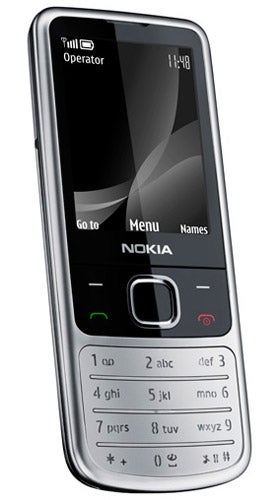 The chrome backplate is both a blessing and a curse. Silver shiny metal looks nice. But in the short term it attracts fingerprints like it is going for a world record in that feat, and in the medium and longer term it’ll probably attract plenty of scratches.


The front mixes more chrome with plastic and the former’s use on the number pad again makes it attractive to fingerprints. The number keys are flat and reasonably easy to use, but fast texters might find the fact that the keys aren’t hugely responsive a bit annoying.


The screen is small by modern standards but at 2.2in, it carries its 320 x 240 pixels well. And in between screen and keyboard is a bank of buttons that are bland but serviceable. Call and End and two softkey buttons sit on a flat area surrounding the D-pad, whose silver frame is pre-configured to take you to Calendar, SMS creation, and, via its up and down buttons, through the application shortcuts on the main screen.


It all works well enough, if offering nothing to cause an ‘ooh’ or ‘aah’ of surprise or delight. What did cause delight was the battery life. I did my usual rundown test of asking the phone to play music non-stop off a full charge from its speaker and not only was the volume loud through the speaker but the quality was serviceable. The battery delivered music for a solid 12 and a half hours. Nokia says you should get up to five hours talk and 416 hours of standby on GSM. I was still using this phone off its first charge after three days.

There is 170MB of memory in the handset and my review sample came with a 1GB microSD card to boost that further. So there is quite a bit of music storage space out of the box. The microSD card slot is on the left side of the casing, and you need to remove the backplate to get to it.


Everything isn’t rosy for music fans though. The one-piece headset connects to the phone via microUSB and that slot is awkwardly placed on the bottom of the casing. This slot is also used for charging via your PC as well as PC connection, so during those activities the headset is redundant. However, Nokia does provide one of its mini-jacked mains power connectors located on the bottom edge of the handset. 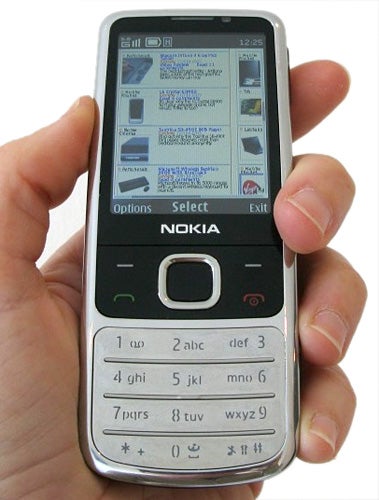 This is an HSDPA phone and it supports downlinks to 10Mbps. You won’t find a network offering that in the UK, so it’s nothing to get too excited about at the moment. But you should get the maximum your operator offers wherever you find yourself. The uplink is capped at 2Mbps.


GPS is built in, with A-GPS support. Nokia Maps is pre-installed and I added Google Maps quickly and easily. It is a real pity that the 6700 Classic’s gamut of services does not include Wi-Fi. Without it, any phone is really hampered these days and even in a mid-range phone like this one, its absence grates.


One of the uses of Wi-Fi is web browsing, and even if the 6700 came with it, you’d probably not fancy doing that too often. The Nokia browser isn’t superb and there’s no accelerometer to take advantage of a landscape view with automatic screen rotation. Opera Mini is pre-installed and gives a much better experience but on this phone’s small screen, it still isn’t great. 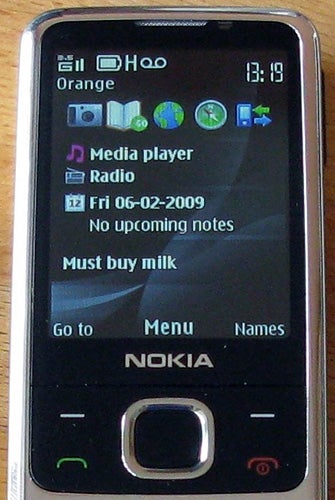 The 6700 Classic supports the Ovi store though there was no preconfigured link on my handset. There was a link to the Ovi photo-sharing site if you fancy using that, though there are plenty of other options you can also try, and a Flickr link is pre-installed.


This handset runs S40, by the way. That means you get a fair range of apps but not all the gizmos on offer with S60. The use of the lesser operating system is a sure sign that Nokia is positioning the 6700 Classic as a phone for the less geeky. Still, there are some neat touches, not least the ability to put a short note on the home screen – a reminder to do something urgent, perhaps?

There is just the one camera, as Nokia has chosen not to bother with a front camera for two-way video calling. The very small and somewhat fiddly side button launches the camera software but only when you are viewing the handset’s main menu. You can assign one of the D-pad directions to it if you need quick access. 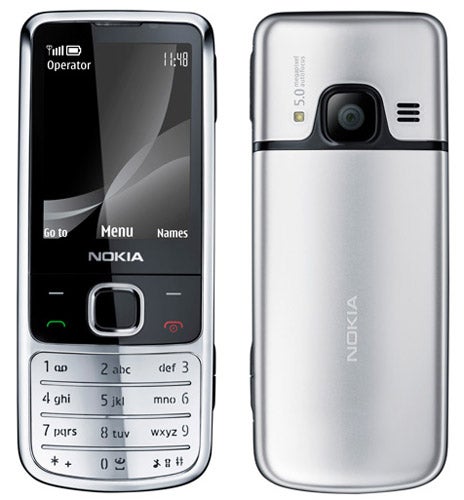 The camera shoots stills at a perfectly acceptable 5-megapixels and it performed well except when I asked it to function in low light conditions when the puny LED flash really let things down. The coloured dish, photographed under normal household lights, is sharp and clear, and the lens lets in plenty of light. The chair lacks a bit of clarity and definition, but the white flower, shot from a distance of about five inches, proves that cameras don’t need a macro mode to produce good quality fairly close-in shots.


In addition to the software mentioned there is a fair amount of other stuff going on here. Bluetooth, of course, is present. There is mobile email support, FM radio, voice recorder, alarm clock, calendar, to do list, notes maker, calculator, countdown timer, stopwatch, and some links to FaceBook, MySpace and YouTube.


Nokia hobbles this phone a little. With Wi-Fi and a less fingerprint and scratch-attracting screen, it could have got another mark on the overall rating. However, its good battery life and GPS are both a real boon, especially for those who want a phone primarily, but not purely, for voice calls. 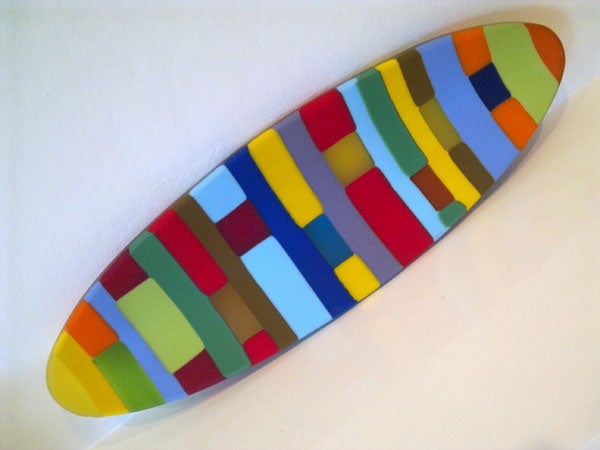 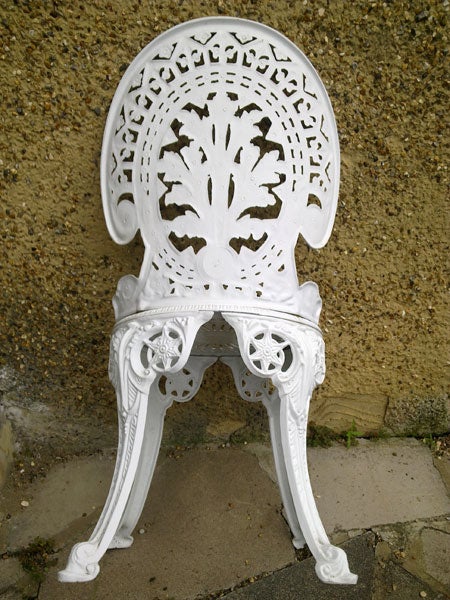 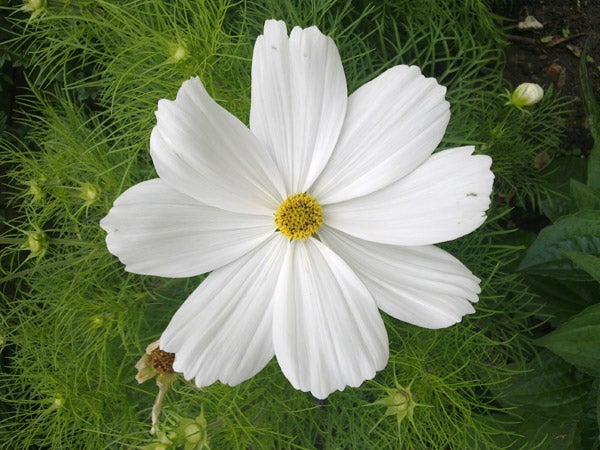