Nokia sometimes comes up with two physically different versions of the same phone. The 6600 is a case in point and Nokia sent me both versions to look at. The 6600 Slide and the 6600 Fold differ in price and design, but I far prefer the Slide, which SIM-free is a cheaper bet too (£223 inc VAT vs £260 inc VAT from the Nokia online store as I write). One day I may give the Fold a run through, but not today.


Physically the 6600 Slide is everything a slider phone should be. It is small when closed, quite small when opened, well weighted so it is not top heavy when opened, and it has enough front controls for you to get by without opening the slide too often.


I do have one gripe, though. As is often the case with sliders, you need to push against the screen to open and close the handset, which inevitably results in greasy fingermarks. The shiny front casing does you no favours in this department, and you’ll probably find yourself needing to brush the phone against your clothes to keep it smear free. 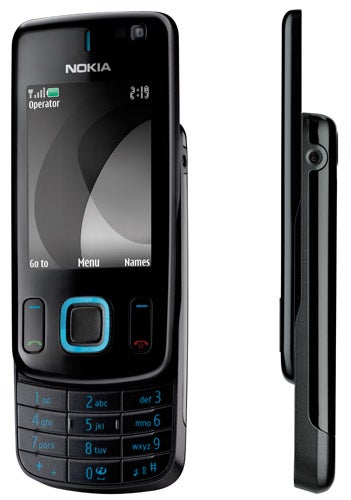 There’s an odd illusion at play with this handset. Its casing incorporates some metal, most notably the backplate, and it feels a little heavy. But in reality it only weighs 110g so it shouldn’t trouble you too much.


At just 93mm tall when closed, 45mm wide and 14mm thick it feels really snug in the hand. Opened I measured it at about 115mm, which is far from onerous.


The screen measures 2.2in across the diagonal which hardly puts it into the mega-league, but it does seem large in the frame of the phone as it dominates the front fascia. This is often half the battle in screen size terms and it certainly works here. The 240 x 320 pixels are sharp and the black surroundings do the screen a lot of good in making it appear bright and clear.


The front buttons run to a large D-pad with a blue surround that looks fine against the phone’s black fascia. This is flanked by a pair of vertical lozenges that combine Call with a softkey on the left side, and End with a softkey on the right side. The right End button also doubles as the on-off switch.

Open the phone up and the number pad is as large as space will allow. The keys click nicely when pressed and I had no trouble texting at a fair old lick.


Around the edges you’ll find next to no buttons at all. The bottom edge is clear as is the left side. The right side just offers the small mains power connector. The top edge has a release catch for the backplate and a USB connector, which sits under a tight fitting hinged cover that proved fiddly to put back. 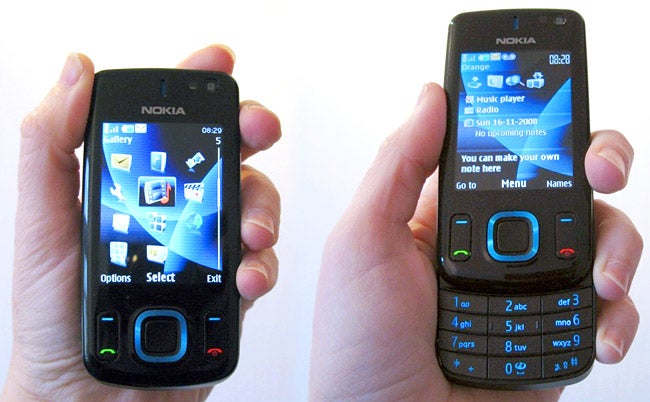 You get a USB PC lead with the phone, which is great, but the connector is micro USB which is very annoying as it means you can’t simply use the generic mini USB connector you use for many other devices. Yes, I know there are more micro USB connectors around today than there used to be, but if your setup is anything like mine then the majority of your devices are still mini USB.


And if you want more annoyance here it comes. The headset connector shares the micro USB slot. At least this is two-piece and there is a 3.5mm jack past the microphone, but again you need to carry Nokia’s micro USB half of the headset around with you or opt for stereo Bluetooth. 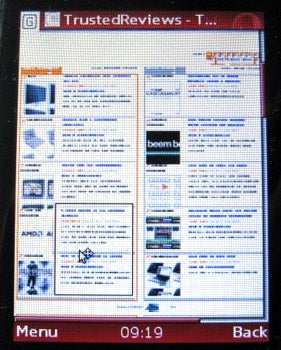 When it comes to features this is a middle-of-the-road handset in many respects. It runs Symbian S40, so it is not at the top of the Nokia tree on the operating system front. It is quad-band GSM with 3G and there is a small front camera for video-calling.


There’s no GPS antenna but Nokia Maps is built in. Now, with this combination you can find locations and plan routes, but if you want to actually do point-to-point navigation you are going to need a GPS antenna so that’ll be a little extra investment for you.


The Web browser is Opera Mini and while it does suffer a little from the small screen size it acquits itself well. There is a little Flickr client too and you can login to your account and upload photos from the phone. At which point, inevitably, we come to the camera.

The 3.2-megapixel capability is nothing to write home about. The camera has a double LED flash which makes it a bit better than usual at taking photos indoors in dodgy lighting conditions, but you do need to be close to the subject to get the benefit.


There is no side button for camera control so you need to select it from the Menu and shoot with the centre button of the D-pad. Neither is a great hardship to be honest, though you may find you miss a few candid shots because you don’t have ultra-fast access to the camera. 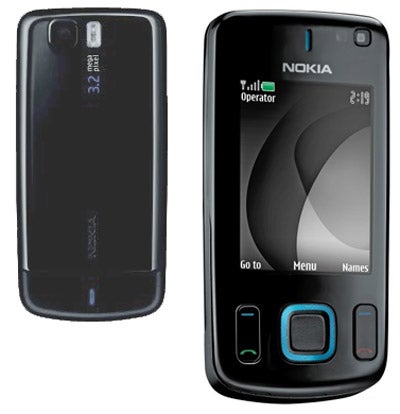 As for image quality, well, so-so is the best description. Indoor shots were a bit grainy. The coloured dish and the cat are both good examples. Outside the camera fared better, but not wonderfully. The chair is not entirely in focus and its definition is lacking in places. The white isn’t as uniform as it could be, either.


One other point. The camera has autofocus but it takes a while to kick in so you need to hold the phone steady for a little while after pressing the shoot button. Fail and you’ll just get a blurry photo. 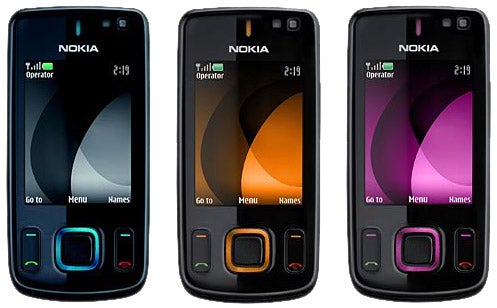 Music playback is reasonable. Battery life certainly impresses. I got just short of eleven hours of music playback from a full battery charge. Volume is good and there is album art support, an equaliser with two user presets and stereo widening. Nokia reckons you’ll get 3 hours of GSM talk from the phone and I had no trouble going for a couple of days with it between charges.


Memory is severely limited though. The phone has just 20MB built-in and comes with a somewhat ungenerous 512MB microSD card. Irritatingly, its slot is under the battery. Other applications include an FM radio, mobile email, voice recorder, calendar, to do list, notes manager, calculator, countdown timer, stopwatch, unit converter, world clock and a couple of games.


In terms of looks, mid-range phones are getting rather nice, as the 6600 Slide shows. The external hardware design is neat and pocket-friendly and battery life is good. However, Nokia could have offered more built-in memory and repositioned the microSD slot so that it doesn’t lie under the battery. The camera is a bit of a let-down, too. 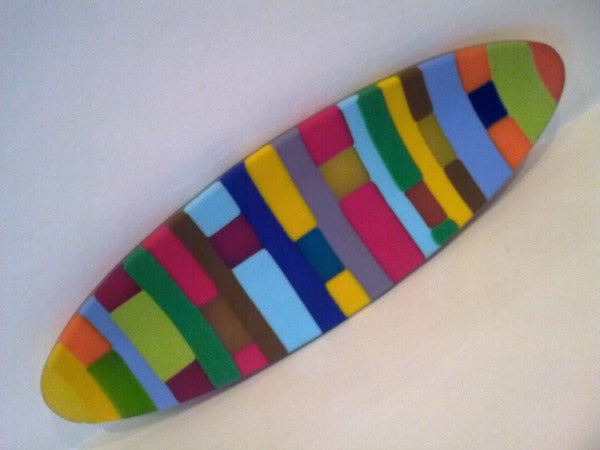 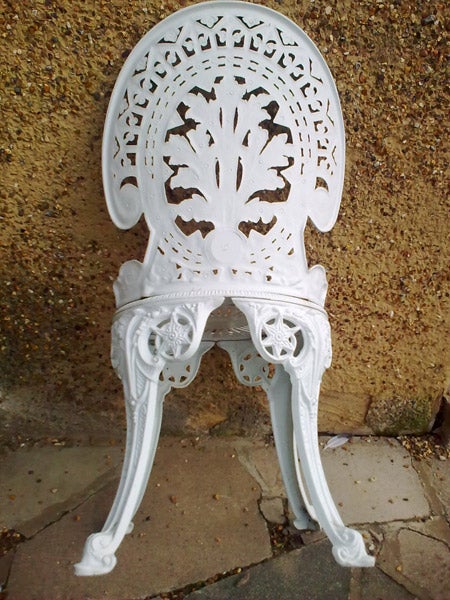 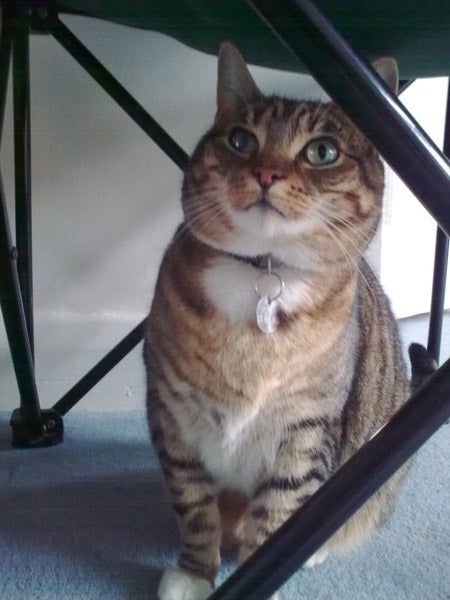