The 6234 is Vodafone’s first exclusive handset from Nokia, and Vodafone is quite proud of that fact. The handset is being touted as an easy to use ‘classic’ with stylish and compact design and indeed it does look sleek and minimalist.


The basic candybar design, all in shiny or matt silver on the front, suggests simplicity. Certainly the large number keys, big and easy to use navigation button, and (extremely small but well spaced) softkeys and call and end keys are easy to find and hit. Most impressive, perhaps in design terms, is that the 6234 is similar in proportions to a Windows Mobile Smartphone. With dimensions of 108 x 46 x 18mm and weighing in at 110g, the 6234 is evidence that the days of chunky 3G handsets are behind us.


Vodafone’s screen overlay isn’t to my liking, though. I just don’t feel at home with the graphic design, and the same applies to the main menu area. If you already use a handset with the Vodafone look and feel, things will be familiar, but if you are more used to the standard Series 60 way of presenting things, you may, like me, feel Vodafone’s design is not what it could be. 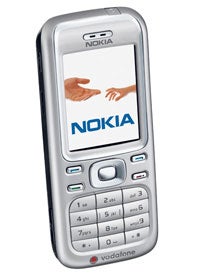 The 6234 does not come with a lead to connect the handset to your PC for data exchange. Yes you can use the built in Bluetooth if you are able and willing to set up a connection between handset and computer. But for many the wired option is simple, easy, efficient and preferred.


The provided CD includes a copy of Nokia’s PC Suite for synchronising your diary and contacts, as well as Adobe Photoshop Album 3 Starter Edition for managing photos and videos shot with the handset, and Nokia Wireless Presenter for using Bluetooth to control PowerPoint and other PC software.


Looking at the back of the casing it seems Nokia has taken a leaf out of Sony-Ericsson’s design book. The majority of the back is matt black, with a silver surround to a camera and self portrait mirror definitely designed to be held longways in the hand.


Press the camera activation button on the bottom right edge of the handset and the screen becomes a landscape format viewfinder, with the shutter button resting comfortably under the right forefinger and the two softmenu buttons and navigation button providing access to settings and the max 8x digital zoom.


Video clips, even shot at 640 x 480 and with pretty fast panning, are smooth enough to enjoy on a PC as well as played back on the 320 x 240 screen of the handset itself. The colours reproduced in video and stills are a little less vivid than I’d like, – the blue in the shot below is more vibrant in real life. But generally images and videos are good enough for sharing. 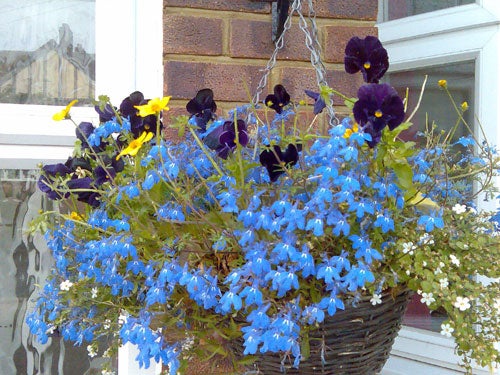 This is a 3G handset with tri-band GSM, but there is no front facing camera with which to make video calls showing your own face. You can make 3G video calls, but they show what you can see with the back camera – unless you turn the handset round to face yourself, in which case you can’t see handset’s screen to view your own image or that of the person you are talking to.


The 6234 is not alone in lacking a front camera, and maybe there really isn’t space in the casing to cram one in, but I can’t help feeling that a front facing camera really should be a standard feature on 3G handsets. So what if not all punters spend time on 3G video calls? Even the most reluctant might want to make a video call from time to time, and all 3G handsets should allow it. Rant over.

There is an FM radio. My review handset came to me without the headset that should have been in the box, so I filched one from another handset to test audio quality. It was fine, and as usual you can save up to 20 stations.

Music output lacked a little definition and volume through the headset, but the twin speakers, on the left and right edges towards the top of the casing delivered plenty of volume if a little lower quality tone than I’d like. The equaliser with settings for pop, rock, jazz and classical as well as two user definable settings, didn’t seem to have a huge effect either.


The rest of what you get is pretty standard stuff. Email support and a message centre that copes with SMS and MMS and brings Vodafone Live! postcards, flash messages and audio messages into the mix. A contact book and diary are here of course, the latter in an Organiser folder which also provides a to-do list manager, calculator, notes application, countdown timer, stopwatch and alarm clock. There is a voice recorder, and a version of the ever popular Snake alongside a Sudoku game to keep you amused. 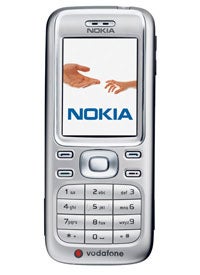 The handset is quoted as offering four hours talk time and more than two weeks on standby. Time constraints meant I wasn’t able to complete a continuous music playing battery test on this handset, but I doubt in the real world that users looking for prolonged music playback would choose the 6234 anyway. This is more of a mid range all rounder than a music fan’s phone.


In real-world usage performance was OK but not outstanding. The phone maintained a signal well enough, call quality was good, and it got me through a couple of days between recharges. I guess that will satisfy most customers looking for a mid range handset.


If you are looking for a small format 3G handset, don’t need a lot of internal memory or superb quality audio output, and wouldn’t mind a fair quality camera into the deal, then the 6234 is a reasonable choice. There are some neat touches like the noted Nokia Wireless Presenter software, and the presence of infrared as well as Bluetooth. It’s just too bad about the minimal internal memory and absence of a front facing camera, though.