Last year Nokia released its 6110 Navigator phone, the first in the company’s line-up to have dedicated sat-nav features and sport the Navigator branding. It came into my office along with a flurry of other mobiles and never quite made it to the front of my review pile but its successor, the 6210 Navigator, has. It isn’t widely available as I write this but I did find it from Vodafone for free on a £30 contract.


This handset looks rather like the 6220 Classic, which I reviewed at the tail end of July. That phone is a candybar, this one is a slider, but the general button design and shiny plastic front fascia make the handsets look like near-identical twins. 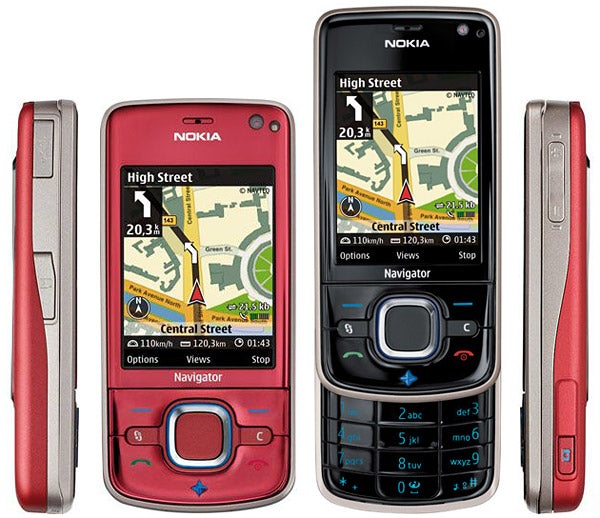 The key selling point of the 6210 Navigator, it won’t surprise you to hear, is its navigation features. You may remember that Nokia recently bought navigation specialist Navteq. Even before that acquisition was announced almost a year ago now, Nokia had already been addressing GPS and navigation with its work on Nokia Maps and the integration of receivers into its handsets.


So the 6210 Navigator is in many ways just a step along the road for Nokia. But it does represent quite a significant step in that it is a smaller, neater phone than the 6110 was, and shows that Nokia is getting a grip on how to do the GPS thing properly.


It is a shame, though, that while several other higher end features accompany the GPS, there is no Wi-Fi here. Nokia just doesn’t want to give away all its goodies at once too often, does it?


General handling of this phone is very positive. At 103mm tall, 49mm wide and 14.9mm thick it feels comfortable in the hand. Slide the number pad into view and the handset becomes about 130mm tall. It weighs an acceptable 117g.


The casing is undeniably plastic, and it may not absorb many drops from heights before it cracks, but that is not exactly a novel point to make about a mobile phone.

The key positioning and construction is generally positive. A huge D-pad is flanked by Clear and Nokia Menu keys. Call and End keys and two softmenu keys are large and easy to hit accurately. Beneath them and centrally located is the four-pointed star shaped Navigator key. Press this and Nokia Maps immediately fires up, the key becomes backlit with blue, and you enter navigation mode.


Open the slide and the number pad is accessible. Its keys are as large as the available area allows, and responsive to use. Texting at speed should not present many problems.

The screen is relatively large at 2.4 inches across the diagonal and its 320 x 240 pixels are no surprise. It needs to be sharp and bright to compete with dedicated sat-nav systems but, here, the screen is only a partial success. 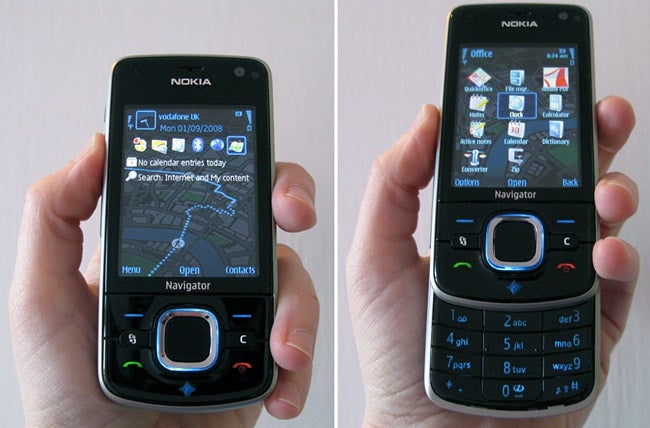 It did perform quite well outdoors but in direct sunlight, readability does suffer. If you want to use this handset for in-vehicle or pedestrian navigation and want to see the on-screen maps clearly, hope that it is not an especially sunny day.


The integrated GPS with A-GPS support works alongside a pre-loaded copy of Nokia Maps software. The handset comes with a 1GB microSD card that has local maps pre-installed. Less than 200MB of storage was occupied on my review sample card leaving you plenty of space for your own data. This alone won’t give you point-to-point navigation but the phone does come complete with 6-months subscription to Nokia’s point-to-point navigation service.


The HSDPA connection to 3.6Mbps is good for Web browsing and Nokia’s own browser copes well with websites. A menu option flips the Web browser into wide format – I couldn’t make the phone’s built in accelerometer do this for me, though it was a little flakey all round in my review sample. There is also, incidentally, what Nokia calls ‘turning control’. You can silence an incoming call or snooze an alarm simply by turning the phone face down. Not original, but potentially handy.

A front-facing camera caters for two-way video calling and the main camera sits on the back of the casing. There is no lens cover, but the lens is slightly inset from its surroundings offering some protection against scratching. There is a flash and autofocus. The side mounted camera shortcut button is a long way down the right edge of the phone – I’d have preferred it about a third of the way down where it sits more readily under the forefinger. You can use the central D-pad button to shoot instead though.


The camera shoots stills at 3.2-megapixels. Quality was not really up to what I’d expect, with all the photos losing refinement around the edges of the subjects. The coloured dish photographed under normal household lighting ought to have a white background, too, so the balance is a little off here. The dish itself is reasonably well reproduced, though. 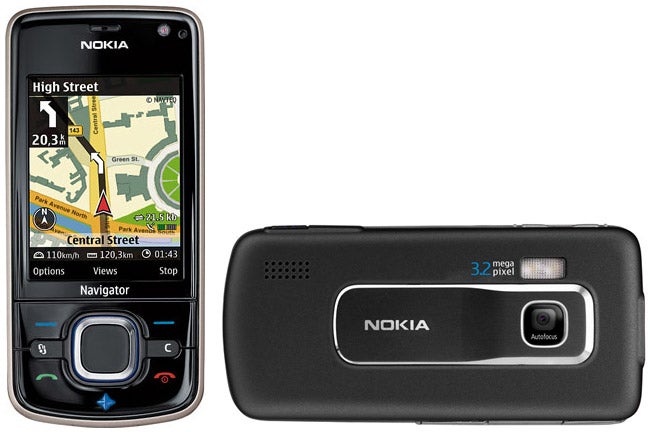 Outdoors, things are better. The whites of the chair are pretty accurate, with minimal signs of any colour shifts, although some highlights are blown out. Colour-wise, the tomatoes aren’t too bad either, but it’s easy for the autofocus to get a little confused, especially at close range. Overall, though, we have seen better results from other cameraphones.


The phone plays music of course. Its 120MB memory is augmented by the provided 1GB microSD card. The headset connector is a 2.5mm type and is one-piece. There is also an FM radio if you get bored of listening to your own tunes.


A microUSB connector sits on the left side of the phone. Nokia doesn’t provide a cable but if you get one you’ll be able to access the handset’s memory from your PC.


There is a huge array of additional features, as you would expect in a Symbian S60 3rd edition handset. In the Office folder, Nokia provides such goodies as QuickOffice (licensed only for viewing and not for creating documents), the Adobe PDF reader, a note taker, calculator, calendar, unit converter and Nokia’s ActiveNotes software, which lets you create notes that contain images and other objects.


Among the array of extras on the handset, you’ll find Nokia’s podcast downloader, support for Widsets, mobile email, calculator, voice recorder and a couple of games including one that uses the accelerometer.


The camera’s sharpness and indoor performance is a bit lacklustre, which is a shame, but if you want integrated GPS in your phone and fancy half a year’s free trial of point-to-point navigation, this could be what you need. 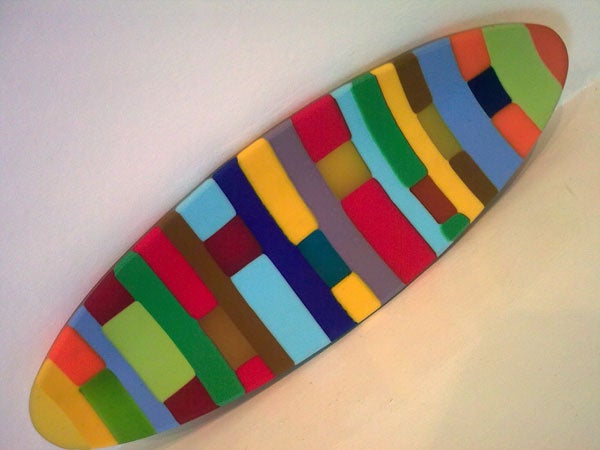 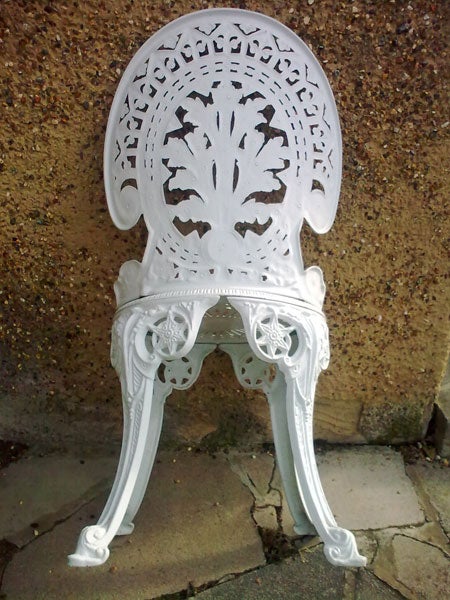 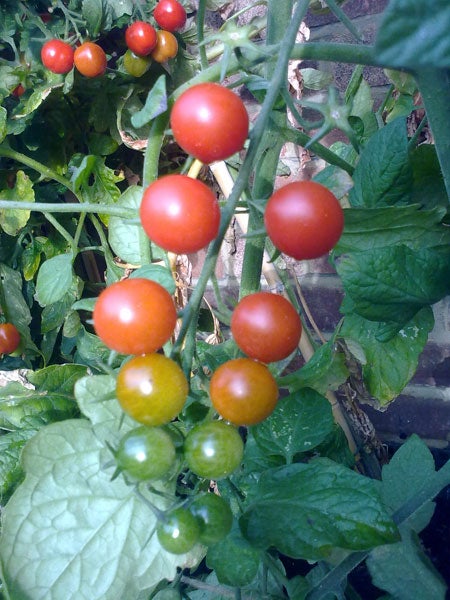