The last time I looked at a clamshell handset from Nokia I was not exactly bowled over by the design. The N71 was just too big and cumbersome for me. But this week I have decided to try another clamshell from Nokia, the 6131. This was sent to me by T-Mobile, keen to publicise the fact that its web’n’walk service has recently become available on some pay as go you go handsets.


The deal is that you buy your handset, £159.99 in this case, choose your pay as you go tariff, and then on top of that use the web’n’walk service to browse the Web. You will be charged no more than £1 a day, however much you browse. Info on T-Mobile’s pay as you go tariffs and fair use policy is here.


Anyone who has used Web’n’walk before won’t find any surprises here. Choosing the service from the handset menu options takes you to the Web’n’walk home screen, where you can enter a Web address, drop a search term into a Google search bar or choose from a number of preconfigured links that includes eBay, Amazon, National Rail travel information, BBC and the Guardian for news, and plenty more. It is a very easy way to get to grips with the mobile Web with a minimum of fuss. 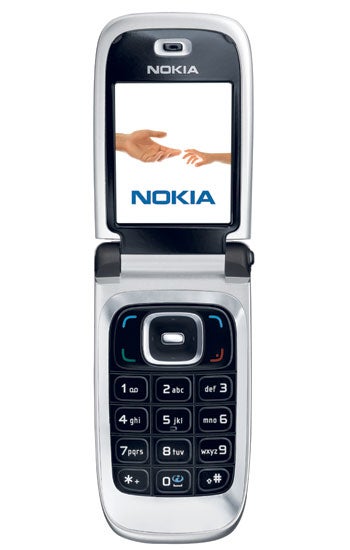 The 6131 isn’t exclusive to T-Mobile though, so check out other operators. You can also get it direct from the Nokia shop for £199 in various colour combinations: black, red and silver, sand and silver, white and sliver.


There were two things I liked immediately about this handset before even opening the clam. It is quite small, thin and light (92 x 47 x 20mm, 90g) and it has a fairly large front screen (1.36in corner to corner, 128 x 160 pixels, 262,000 colours). The screen size and resolution are reasonable for Web browsing, as they are for viewing other screen space hungry content.


Other plus points became apparent very quickly. In standby mode the front display just shows the time, but pop the camera button on the right edge and it becomes a viewfinder. The 1.3 megapixel camera’s lens is front mounted, so the front display can be used to frame pictures of yourself. While you have the camera running open the clam and the main screen becomes the viewfinder. Pop the camera side button again, and your shot is taken.


This system makes it exceptionally easy to take pictures and as someone who can often only be bothered with using a cameraphone if it really is just as easy as pressing one button, I appreciate that a lot. 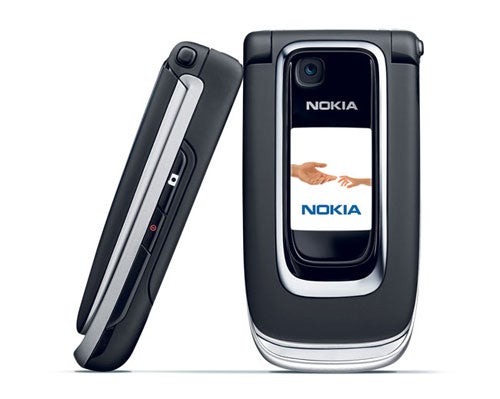 The camera has no flash or autofocus with zooming limited to a maximum of 8x digital. There is a little bit of shutter lag, though I have definitely seen worse.


Image quality is reasonable but I’d only want to use the camera for ‘shoot and dispose of’ snaps. Indoor shots were a little dark while outdoor ones were often over exposed. Among my test images, the flower has lost its vibrant purple and green tones (the shot was taken on a sunny autumn morning). Some of the brown tones on the cat picture are tending to pink and you can see the effect of the shutter lag on the blurred paw.


Images can be stored either in the internal memory, of which there is only about 11MB free, or on microSD cards. It is good that cards can be hot swapped but not so good that you have to remove the battery cover to do so, as the slot is hidden behind it on the left edge of the handset.

Having covered the Nokia 6131’s imaging capabilities let’s return to the design. With the clamshell closed there is a small button on the right side of the hinge. Press this in and the clam flicks open with a rather reassuring click. I like this, though I think it could do with a little refining – perhaps a smaller button would have been good.


Inside the clam the keypad is large and uncluttered. Enormous number keys, a big navigation pad, and large softmenu and Call and End keys are features every clamshell handset maker would do well to learn from (including Nokia itself if you refer back to the N71 review). The main screen is perhaps a little small at 2.2 diagonal inches, but its 320 x 240 pixels and 16 million colour support is particularly good for viewing multimedia content.


One thing I am not overly excited about is the fact that the 6131 runs Nokia’s S40 platform. This means it looks and feels rather different to other Nokia handset. There is an Active Standby mode for the main screen which you can set up to offer application shortcuts, or you can stick with a plainer home screen which itself offers six configurable quick-launches – four for the navigation pad plus the two softmenus. Hit the navigation pad’s central select button and the main menu screen opens. 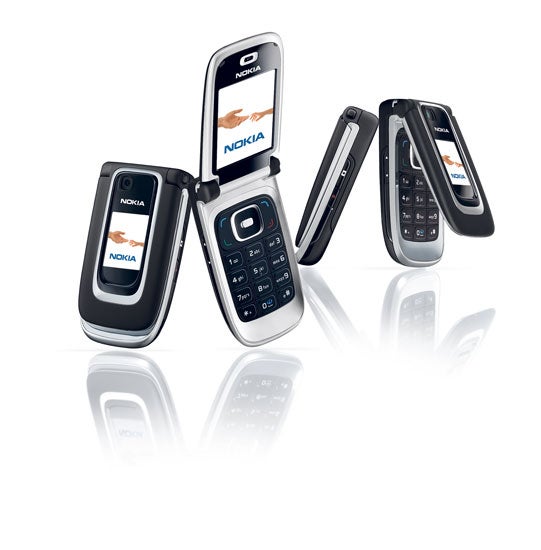 Despite its somewhat rare Operating System the 6131 offers the kinds of things you’d expect from a modern, capable phone. These include diary and contact management, email support, and the ability to synchronise with a PC using the PC Suite software, though you get neither the software nor a cable for that last task in the box.

Java is supported and it is great to see an FM radio on board, though perhaps being told to ‘connect an enhancement’ when switching it on isn’t them most polite way to remind the user to attach the antenna-containing headset.


There is a music player here too and an equaliser with two user definable settings, as well as a voice recorder, countdown timer stopwatch and three games – Snake III, Soccer 3D and a version of Sudoku.


Oddly for a handset which is not particularly aimed at professional users there is also a utility to control PowerPoint presentations via the handset’s Bluetooth. You’ll need to download the PC component of this software if you want to use it, as that is not provided.


I started off rather liking the 6131 because of its hardware design, and then going off it because of its Nokia S40 operating system, which is rather rare in the UK. In the end, though, I have come back around to liking it again. As a mid-range handset the 6131 is functional yet practical, even if you do have to download software to synchronise it with a PC and buy a cable for the job too. If you are keen to try the mobile Web on an ad-hoc basis and want a Pay-As-You-Go phone, T-Mobile’s £1 a day fee is excellent value. 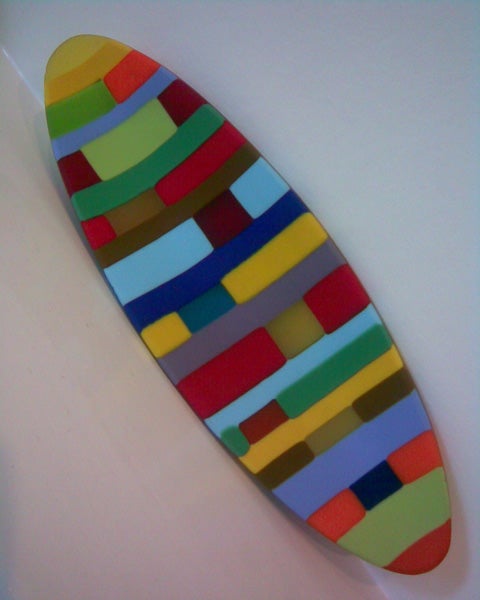 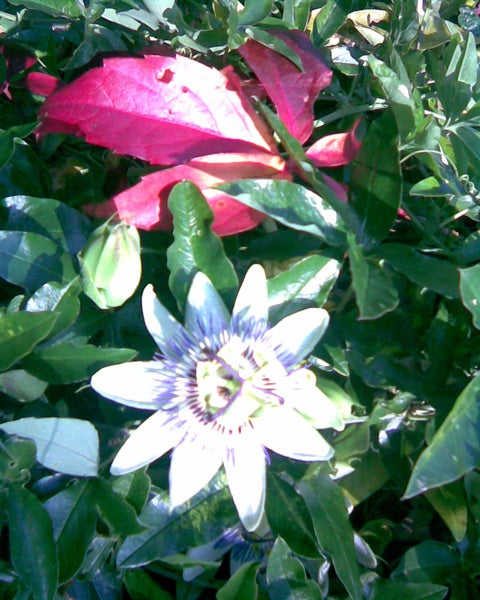 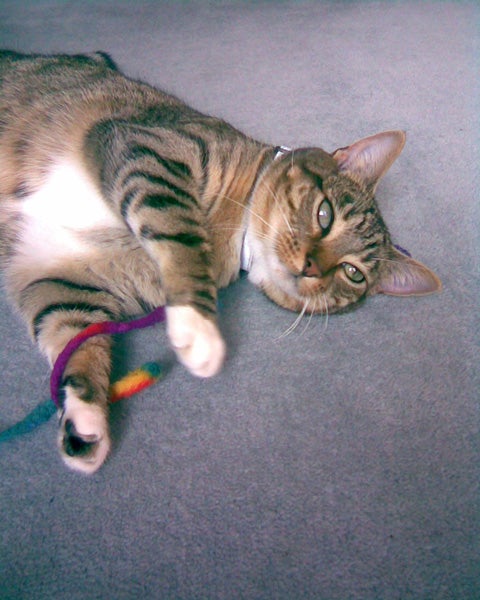 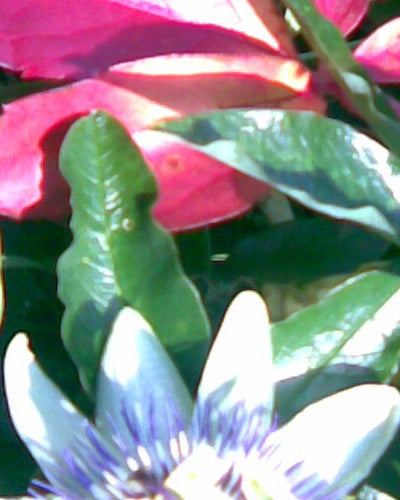