What is the Nokia 6?

The Nokia 6 is a higher grade of budget phone, similar to the Moto G6.

It costs £229, which is cheap enough for many to afford SIM-free, and lower than expected given the 279 Euro cost elsewhere. You’ll even find it for free on some mid-price contracts.

This is the second Nokia 6, but you wouldn’t be aware of this unless you’re a close follower of the phone market. It’s certainly the version to get, since it adds fast charging, a newer CPU and improved battery life even though the capacity remains the same.

However, its 16:9 screen will likely appear “out of date” fairly soon and it doesn’t have the best camera in this class. 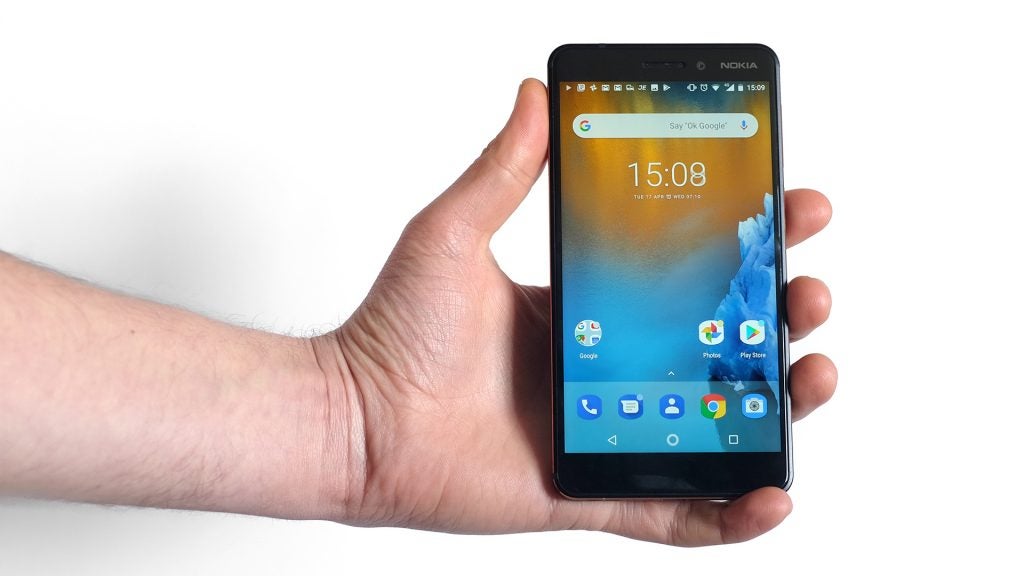 The Nokia 6 is one of the better-made phones you’ll find at this price. Like the previous version of this device, the design isn’t particularly exciting, but it feels solid.

Its back is a unibody piece of aluminium; the front Gorilla Glass 3 with 2.5D curved edges. That curve is just there for the look, though. The aluminium parts your hands actually touch feel quite hard and sharp.

Just under a millimetre of each edge is bevelled, with bronze highlights shining through to stop the Nokia 6 becoming a sea of featureless black aluminium. It’s more subtle than the way in which phones such as the Huawei P20 Pro try to stand out.

This newer Nokia 6 isn’t as long as the older version, reducing some of the border above and below the display. However, the phone’s surround isn’t slim and its shape actually makes the device appear quite squat.

I’ve no doubt that I feel this way because I’ve been using a lot of 18:9 phones recently, but this is an issue with most new 16:9 models – they’re likely to look more dated with each passing month. 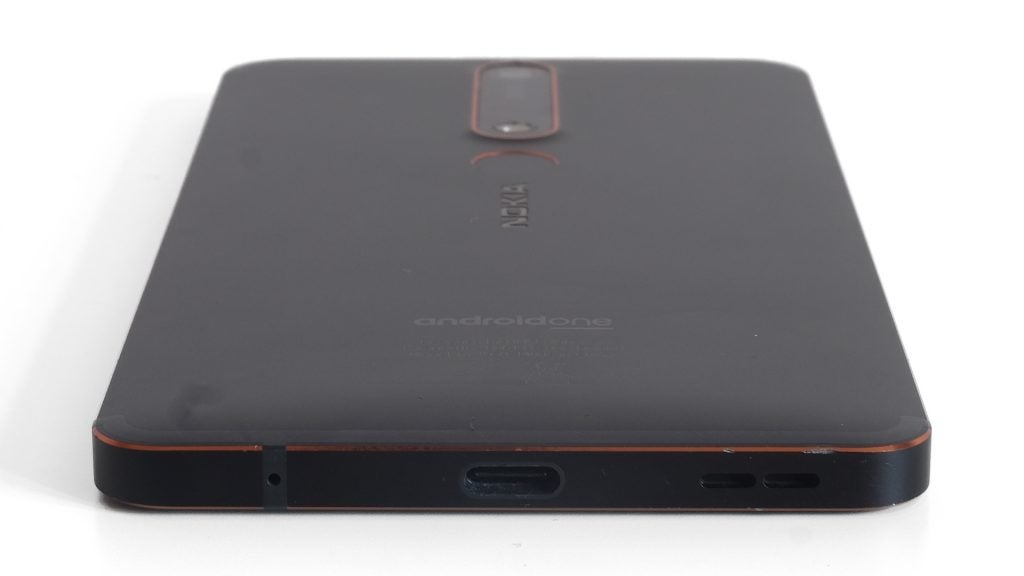 Elsewhere, the handset is up to date. The Nokia 6 has a USB-C charging socket along its bottom edge, and there’s a fingerprint scanner on its rear.

Bizarrely, this scanner performs worse than that of the old Nokia 6. It sits too low for comfort, resulting in you having to reach down with your finger. It makes you wonder whether Nokia’s partnership with Zeiss demands a certain degree of logo prominence. But even then, there’s plenty of blank space on the camera housing between the Zeiss logo and the scanner.

The Nokia 6’s side buttons aren’t great either, requiring too much force to initiate an action. Are these significant concerns? Of course not – they’re minor niggles that you’ll soon get used to – but it’s wise to jot them down if you’re totting up a list of pros and cons. 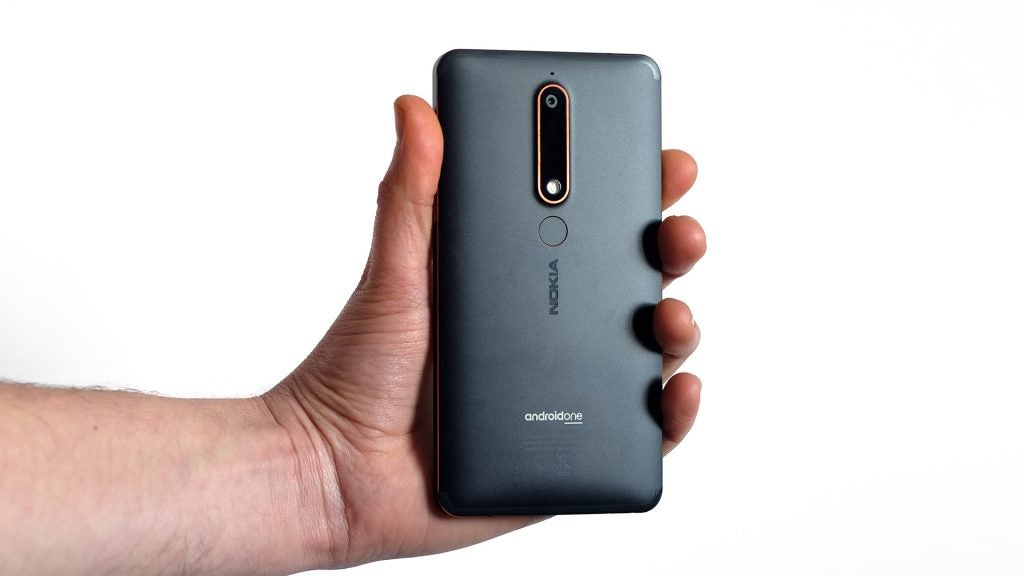 One of the most notable parts of the Nokia 6 is the screen – as a result of what it lacks. This is a 16:9 screen, and it arrives just as every other phone is switching to 18:9.

The Moto G6, Huawei P Smart and Honor 9 Lite all have the latter, and we expect others to follow. Such phones simply add an extra 240 rows of pixels to alter the shape, and you end up with a screen that fills up more of the front. 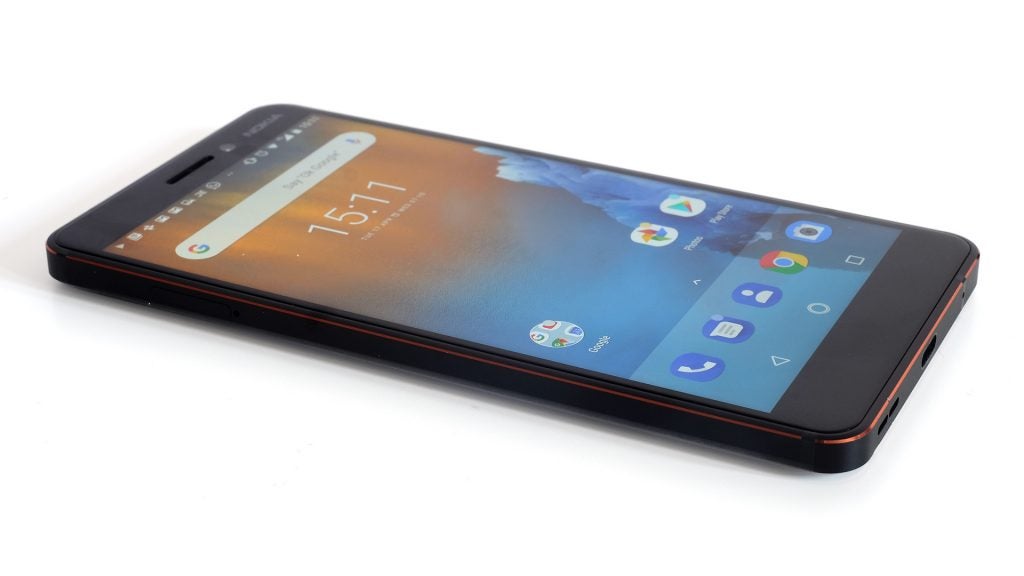 However, since Nokia has also trimmed down the top and bottom borders on this device, it’s more an issue of the device’s overall look than anything else.

Actual display quality is solid. The Nokia 6 has a 1080p screen that looks super-sharp, even at 5.5 inches. I was also pleased by how well the backlight holds up in bright, sunny conditions. Outdoor visibility is sound.

Colour reproduction is solid, too, although you can’t tweak the saturation levels as you can with some rivals. Similarly, there’s no colour temperature control; the tone looks a little cool to my eyes.

The Nokia 6 does have a night viewing mode, however. Normally, these make a phone display look quite warm, but in the Nokia 6 it’s flat-out orange. The concept here is it reduces the blue light, the band that most affects your sleep patterns should you use the phone before bed.