Riyad and I are both suckers for kit designed with athletes in mind. Neither of us breaks any records with our sporting endeavours, but we are both keen and, being geeky and proud, we both like to track progress (or lack of it) using different bits of technology. We were both intrigued by the Nokia 5500 Sport because of its claims to assist with monitoring and recording sporting activity.


The 5500 Sport is not the first handset Nokia has produced for the more actively inclined. You may remember the 5140, which was also designed with the outdoor user’s needs in mind. Nor is Nokia the only company to see a market in this sector. We are waiting for Sony Ericsson to send us its new W710i, which also has its eye on sporty types.


The Nokia 5500 Sport hardware has been designed to be impact, water and dust resistant and the casing is a mix of metal edging and rubber with no holes into which dust or water could get. 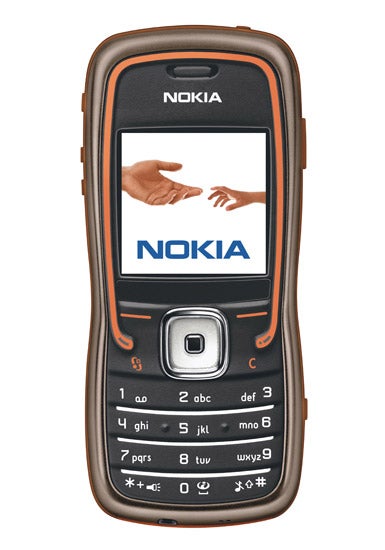 This means that the number pad on the front of the casing is flat. I’m not the biggest fan of flat number pads as they can make it difficult to know if you’ve actually hit the keys you want, but ridging in the design and definite audible and tactile responses when you press keys means that it’s not a problem here.


The Call and End keys are the left and right ends of a raised band that frames the left, right and top edges of the screen. The band is coloured white on my ‘dark/grey’ version of the handset though there is also a ‘light/yellow’ version where it is, well, yellow.


Buttons on the edges of the handset are kept to a minimum – on the left there are Push to Talk and volume buttons, while on the right there’s an ‘instant swap’ button, the Nokia edit key and an infrared port. 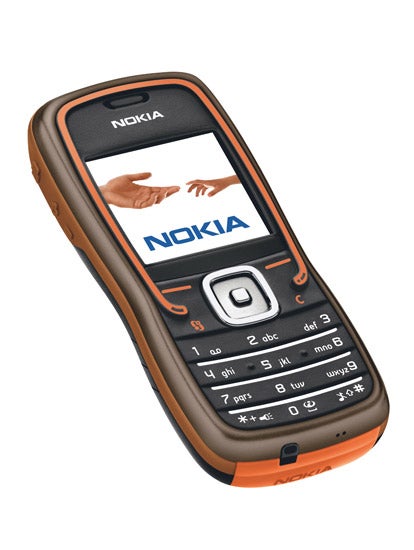 At the top is probably the smallest power key I have ever seen and a bright LED torch that’s activated with a simple press of the * key from the main screen.


The battery cover is one of worst I have ever seen. It incorporates a flap that protects the Pop-Port and headphones connectors on the bottom edge of the screen. This is fair enough as these are holes through which dust and water could get in, but it locks in place via one of those horrid slotted screws that you need a coin to get at. Several sized coins will do the job, but I couldn’t twist the thing with a fingernail.


The Nokia 5500 Sport is tri-band and features Bluetooth and infrared built in. It is small and light – 103g and 107 x 45 x 18mm. The standard version, which I had, comes with a rather measly 64MB microSD card which, in the interests of dust and water resistance lives under the battery. Inserting it is a must as it has some good extra software on board. There is a Music version of this handset which ships with a 512MB card.

So what about this sports lark, then? Well, the handset comes preconfigured with a ‘sports mode’ designed to track five types of activity: walking, running, cycling, rowing and stair stepping.


Your first task is to tell it your gender, age, height, weight, endurance level (low, moderate, high), max heart rate for training, and resting heart rate. It uses some of this information in conjunction with its built in pedometer to calculate distance travelled during exercises on foot – i.e. running. 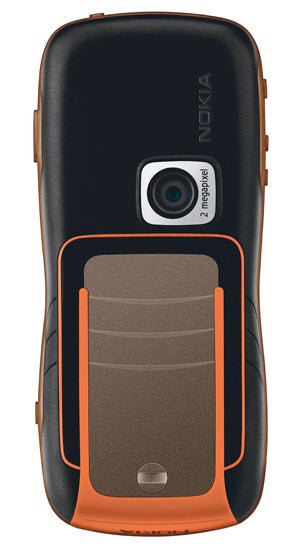 For the pedometer to work you have to wear the Nokia 5500 Sport on the provided belt clip. It wasn’t as sturdy as I’d have liked and I found it rather awkward.


More of a concern is that the pedometer uses an average measurement of stride length based on height. This is unforgivable for any kit that claims to measure distance travelled. Even cheap high street bought pedometers ask you to calibrate your own stride length. As for its use when you are cycling, I doubt average stride length bears any resemblance at all to cadence and distanced travelled on a bike.


Unless you are running on a very uniform surface such as a track or treadmill and happen to have an average stride length the pedometer isn’t going to be anywhere near accurate. My own off road stride pattern varies enormously. You can pair with a GPS antenna for more accurate distance measurement, but that requires buying – and carrying – additional kit.


Distance travelled is worked out on the basis of the pedometer readings, and during testing it varied a lot when compared with information delivered by a Timex Bodylink system I reviewed last August and still use.


Similarly, information on calories burned is a calculation rather than an accurate measure. And despite your ability to give the Nokia 5500 heart rate information it has no way of measuring this on its own and it can’t talk to a heart rate monitor so it can’t work with heart rate zones to help you maximise effort.


In fact, and this is my final pop at the pedometer, its best use is probably with the provided Groove Labyrinth game in which you tilt the phone to move a marble around a series of ever more difficult mazes. It is addictive, and I don’t often say that about handset games. 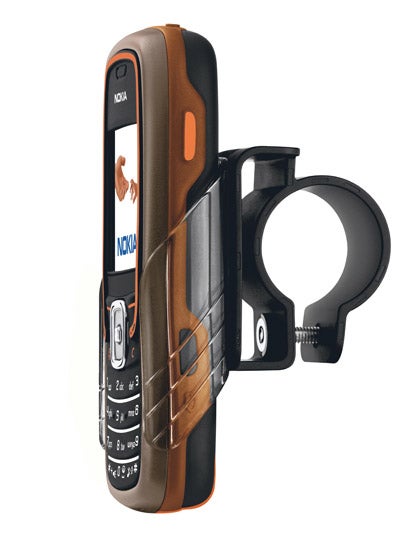 You can use the sports software to build a diarised exercise regime based on a number of different targets. These are no more sophisticated than the plans running magazines or web sites offer. The only real benefit offered here being that a training diary is automatically created for you.


You can slap the handset to get it to perform various tasks. While you are exercising a tap will get the phone to give you some performance info. If a text message comes in, a tap up to 30 seconds later will result in the message being read out. When you are listening to music you can pause, resume and skip tracks.

The already noted ‘instant swap’ button lets you cycle between music player, training software and the front screen of the handset. The screens are colour coded – green, red and blue respectively and as you swap, a light behind the navigation button glows green red and cool white respectively. This is a feature I like, though given that you will be wearing the 5500 on your belt while training you’ll have to do some clever contortions to see the colour changes.


In addition to all this sporty stuff the 5500 is a also serious smartphone. It runs Symbian S60 third edition, which means you can do all the usual smartphone things, such as synchronising Outlook. PC Suite does not come bundled with the handset so you’ll have to download it. At least you get a PC connection cable. There is also a PC application for analysing data you capture on the handset – Nokia Sports Manager, but you have to download that too. 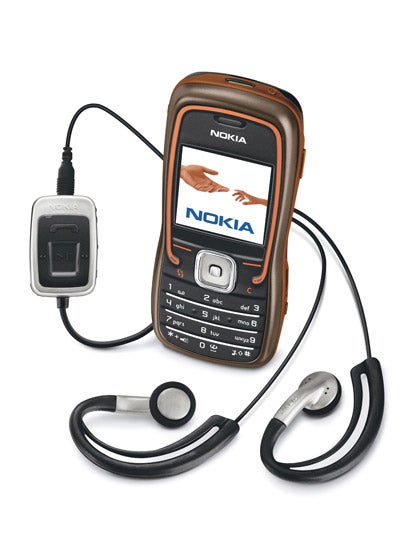 However, for serious smartphone use the Nokia 5500 Sport falls short of expectations due to its small screen. At just 208 x 208 pixels and about 1.7in it is a bit squeezed for diary viewing. Also if you are a fan of mobile web browsing, pages are going to be seriously small. Setting the font size down to its smallest helped, but the tiny text is not easily readable.


Additionally, there’s an FM radio and of course a camera. Its flash-less and lacks a self portrait mirror. It coped better outdoors than in, with indoor shots decidedly lacklustre. In the two images of flowers, the orange, blue, white and pink are all reproduced well, though my reference shot of the coloured tray taken indoors is grainy.


Battery life was quite good. Forcing the screen to stay on I got six hours 43 minute of continuous music played from a memory card, and the volume output was very, very loud.


The bottom line has to be that if you want to get fit and would like some tech to monitor progress, look elsewhere. The Nokia 5500 simply isn’t accurate enough to help you train seriously and this is why it has scored so low.


On the other hand, it is a small and neat phone with S60 third edition smartphone capability, and so is very capable. It will appeal though to tradespeople such as painters and decorators, where a waterproof, dustproof handset will be just the ticket. 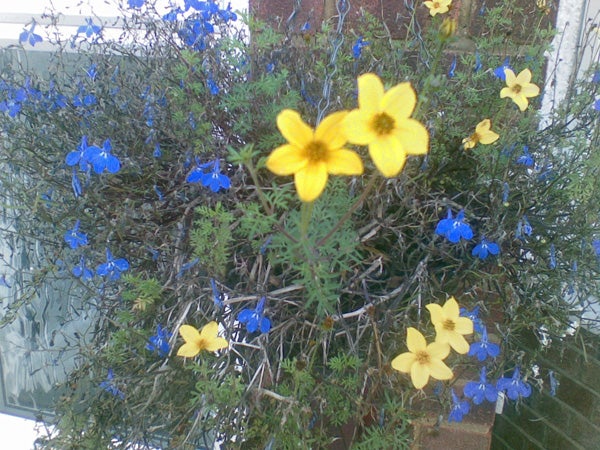 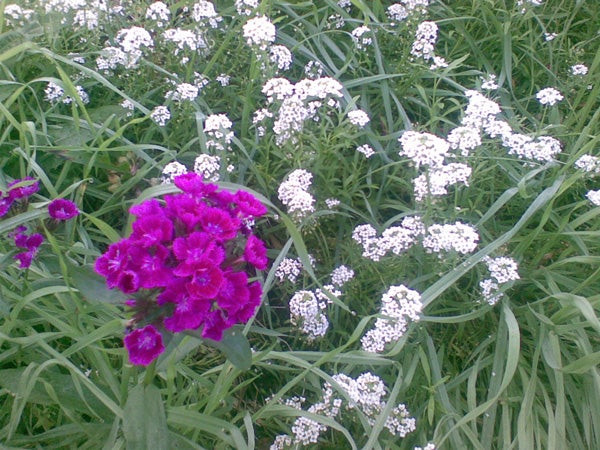 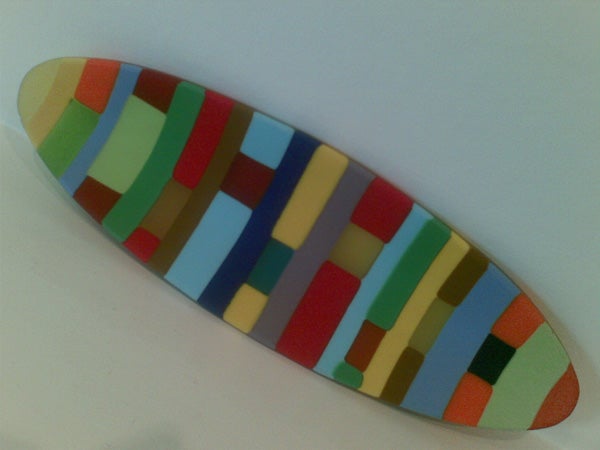 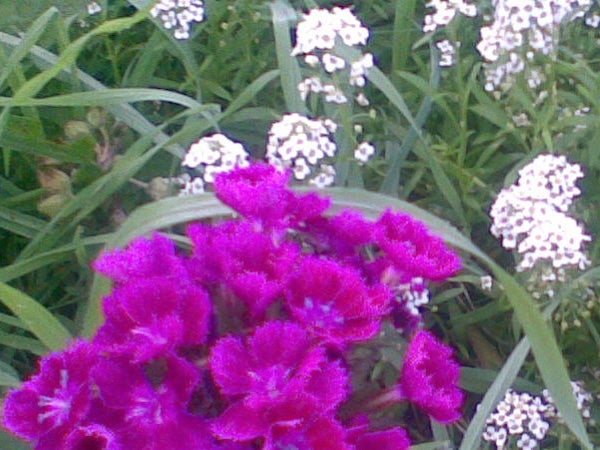