With most mobiles making a stab at music playing, and some doing the job really well, to style a range as specifically about music seems a little bit like kicking other, sometimes pretty nifty, music playing mobiles in the teeth. To do so when some of the better music mobiles come from your own stable seems bizarre. With that in mind, I’ve generally formed a fairly ambivalent view of the XpressMusic range so far. Add to that the fact that the design of handsets in Nokia’s XpressMusic range is a little, er, quirky at times, such as with the 5700 XpressMusic and I feel pretty justified in being nonplussed about the range.

Where the tri-band 5310 XpressMusic scores over its predecessors is not in being a better music player than any other mobile, or in having a superb set of features generally, but in being a really nice looking and well designed phone.


The black, slate grey and red livery of my sample handset is really striking, while the crimson coloured aluminium flashes down the left and right edges of the screen are very eye-catching. You could go for navy blue instead of crimson, but that is a much less flashy option and doesn’t do the side bars justice in my view.


The left crimson edge houses music control buttons, which are marked out in sliver that dazzles against the red backing. This concept of a separate coloured panel for screenside mounted music buttons is one that runs through the XpressMusic range, but it has never been as neatly implemented as here, thanks to the metallic shine of the crimson flash, and to the fact that this is a thin mobile phone.

The dimensions; 104mm tall and 45mm wide, might not cut much ice with those used to very similar candybar handsets. But at 9.9mm thick the 5310 XpressMusic is impressively slender. It is light too, at just 71g.


The default black, red and white theme looks good on the 320 x 240 pixel, 16 million colour, 2.0-inch screen, and beneath this the number pad keys are individually shaped and curved upwards towards their centres, making them easy to press at speed. The navigation pad is relatively small, but it is curved inwards towards the select button, so that using it is not difficult.


So far, so good, but things deteriorate in some respects when you delve beneath the appealing fascia and neat design, and start to examine the features.

This is a Symbian S40 handset, so it lacks all the smartphone goodies that S60 mobiles pack away and comes with a lesser set of applications. It does have a calendar, mobile email support and a Web browser among its software, though. Well actually, it has two Web browsers.


Use the Web icon on the menu screen and you are directed to the S40 browser which is pretty average in quality. Delve into the Apps folder and then into a folder called ‘Collection’ and you find Opera Mini, which is a far better browser.


The phone will synchronise data with your PC and you get the USB cable and software required for this job.


There is an FM radio, and you can use the side-mounted music control buttons to flick through saved stations. The radio software can produce a library of stations automatically so that you can be up and running with the radio within seconds of switching the phone on.


Built-in memory is limited to a rather paltry 30MB, but Nokia provides a 2GB microSD card to give you a fairly generous amount of storage right out of the box. Cards live in a slot on the right side of the phone, and you need to remove the battery cover to get to the card.

Music playback quality was OK via Nokia’s bundled two-piece headset, and if you want to listen to the radio the headset cables function as the antenna. The in-line microphone module has a 3.5mm connector if you want to use your own cans instead of Nokia’s in-ear buds.


You can use your own headset at the phone end, too, as the connector here is also 3.5mm, and it’s worth noting that they will also double-up as the antenna for the FM radio. And joy of joys, Nokia has even managed to put the 3.5mm connector in the most sensible location – on the top edge of the phone.


Battery life proved fairly good. I got eight and a half hours of non stop music from a microSD card after fully charging the battery. 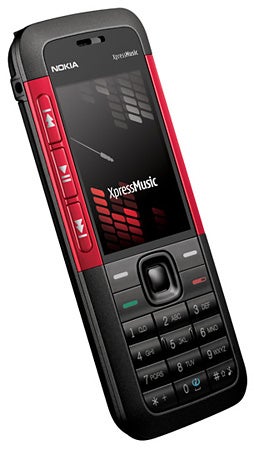 The camera is a less positive story. It has a 2-megapixel lens which puts it squarely in the average camp. It lacks autofocus, self portrait mirror or flash, and when framing photographs you have to hold the phone still to avoid your subject looking very blurred on screen.


It took about 12 seconds to save photos shot at two megapixels on the high quality setting. Not only was the wait really annoying during the testing period, it means there is no chance of you being able to capture a succession of candid shots of friends or family.


Images themselves are disappointing. The coloured dish, which I always photograph under normal household lighting and with the camera set to auto modes, looks washed out. Its colours are a lot more vibrant than the photo suggests. The chair lacks definition and there’s evidence of lens distortion along the top of the picture.


It is a real annoyance when a mobile is such an obvious mix of great design and poor features. If Nokia takes the thin look and striking outer casing of this handset and puts S60, 3G, a decent camera and Wi-Fi inside, it could come up with a consumer focussed mobile to rival the more business-like Nokia E51. 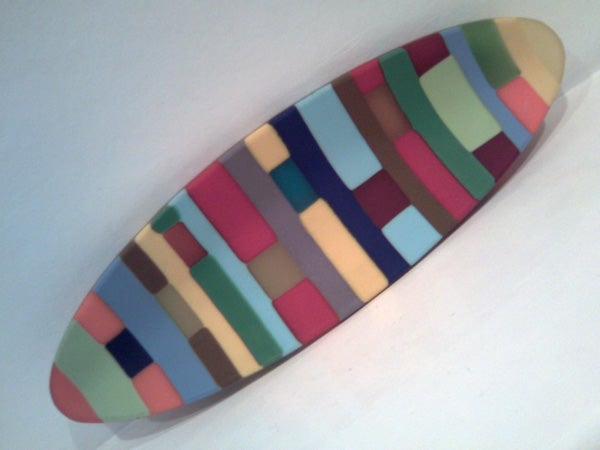 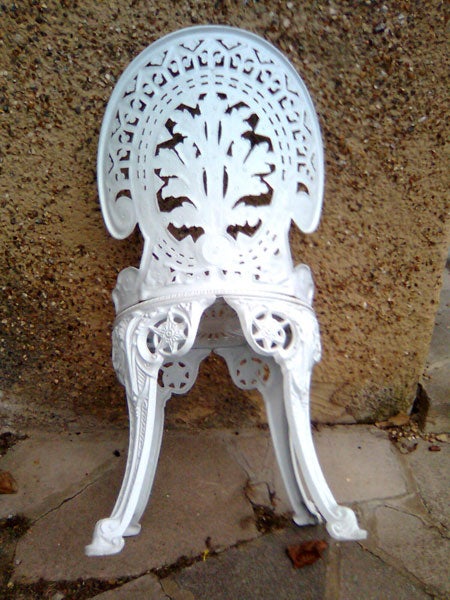