Nokia’s tri-band 5300 XpressMusic is, as its name implies, slanted towards those who like a bit of music while they are out and about. Now, there are plenty of Nokia handsets that can play music, but the company seems to think that in order to take on the mighty Sony Ericsson and its Walkman phones it needs to drop an indication of a mobile’s musicality in its name.


Nokia may have a point but fancy naming alone does not make a music-capable handset. To that end, the Nokia 5300 XpressMusic has some dedicated music keys, lets you use your own 3.5mm jacked headphones, and sports, says the Nokia online store ‘brilliant stereo sound, plenty of memory for tracks and loads of smart features for serious music fans’. Let’s see.


Plenty of memory – well, it is true that if you splash out on a 2GB micro SD card to pop into the slot under the battery cover on the left edge of the casing you do have a fair amount of storage. Out of the box you get a rather less generous 256MB card to augment the paltry 5MB of internal memory. 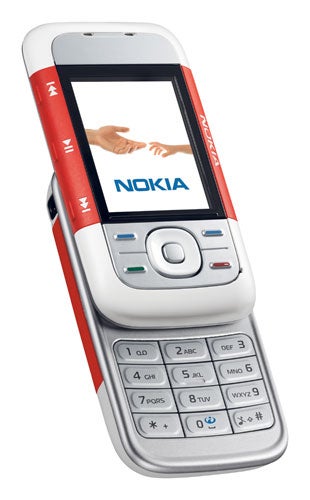 You can indeed use your own headphones with their 3.5mm jack. But instead of providing a two-piece headset enabling you to plug in past the inline controls and microphone, you get an L shaped 2.5mm to 3.5mm adaptor. This creates a bit of a bulge on the edge of the handset and sat awkwardly in my pocket. Give me a two-piece headset or a 3.5mm connection into the handset any day over these fiddly, easy to lose, adaptors.


On the sound quality front I am not convinced this phone is better than other Nokia handsets, and it is certainly not ‘brilliant’. Through the phone’s speaker on the back of the casing there is plenty of volume but at the higher ranges sound quality disintegrates.


Through the provided headset again there is plenty of volume, but music quality is still lacking. My trusty Sennheiser PX 200 headset sent music quality up a notch, but I still wouldn’t want to write home about it.


There is an equaliser with several presets and two settings you can make for yourself, but even tweaking this the quality of output doesn’t approach what you’ll get from a good dedicated music player.


Locating the speaker on the back of the handset, incidentally, means that when you put the phone down face up the sound volume falls, and its quality can be muffled and distorted.

So far, then, this is an average music phone. What I do like very much indeed are the hardware music control buttons, and the general ease with which you manage tunes, though here too all is not perfect.


You can use the provided PC Suite to get tracks onto the phone or just copy them onto a microSD card using a reader attached to your computer. Sadly Nokia doesn’t provide an adaptor for microSD to SD card and most readers will need one of these.


You don’t need to put tunes in a particular folder on your microSD card or manually import them into the phone’s music library. When you insert the microSD card into its slot on the phone, its music library is automatically updated with every supported file it finds. The phone plays MP3, Midi, AAC, AAC+, enhanced AAC+, and WMA formats.

When the player is visible on screen, music control is achieved via the navigation button which lets you pause, play and skip within and between tracks. Side buttons duplicate these functions when the music player isn’t showing. Take an incoming call and playback stops. It doesn’t pick back up again when the call ends, but when you restart manually it resumes at the point it paused. 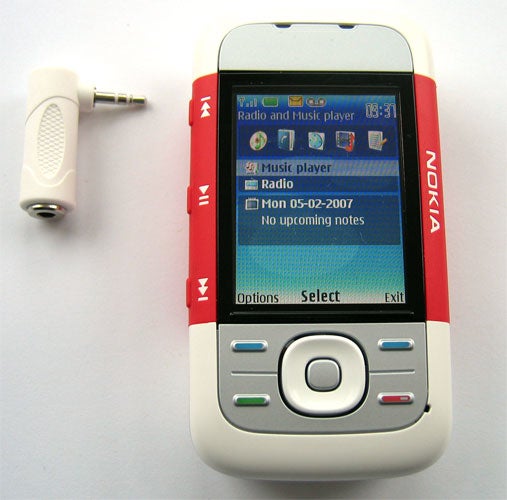 There is also an FM radio built in, and a game called Music Guess which uses tunes on the phone as the basis for guessing the track and matching clips from tracks. It didn’t hold my attention for long as I’d rather actually listen to the music.


A key factor to take into consideration when looking at any phone as a mobile music player, is battery life. The Nokia 5300 XpressMusic managed a shade over eight hours of continuous music from a full charge. Not bad for a phone but it doesn’t stand up well to dedicated music players.


There is more to this phone than music, of course and some of the rest is very impressive indeed. I am drawn to the superb 2-inch main screen, with its 320 x 240 pixels and 262,000 colours. And I rather like the slider design which makes for a tidy feeling phone in the hand and pocket. With the number-pad hidden the Nokia 5300 XpressMusic measures just 92.4 mm tall and x 48.2 mm wide. Open it up to take calls and it grows to about 125mm. It weighs just 106.5g. 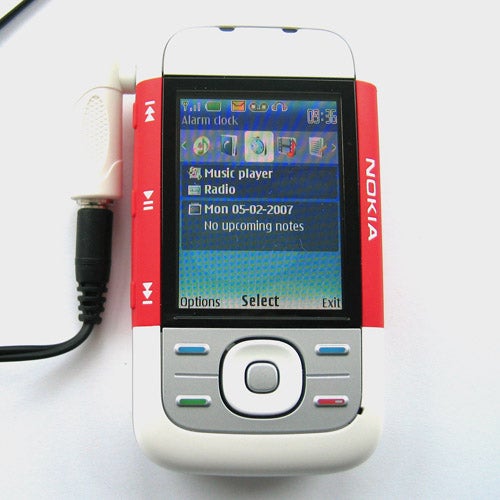 I also like the two-tone red and white colouring, but the plastic casing is a real turnoff. It just feels too tacky in the hand.


The camera is disappointing. It only manages a maximum image resolution of 1.3 megapixels, fared poorly at taking shots of moving objects and didn’t handle colours too well.


The snowdrops in the sample picture are overexposed, the colours of the dish, shot indoors with ordinary home ceiling lighting, are less vibrant than they could be. On the other hand the camera handles well. The screen flips into landscape format when you are ready to take photos, and the softmenu buttons are on hand for easy access to camera settings. There are some nice filters including one which turned a red rosy apple a rather unappetising grey/blue colour but had a pleasing effect on the coloured dish.

The Nokia 5300 XpressMusic runs Symbian S60 and has a range of applications associated with that operating system on board. There is a calendar, alarm clock, to do list manager, notes application, calculator, timer, stopwatch, email SMS and MMS, voice recorder, voice commands and a Web browser. The provided microSD card contains a couple of games to augment Music Guess (Snake III and Pro Snowboarding) and a little additional content such as handset themes and ringtones. Bluetooth and infra red are both built in.


I took a lot of the available space for this review to look at the music capabilities of this phone because that is what Nokia is talking up. In all honesty I can’t recommend it over other music phones I’ve seen, or over a dedicated music player and its low overall score reflects this.


However I do like it as a handset. Its ergonomics and general ‘usability’ are very good, it has a superb screen, is small in the pocket, and I like the slider format a lot. In terms of the latter this handset has probably knocked away the last chink in my ant-slider feelings. 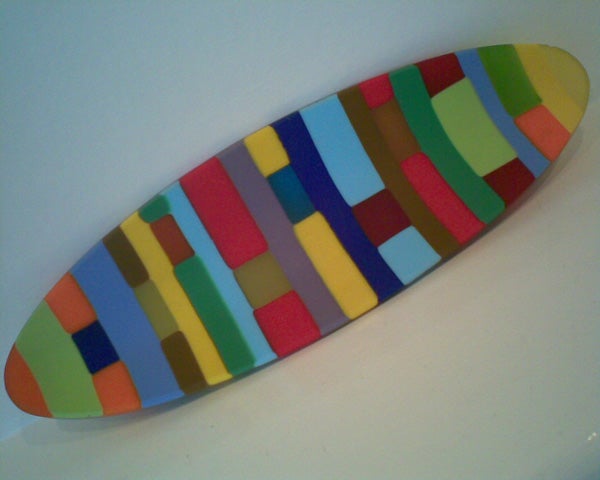 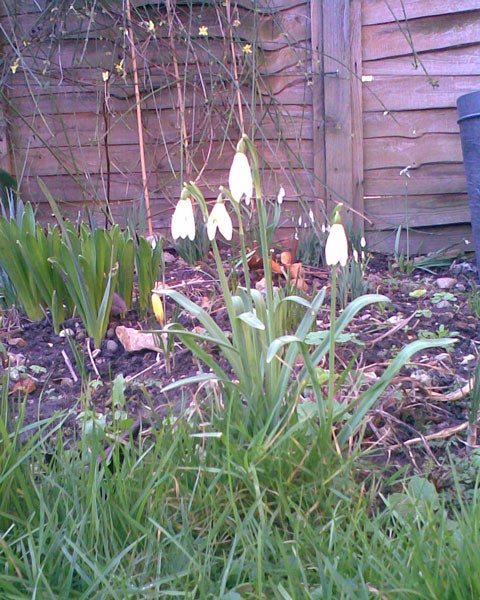 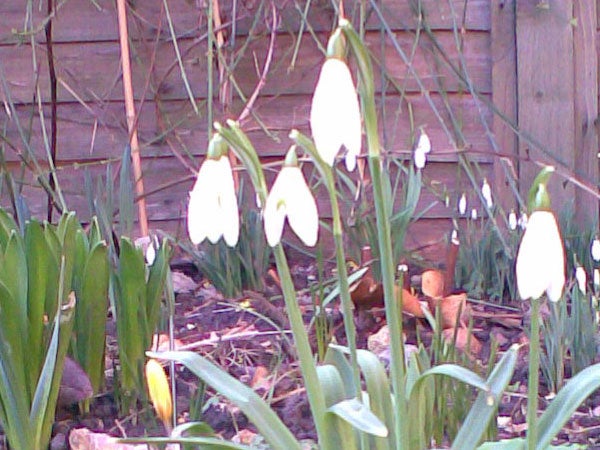