Finland has a lot to thank Nokia for. If you’re old enough to be able to remember the time before mobile phones became the pocket-sized multimedia life jackets they are today, you’ll remember that Finland only used to be famous for, er… well nothing springs to mind actually. But whereas a few years ago Nokia was big enough to see off the likes of Ericsson and more recently Siemens, it’s not quite the giant it once. Part of the reason for that has got to lie with the fact that it’s made some odd decidedly odd handset choices in recent years. It let Sony Ericsson overtake it for style, its early 3G offerings misfired, and its more quirky designs rarely convinced.


This brings us to the 3230, a phone that seems to have something of an identity problem. It’s a candy bar style phone, with an angular top half, curved button area and a grey and silver two-tone finish. It weighs 110g, so while it’s not as thin as something like the Razer V3, it’s not thick either. It has a smart business-like look and runs Nokia’s Series 60 operating system. Confusingly then its feature list contains some decidedly non-business applications, which left me a tad nonplussed on how to take this phone. 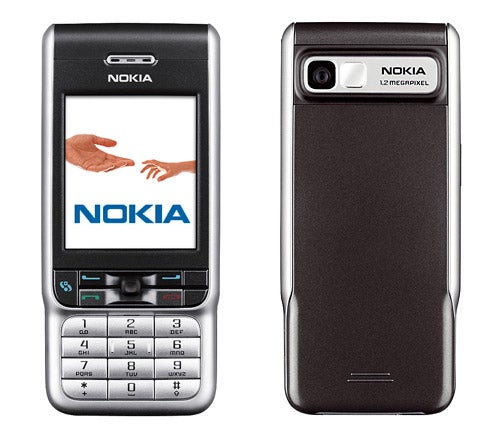 The handset is a standard 2.5G phone with Tri-band coverage at 900, 1800 and 1900 frequencies. It supports GPRS, but there’s no 3G shenanigans going on here. As such it makes sense that there’s only a single camera on the back. This has a resolution of 1.2Megapixel count rather than the now more common 1.3Megapixel. All this means is that maximum resolution pictures are 1,280 x 960 rather than 1,280 x 1,024. The former is actually a standard 4:3 resolution, though I’m not sure why Nokia has gone for one and not the other. Indeed Nokia itself seems a bit confused, as on its site we found a picture of the 3230 showing a 1.3Megapixel label, which is clearly isn’t.


There’s no flash built-in, but there is one as available as an accessory, though I can’t imagine that anyone who’s into taking pictures with their phone that much wouldn’t just go for a phone with a flash in the first place.

As you can see from the pictures, the results aren’t too bad in outdoor light, though in bright sunlight the highlights are very overblown. The indoor picture also showed a criss-cross line pattern but then again it was only a picture of a kettle, so no great loss.


The long top half gives the impression that the screen in extra large but in fact the 176 x 208-pixel resolution display is no bigger than previous Series 60 phones. It’s bright enough to be viewed outside though the display does dim rather quickly and there’s no way to adjust this.

The power button is at the very top of the phone. Press this once and you get a menu that gives you the option to power off, select a profile or lock the keypad. There’s no auto lock function that I could find though, which is something of an omission for a phone with an exposed keypad – it’s a pain that it has to be done manually every time.


While Nokia’s menu system is well known for its ease of use, it actually took me a while to get used to it, as I’m very used to Sony Ericsson phones. Indeed I’ve never actually owned a Nokia mobile phone myself, though I did get one for my better half to use once. The joystick is used to move around the icons but once inside some options you then need to move the joystick to the right to get to tabs containing other options. It makes sense once you realise this but if you don’t know this you could find yourself hunting round for options in frustration. 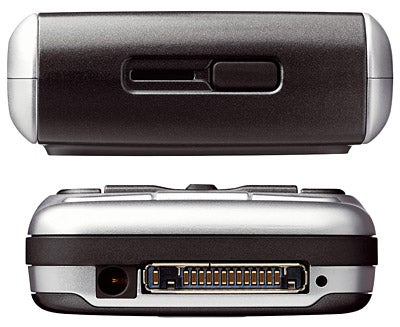 However, what really ruined navigation for me straight away are the keys. The central joystick is not large, but even worse are the seven keys round it, which are simply far too small to be used comfortably. Not only that but there’s a plastic feel to the keys that totally destroys the sense that this could be a classy choice of phone. It’s not badly made, but small plastic keys aren’t what you want from a professional tool.


Additionally, the labels on the keys aren’t directly positioned above the soft keys they apply to. This is worse than counter intuitive – it’s actually misleading. This meant that I was at first constantly pressing the wrong buttons. Below the soft keys are two dedicated keys for starting and ending calls – a doubling up that Sony Ericsson seems to manage without – with the soft keys used for the same function. The problem is that Nokia has insisted on the left soft key being used for the camera. 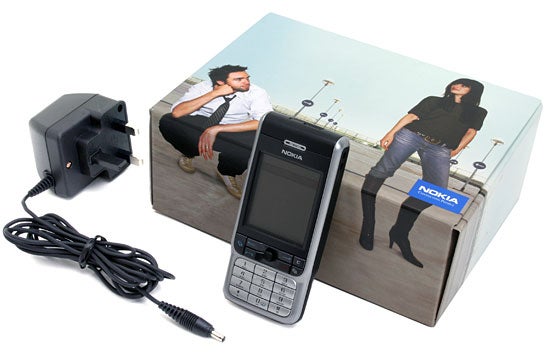 The reason for this is probably that the button at the side is dedicated to activating the Push-to-Talk function. Why this is a potentially great technology it’s not yet available in the UK so as it stands it’s a wasted key. Being able to programme this key would solve this issue, but it’s not possible; a real shame. The right soft key however, accesses a list of programmable shortcuts to frequently used applications.

One thing that I found quite difficult to get used to is the fact that if you hit the centre joystick, you’re not taken to the menu but instead go into Contacts. Instead, the 3230 has a dedicated menu key on the left hand side. That said, after a while I got used to this arrangement. Pulling down on the joystick also brings up the contacts menu, while pushing up activates the camera. To the right, displays the calendar, while to the left launches a blank text. One odd key on the far right of the joystick is the labelled with a pen – the edit key. This is used to turn Predictive text on and off and to insert a symbol. This is fine but the key only has a function when in text mode, and it seems something of a waste to dedicate a key to it.


The menu on the phone consists of fairly dull icons; I would have expected something a bit more jazzy for a new phone. The phone also seemed to be a tad more sluggish than I would have liked.

As I implied earlier the list of applications included seems more geared towards entertainment and fun though you can get many useful business applications for the Series 60 OS that you can add on.


Three games are included, two of which are good fun. Agent V in particularly is noteworthy as it overlays Tron-like 3D images over the camera making your targets appear as if there really in there – it’s really very cool. Muvee is another fun application that automatically mixes images and videos on the phone to create mini movies complete with effects and music. It’s great fun at first but you’ll get bored after a while. I’ve also never seen a image and video editor actually on a phone itself – enabling you to perform limited cropping, rotating and cutting your content without a PC.

Despite the relatively slender housing there’s actually an integrated FM tuner included though you have to use the included headphones as they act as the tuner. The applicatoin is called Visual Radio, which is intended to supply synchronized images to the music, but it requires station support and hasn’t arrived yet in the UK. It is listed as coming soon though for Virgin Radio. Sound quality was decent enough but I had to move outside to get most stations and the tuner function didn’t pick up stations automatically – I had to enter the frequancy manually.


The 3230 also has features that I’ve never seen before called Presence and Positioning. The former offers Messaging like awareness status of friends while the later offers the ability to track your phone down via triangulation – a kind of GPS super-lite. Neither is supported currently on UK networks however, so I couldn’t test them.

The 3230 offers a talk-time of four hours, a standby time of 150 hours, and full charging in and hour and a half. Battery life was just about reasonable and I had to charge every second day or more frequently with heavy use – call quality was fine. There’s 6MB of internal memory and the phone uses RS-MMC cards for extra storage with a 32MB card provided and this is hot swappable by taking the cover off, even with the phone on. 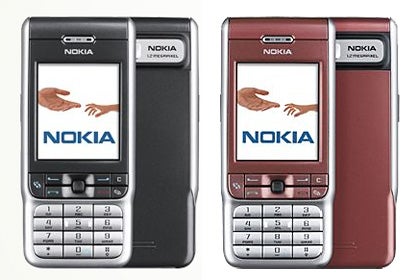 Bluetooth is included and I was able to pair with my Motorola HS850 without issue. However, to get it to answer calls automatically when I opened it, as I do with my V800, I had to tell the phone to connect to the headset automatically without prompting, even after pairing. This is an extra step that isn’t necessary with Sony Ericsson and seems redundant to me.


I have to admit that my initial scorn for the 3230 was worn down by the wealth of features, which are plentiful and on the whole fun. However, thanks to the Series 60 OS, it can be used as a serious tool and applications such as Navicore’s GPS system could be used with it. However, the some of the included applications have only novelty value, and some are not supported in the UK. There’s also no getting away from the fact that the phone looks and feels more like a toy than a tool. This is probably why it’s already available for free on contract form Vodafone and 02.


If you ignore the Smartphone tag, the 3230 impresses as a fun 2.5G phone with reasonable battery life and a wealth of features. On that basis it’s worth considering especially as it’s available on contract for free. However, as a business phone it falls short – the keys are far too small and it just doesn’t feel like a quality product.